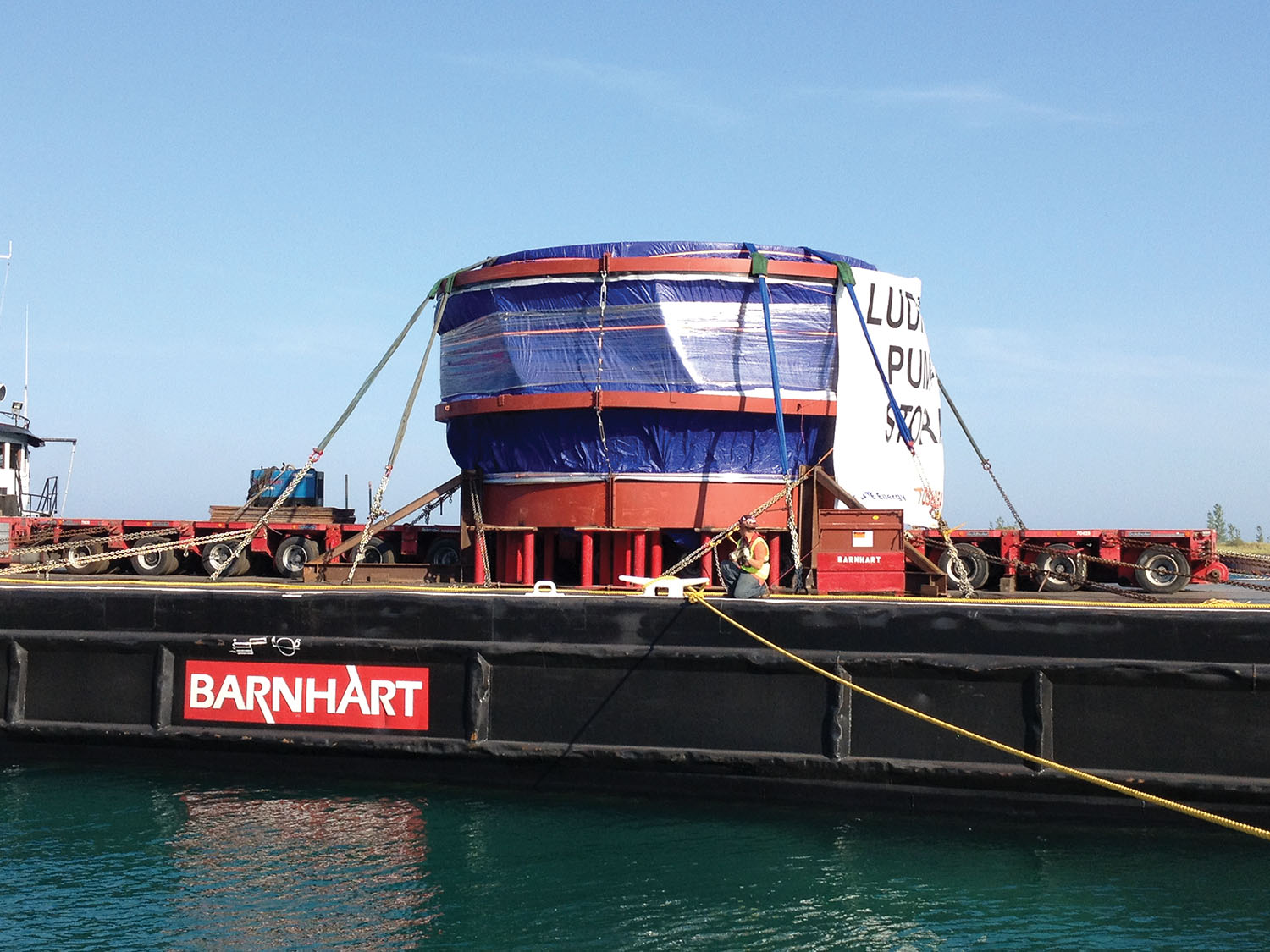 Barnhart’s scope of work included transporting the components from the Port of New Orleans to the Illinois International Port District in Chicago, Ill., where the equipment was shipped via a second barge up Lake Michigan to the plant site.

“Every project we undertake is critical,” said Jeff Latture, senior vice president of sales and marketing for Barnhart. “All are significant; however, jobs like this water runner transportation project—with so many moving parts over such a long period of time—are especially gratifying to complete successfully. This job was an excellent reflection of the innovative team approach to serving our customers that really sets us apart.”

Arriving by a heavy-lift vessel from Shanghai, China, the water runners and wearing rings were offloaded to a hopper barge in New Orleans for transport to the Chicago. Barnhart said it used the hopper barge because of the 19-foot-above-water-level cargo height restriction set in place at the Lemont Bridge on Illinois’ Des Plaines River.

The cargo was transloaded to Barnhart’s deck barge in Chicago by way of a Demag TC3000 truck crane, with a 138-foot main boom and full superlift. Barnhart, which has its own fleet of barges in Chicago, said the components were later rolled off at the plant site using a 14-line, single-wide PSTe Goldhofer transportation unit to a 410-ton gantry crane at the power plant before being offloaded and staged for placement.