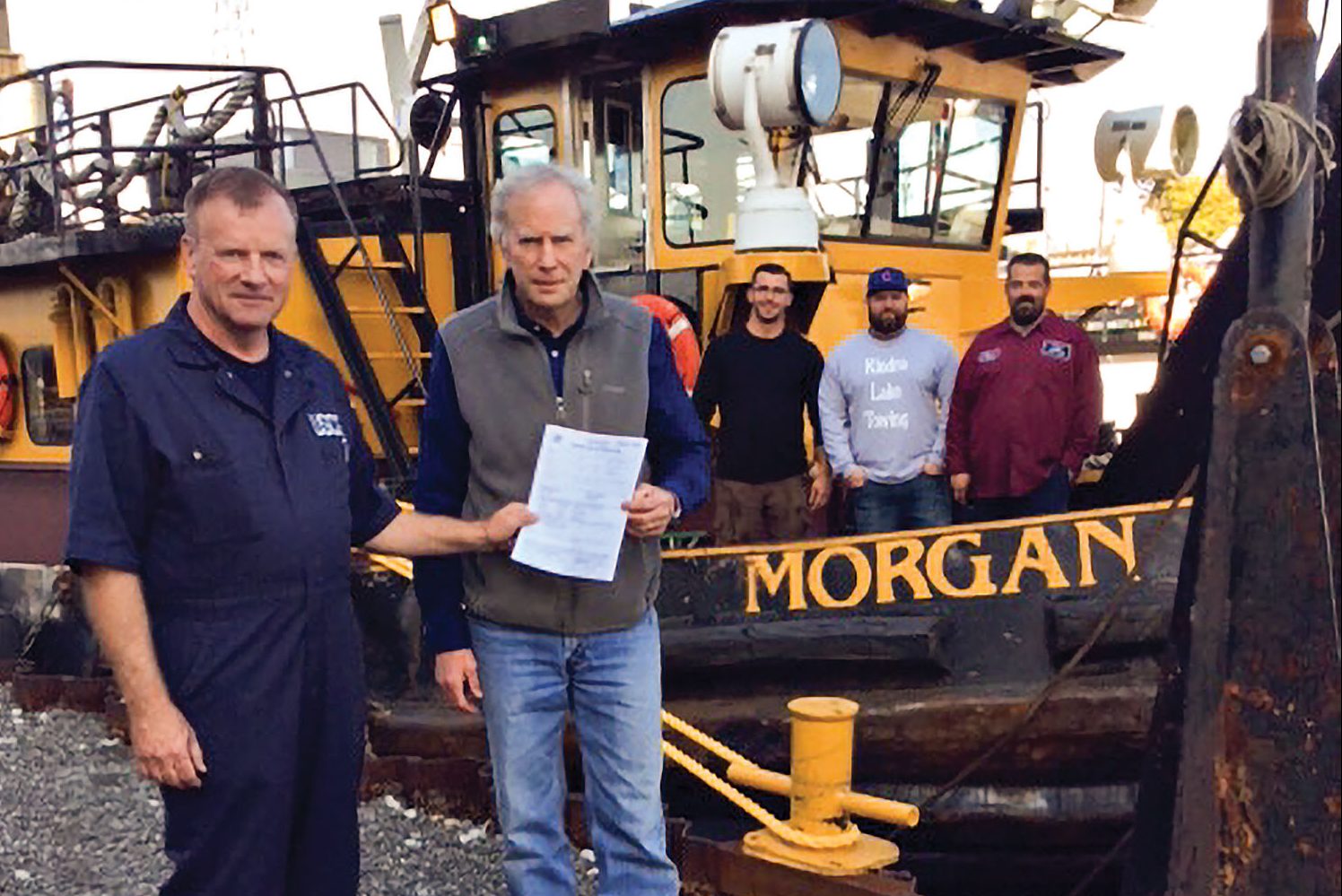 Kindra Lake Towing LP, Chicago, Ill., announced that it received its first Certificate of Inspection (COI) for the mv. Morgan on October 31. The COI was presented to John Kindra, president of Kindra Lake, by Jeff Carie of Marine Safety Unit-Chicago in front of the crew of the mv. Morgan.

“We began the process to become compliant with Subchapter M over two years ago,” said Don Campbell, general manager of Kindra Lake Towing. “As a result, we decided for our inspection, we would go with the Coast Guard option as opposed to a third-party organization.  Because we worked hard to prepare for the audit along with participation in the AWO Responsible Carrier Program, the process ran smoothly.  The Coast Guard option proved to be the right choice for us.”

The mv. Morgan is a twin-screw towboat built in 1974 by Peterson Builders of Sturgeon Bay, Wis. The 2,400 hp. vessel is 95 feet long by 30 feet wide, and was originally named the Donald O’Toole when it was owned by Twin City Barge & Towing Company of St. Paul, Minn. Kindra Lake Towing purchased the vessel in 1992.

Kindra Lake Towing was established in 1992 by John and Jacqueline Kindra with the purchase of three tugs. Today, the company has three lake tugs, three harbor towboats and several deck barges. Kindra Lake’s services include moving conventional river barges between South Chicago and the steel mills in northwest Indiana, as well as barge towing and transportation throughout Lake Michigan.

The company owns a Coast Guard-approved fleeting area for tank barges and provides liquid cargo transfers between lake tank barges and river tank barges. It provides cargo handling services for special projects and mechanical repairs to boats and barges outside of its own equipment, as well.