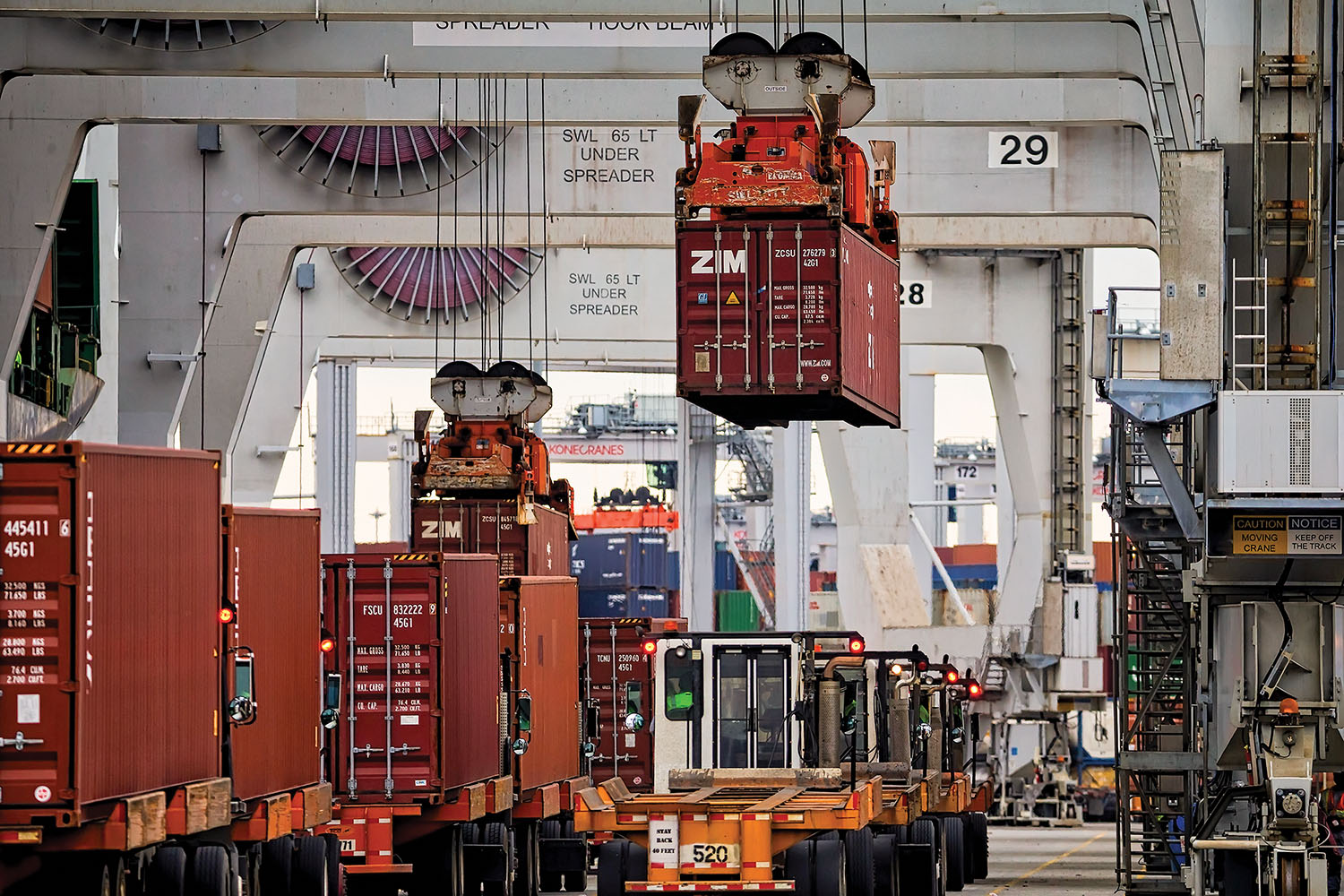 The Port of Savannah moved more container cargo in October than any other month in its history, with 413,800 twenty-foot-equivalent container units (TEU) crossing its docks, the port announced November 13. Containerized trade at the Port of Savannah has increased by 8 percent for the fiscal year to date (July-October), totaling 1.53 million TEUs–up 113,000 compared to the same period last year.

“A booming economy, strong consumer confidence and an expanding customer base have resulted in record trade through the Port of Savannah,” said Georgia Ports Authority (GPA) Executive Director Griff Lynch. “I would like to congratulate Georgia Ports employees, the International Longshoremen’s Association (ILA) and our other partners in the logistics industry for stepping up to the plate to handle these record volumes.”

Lynch also congratulated the ILA and the steamship lines for successfully completing a new six-year contract that will allow similar growth to continue.

“Our ports continue to add and grow cargo volumes, creating jobs across Georgia and the Southeast,” said GPA Board Chairman Jimmy Allgood. “I would like to personally thank our many customers who rely on the GPA to connect them to the global logistics chain.”

In other news, the Port of Savannah’s Ocean Terminal increased trade in breakbulk cargo in October. Growth of 25.8 percent brought the total to 126,165 tons of commodities ranging from autos and machinery, to rubber, steel and lumber. Overall, containerized volumes in October grew by 4,000 TEUs, or 1 percent, compared to the same month last year, and by 13.6 percent (49,600 TEUs) compared to September 2018.