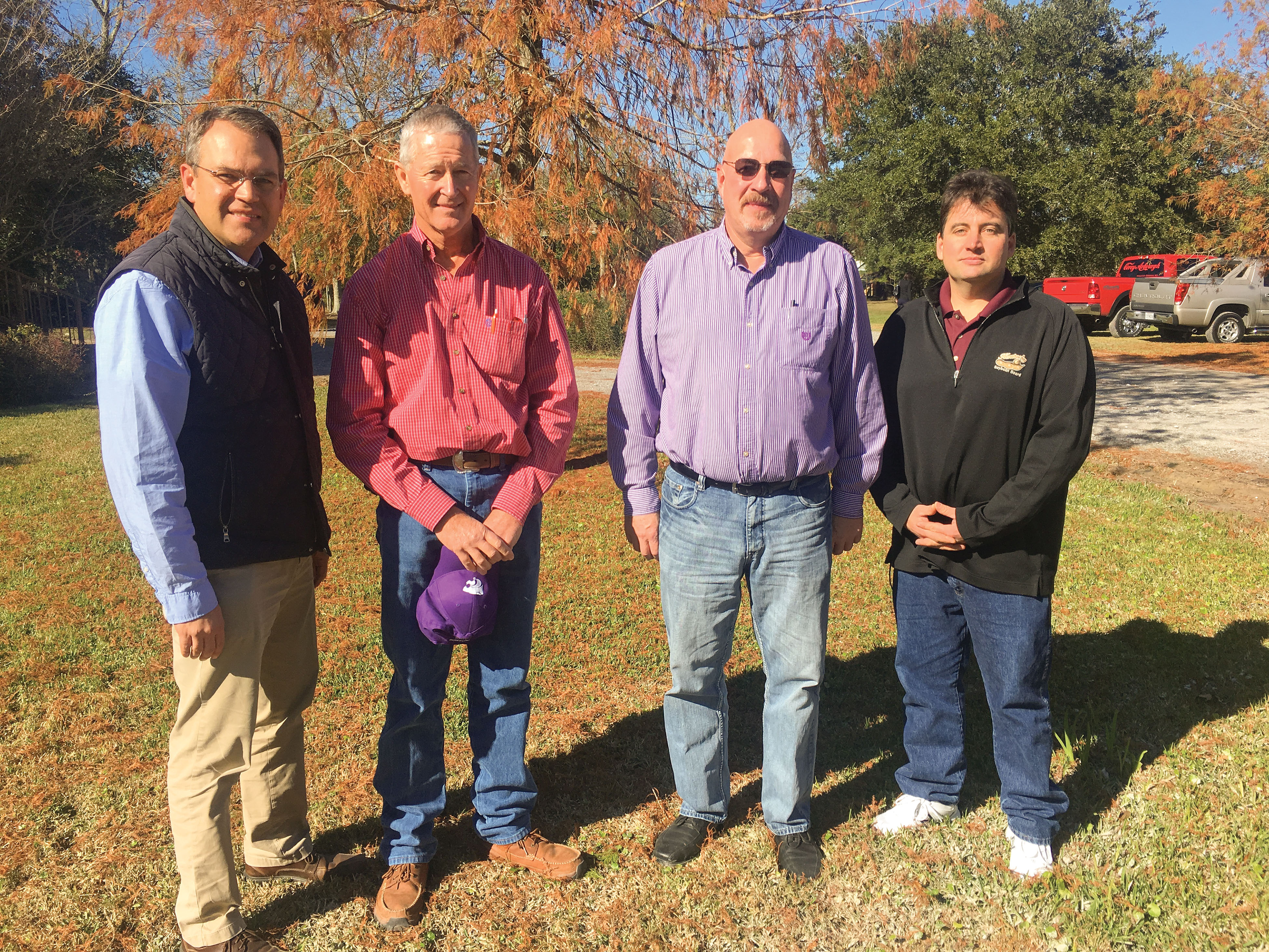 The Soy Transportation Coalition (STC) elected its officers and visited the nation’s leading export region for soybeans during the organization’s annual meeting on December 10-11 in New Orleans, La.

During the annual meeting, Mike Bellar of Howard, Kan., was elected chairman.  Bellar served as the STC vice chairman from 2017-2018 and secretary-treasurer from 2015-2016. Bellar raises soybeans, corn, wheat and cattle. He is also a director on the Kansas Soybean Commission.

Joel Schreurs, a soybean and corn farmer from Tyler, Minn., was elected vice chairman. Schreurs served as STC secretary-treasurer from 2017-2018. Schreurs is also a director on the Minnesota Soybean Growers Association and the American Soybean Association.

“The Soy Transportation Coalition strives to ensure that our nation does not just focus on the transportation challenges in urban America,” said Schreurs. “The challenges in rural America of moving agricultural freight cannot be ignored.  To be profitable, farmers require well-maintained roads and bridges, rail infrastructure, the inland waterway system, and ports. The Soy Transportation Coalition will continue to focus on each of these critical modes on behalf of America’s soybean farmers.”

Jonathan Miller of Island, Ky., was elected secretary-treasurer. Miller raises soybeans, corn and wheat.  He is also a director on the Kentucky Soybean Board.

In addition to the meeting, the STC board of directors visited the Bunge and CHS soybean and grain export terminals near New Orleans. The group also met with leadership at the New Orleans Engineer District and the Louisiana Department of Transportation and Development to discuss the proposed deepening of the Lower Mississippi River shipping channel and opportunities to continue collaborating with soybean farmers in advancing the project.  The group finally met with officials with Plaquemines Port Harbor and Terminal District and American Patriot Holdings LLC to continue discussing the joint initiative with the STC to promote a new container-on-vessel export service for farmers in Midwest states.

“The newly elected officers of the Soy Transportation Coalition board will continue our legacy of having effective and innovative farmer leadership,” said Mike Steenhoek, executive director of the Soy Transportation Coalition. “I sincerely appreciate the willingness of these farmer leaders and the entire board to devote their time and energy to ensure we enjoy a multi-modal transportation system that can enhance farmer profitability in the years to come.”