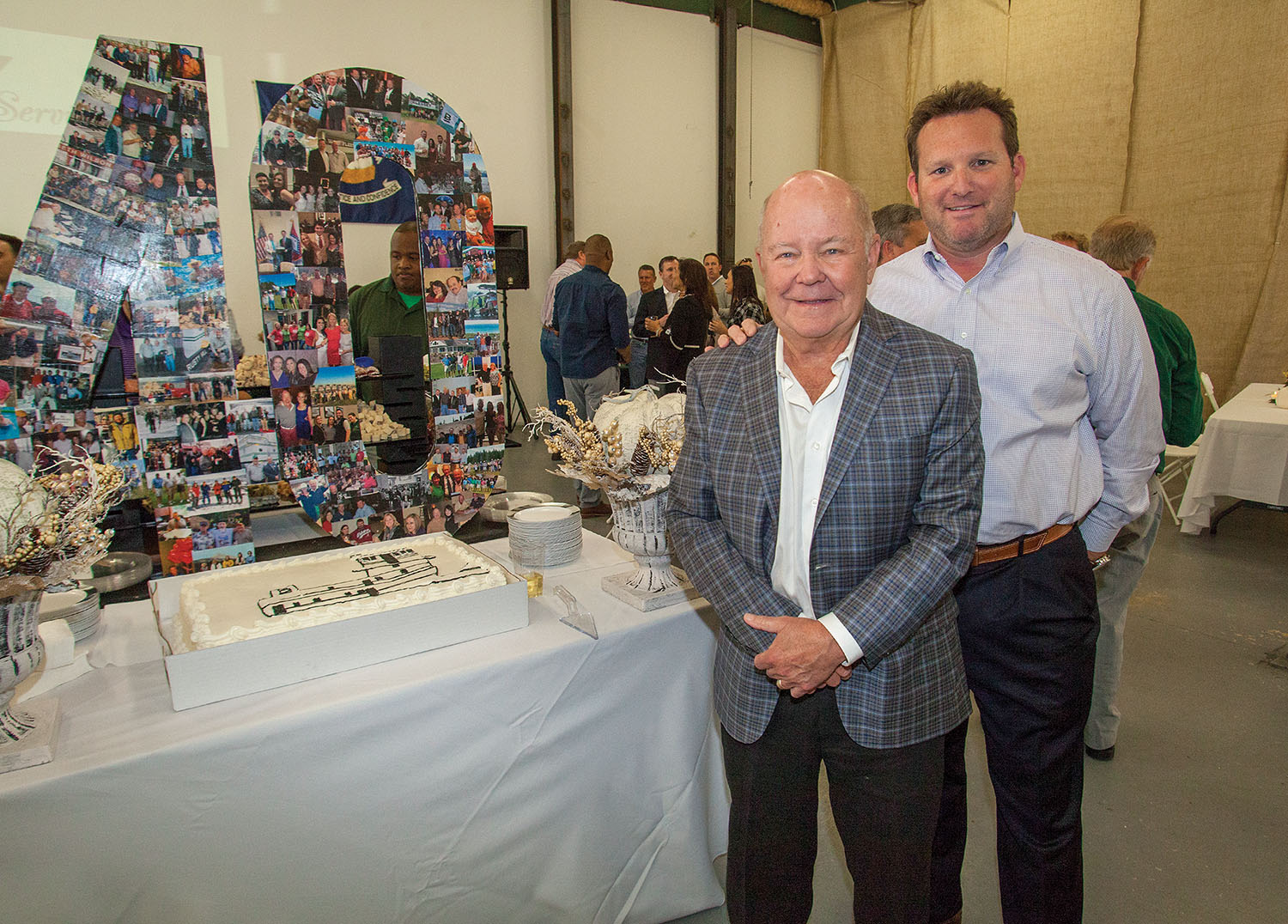 One of the most familiar company names on the nation’s inland waterways turned 40 this year: Blessey Marine Services.

To mark the occasion, the company hosted an anniversary reception November 2 at its headquarters in Harahan, La. Company personnel, vendors, customers, company founder Walter Blessey Jr. and the Blessey family were all present to celebrate the company’s four decades transporting liquid bulk cargoes throughout the nation’s waterways.

The event was like a family reunion, with crowds gathered around a collage of photos from the last 40 years, current and former employees, reflective comments from Blessey, and laughter-evoking stories from team members and customers alike. It was a quintessential scene for a company known throughout the industry for its safety, service and excellence both on and off the water and loved by employees for placing its people ahead of profits.

“Our people mean everything to us,” said Clark Todd, president and chief operating officer of Blessey Marine and Blessey’s son-in-law. “What has driven Blessey Marine over the past 40 years isn’t making a profit. It’s about our people and giving back to the community in the ways we do. It really is driven by our people. The essence of why we do what we do every day is the people.”

Slideshow: Blessey through the years: selected photos from the 40th anniversary collage: 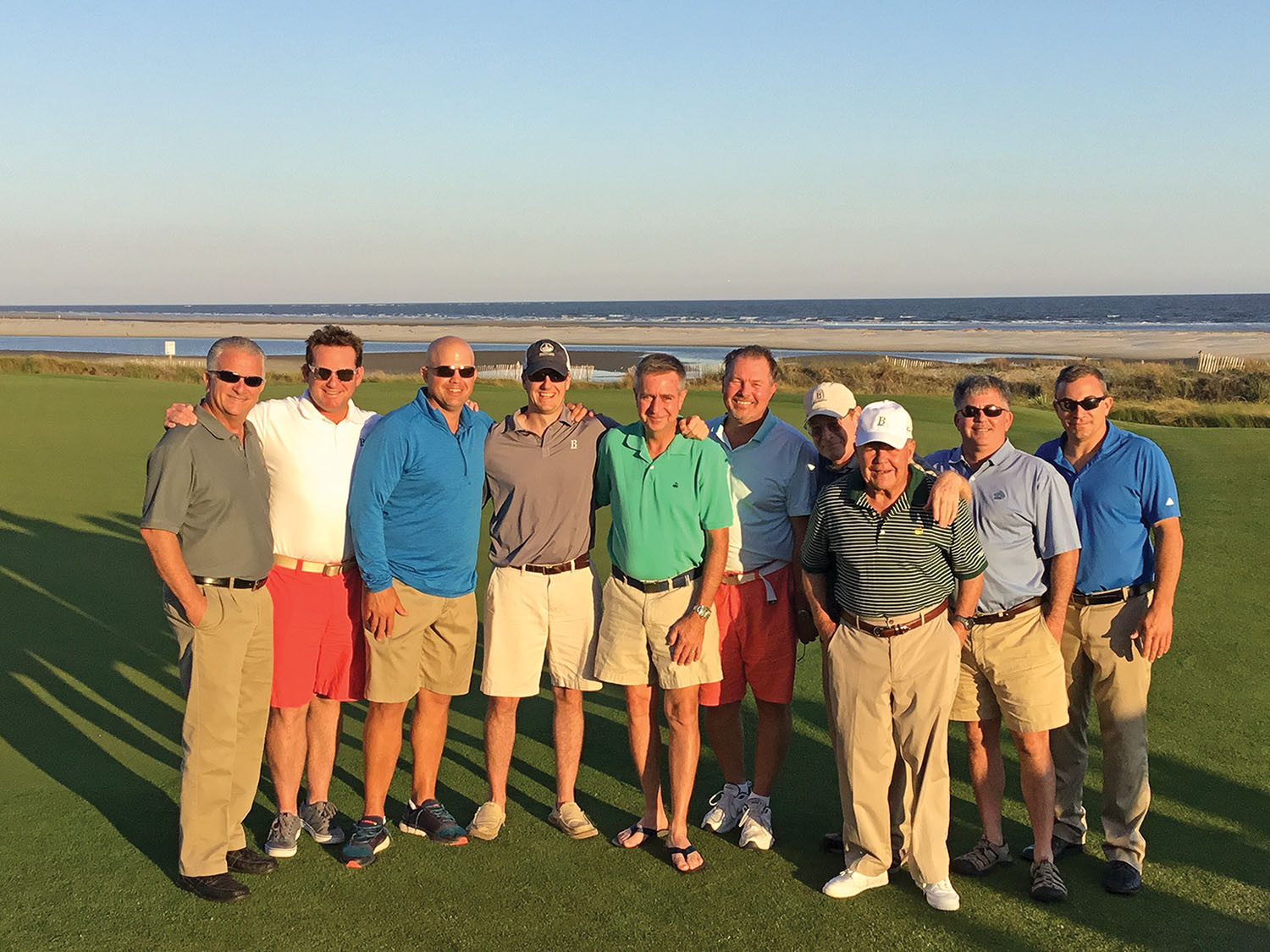 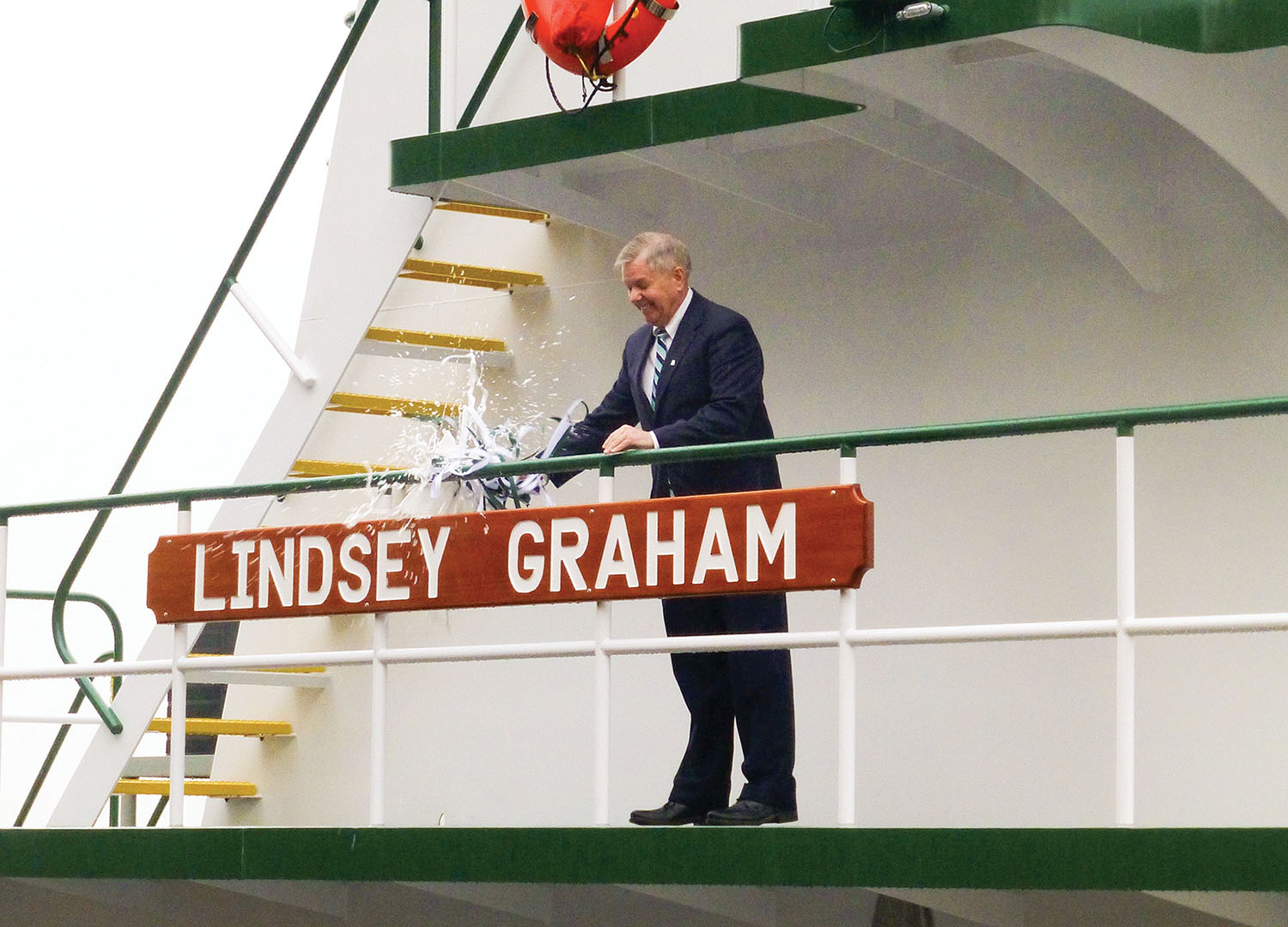 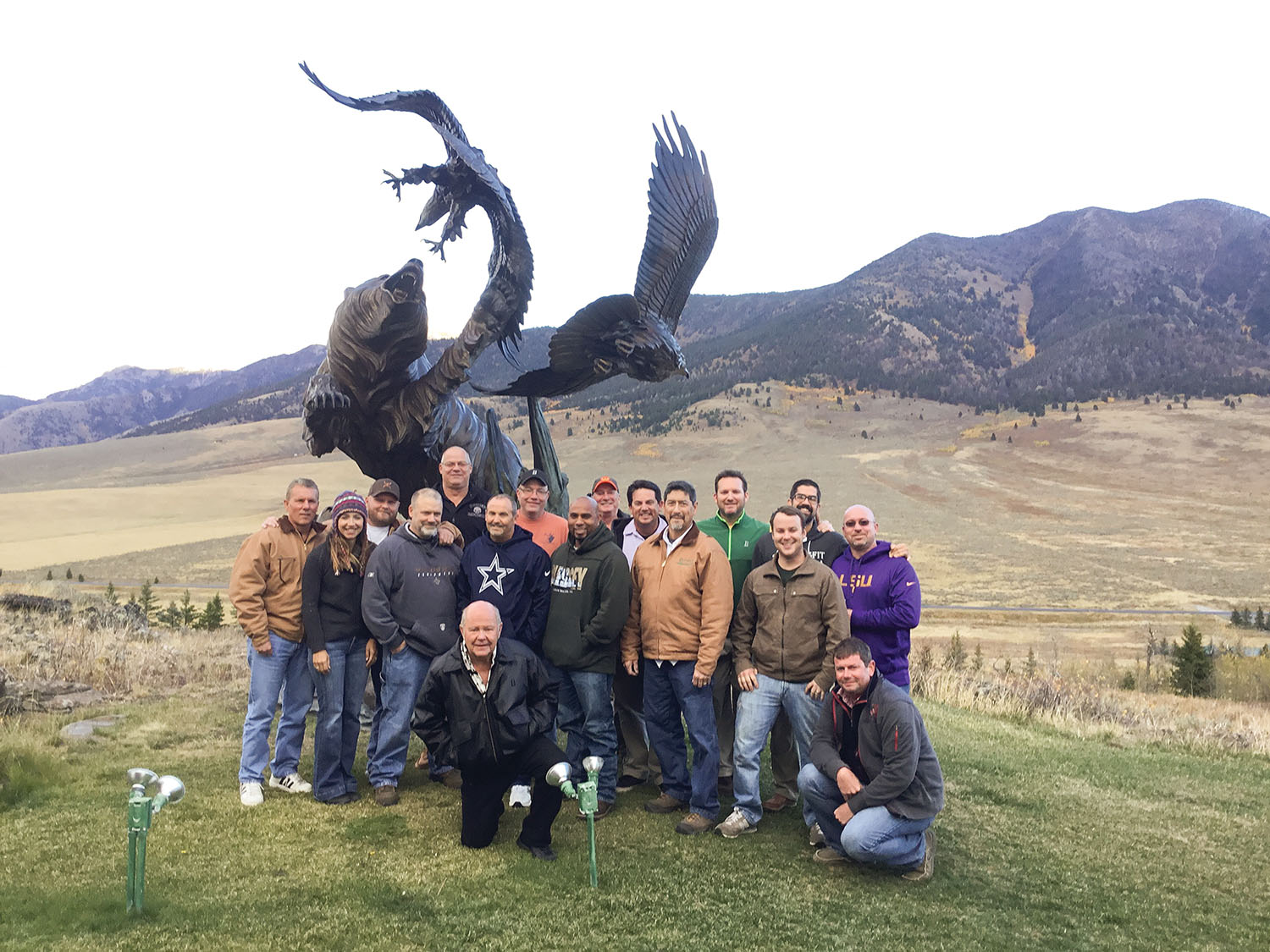 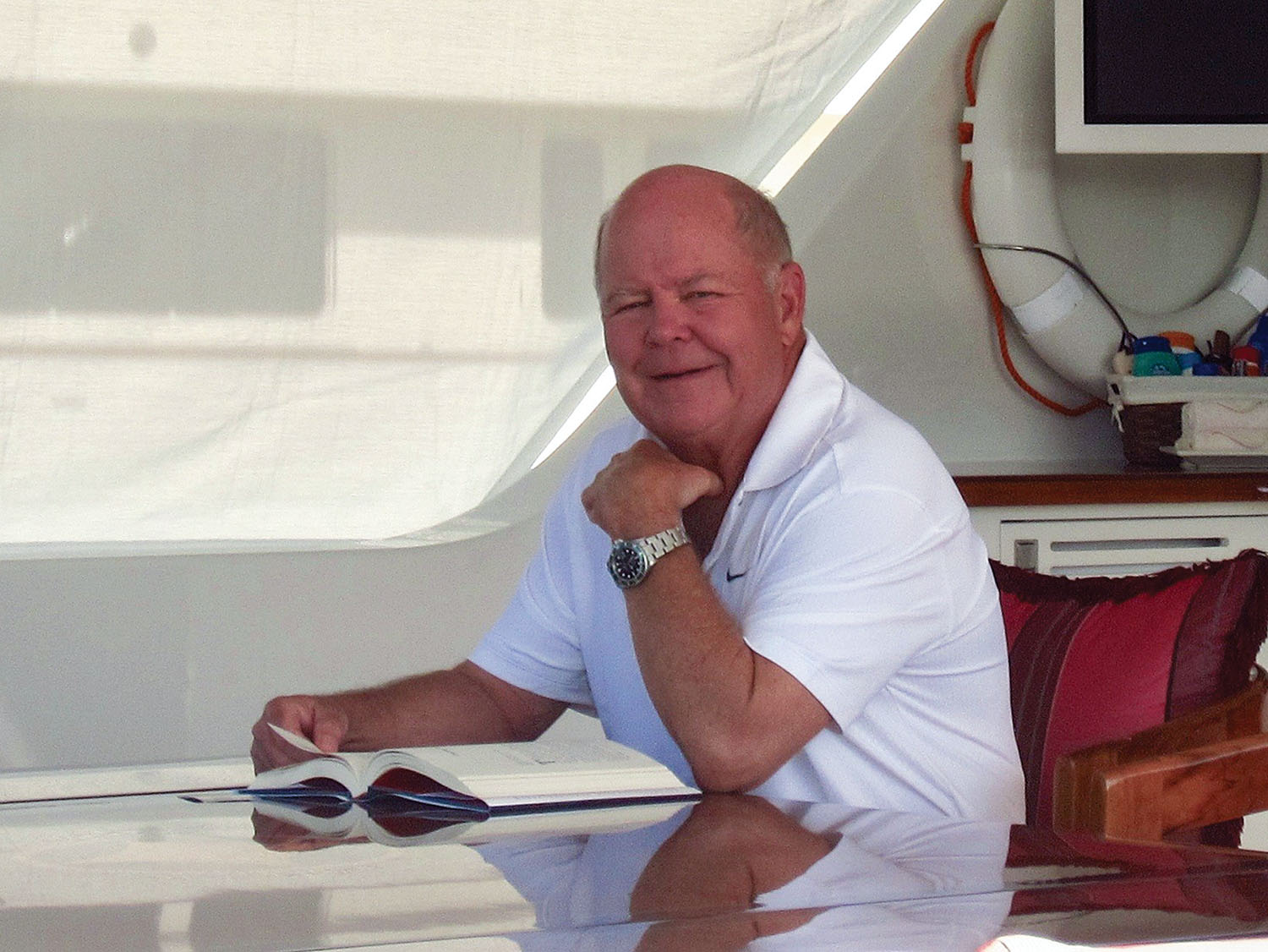 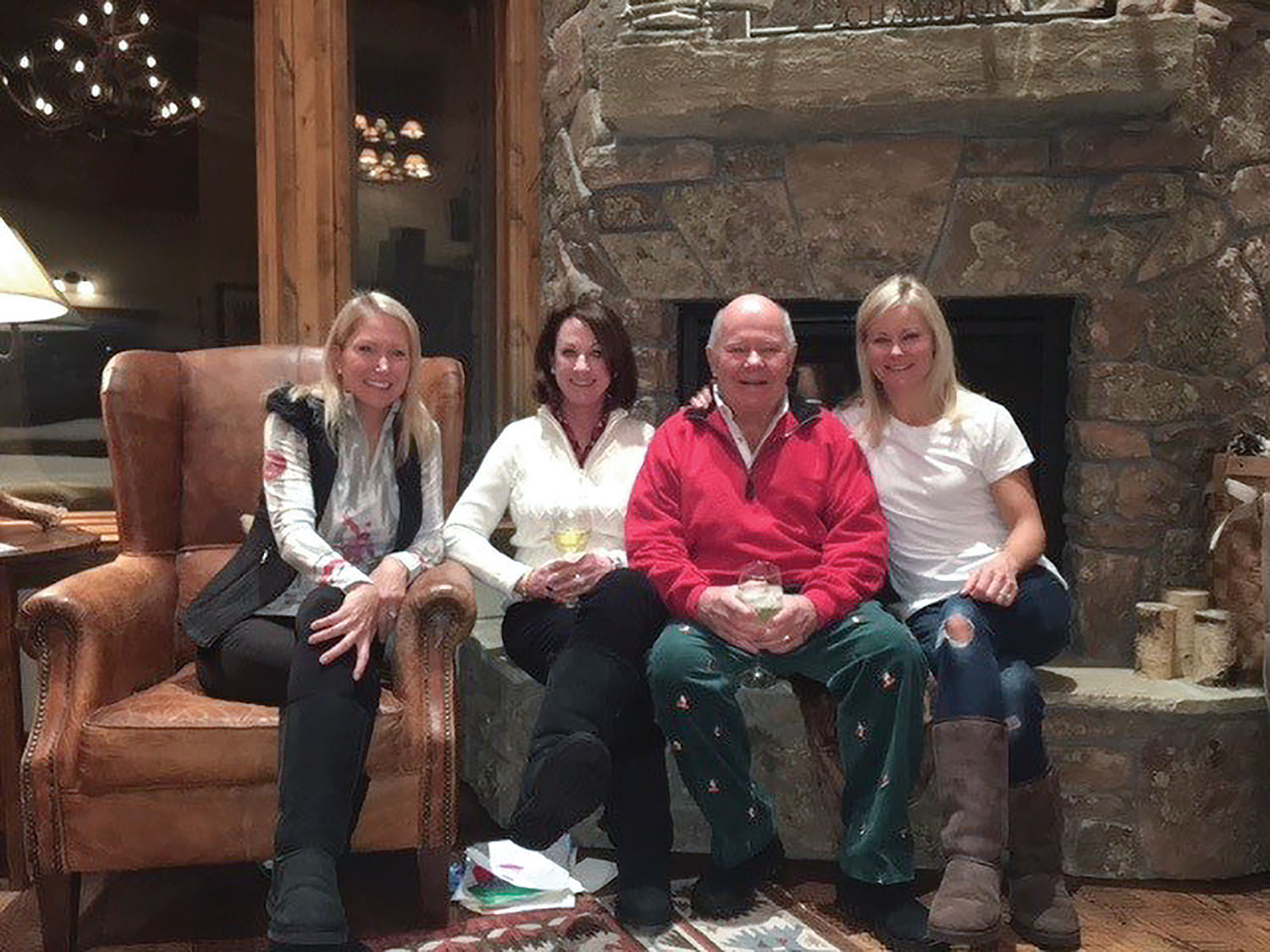 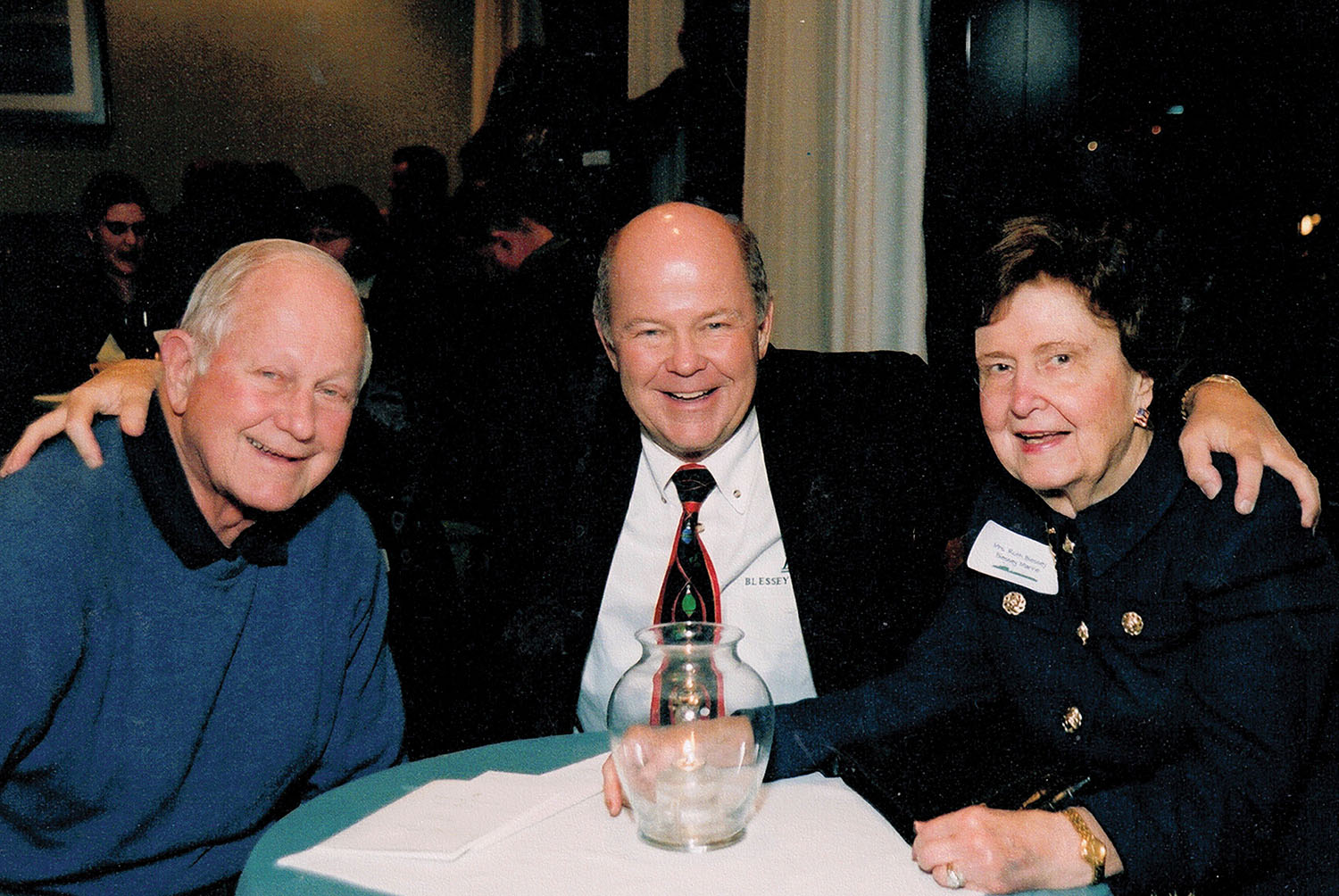 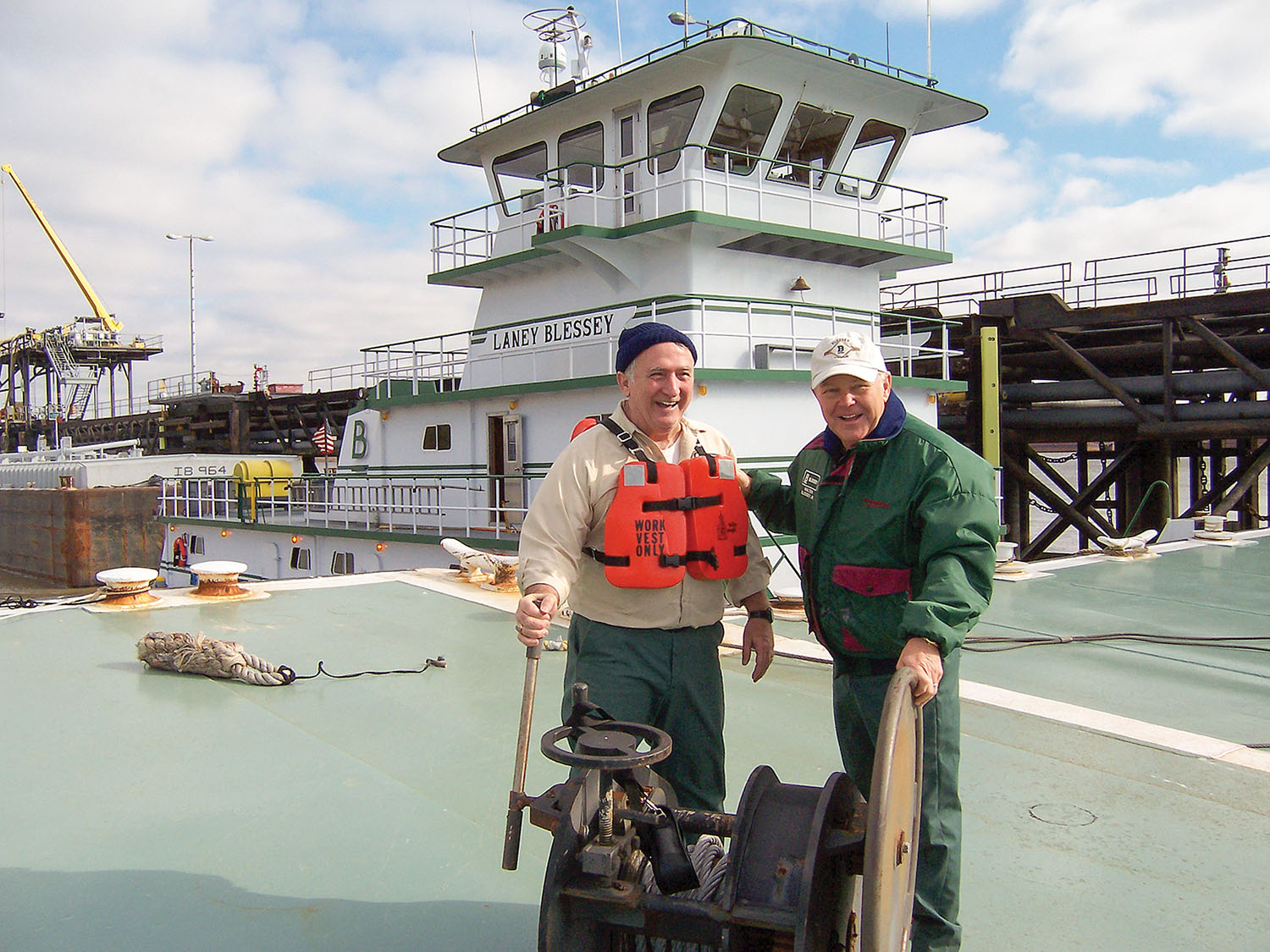 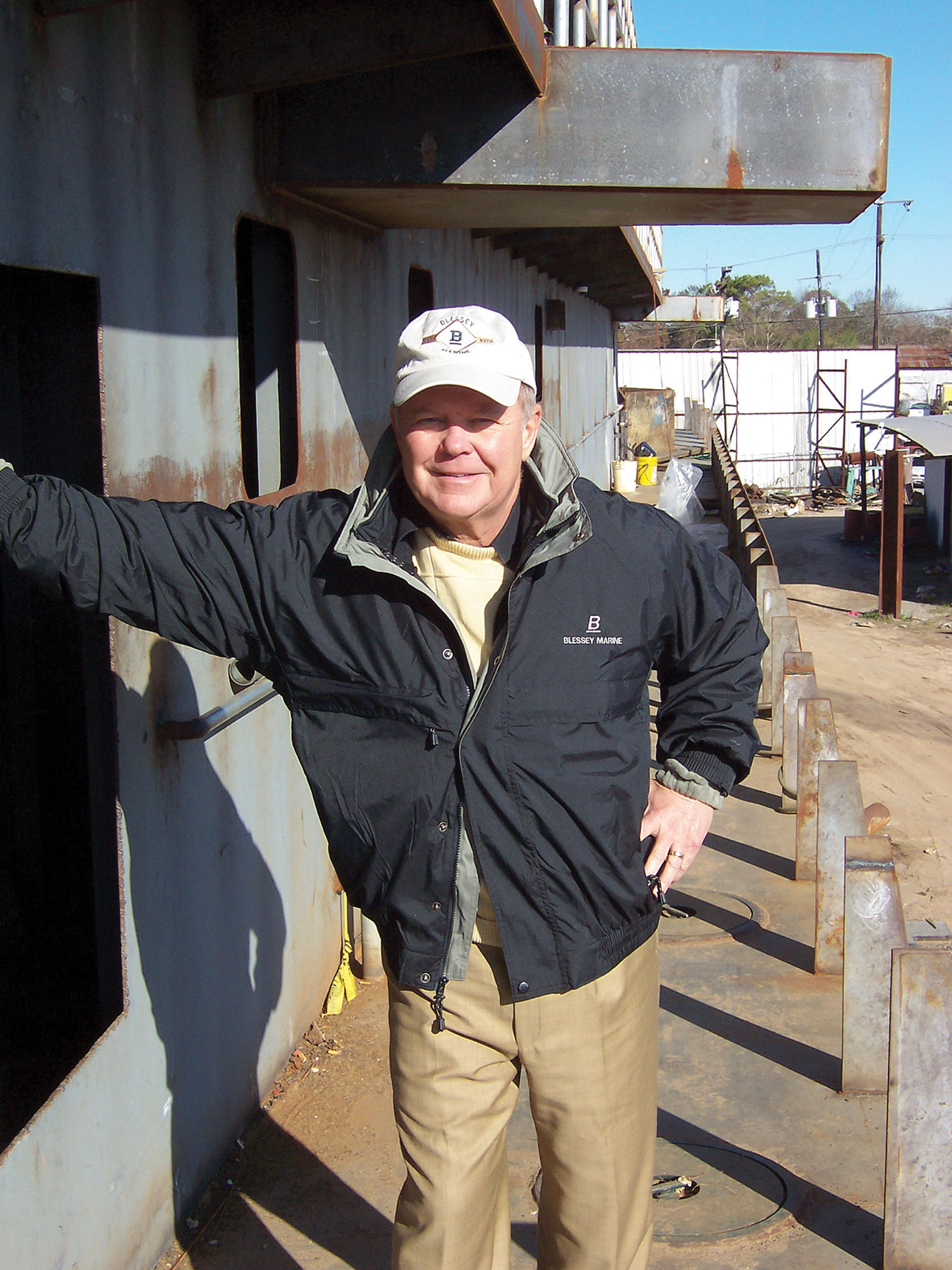 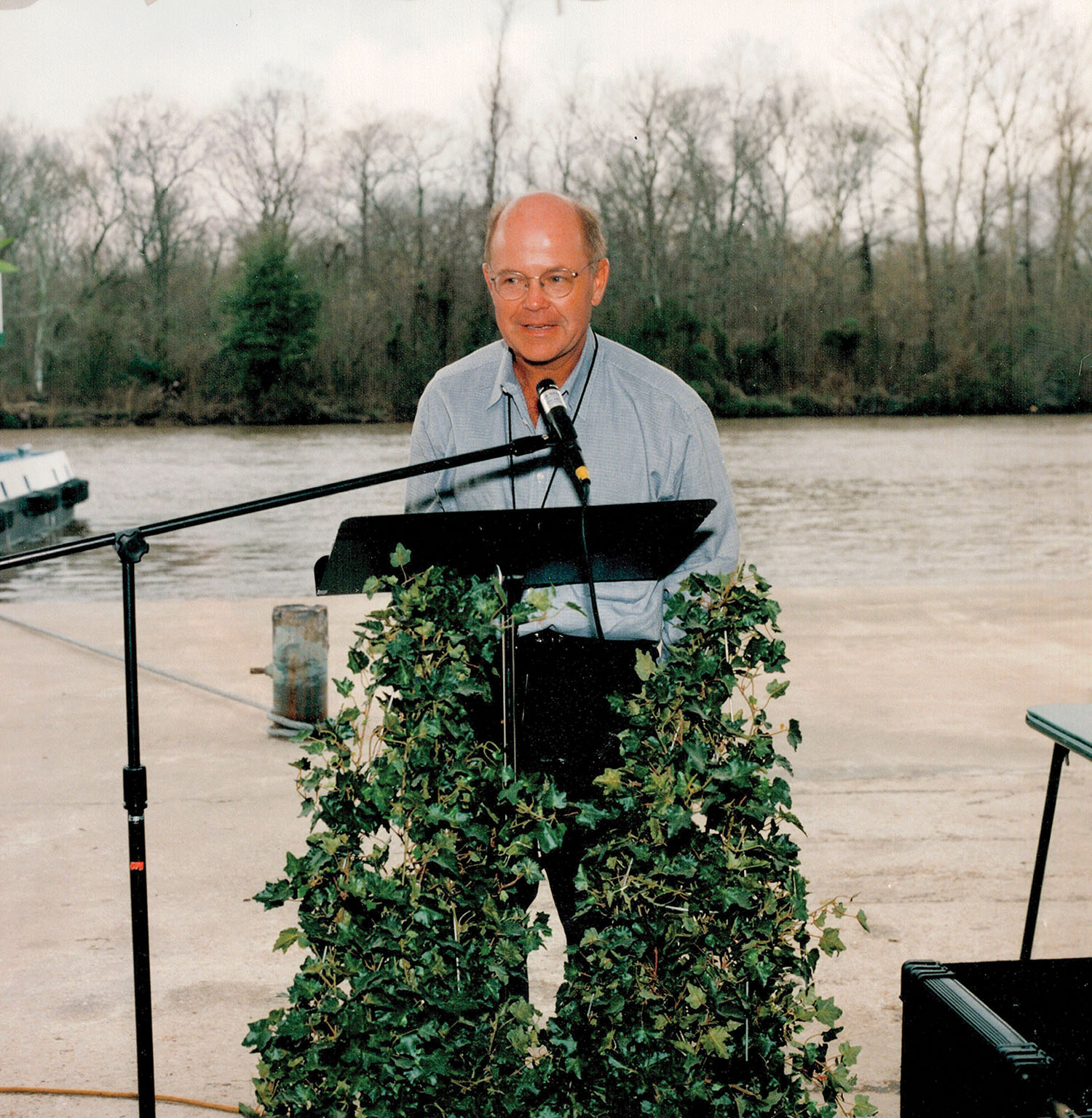 Reflecting on his career prior to starting Blessey Marine in 1978, Blessey said his first two jobs in the industry were anything but people-focused.

“After the Army, I worked for a big company from ’70 to ’73,” Walter Blessey said. “The corporate culture was terrible. The pay was horrible. I did some great things for them and received not even an attaboy. I was determined to work for myself.”

From there, Blessey partnered with a group of investors to start an oil trading company. As president of the company, he initially drew a small salary and around 12 percent of profits. The company experienced immediate success, but his superiors resented his personal success.

“Each year they changed the agreement to my detriment,” Blessey recalled. “In July of the fifth year, they came to me and said, ‘You have made so much money that we’re not going to pay you compensation for the remainder of the year and then will pay you only a salary of $60,000 per year.’ I left immediately and started our company in October of that year.”

Blessey was set on putting his people in his new company first, he said.

“From the beginning, I was determined to create a culture that was centered around respect for the individual,” Blessey said. “Early on, we wrote our corporate purpose—what we call our bible. We try to live and breathe by it. With 700-plus families involved in our company, there’s always someone with a unique problem. We try to be there for them both financially and emotionally.”

That distinctive Blessey Marine family culture means there are “no Misters,” Blessey said. Each person is known personally by his or her first name. The company also values quality time together, with gatherings and trips throughout the year.

“The captains who have a successful year get to go on the trip and get a cash bonus,” Blessey said. “We take an equal number of folks from the office as well.”

There are also annual operations retreats to the Blessey ranch in Montana and other executive bonding trips.

“Doing this, you get to know each other socially and have many great memories and nicknames to share,” Blessey said.

And growing out of that family culture is a second keystone in Blessey Marine’s culture: safety. Blessey said when it comes to safely transporting liquid cargoes on the waterways, he trusts his mariners.

“I have always wanted to provide my customers with safe, reliable transportation for their liquid cargo products,” Blessey said. “In order to accomplish that, I had to create a safety culture within my company where ‘the captain makes the call.’ I had to build a foundation of trust with our mariners where they knew that I would never ask them to take an unreasonable risk.”

“When I began the company, we built double-skin tank barges when it was a luxury option, not a requirement,” Blessey said. “I have never built or operated a single-skin tank barge. We have continued with that philosophy throughout the past 40 years. We continue to build the best quality equipment in the industry, always using premier shipyards and equipment suppliers.”

“We’ve never gone out and bought a bunch of assets from other companies,” Todd said. “It’s always been slow, organic growth. I think that slow, methodical, organic growth over time really sets up better from a financial perspective. That’s why we’re so financially healthy.”

And the company continues to grow, with Verret Shipyard in Plaquemine, La., set to build another 2,000 hp. towboat for Blessey Marine in 2019. The towboat will be named in honor of Daniel Wisner, Blessey’s other son-in-law. Blessey Marine has contracted to build four new 30,000-barrel tank barges in 2019–20 as well.

Blessey added that government regulations and customer expectations have also shaped operations and investments at Blessey Marine over the years. In the last 20 years especially, Blessey has been active in politics, working to shape regulations and introduce lawmakers to the nation’s inland waterways.

“In the last 20 years, we’ve gotten to know politicians who impact the industry and national business in general,” Blessey said. “We typically get to know conservative politicians that are pro-business. As most know, we have named vessels after many of them, and they have come to New Orleans to christen their vessel. That opens the door for us to candidly talk to them about issues.”

Some of the Blessey Marine towboats named for current and former lawmakers include the mv. Charlie Melancon, the mv. David Vitter, the mv. Gov. Mike Huckabee, the mv. Lindsey Graham, the mv. Steve Daines, the mv. Steve Scalise and the mv. Tom Cotton.

Whether Blessey is engaging lawmakers or fielding calls from customers, the end goal is always the same: safety.

“Our boats, barges and corporate office undergo dozens of inspections and audits conducted by our customers annually,” Blessey said. “Our customers expect flawless operations, and it is incumbent upon myself and my executive team to ensure that every mariner has all of the necessary resources and training to be safe and effective at the workplace. It doesn’t matter if it is a regulation or a customer expectation, we will always rise to the challenge. We want to exceed those expectations, and by striving for perfection, we can only become a better and safer company tomorrow than we were yesterday.”

Blessey said that a third thing—legacy—was also important from the outset.

“From day one, I wanted to create a second-generation company,” he said. “It was never about building a company and selling it. Thank God I have sons-in-law who share my values and will continue it to a third generation. In four years, we will have no or negligible debt. There will be a lot of options to choose from in the future.”

Blessey said he established the company with himself and his two daughters each owning a third of the company. With Todd at the helm, Blessey Marine is a thriving second-generation company.

“And I hope I can look 40 years in the future and see one of my kids sitting at this desk, talking about our 80th anniversary,” Todd said.

The road hasn’t always been easy, especially early on, Blessey said. But Blessey’s lifelong commitment to excellence and integrity have consistently translated to success for the company and accolades in the community. Over the years, Blessey has received the Ernst & Young’s Entrepreneur of the Year award for the Gulf States and both his high school’s and Tulane University’s lifetime achievement award. He was also inducted into the New Orleans Business Hall of Fame. Recently, he dedicated the Walter E. Blessey Jr. Free Enterprise Center for Learning for Junior Achievement at New Orleans’ Delgado Community College. His philosophies on business and life have also been featured on National Private Radio.

Looking back over those 40 years of success, Blessey, again and again, pointed to the people of Blessey Marine as the company’s source of success.

“I have always said, ‘Surround yourself with great people and great things will happen,’” Blessey said. “It is true.” 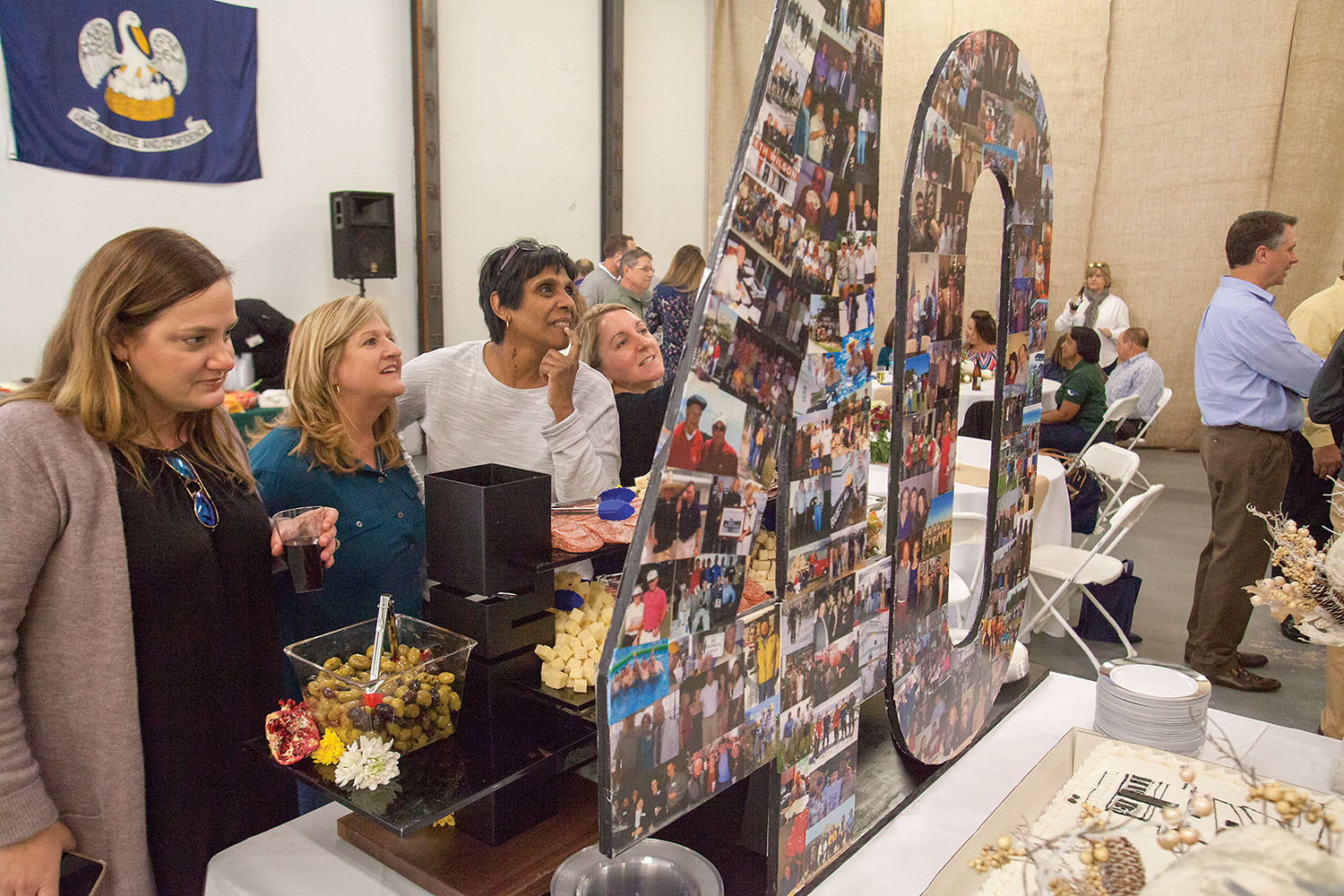 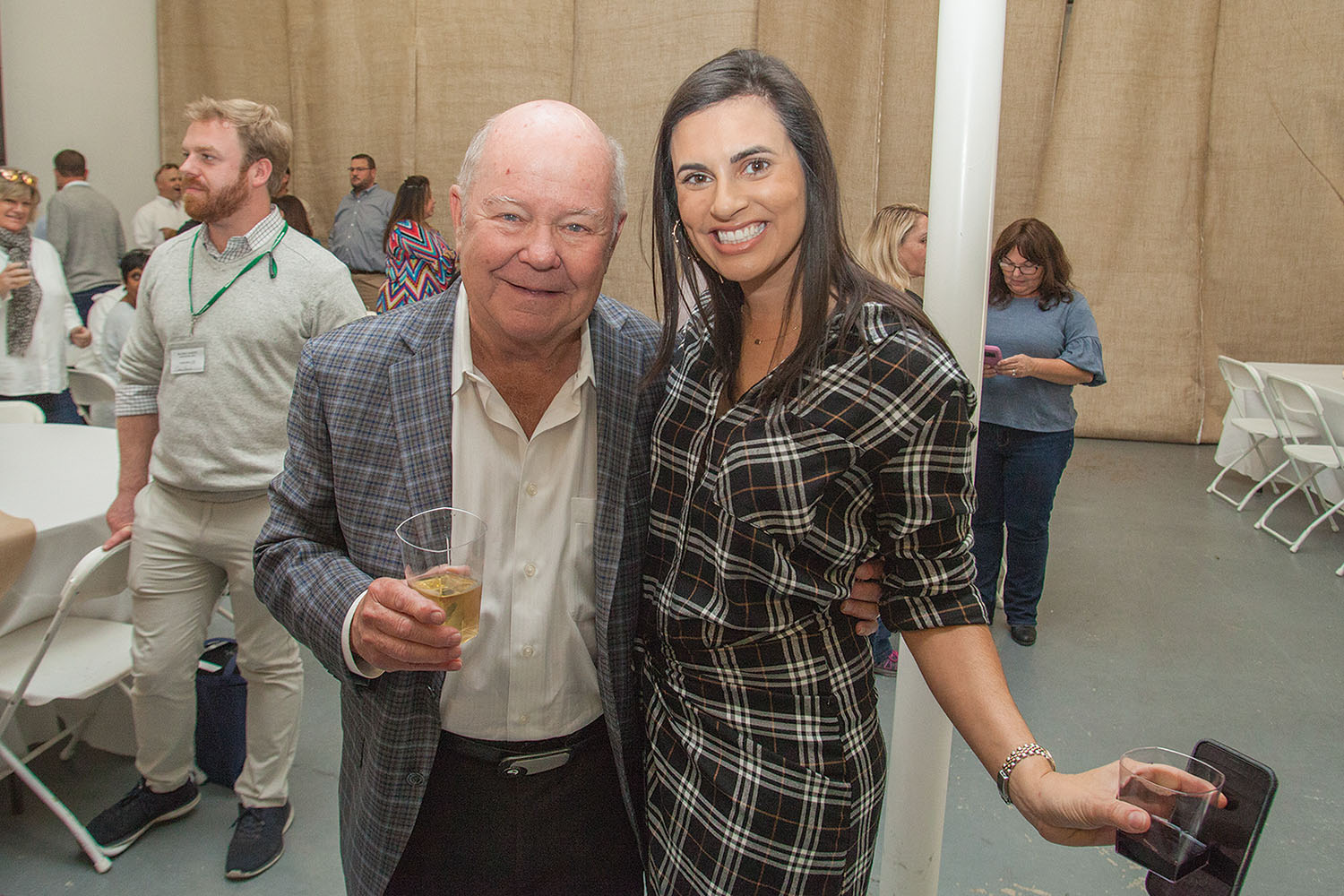 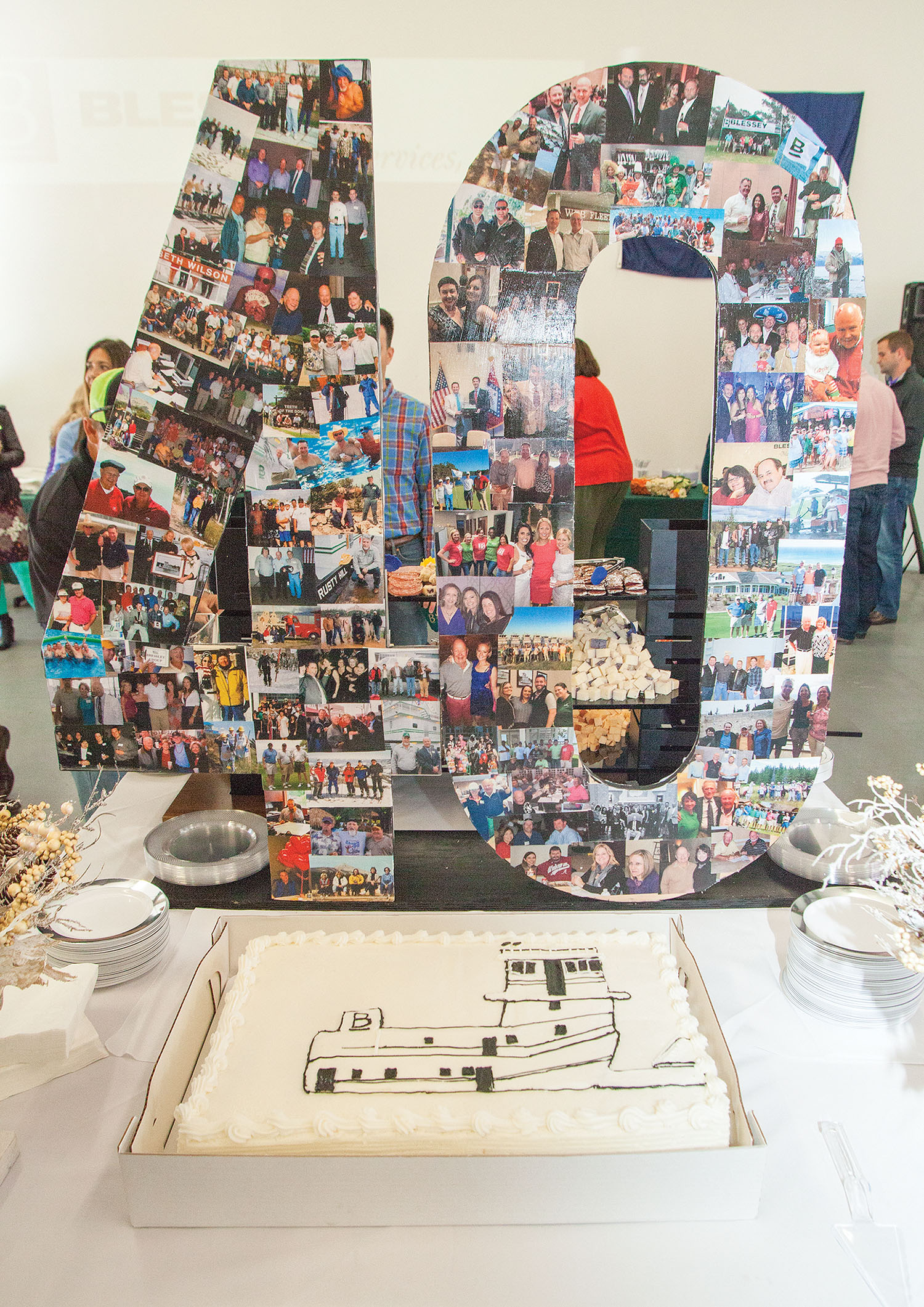 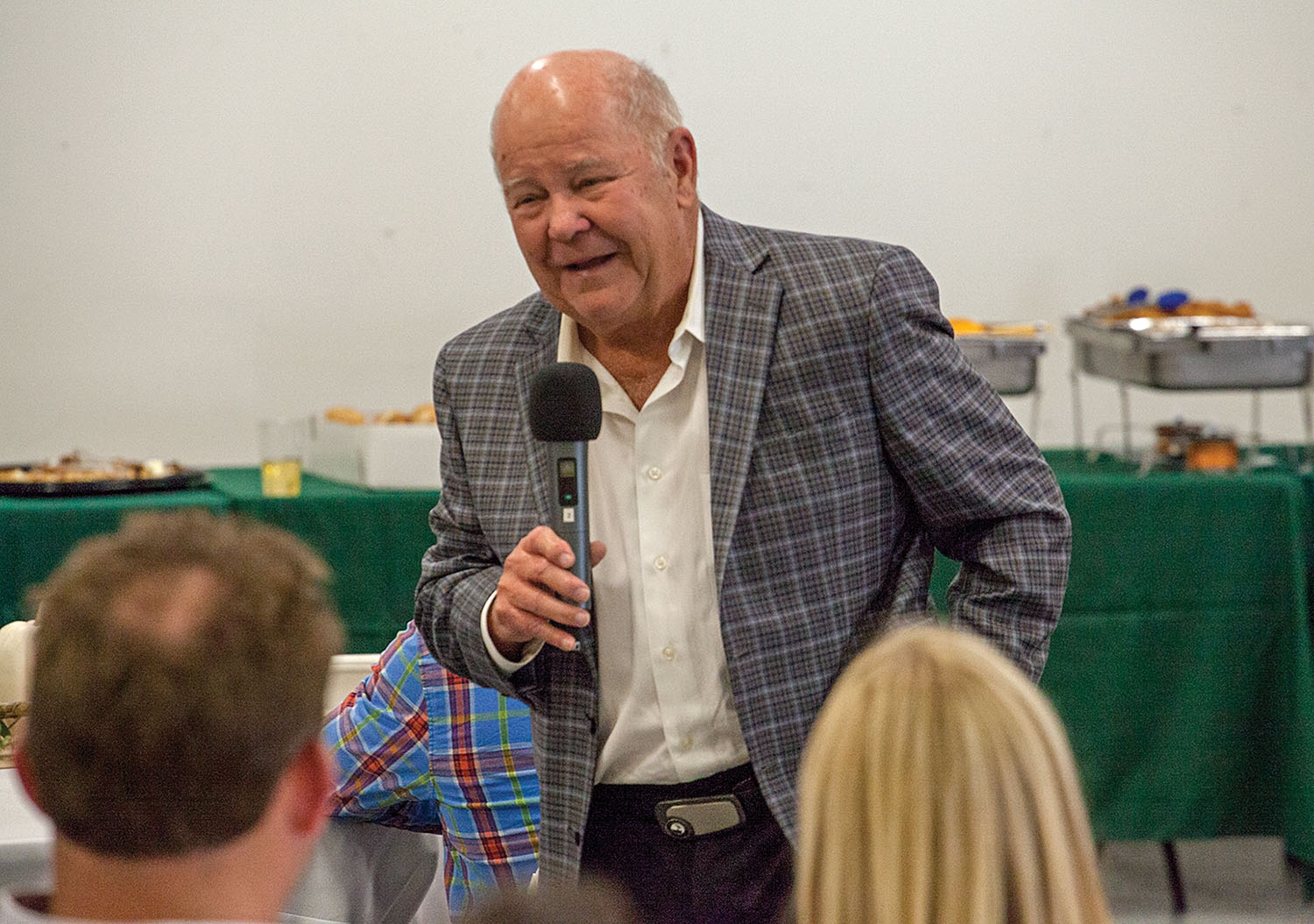 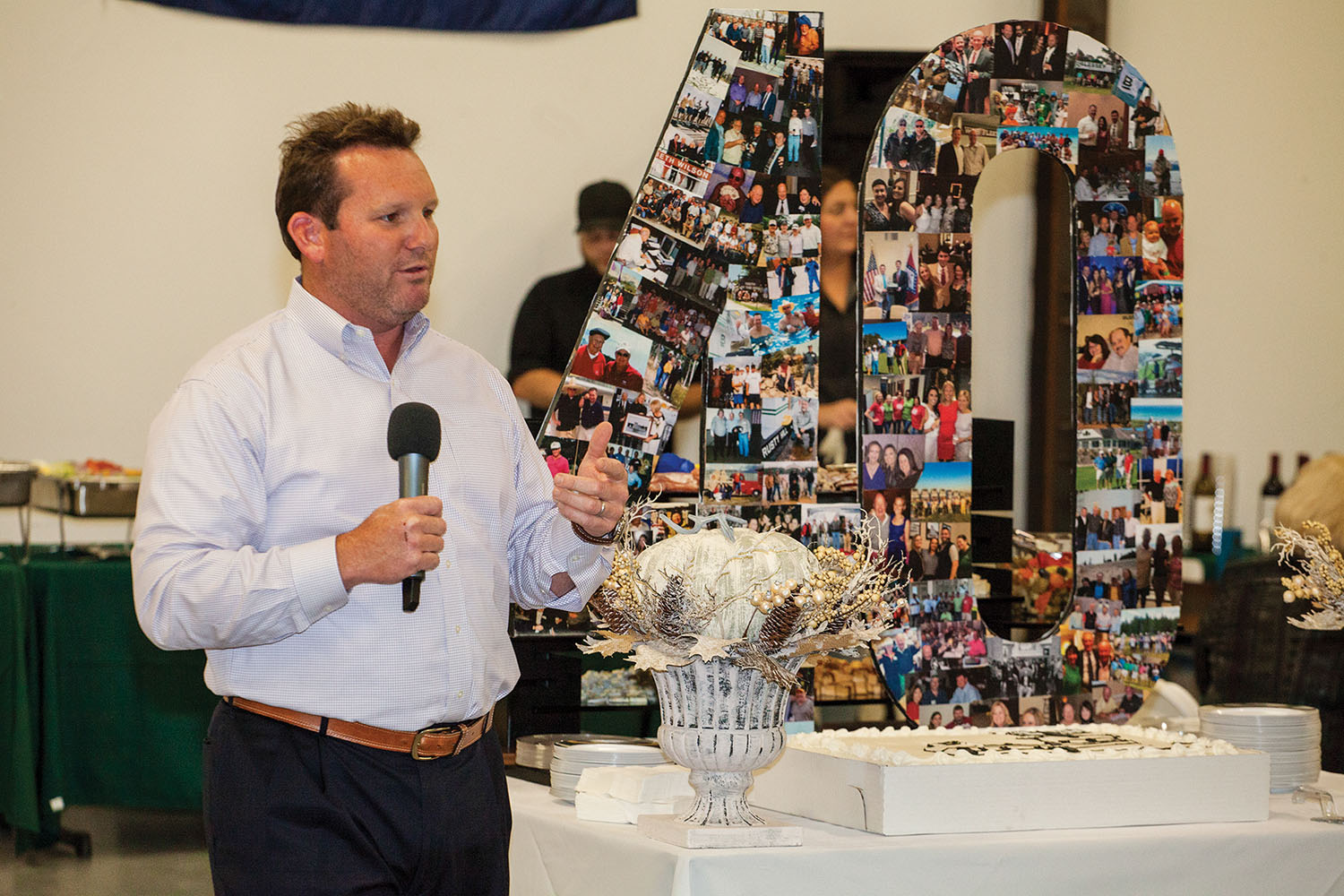