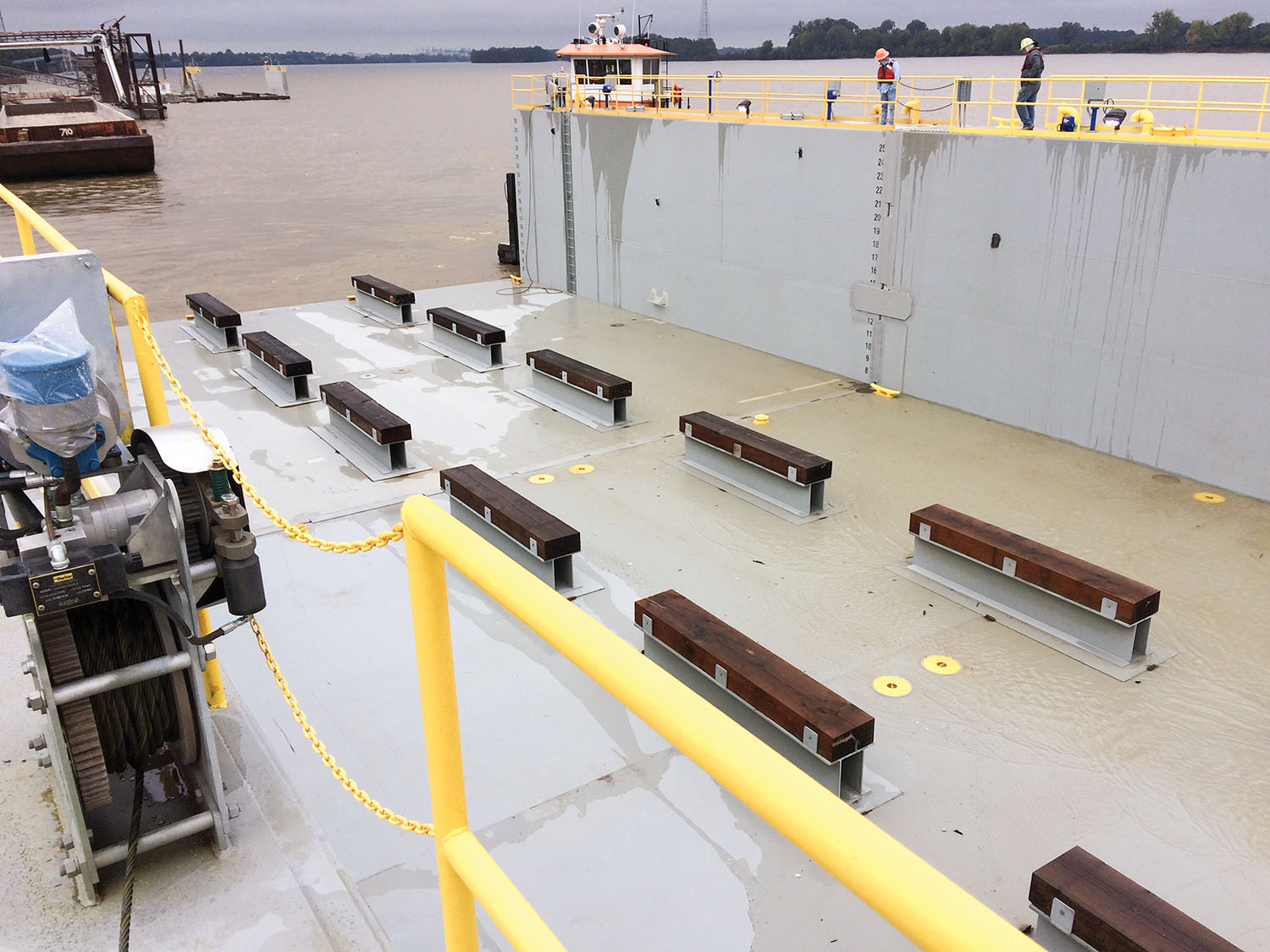 Last month, Yager Marine Industries in Owensboro, Ky., completed the construction of its new drydock designed by The Shearer Group, Houston, Texas. The second of two drydocks on Yager Marine’s Ohio River property, the 120- by 75- by 7-foot structure will be used for larger barges and boats up to 3,000 hp.

Jim Yager, president of Yager Marine, said the new drydock doubles the shipyard’s existing capacity. “We are excited to have our second, larger drydock at Yager Marine,” he said. “The first one is 60 feet by 60 feet. We feel like we can help the industry come into compliance with the newest Subchapter M regulations using our newest drydock, and we’re happy about the fact that it will help create more jobs for our local area.”

Weighing in at approximately 587.6 short tons, the drydock has an inside clear dimension of 60 feet, 6 inches, with wing tanks that are 7 feet, 3 inches wide by 19 feet, 6 inches high and 120 feet long. Its hull thickness includes a 1/2-inch pontoon deck on the bottom and sides, with 3/8-inch wing tanks.

Yager Marine builds and repairs barges of all types—crane barges, dock barges and deck barges, along with drydocks.

Its experienced designers and craftsmen work in a modern ship-building facility on the Ohio River in Owensboro. The company has constructed barges for more than 40 organizations.

Caption for photo: Yager Marine unveiled its new 120-foot drydock at its Owensboro, Ky., shipyard in November. The drydock was designed by The Shearer Group of Houston, Texas. (Photo courtesy of Yager Marine Industries)