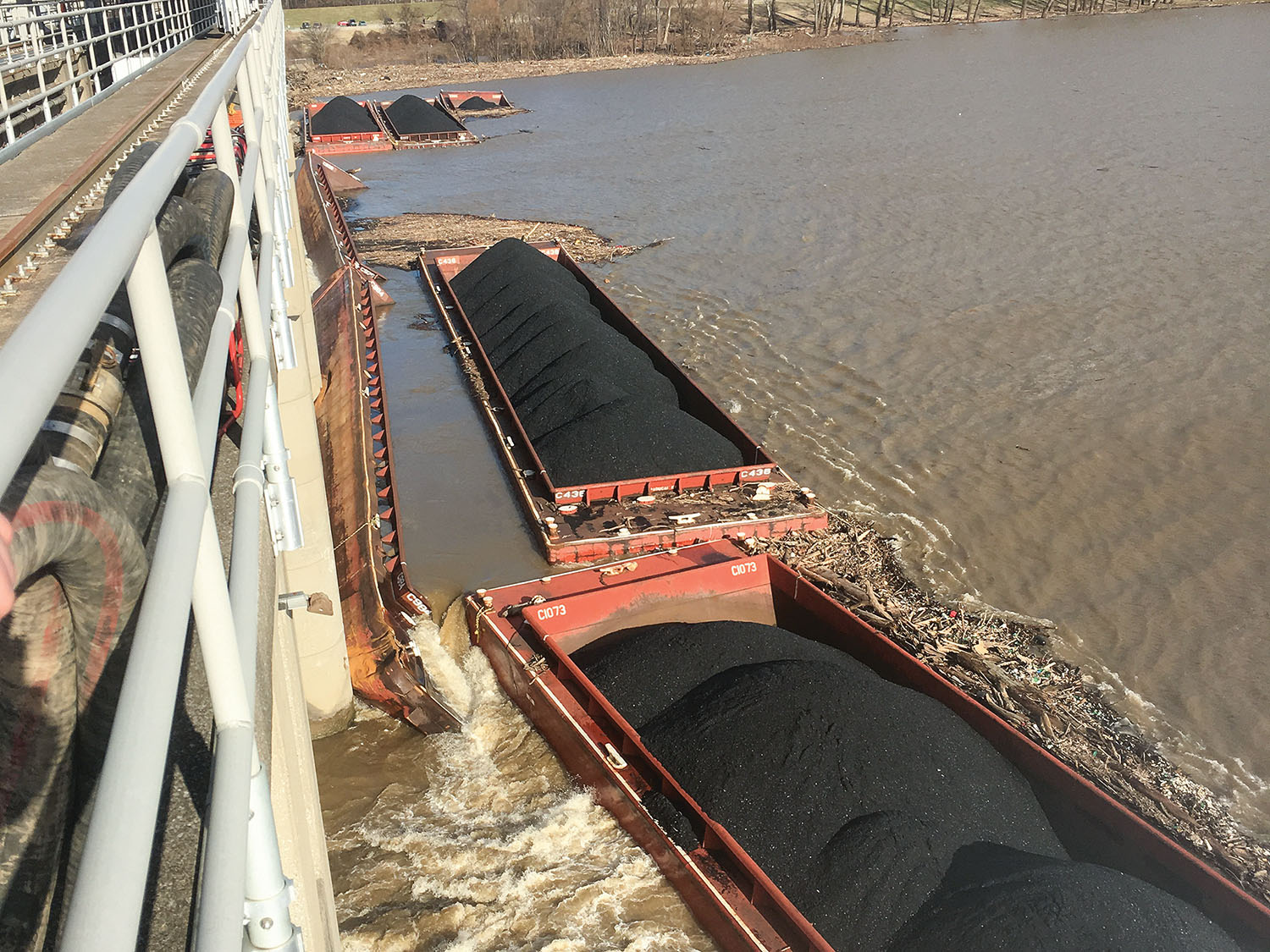 Rising water has slowed the response efforts of the Coast Guard, the Army Corps of Engineers and Tennessee Valley Towing Company to a towboat and barge accident on the Ohio River at Louisville, Ky.

The incident began Christmas Day when the towing vessel mv. Debbie Graham, which was pushing 15 loaded coal barges, made contact with the Second Street Bridge, also known as the George Rogers Clark Memorial Bridge, on the Ohio River. The contact caused the vessel’s 15 barges to break free. The Coast Guard’s Sector Ohio Valley was notified of the incident at 8:10 p.m.

Six of the barges were recovered, but the remaining nine were lodged against the dam; six of those sank in the initial accident.

The water at the McAlpine Dam rose approximately 3 feet over 24 hours after the new year began, causing one additional barge to sink. The nine barges are currently lying on the dam just above the falls.

Tennessee Valley Towing Company and the salvage team are continuing developing the salvage plan, the Coast Guard said, and will be working closely with the Coast Guard and the Corps of Engineers to raise the barges as safely and as soon as possible.

Tennessee Valley Towing has retained two salvage teams to raise the barges. The salvage equipment team was scheduled to arrive on scene by January 2.

The Coast Guard opened the Ohio River to vessel traffic from Twelve Mile Island to McAlpine Lock and Dam, but traffic was only permitted during daylight hours.

The cause of the incident is still under investigation.