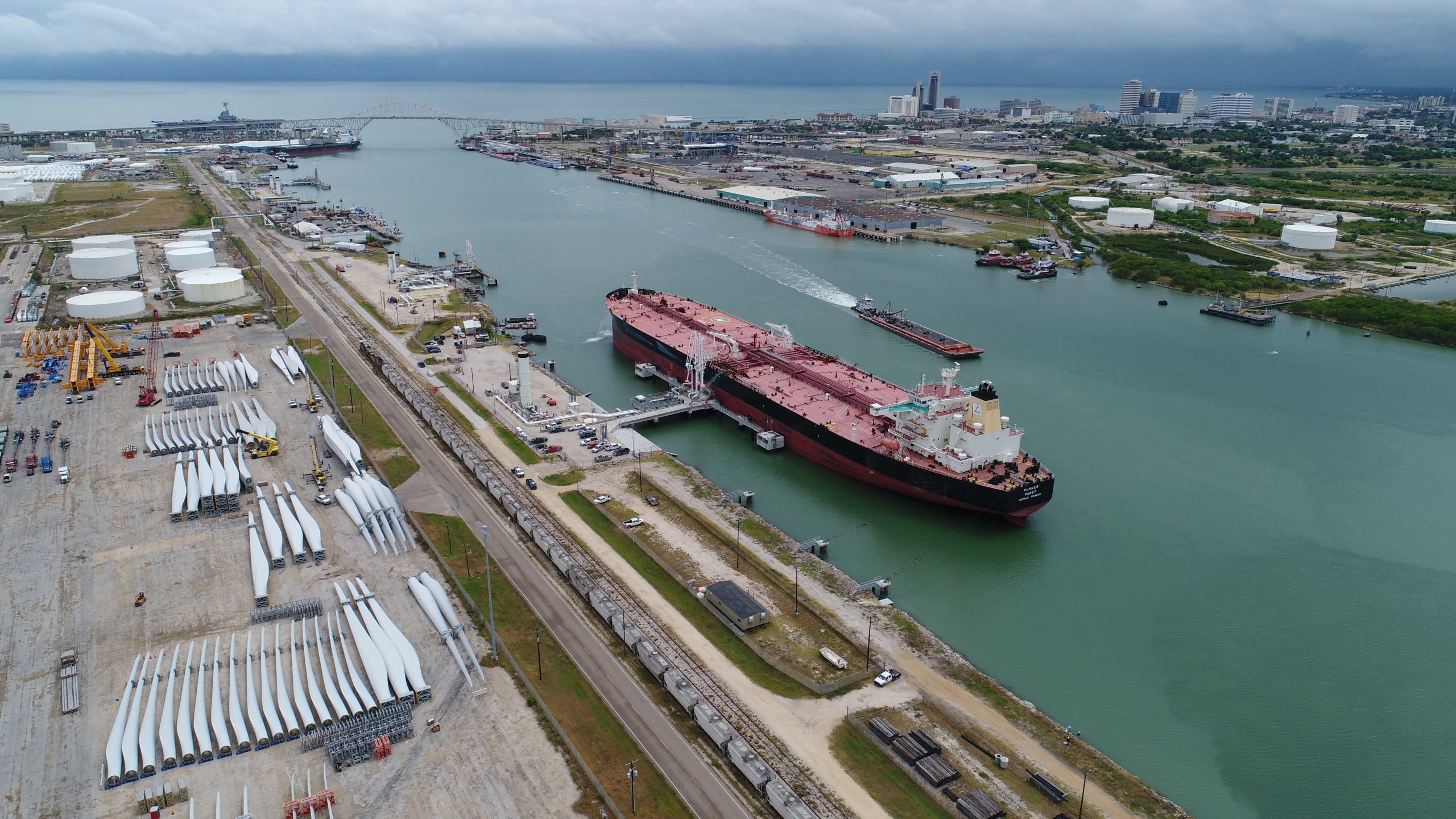 Earlier this month, the U.S. Army Corps of Engineers awarded a $92 million contract to Great Lakes Dredge & Dock Company to deepen and widen a 7.6-mile reach of the Corpus Christi Ship Channel from the Gulf of Mexico to Harbor Island, just above the Port Aransas Ferry Landing.

“This contract will allow us to improve the existing Corpus Christi Ship Channel, promoting vital economic activities throughout the U.S. that form an important linkage to the global community, while enhancing capabilities for the Port of Corpus Christi,” Col. Lars Zetterstrom, commander of the Corps’ Galveston District, said in a statement.

The Corps estimates the contract will require the removal of about 6.6 million cubic yards of material, with Great Lakes Dredge & Dock expected to begin work in the middle of February. Work on this reach of the CIP is estimated to last about a year.

“Great Lakes Dredge & Dock is excited to have won the competitive bid for the first phase of the Corpus Christi Deepening project,” Lasse Petterson, chief executive officer for Great Lakes Dredge & Dock, said in a statement. “As the largest dredging company in the U.S., we have a long and successful history working in Texas. We congratulate the U.S. Army Corps of Engineers and the Port of Corpus Christi for their success in getting this important project underway.”

For the Port of Corpus Christi, it’s an exciting step in a years-long effort to deepen and widen the Corpus Christi Ship Channel to meet needs both at home and abroad.

“The award of this first dredging contract is without a doubt the most important development we will see in 2019,” Port of Corpus Christi Commission Chairman Charles W. Zahn said. “Building critical infrastructure for the energy sector is our primary mission and will allow larger vessels access to much needed export facilities, safely and responsibly.”

“We have our $130 million,” said Sean Strawbridge, CEO of the Port of Corpus Christi. “In fact, we’ve already transferred $78 million in sponsor funds to the Corps to go with the $95 million Congress has appropriated toward the Corps’ $230 million portion.”
Strawbridge said that puts the entire CIP at 60 percent funded. He added that the original schedule called for completing the CIP in seven years, but the Corps and the port are hoping to finish in four years.

“That’s a pretty good position for us to be in, and we’re fully expecting we’ll see a significant amount of progress as we’re trying to crash the schedule,” Strawbridge said.

Getting the first dredge on-site has been a long time coming for the port and its Channel Improvement Project. The feasibility study for the project commenced in 1990. Congress finally authorized the project in 2007, and the port and the Corps executed a Project Partnership Agreement in 2017.
Now that a dredge will soon be at work on the CIP, Strawbridge said port officials will make a strong push for Congress to fully fund the remaining 40 percent of the program, which will total about $135 million.

Strawbridge said that amount pales in comparison to the estimated annual impact of a fully deepened and widened Corpus Christi Ship Channel.
“We think an incremental $40 billion a year as a result of the deepening and widening of the Corpus Christi Ship Channel is a pretty good return on investment for what is a $360 million investment,” Strawbridge said. “So asking for $135 million, we don’t believe, is outside the realm of possibilities, and that’s certainly what we’ll be asking for.”

On paper, the Corps sees a benefit-cost ratio for the project of 2.65 to 1, according to a Limited Reevaluation Report done in late 2015. But the repeal in December 2015 of the federal ban on the export of oil changed things—and fast—for the port.

“Crude international exports are now our number one commodity,” Strawbridge said. “We’re doing 800,000-plus barrels a day out of Corpus Christi.”
But with the widening and deepening of the channel, the port will be able to accommodate two-way traffic of even Suezmax vessels, thanks to the 54- to 56-foot depth and a width of 530 feet. On either side of the ship channel, the CIP will add an additional 200-foot “barge shelf” to allow for two-way barge traffic as well.

Concurrent with the CIP, the Port of Corpus Christi is adding more dock space and preparing for more pipelines planned for the area.
“We’re looking at about an incremental 2.6 million barrels of incremental pipeline capacity coming to Corpus Christi,” Strawbridge said. “That’s three times the volume we’re doing today.”

Strawbridge said the area has a refining capacity of about 1 million barrels per day, with no refinery expansions planned.
“So for the mot part, we see most of those [new] barrels finding their way to the international markets, which means we’ve got to build more docks and more storage,” he said. “And the port is certainly engaged with our customers to do just that.”
To get ready for that added capacity and the anticipated channel deepening, the Port of Corpus Christi Commission just approved the largest capital budget—$179 million—in the 93-year history of the port.

“That’s a pretty ambitious capital budget,” Strawbridge said, “but we feel we’re in a pretty good spot to execute it.”

Strawbridge was fast to point out the diversity of products, cargos and industries the Port of Corpus Christi is seeing of late. Looking at crude oil, it’s not just product from the Permian and Eagle Ford basins moving through the port. Some of the new pipelines will connect to Cushing, Oklahoma, and Bakken oil coming through the Rocky Mountains. Strawbridge also anticipates growing demand for liquid petroleum gas (LPG) and growth of the liquified natural gas (LNG) industry. The area is also seeing a renaissance of steel production and petrochemical production, and port officials are active with the port’s environmental and social programs as well.

It’s an exciting time for the nation’s fourth largest port by tonnage, and it wasn’t always so busy at the port.

“The Port of Corpus Christi was a sleepy little port for a long time,” Strawbridge said. “We were very static. It’s only been in the last decade that we’ve seen this record growth.”

Strawbridge compared what the Port of Corpus Christi is accomplishing to Clemson’s victory over Alabama in the January 7 college football national championship game.

“We’ve got a really good formula for success here,” Strawbridge said. “If Clemson can beat Alabama, Corpus can really rise to the top on a national level. We’re really excited about what our small yet committed team has been able to do thus far.”