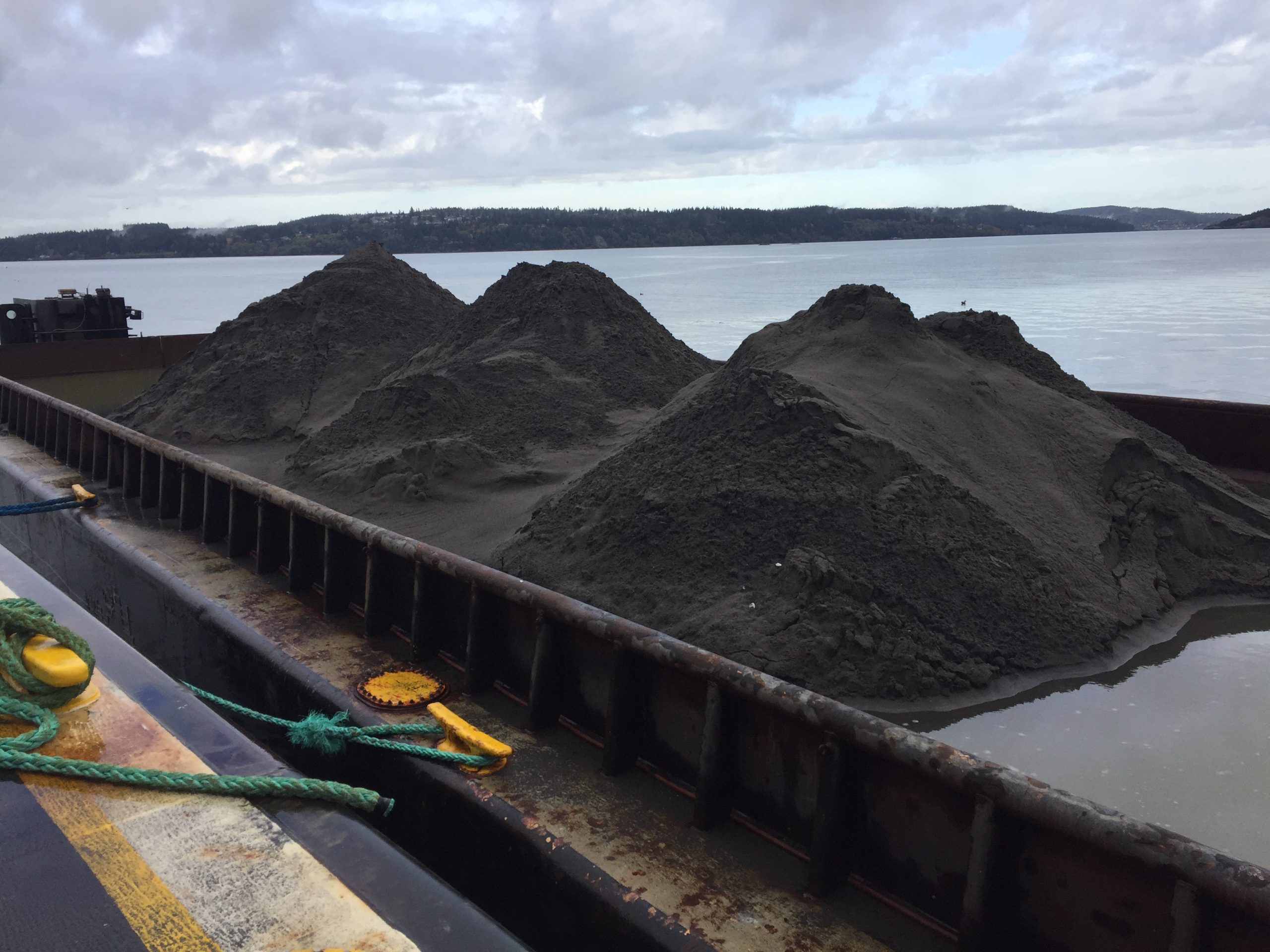 The U.S. Army Corps of Engineers Seattle District completed maintenance dredging in the Swinomish River on December 29.
Swinomish is the smallest of three entrances to Puget Sound, connecting Skagit Bay to the south and Padilla Bay to the north. The 11-mile long, saltwater channel was fully dredged to a depth of 12 feet MLLW and 100 feet wide.

J. E. McAmis of Chico, California, completed work on the south entrance in mid-November and is scheduled to complete work on the north entrance by the end of the year. Approximately 102,000 cubic yards of material was removed and placed in the Rosario Strait dispersive open-water disposal site, located nearly 11 miles from the north end of the Swinomish Navigation Channel. The disposal site is 6,000 feet in diameter with a disposal zone 3,000 feet in diameter. The site can accept unlimited volume of dredged material, which from the Swinomish consists predominantly of medium to coarse sand.

A clamshell dredge was used to dredge material that was placed on a split hull barge for transport to the disposal area.
Dredging in the Swinomish is limited to just the shoaled areas, which occur in various locations along the length of the channel and are in the form of hillocks that are pushed along by tidal currents. The southern entrance was most recently dredged in 2014 and northern entrance in 2012. Approximately 80,000 to 100,000 cubic yards of sediment are removed per dredging event, with dredging expected to be required every 4 to 6 years.