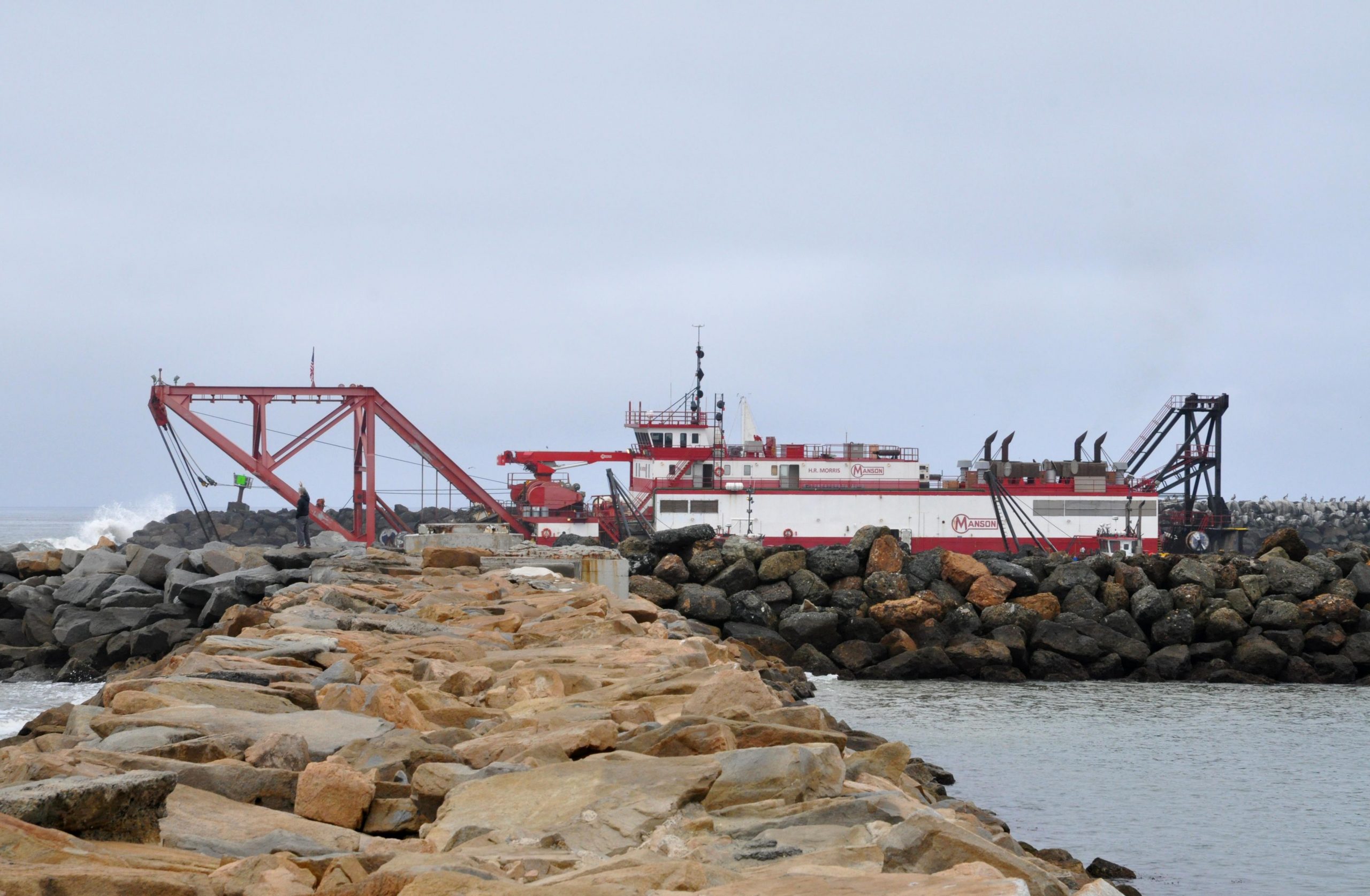 Manson Construction began dredging Oceanside Harbor in California on October 15 and wrapped up work the second week of November. The dredging, which is typically done on an annual basis, was delayed last May by the U.S. Corps of Engineers Los Angeles District because the previous water quality certification had expired and a new Section 401 permit was not obtained in time to start work in May.

Survey crews regularly monitor depths and found in late July that there was a significant amount of shoaling around the south jetty tip.
Manson was awarded a $10.7 million contract in 2017 from the Corps for maintenance dredging with a two-year option. The fall work cost was approximately $3.5 million for the removal of 280,000 cubic yards of sand and placement on Oceanside Beach. Manson used its 220-foot cutter suction dredge H.R. Morris to complete the work along with a series of floating pipelines.

The Corps pays for the annual dredging, although in 2017 the City of Oceanside contributed additional funding that allowed for removal of 440,000 cubic yards of sand and extended placement of the sand on area beaches. Most years approximately 250,000 cubic yards is removed.
The Corps is planning another maintenance dredging for April 2019