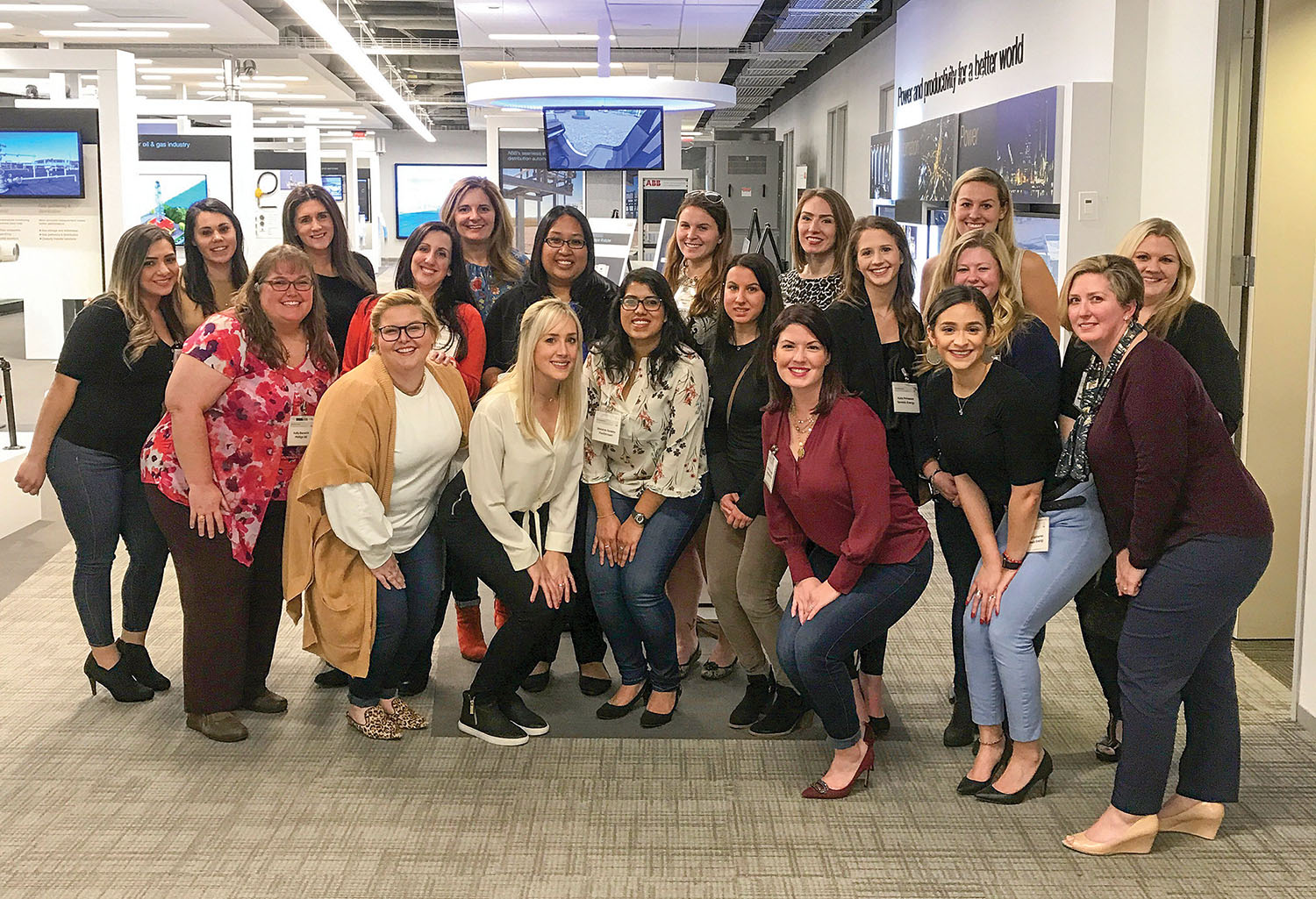 WIMOs, or Women in Maritime Operations, an organization dedicated to connecting and supporting women who are actively employed in the maritime industry, held its first official meeting in September 2017. Less than 18 months later, the organization is preparing to launch its second official chapter, with membership nearing 200 women and more than 60 member companies.

Kasey Eckstein, executive director of WIMOs and one of the organization’s founders, said the January 9 meeting was just the start of what will be an exciting year for women who work in the maritime industry in and around Houston.

“This was our first welcome meeting in Houston, and it was open to all women in maritime in Houston to get the word out about WIMOs,” said Eckstein, who is a senior account manager with ABB. “It opened the door to the chapter we’ll start there this year.”

Eckstein said about 25 women attended the event, which offered the chance to interact with a robot and introduced the women to ABB’s vision for what’s to come for inland waterway transportation.

“We were able to talk to them about the future of the inland waterways as it relates to the electric towboat,” Eckstein said. “I think a lot of the women were really excited about that.”

Eckstein expressed thanks to ABB for its longtime support for WIMOs.

“They are very excited about the organization, and this was one of the fancier events we’ve had,” Eckstein said. “ABB has been extremely supportive of WIMOs.”

Eckstein said WIMOs will most likely host one more welcome meeting in Houston before officially launching that chapter and forming a Houston chapter board.

“I’m really excited about how strong that board is,” Eckstein said. “We have a really strong diversity of companies on the executive board and on the Southeast Louisiana board, so I can only imagine what Houston is going to bring to the table.”

With Houston, WIMOs now has a presence in four regions of the country, including the Ohio Valley region, the Pacific Northwest and Southeast Louisiana. Looking toward the future, Eckstein sees no limits for where WIMOs can go next.

“Nothing is off the table, honestly,” she said. “Paducah, Ky., is one place we’ll get cranked up later this year. We have a lot of interest there, and it’s a place where of lot of our members go regularly to visit customers. I could also see something in the Fort Lauderdale area.”

Eckstein said she’s even fielded interest from women in the maritime industry in Amsterdam, the Netherlands, which is a major European maritime hub.

Regardless of where the organization goes next, Eckstein said what’s most exciting is how it’s bringing women together and enhancing their roles within the industry.

“To hear that WIMOs is directly helping someone’s job on a day-to-day basis is probably one of the best things we can hear,” Eckstein said. “And the friendships that have been formed because of this organization—I’m constantly seeing on social media that women from the organization are at different events together, attending football games together, attending networking events together.”

Whittemore is a great example of that. A native of Connecticut and a graduate of the Massachusetts Maritime Academy, Whittemore spent the early part of her career offshore, working on drilling rigs in the Gulf of Mexico and overseas. She then worked in project management for Karl Senner before getting back into operations and logistics with Marquette River Transportation last year. Whittemore credits her involvement in WIMOs as playing a big role in both opening doors for her career and enriching her relationships in the industry.

“This group has really helped me because some of my closest friends are from the industry,” Whittemore said. “My big thing is, if WIMOs can have this big of an impact on me and my career, I really hope I can help other women experience the same thing.”

Eckstein said she believes the strength and camaraderie of WIMOs is found in its focus: the organization is geared solely for women who work for maritime operators, from the pilothouse to payroll and anywhere in between.

“It’s for women who work for operators, because they’re all talking the same language on a daily basis, no matter what department they’re in,” she said.

(Caption for photo: About 25 women from the Houston area gathered January 9 at ABB Marine & Ports’ facility there for the first meeting of what will become the Houston chapter of WIMOs. (Photo courtesy of WIMOs)