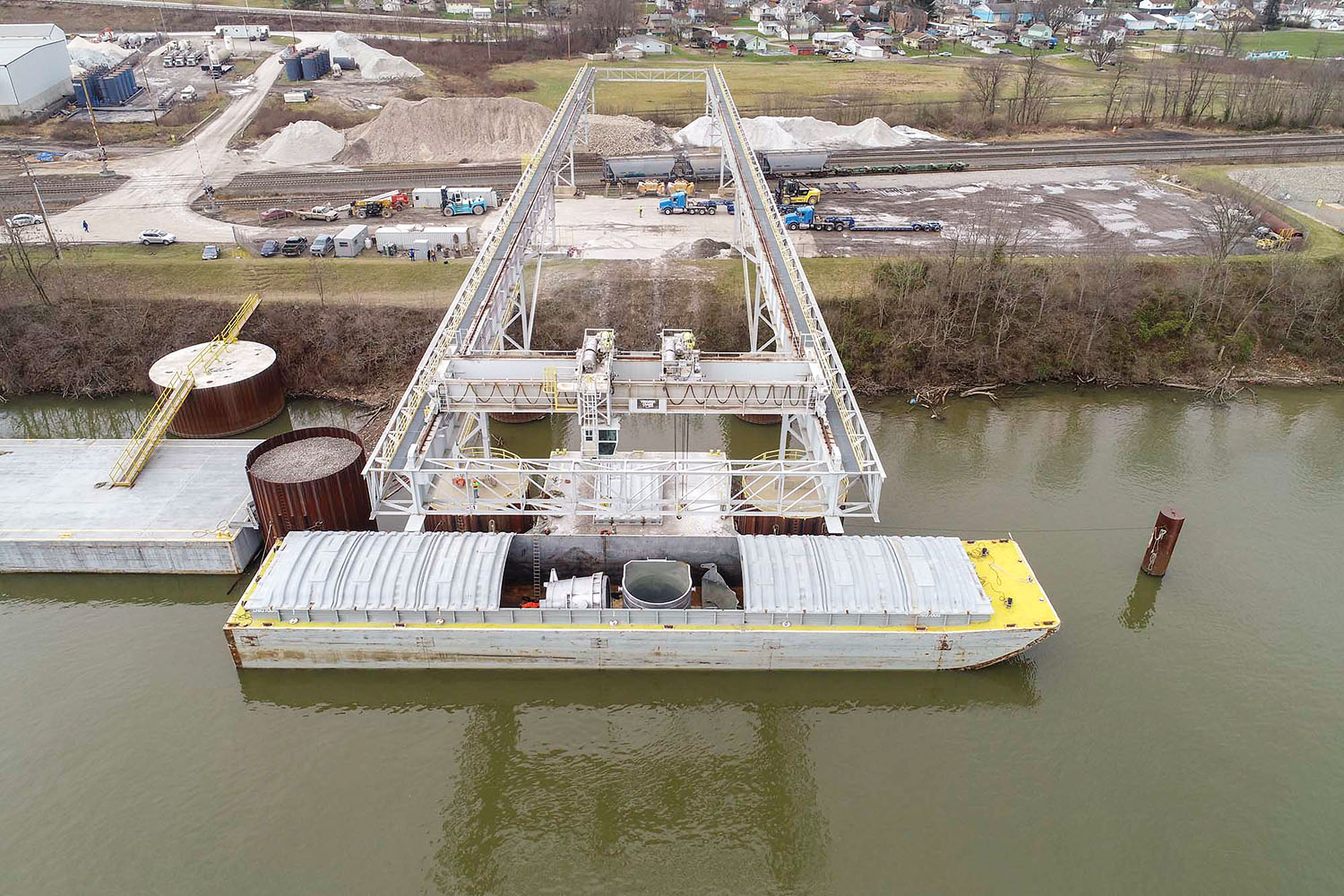 The Columbiana County Port Authority’s Wellsville (Ohio) Intermodal Facility has announced that Pier 48, the port’s operator, recently handled one of its largest loads at the terminal on January 7.

The Ohio River facility offloaded two ladles—one weighing 83,775 pounds and the other weighing 79,366 pounds—at the terminal after they arrived from China, where they were made.

Anna Chang, president of World Shipping America Inc., coordinated the effort with Pier 48 since last June. Once the ladles arrived at Wellsville, Larry Heck with Pier 48 said the company used specially designed slings made of nylon wrapped in Kevlar fabric to lift the robust pieces off the barge. Heck said the ladles were handled by the Pier 48’s overhead crane, which has a capacity to handle up to 120,000 pounds and is equipped with two 30-ton hoists.

The ladles were later loaded onto flatbed trucks bound for the Timken Company in Akron, Ohio.

According to Heck, Pier 48’s primary business is in handling steel coils, barite and soybeans, but it has seen an upsurge in handling project cargoes. “I’ve seen an increase in traffic on the Ohio River, and it looks like it’ll increase even more,” he said.

Penny Traina, the Columbiana County Port Authority’s CEO, concurred with Heck. “With the cracker plant being built in Beaver, Pa., upriver and [a potential] cracker plant in Belmont County downriver, we are geographically blessed to be right in the middle of them on the Ohio River,” she said. “We are looking forward to the economic boom.”

The Columbiana County Port Authority was created in 1977 by the county commissioners. Its initial base of operation was a 50-acre site on the Ohio River in East Liverpool, Ohio, purchased by the state and turned over to the port authority. The port authority represented a public terminus on the Ohio River that connected to Lake Erie via State Route 11. Today, the port authority owns and leases industrial plant complexes, barge/rail/truck cargo transfer facilities, a data operations center and a fiber optic network in Mahoning and Columbiana counties.

Caption for top photo: Once the ladles arrived in the United States from China, the vessel carrying them took 21 days to reach the Wellsville Intermodal Facility from New Orleans. (Photo courtesy of Columbiana County Port Authority)

Slideshow with more photos of the cargo transfer: 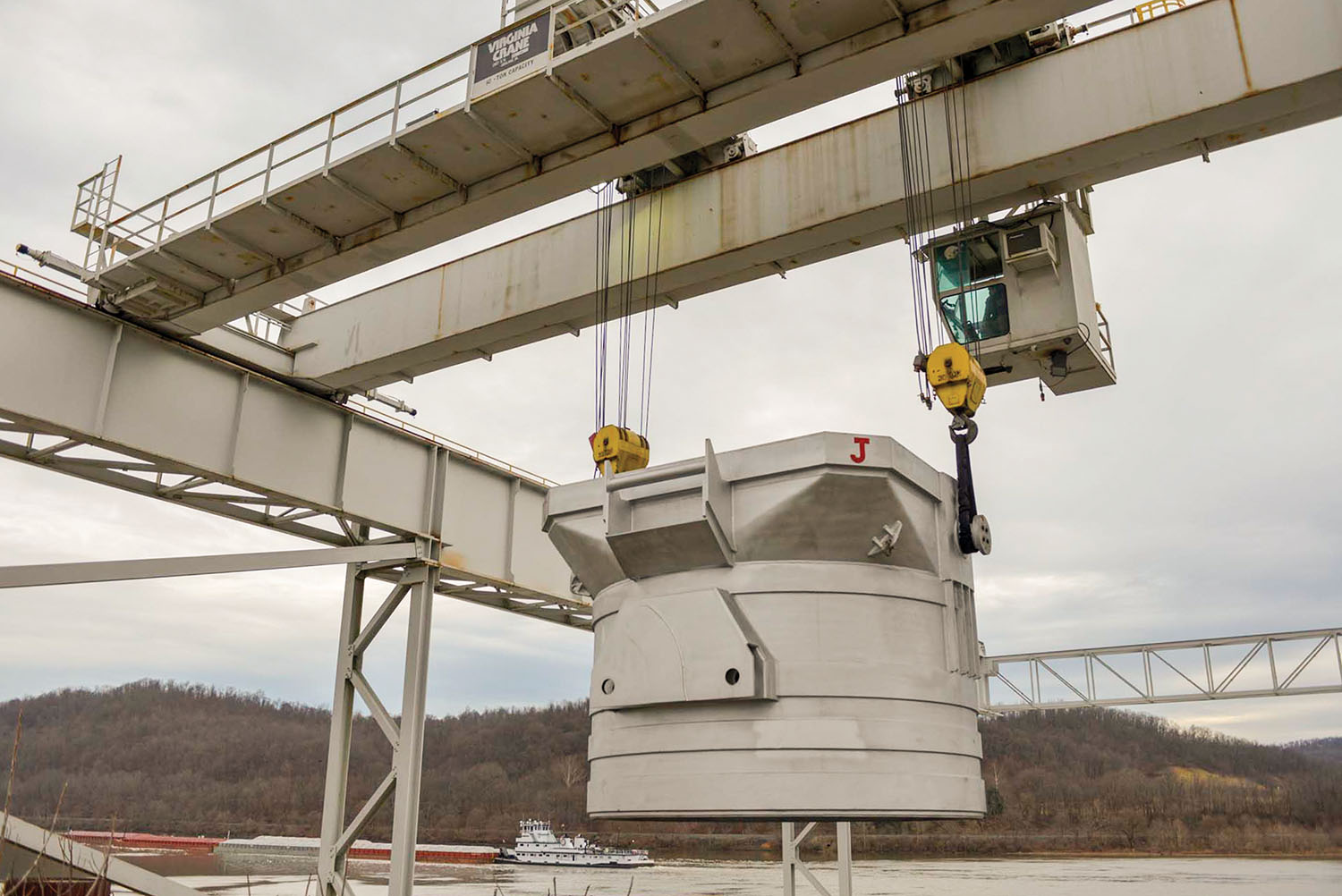 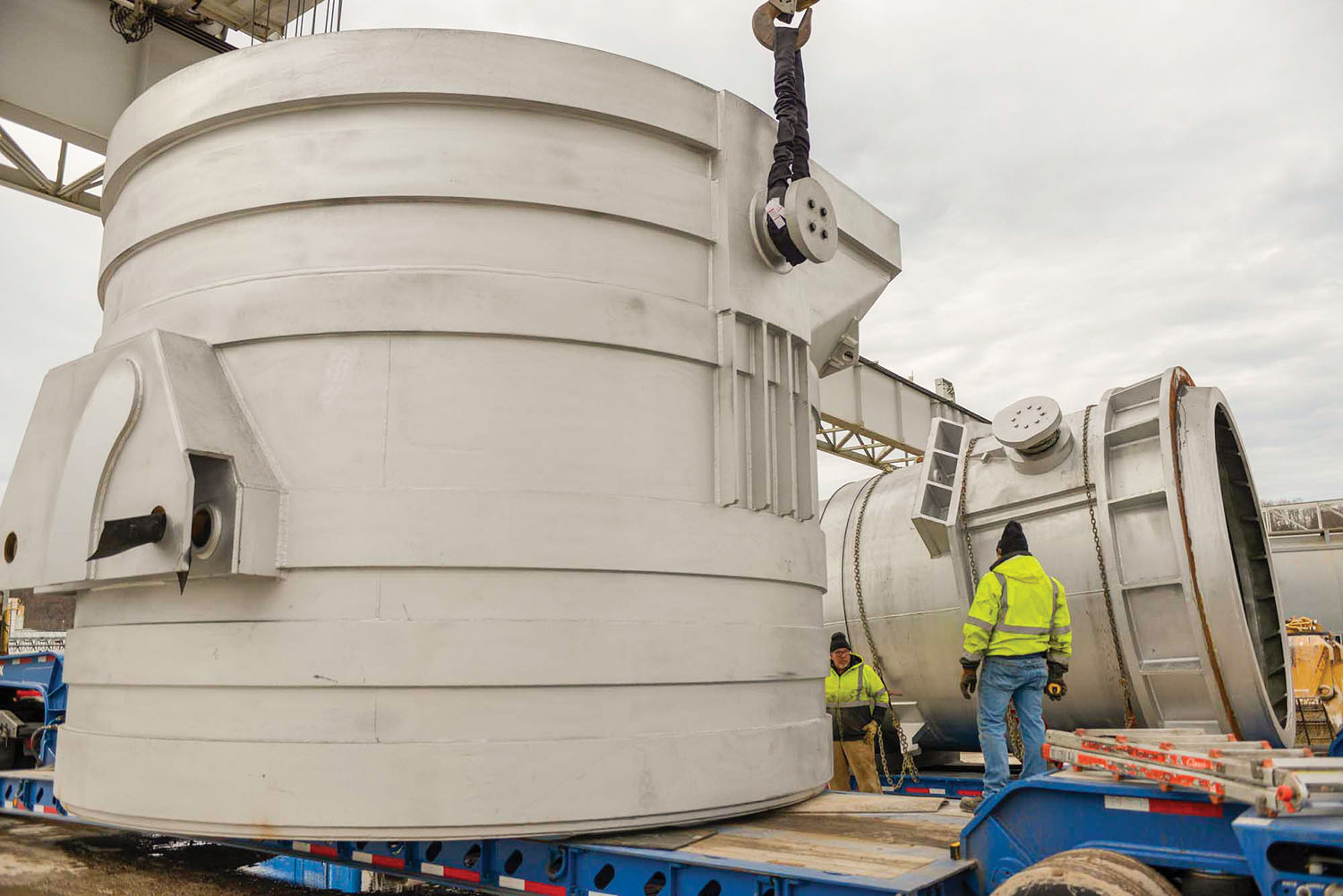 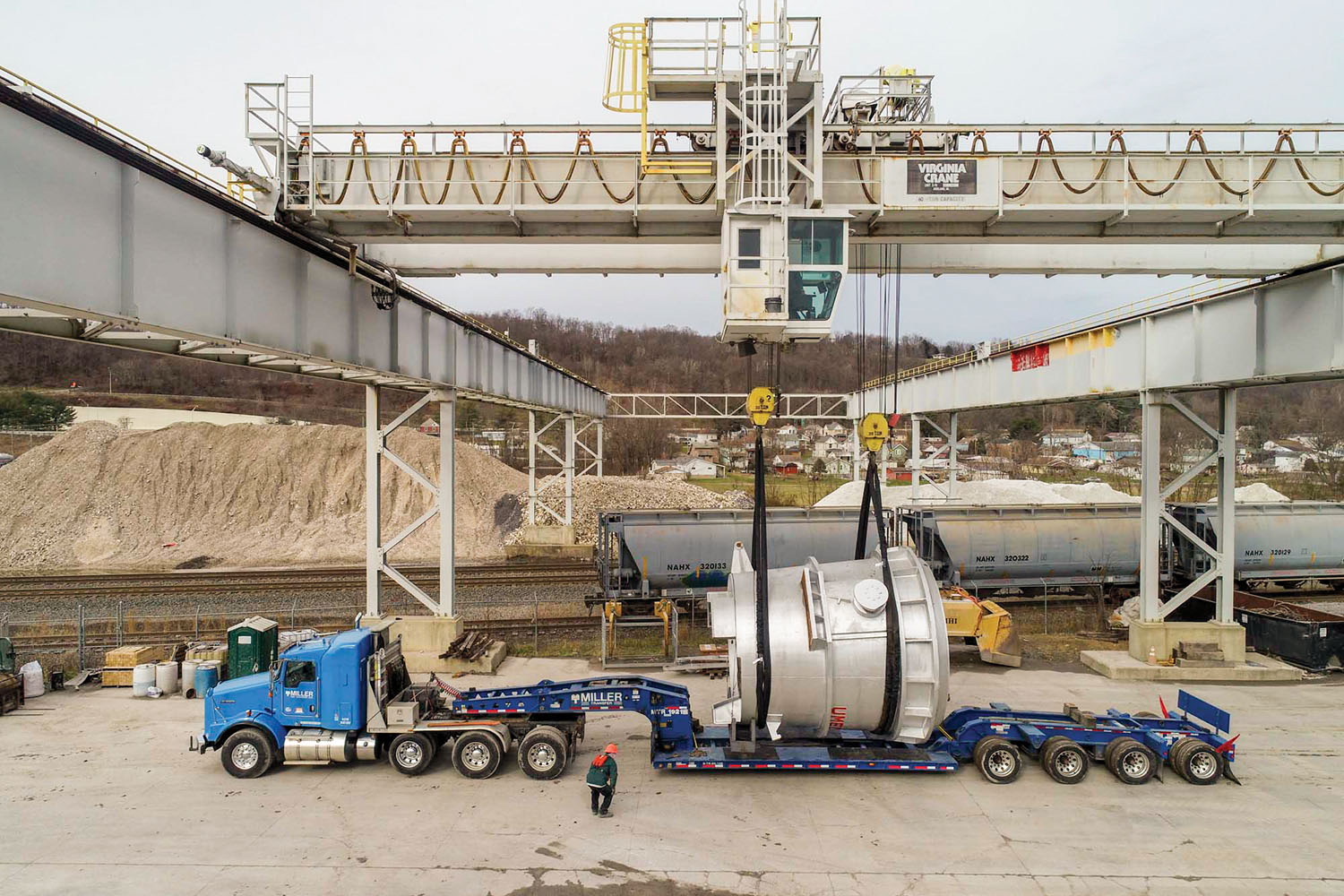