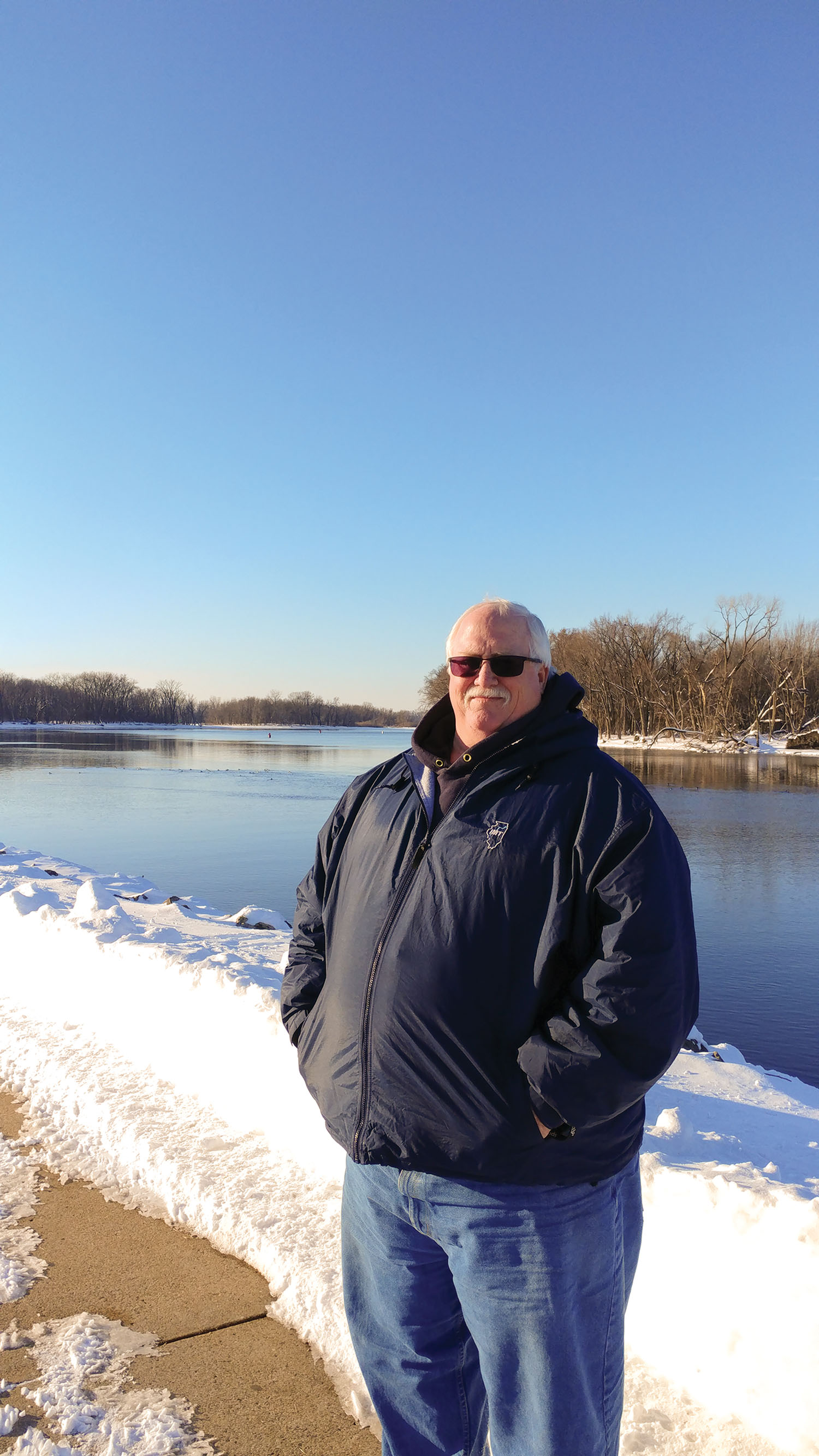 Capt. Brad Bond started out shipping on the rivers in 1979, ten days after he graduated from high school in Red Wing, Minn.

“My brother worked for a company in St. Cloud that manufactured freezers and refrigerators,” Bond said. Once a year, the company had a barge load of steel come upriver, “and the owner of that company encouraged my interest in towboating.”

Bond flew down to St. Louis to join his first towboat, the 5,600 hp. Ed Renshaw, in Alton, Ill. “I was told to take a limousine service over to Alton. As a kid just out of high school, I thought, ‘Limousine! These towboaters must be making out pretty good!’ Of course, the ‘limousine’ turned out to be a van filled with other deckhands joining the boat.”

The boat was operated by Ozark Marine, one of several barge companies spun off from Federal Barge Lines. Bond decked for them for two or three years, on the Upper Mississippi in summer and the Ohio and Lower Mississippi in winter.

Bond later joined Capital Barge Service in St Paul. The owner, Bob Draine, encouraged him to pursue his pilot’s and captain’s licenses. Bond remembers one pilot in particular, Bobby Deck, who provided him with what he called his “25-cents-a-day pilot’s education.” Bond explained, “Deck liked to read the St. Paul Pioneer-Press, which was 25 cents a copy back then.  Whenever I brought the paper to work, I knew he would read it and give me more time steering the boat.”

It was at Capital Barge that Bond got his captain’s license, often working the Minnesota River. “I had been studying out of books, and at that time the Coast Guard would send a regional exam team to St. Paul in the winter. There was a group of us getting our licenses. I was the only one getting a commercial towboat license; the others were all charter fishing boat captains going for ‘six-pack’ licenses [i.e., endorsements to carry up to six passengers].”

Bond also worked for Upper River Services, but business was slow after the flood of ‘93. When he heard that Leo Cattoni, owner of Illinois Marine Towing, was looking for pilots, he joined IMT in 1994.

He has since spent most of his time on the Illinois River, running between Lemont and Peoria, with occasional line hauls further afield.

Bond’s current boat, the twin-screw, 2,600 hp. Aggie C, was originally built in 1977 by Joliet Harbor Tug Service and was formerly named the Herb Schreiner. The Aggie C usually pushes tows of six or 12 barges, with a mix of tank and dry cargo barges. Bond says the short runs suit him, there is a steady diet of locks and bridges on the upper Illinois river to keep his skills sharp.

“That river hasn’t changed much, except for the electric fish barrier” near Romeoville, Ill., said Bond. The barrier is designed to stop the upstream migration of Asian carp. Bond says he is worried about the upcoming closures of several locks and dams on the Illinois River for upgrading.

This October, Bond will celebrate 25 years with Illinois Marine Towing.  Like many other captains, Bond speaks of the improvement in safety culture during his years on deck and in the wheelhouse, and in the comforts aboard towboats. “When we hit sub-zero temperatures during the recent polar vortex, the company ordered us to tie up for a few days” for safety reasons, he said.

Not that cold weather itself bothers Bond. When he’s not on the boat, ice fishing is one of his favorite activities.