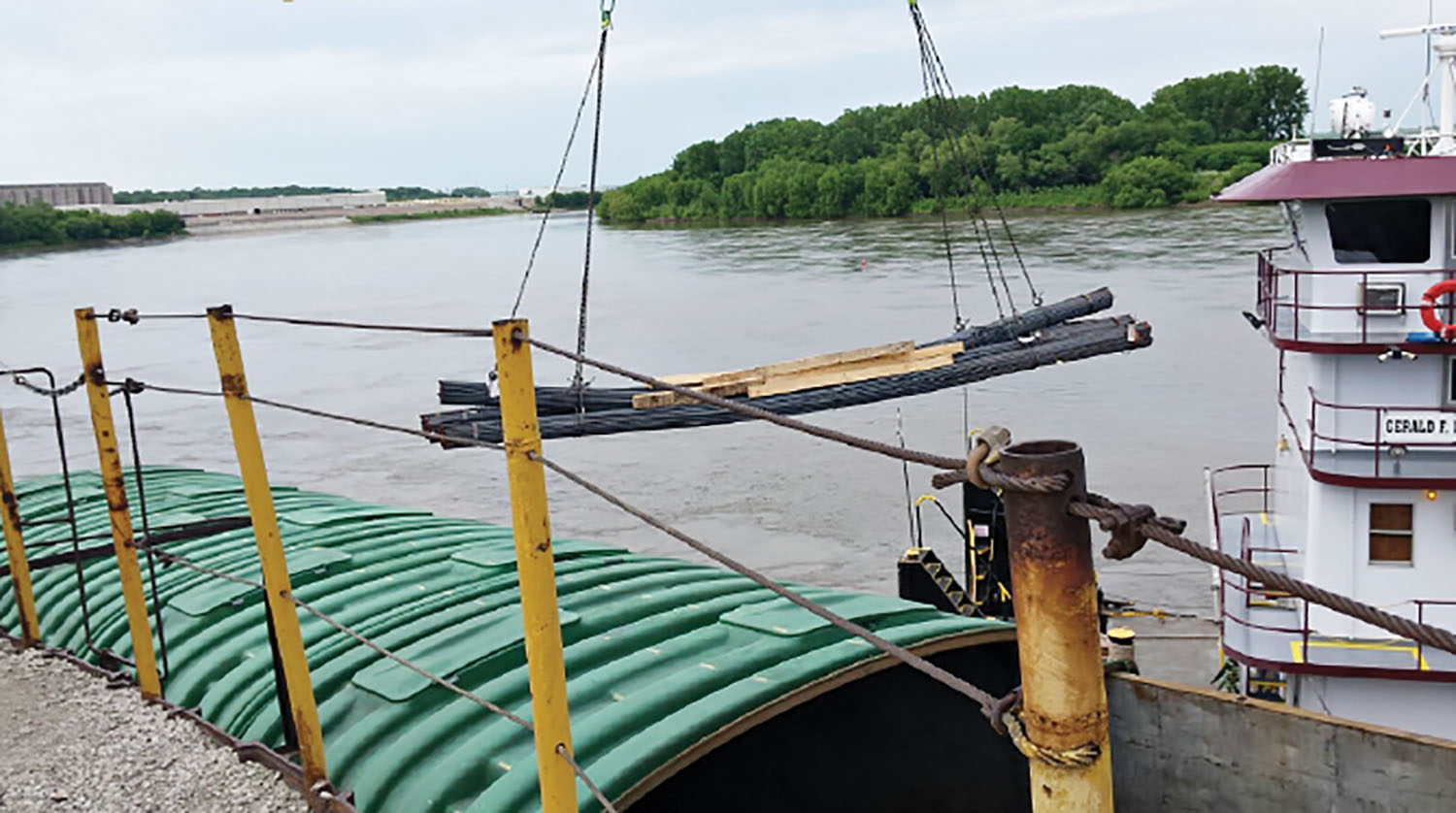 Among the many speakers at the Missouri River Navigators meeting in Kansas City February 13, Jon Stephens, the new president and CEO of Port KC, told the crowd about the port’s successful 2018 and what it has planned for this year.

Stephens particularly highlighted the port’s soybean shipments in 2018. Last year, Port KC saw 13,000 tons of soybeans shipped from Blair, Neb., to Kansas City. All but 20 truckloads of that total was shipped by barge. This eliminated 248,000 road miles on the 420-mile roundtrip that would normally take 591 truckloads to move. The rest were shipped via barge.

For 2019, Stephens said the port expects modest tonnage growth of 7 to 9 percent. He said the port plans to see an increase in at least six types of cargo, which includes road salt and ice melt, coal slag, shredded scrap, fertilizer, steel products and mill scale.

To help accommodate that growth, the port will be undergoing several projects, including the recently approved 7,000-ton dome to increase covered fertilizer storage capacity at the port by up to 43 percent. Stephens said the port will also be replacing nine mooring structures at its Woodswether Terminal and developing a three- to five-year infrastructure plan.

Additionally, the port will continue to support the Lower Missouri River Study with the Corps of Engineers to help improve navigation and flood control between Kansas City and the mouth of the river at St. Charles, Mo.

Currently, the lower Missouri River depends on tributary rivers and streams to support navigation. The port said this is the first time an official analysis of the initial design and structures of the river system has been conducted. The study will help determine whether structures are performing as originally intended and if they need improvements. The study will also examine new technologies that may be employed to improve freight movement and efficiency.