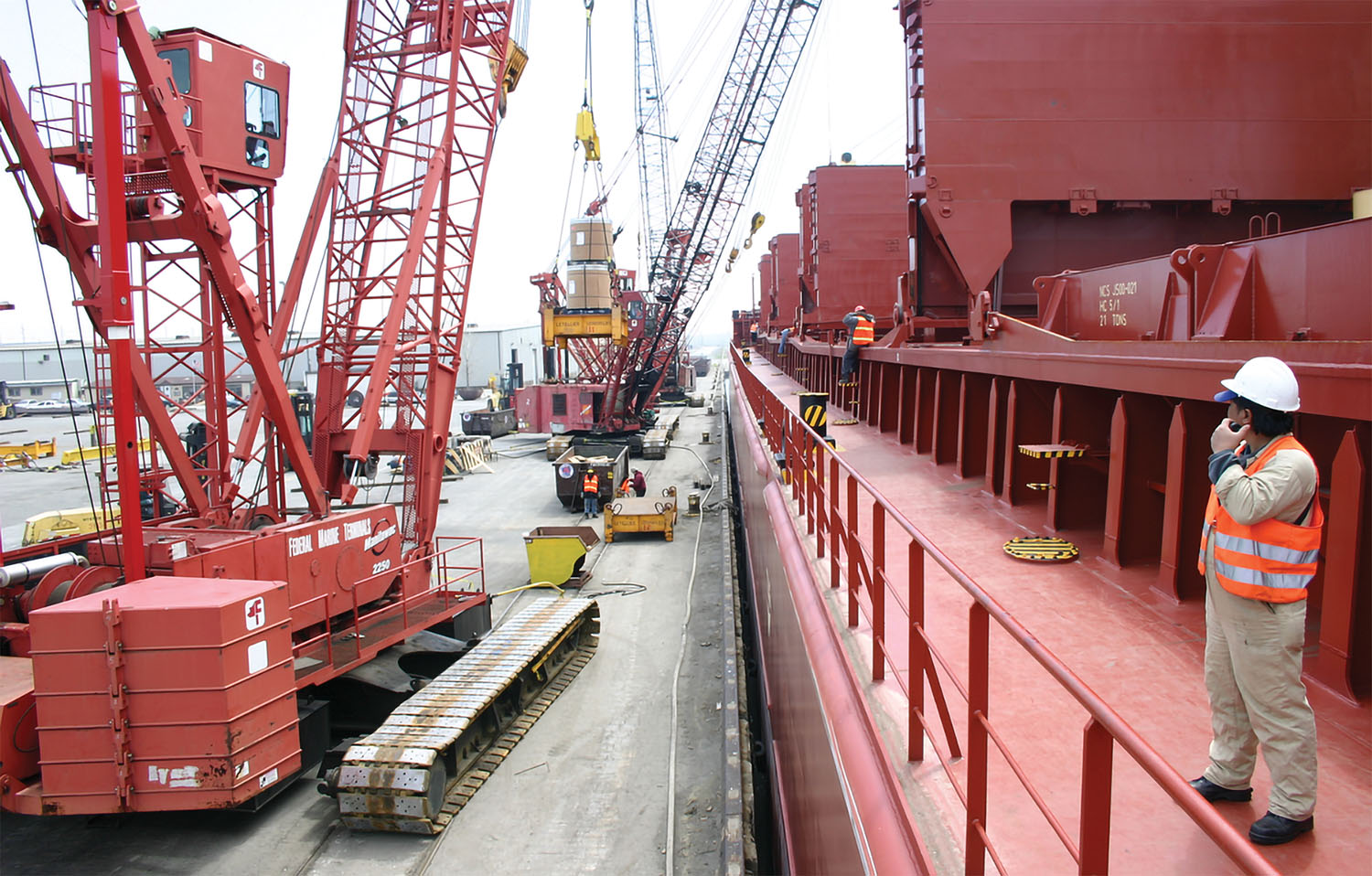 The Port of Indiana-Burns Harbor is extending its partnership with Federal Marine Terminals (FMT), the port’s long-time stevedore and marine terminal operating company, through at least 2023.

“FMT has been a vital collaborator with the Port of Indiana-Burns Harbor since 1999,” said Port Director Ian Hirt. “This consolidated operating agreement underscores FMT’s commitment to the greater northwest Indiana and Chicago markets.”

FMT has been handling cargoes in the Great Lakes and St. Lawrence River and along the East and Gulf coasts since 1960. Originally established to complement the freight operations of the Montreal-based Fednav Limited, FMT now functions independently and services bulk, specialized and general cargo needs. FMT has 12 facilities in the Great Lakes, the East Coast and the Gulf of Mexico.

The commodities FMT handles at Port of Indiana-Burns Harbor include steel, breakbulk cargoes; forest products and heavy lift/project cargo, like wind turbine components; massive beer tanks, and, in 2017, the world’s largest liquid argon particle hunter called “ICARUS,” which was the most valuable shipment ever to cross the port’s dock.

“FMT is solidifying our commitment to the port and our customers by investing in our fleet of equipment at Burns Harbor,” said Matthew McPhail, FMT’s vice president of sales and marketing. “FMT has recently ordered a new crane and we are bringing in a second crane to accompany it. FMT strives to meet the needs of all its customers, regardless of shipment size. Our ability to handle large-dimensional cargo is due to our safety-conscious staff, our modern equipment and the facilities the Port of Indiana-Burns Harbor provides.”

This renewed partnership comes as unprecedented tonnage increases from cargoes moving through the state of Indiana’s three-port system made 2018 the best year in the organization’s history.

Caption for photo: FMT has been handling cargoes in the Great Lakes and St. Lawrence River and along the East and Gulf coasts since 1960. (Photo courtesy of the Ports of Indiana)