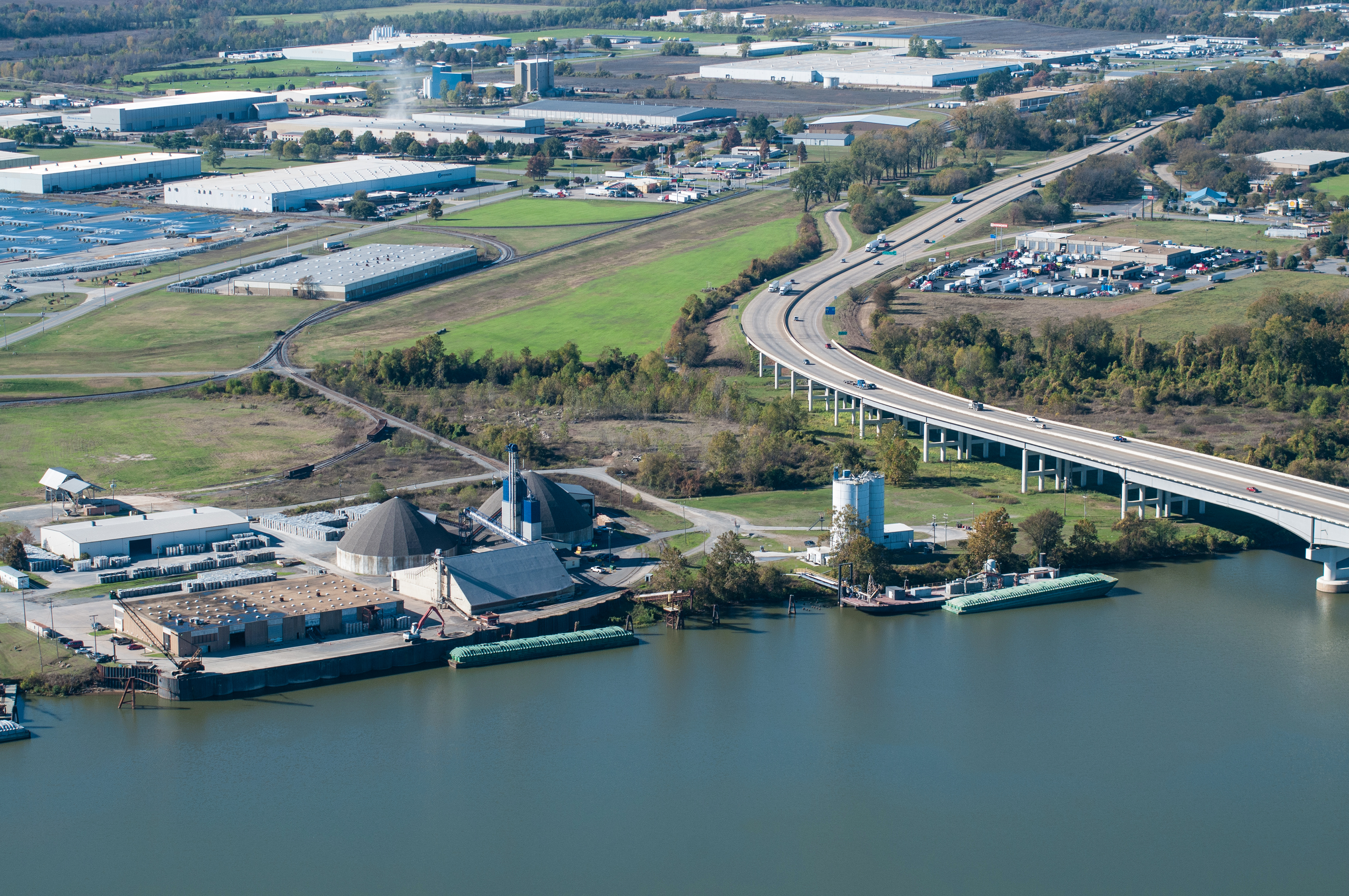 Sixty Years In The Making: The Little Rock Port Authority

One month into the new year, the Port of Little Rock was already breaking records as a part of its growth initiative when it handled more barges and tonnage in January compared to the same time last year. Not only is the port projecting this to be a trend throughout 2019, it is also steadfastly working on port improvement projects, attracting new business and touting itself as an intermodal port ready to further expand its services on the inland river system.

Growth and transformation has been a key focus of the port since its inception in 1959. Sixty years later and under the leadership of the Little Rock Port Authority, the port has become a transportation hub that connects the state to the global economy via its river terminals, railroad connections and highway access.

The Little Rock Port Authority said its stevedore partner, Logistics Services Inc. (LSI)—which has operated the port’s docks, terminals and warehouses since 1982—worked 39 barges and more than 58,000 net tons of cargo that it loaded or unloaded from barges in January—12 more barges than the number worked in January 2018. Tonnage was up over January 2018 by 17,000 tons.

Bryan Day, executive director of the Little Rock Port Authority since 2014, said the port expected February numbers—not yet released—to exceed February 2018 as well. “We saw tremendous successes in many different areas at Little Rock last year,” he said. “As a public port, we are committed to serving the best interests of the public, while focusing on our vision of becoming America’s leading inland river port.”

Growing Accomplishments
Since the development of its strategic plan in 2015, Day said the port has been aggressively pursuing land acquisitions with the help of its $10.5 million, one-time sales tax collection. “During the past year, we completed several property acquisitions and are working to have several shovel-ready sites ready for economic development prospects,” he said, adding that phase 1 of the project was recently completed.

In 2016, former U.S. Transportation Secretary Anthony Foxx announced that the Little Rock Port Authority was among 40 applications from a pool of 585 to receive Transportation Investment Generating Economic Recovery (TIGER) grant funding. The port authority was awarded $6,185,400 to construct improvements to the existing slackwater harbor area, including a new dock with direct dock-to-rail capability, and additional rail storage.

The first phase of the project added more than 5,200 linear feet of railcar storage track near the port’s slackwater harbor.

On February 21, the port held a ceremony to celebrate the completion of phase 1.

Congressman French Hill (R-Ark.) was on hand to accept the ceremonial “final spike” to signal the project’s completion.

“Bids are opening soon for Phase 2, which includes the construction of a rail-served dock,” added Day.

The design of a third dock facility will nearly double its cargo handling capacity, according to Day.

“Some of our additional accomplishments over the last year include the improvement of more than 5 acres for use as outside storage and we should have another 4 acres improved this year as well,” said Day. “We have added several spurs and crossovers to serve new port rail users, one of which receives 1,500 railcars per year.”

Day said the port has also completed a 16,000-square-foot bulk storage warehouse, road and sign improvements, and the addition of new port tenants.

Port Challenges
When asked what challenges are currently being faced by the port, Day said the port’s greatest challenge is striking a balance between property acquisition, infrastructure maintenance and development, and equipment acquisition while remaining responsible stewards of public monies. “Here at the Little Rock Port Authority, we have been fortunate to receive funding from the Arkansas Waterways Commission grant program, Economic Development Administration grant program, a city-wide special sales tax initiative, surplus operating funds and, for the first time, the issuance of bond debt,” he said.

Day said the port’s docks, its marshalling yard and storage tracks have been operating at or near full capacity for the past several years. “We are working to address the necessary infrastructure needs to allow us to continue to grow,” he said.

Another challenge the port must face head-on is finding the right tenant as it becomes more focused on leasing property near the waterfront. “As our industrial park has some of the premiere sites for industrial development in the state, it can be a real challenge to work with economic development interests in the state to make sure we are attracting the right industries that will help the port meet its mission,” he added.

A Look Ahead
In honor of its 60th anniversary, Day said the port is refocusing on its brand by updating its logo and working on a new website. “Additionally, we continue to have conversations about expanded services, such as container-on-barge, which we know will really happen one day,” he said. “We hope to break ground on the TIGER-funded dock by early spring, and we’re anxious to have the additional cargo-handling capacity it will provide.”

The new facility will include a 30,000-square-foot warehouse, truck scales and an office. Day said that all of the equipment will be provided by LSI.

“There is a lot of excitement here at the Port of Little Rock about the growth we have seen and how we are positioning ourselves for continued growth,” said Day.

In 2018, the MKARNS reported approximately 11 million tons of cargo moved via barge, with just under 1 million tons of that cargo moving through the Port of Little Rock’s docks and terminals. “The Port of Little Rock has grown into a substantial economic engine, having generated several billion dollars of economic impact over the last decade,” added Day. “We are committed to enhancing our strength and position as one of the top ports on the MKARNS as we map out our future growth and expand our economic impact.”

Port Landscape
Situated on a 2,640-acre industrial park, the intermodal port has two full-service river terminals, its own switching railroad and a slackwater harbor on the 448-mile McClellan-Kerr Arkansas River Navigation System (MKARNS). Its terminals have two service areas, a main terminal docking area and two barge berths that are served by a 175-ton Manitowoc crane and a 125-ton American crane.

The port is not only Arkansas’ largest public port, but it’s also the only port served directly by both the Union Pacific and BNSF railroads on a daily basis. “We operate our own shortline railroad, which provides switching on demand to port tenants who utilize rail,” said Day.

The Port of Little Rock is home to more than 30 industrial manufacturers who employ nearly 4,000 people from several counties around the state. In addition to manufacturers, the port’s tenants include numerous trucking companies, a fire station, a medical clinic and other businesses.