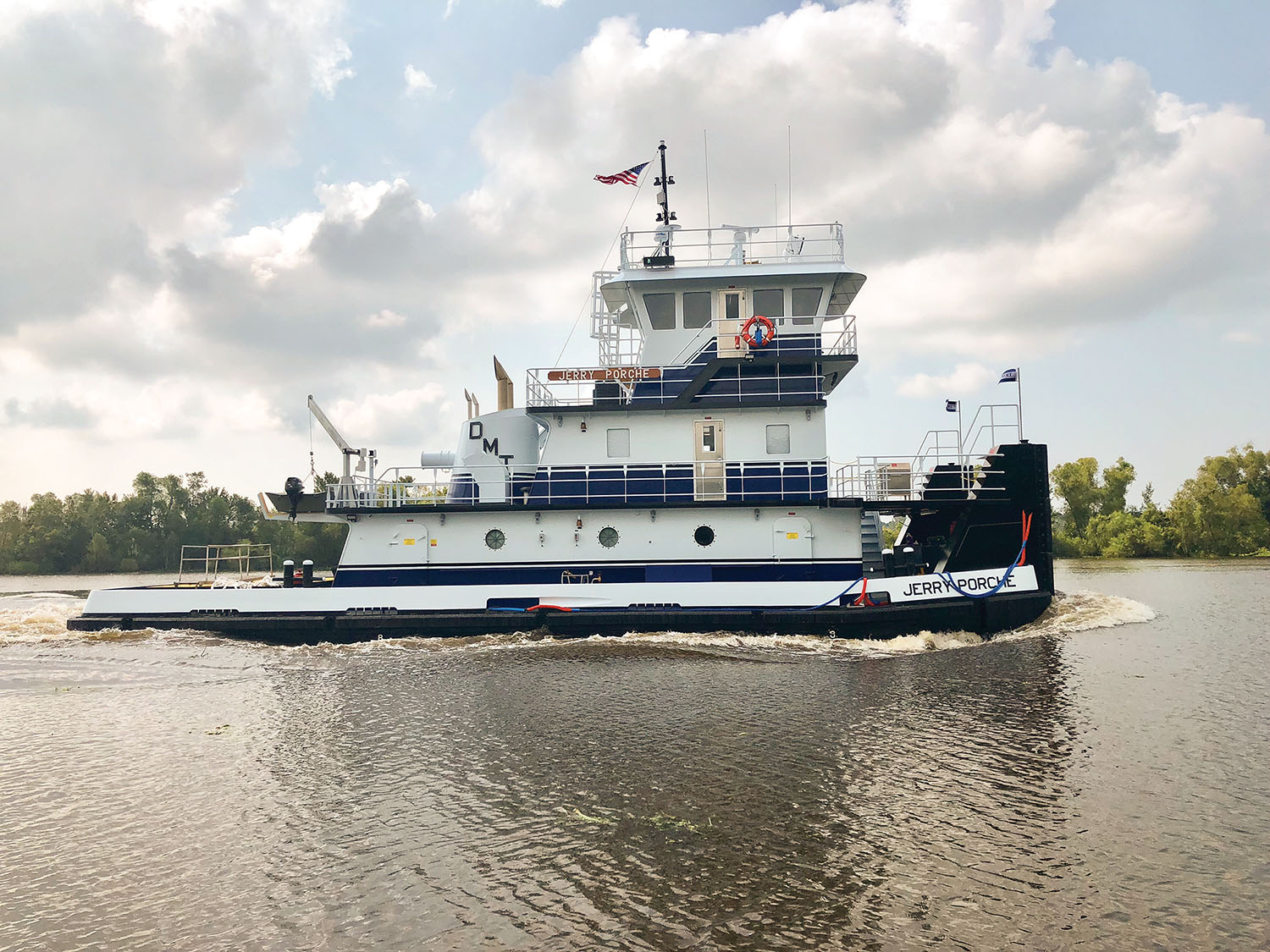 Having just christened a new towboat last fall and soon to christen another one—in addition to moving to new headquarters—Dupre Marine Transportation continues to steadily grow.

A family-owned and -operated marine towing company, Dupre Marine christened the mv. Jerry Porche last September. The next new towboat will be similar in size and will be dedicated this fall. First, though, the growing company will be moving its headquarters to a new building close to its existing office in Houma, La.

Exterior framing has been completed on the structure, which is located on Valhi Boulevard, a short distance from the current office on Hollywood Road. The move-in date is anticipated to be sometime in June. The headquarters building will encompass 10,679 square feet in two stories and house the company’s executive, administrative and sales personnel, and all shoreside staff. Dupre Marine had been at the previous site for 5-1/2 years, before finally outgrowing it.

The boat’s steering and flanking rudders are controlled by an EMI steering system. The engines are cooled by grid coolers. There is tankage for 18,000 gallons of fuel and 10,430 gallons of potable water.

The Jerry Porche is the seventh vessel in Dupre Marine’s fleet and the third new build. The company named it for the father of Alva Dupre, who is the wife of the company’s owner and president, Rory Dupre.

Rory started the company with one 600 hp. boat in 2001 after spending several years right out of high school working shoreside in the offshore market, he said in a videotape of his remarks at the christening.

Speaking about the volatility of the marine business, he credits his success to a stroke of good fortune during a downturn several years ago that he said led him to Kirby Inland Marine, for whom he today successfully tows red flag barges. “You can know everything there is to know about what’s going on,” he said, “but in order to succeed, you have to have a little luck.”

The next towboat, his fourth new build, will also be 72 by 30 feet and have 2,000 hp. It is under construction at Intracoastal Iron Works, as well, and will be named the mv. Everard Dupre.