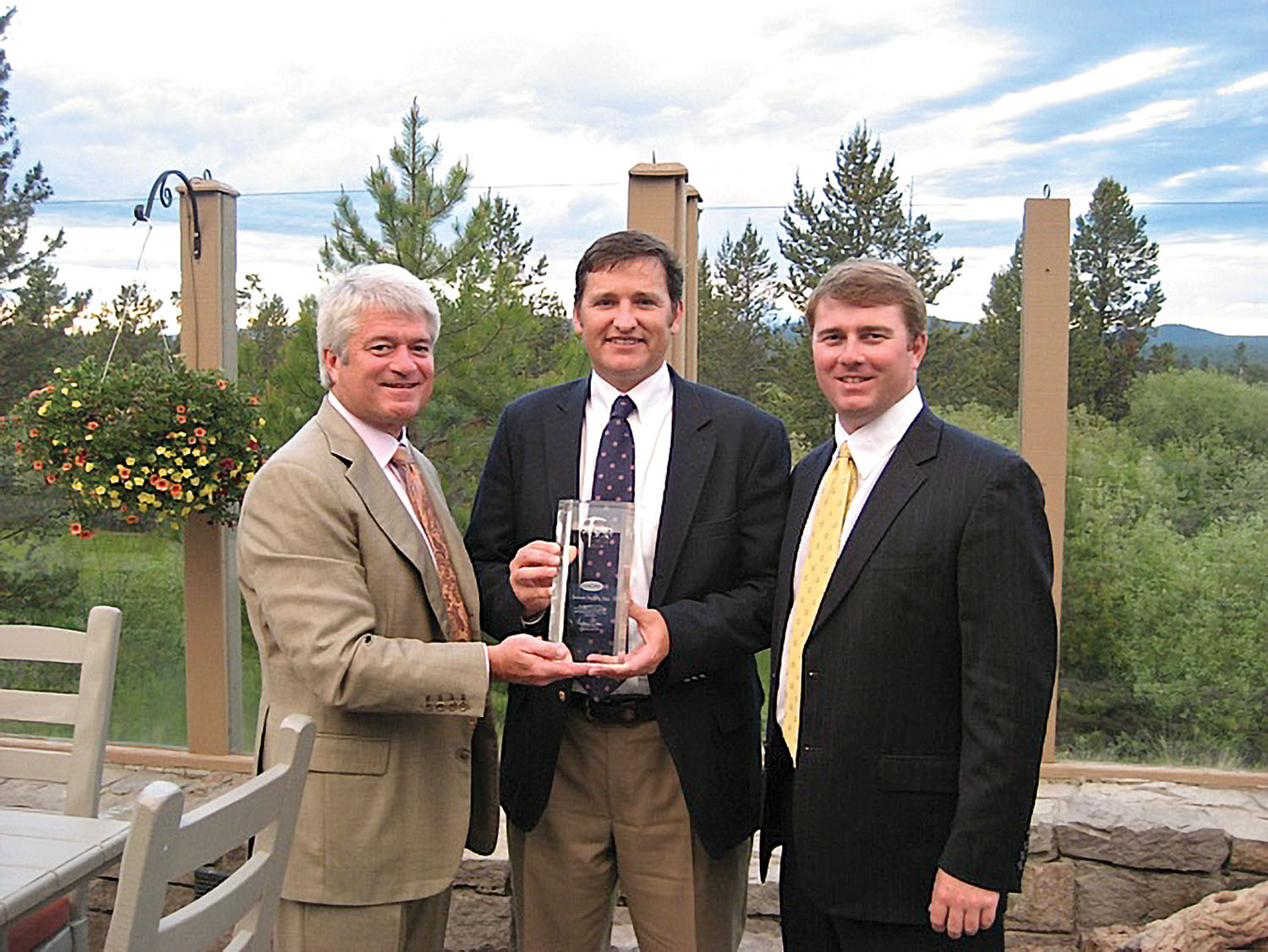 The year is 1967. Teledyne Corporation has just acquired Berwick, La.-based Sewart Seacraft, a shipyard known best for its military patrol craft. Part of the acquisition was the shipyard’s small supply company, Sewart Supply.

“After a time, Teledyne realized they didn’t want the little supply company,” said Allie “Al” Adams III, president of Sewart. “It was a general supply company that just happened to have Twin Disc transmissions as one of its products.”

Word soon spread that Teledyne wanted out of the shipyard’s supply company. That caught the attention of Allie Adams Jr., who, already with 25 years experience in the maritime industry, was a general manager at Brady Engine Company, a Detroit Diesel dealer based in Houma, La.

“They had a vision to buy Sewart Supply and get the Twin Disc distributorship,” said Al Adams, son of Allie Adams Jr., “so they sent my dad to negotiate with the Batten family at Twin Disc in Racine, Wis.”

Allie Adams Jr. met with John Batten, who was then the second-generation Batten at the helm of Twin Disc. The company is now led by his grandson, John Batten.

“My dad met with Mr. Batten, and Mr. Batten thanked him for his efforts but said they couldn’t align themselves with Detroit Diesel,” Al Adams said.

And that could’ve been the end of the story for Sewart Supply, but instead it got Allie Adams Jr. to thinking—could he make a go of it as an independent distributor?

“He put together a plan on the plane ride home, jumped right back on a plane, and went back to Mr. Batten,” Al Adams said. “Mr. Batten said, ‘Hey, I like the way you operate,’ and signed him right up.”

That meeting marked the beginning of a relationship between the Batten and Adams families that endures to this day.

By February of 1969, Allie Adams Jr. was able to put together funding to buy Sewart Supply from the shipyard, which by then had rebranded as Swiftships.

“My dad’s favorite story became that it took every penny he had to put the deal together,” Al Adams said. “By the time he could afford to change the name [from Sewart], he had it too well established, so he just left it. That’s why we still carry the name today, 50 years later.”

On day one, Sewart was made up of just Allie Adams Jr. and two others. Within two or three years, the team had grown to five, with Allie Adams Jr. getting the company’s service department up and running.

Over the years, Sewart has seen a steady growth both in territory and in its product line. In 1974, Sewart acquired Twin Disc’s former factory branch in Jefferson, La., which gave Sewart the Twin Disc distribution territory in the rest of Louisiana and southern Mississippi. In 1982, Sewart moved its headquarters from Berwick to a new facility in nearby Morgan City. That was the same year Al Adams joined the company.

The 1980s also saw two other significant developments for Sewart. First, the company acquired another distributor, which added the rest of Mississippi, Alabama and the panhandle of Florida to Sewart’s Twin Disc distribution territory. Second, in 1989, Sewart became the Gulf Coast representative for HamiltonJet, a New Zealand-based manufacturer of water jet propulsion systems.

At that time, water jet propulsion in the commercial offshore marine industry was essentially non-existent on the Gulf Coast. With the help of HamiltonJet, Sewart was able to install water jet propulsion systems into crew and fast supply vessels, marking a significant milestone for the industry.

This year also marks Sewart’s 30th as a representative for Hamilton Jet.

In 1990, Sewart moved its New Orleans area location to the Harvey Canal, and in 1992, the company acquired a Twin Disc distributorship in Texas, which brought the southern part of Texas into its territory.

And beyond the marine industry, Sewart now markets Twin Disc products for use in the land-based oil and gas markets. On a well site, there will be 30 different pieces of equipment that Twin Disc can apply its transmissions to, from hydraulic frac trucks to blenders, pump downs and water pumps. Sewart can provide solutions to all these completion needs.

“You have to be diverse at this point,” Allie Adams IV said. “You can’t just stand still, because everyone else will pass you up.”

Over the past 50 years, there have been two constants at Sewart: family and service focus.

Al Adams said, with a family business, work never really stays at work, but that has its positive side too.

“It always seems to be with you, but I had a great mentor in my dad,” Al Adams said. “He had quite a long career in the industry and was well known. It was a pleasure to work alongside him and learn everything I could. Then to follow that with Allie joining us, I couldn’t ask for more.”

Allie Adams IV said joining the family business was always what he wanted to do.

“During the summers, my dad would hire my brother and me,” Allie Adams IV said. “We started working there when we were only 12 years old, cutting grass, painting and different things. Then we got big enough to go on the boats, turning wrenches and working with the guys in the Gulf of Mexico and on the rivers.

“It was just something I always wanted to do,” he added.

That family tradition leads to another Sewart distinctive characteristic: service.

“My dad had this mantra, ‘Built around service,’” Al Adams said. “He firmly believed that our success on the sales side would be built on the service and support we offer on the back side. He was very committed to inventory, so that we had the product and were in a position to service it.”

That commitment to service means Sewart has amassed a huge catalog of parts and a team of technicians, ready to be dispatched when there’s a need.

“We have the largest inventory out of the entire distributions network,” Allie Adams IV said. “Our highly skilled technicians, combined with a vast inventory of spare parts, allow us to service the equipment no matter where the vessels are.

“A lot of boats don’t necessarily end up where they’re built, so our service follows boats up the river and even overseas to other continents,” he added. “Wherever the boats are working, we’ll follow them with our service.”

“We’re a 24/7 operation,” Al Adams said. “Obviously, that puts a lot of stress and strain on the team, but that’s what it takes to be successful. Fortunately, we have good team members who are up to the task.”

To mark its 50th anniversary, Sewart Supply has rebranded as, simply, “Sewart,” and launched a new website. The company plans to hold employee and customer appreciation events at each of its locations throughout the year, culminating in a celebration of Sewart’s 50th anniversary at the company’s hospitality room at the WorkBoat Show in New Orleans. 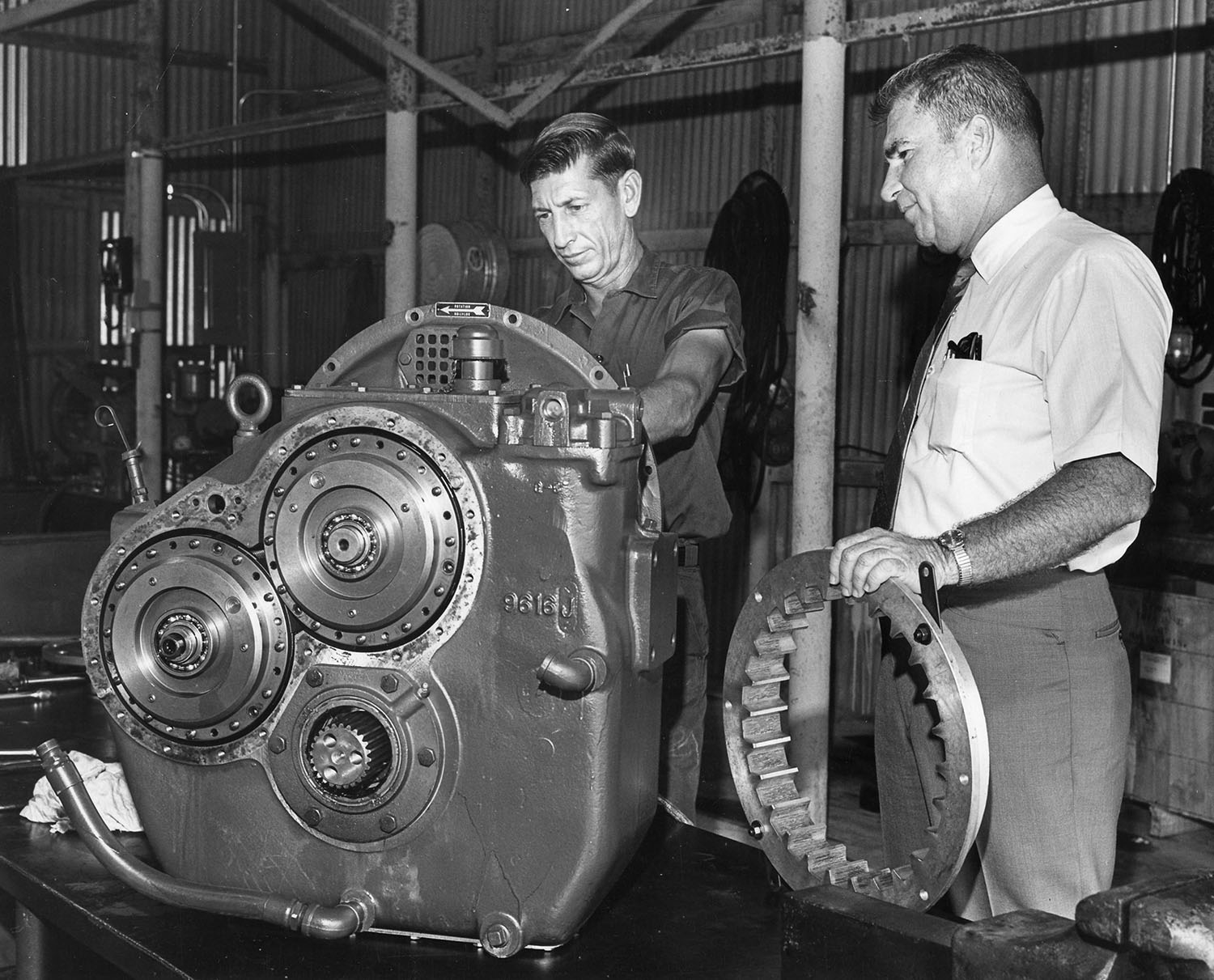 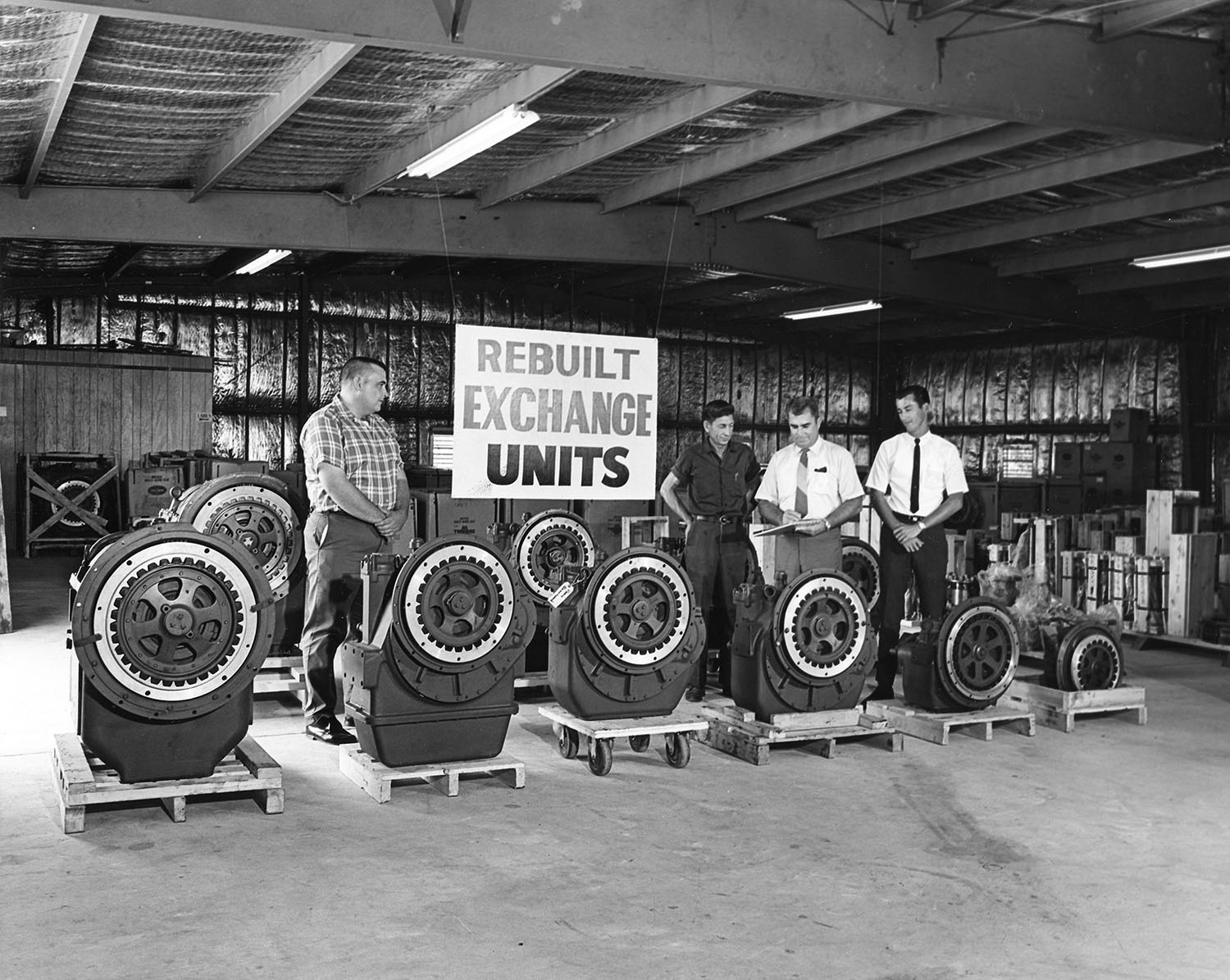 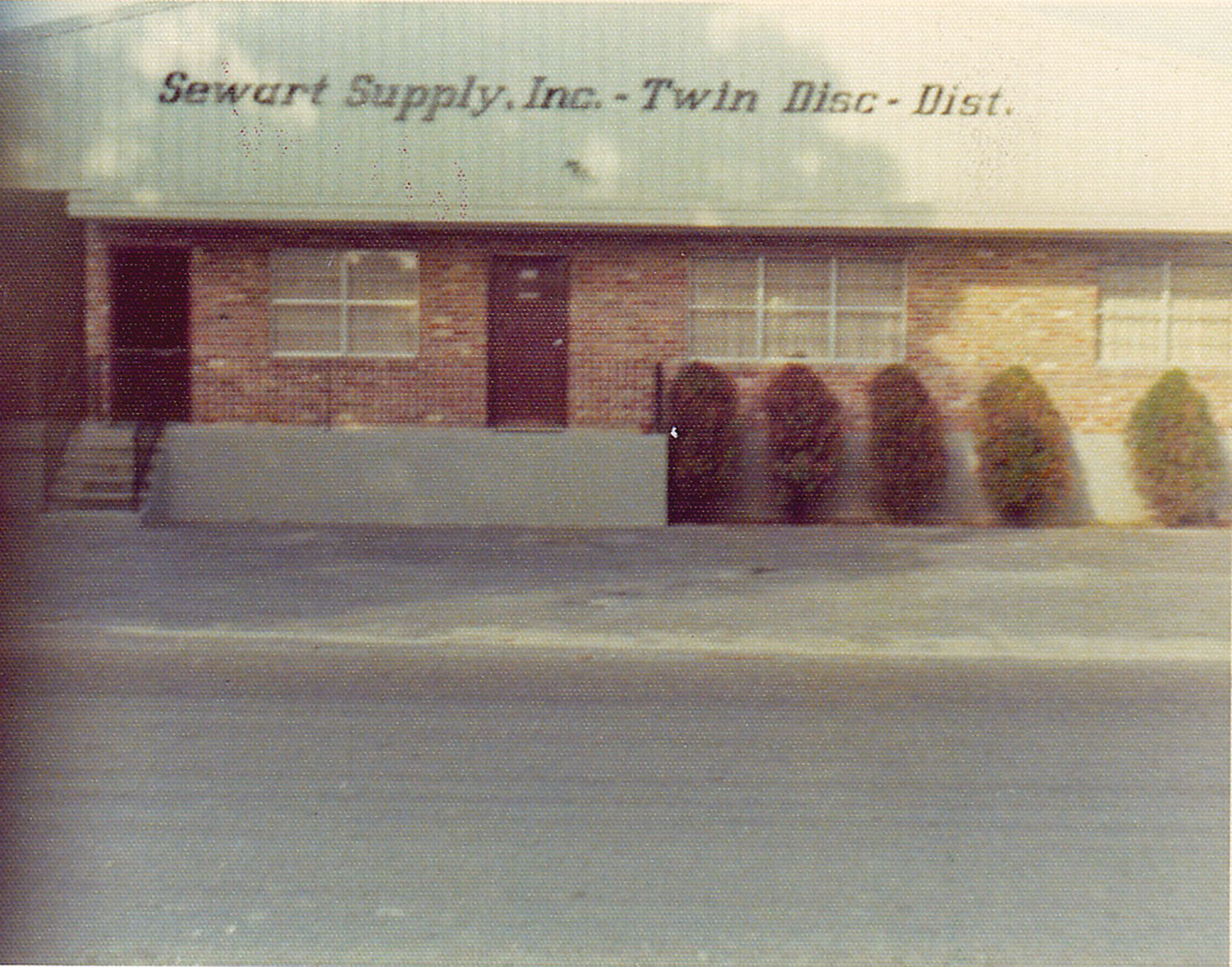 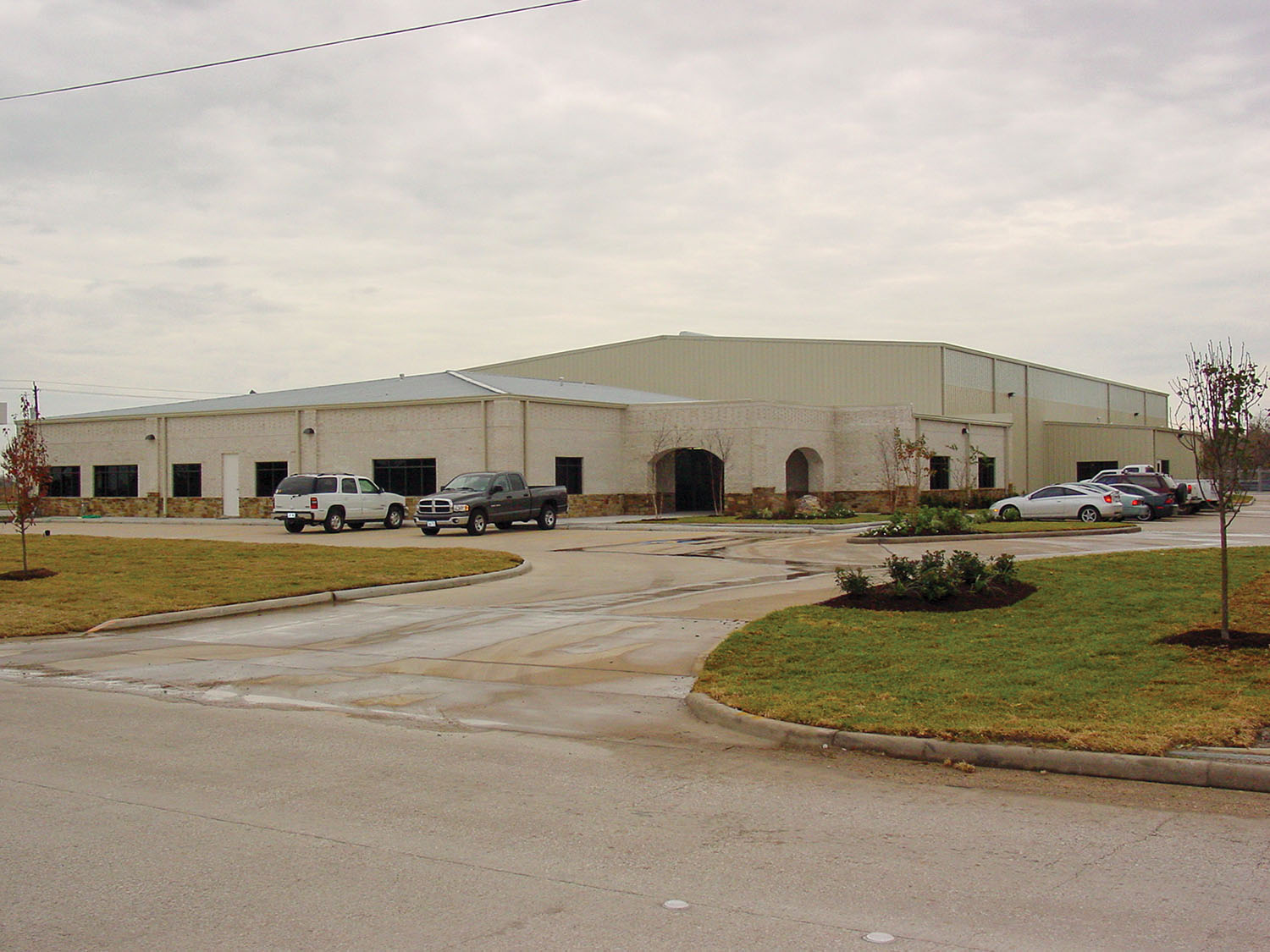 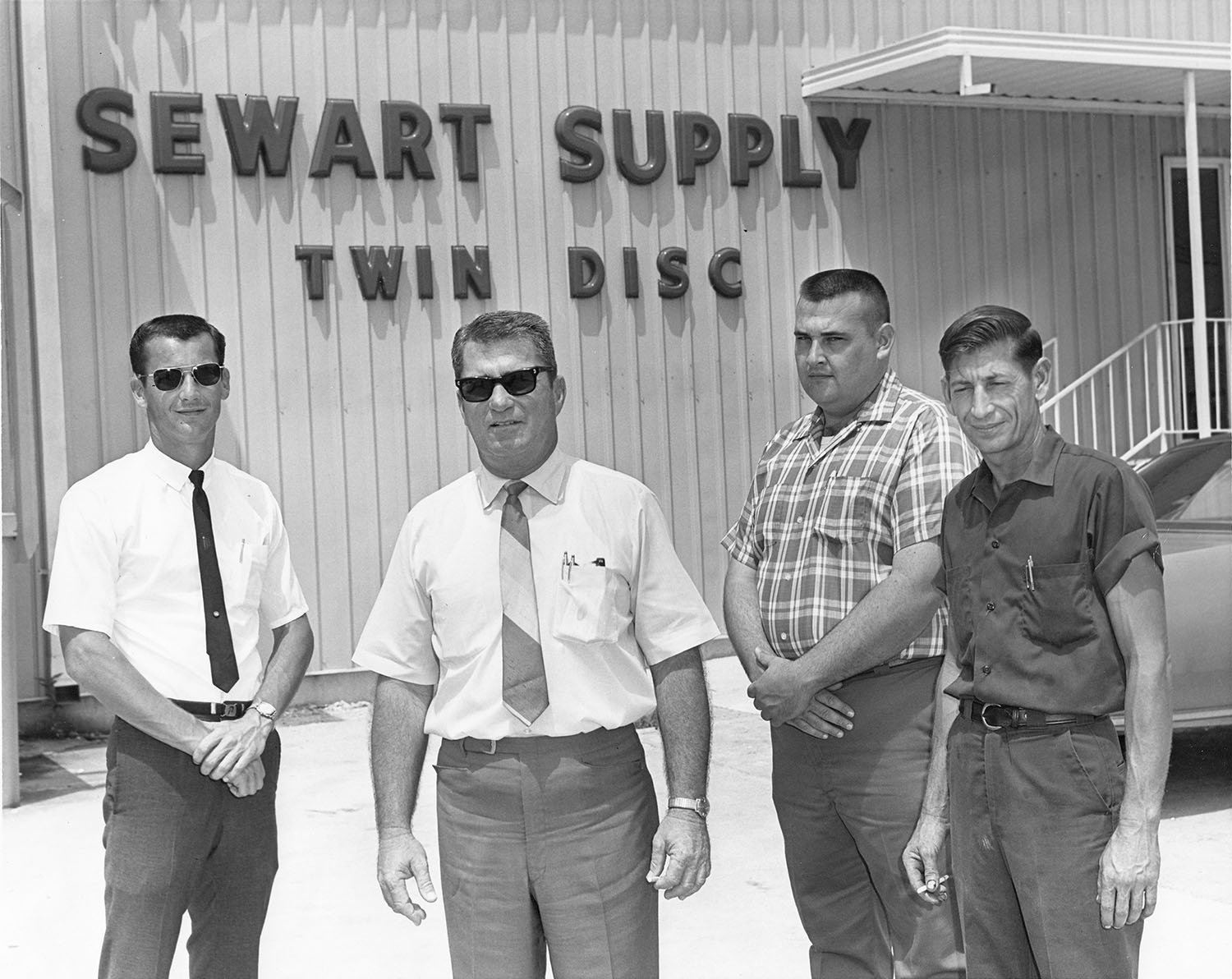