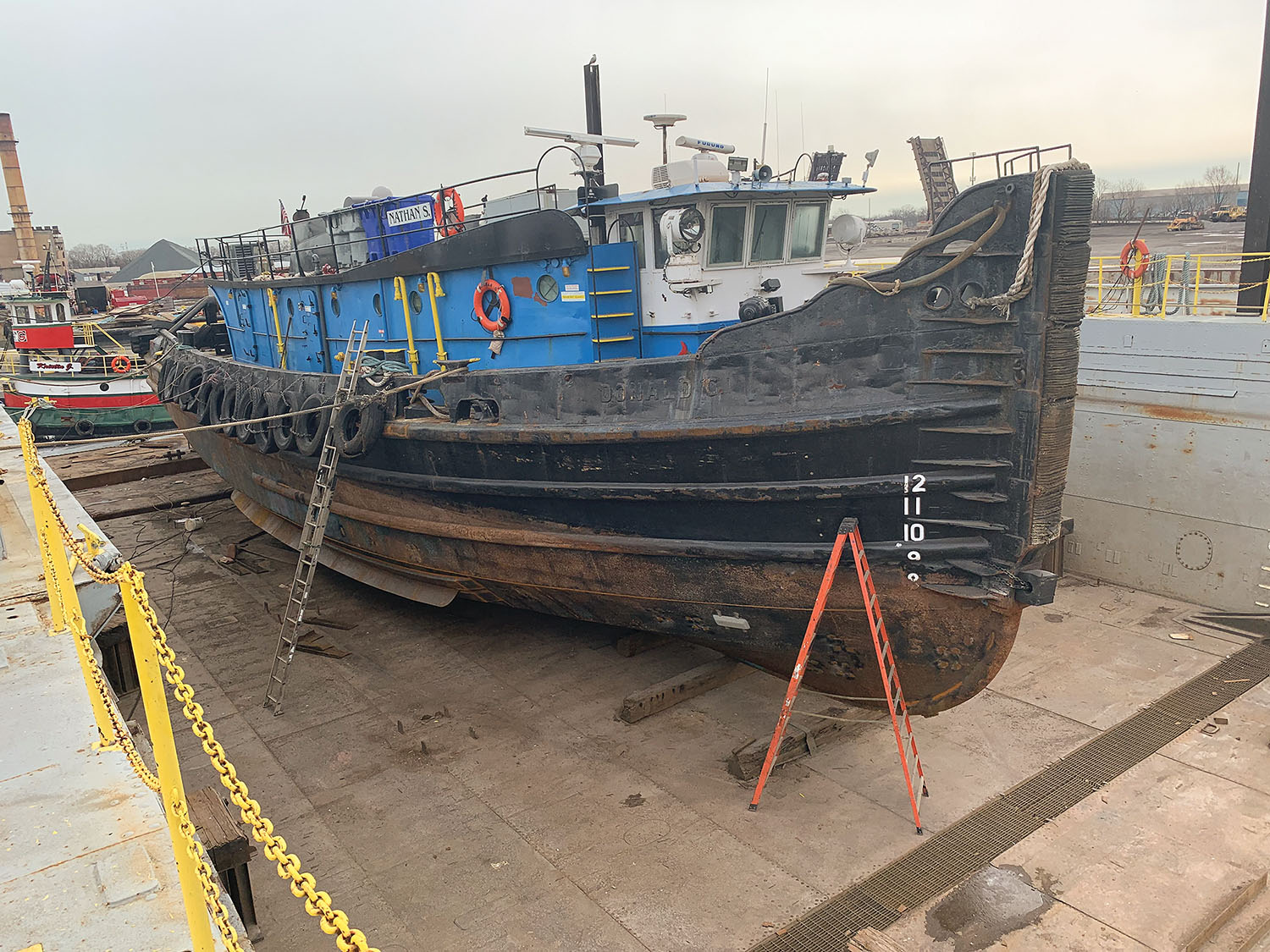 The Nathan S, a 2,500 hp. twin-screw tug that operates in Lake Michigan and on the Calumet River out of Chicago, Ill., was purchased in May 2017 from Kindra Lake Towing. It was originally named the Donald C.

Since December, the Nathan S has received new channel keel coolers for its two main engines and two generators after winter ice breaking on the Calumet River caused noticeable deterioration in 2017 and 2018. Ice thickness on the river can range from 4 to 24 inches.

Terry Hoeckendorff, vice president-operations with Calumet River Fleeting, said that TPG Chicago Dry Dock installed a new deck on the lower forward room and bulkhead from the forward room to the engineroom. Additionally, a new stern bumper, rub rails, port and starboard side bumpers were added to protect the hull. Fishtailing was performed on the rudder for more steering power, and a new 1,600-foot towing wire replaced the old one. 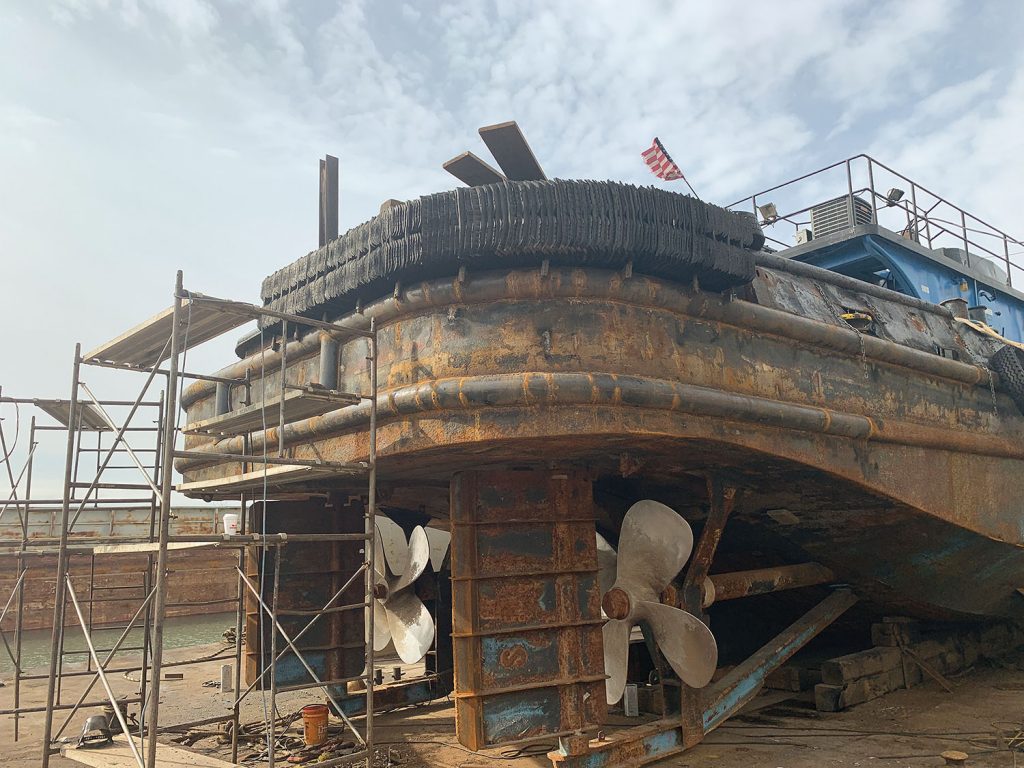 Michael Hogan, general manager of TPG Chicago Dry Dock, said the company will replace 10,000 pounds of internal steel on the vessel, which will also receive new anodes and a paint job.

Hoeckendorff said that once the Nathan S comes down from the drydock at TPG, Calumet River Fleeting plans to upgrade the main engines with new oil pots and engine controls. “The current engine controls are air controls, and due to the temperatures in Chicago during the winter months, the air lines like to freeze up,” he said.

The new engine controls will be fully electronic from the pilothouse to the engineroom, said Hoeckendorff. “We will never have a problem with losing the engine controls due to freezing temperatures again,” he added.

Calumet River Fleeting said it wanted to perform the upgrades to the vessel to reinvest in the company and to keep up with the Subchapter M regulations. “We are a company looking to be in business 30-plus years from now,” Hoeckendorff said.

Hogan said that drydock repairs on the Nathan S was the perfect winter project for the company. “Quick drydockings are difficult when the river is 100 percent frozen,” he said. “This project will finish up just as the ice melts, so that we can get to our backlog of other projects before spring shipping starts.”

Caption for photos: The Nathan S was purchased in May 2017 from Kindra Lake Towing. It was originally named the Donald C. The tug received new channel keel coolers for its two main engines and two generators after winter ice breaking on the Calumet River caused noticeable deterioration. Ice thickness on the river can range from 4 to 24 inches.