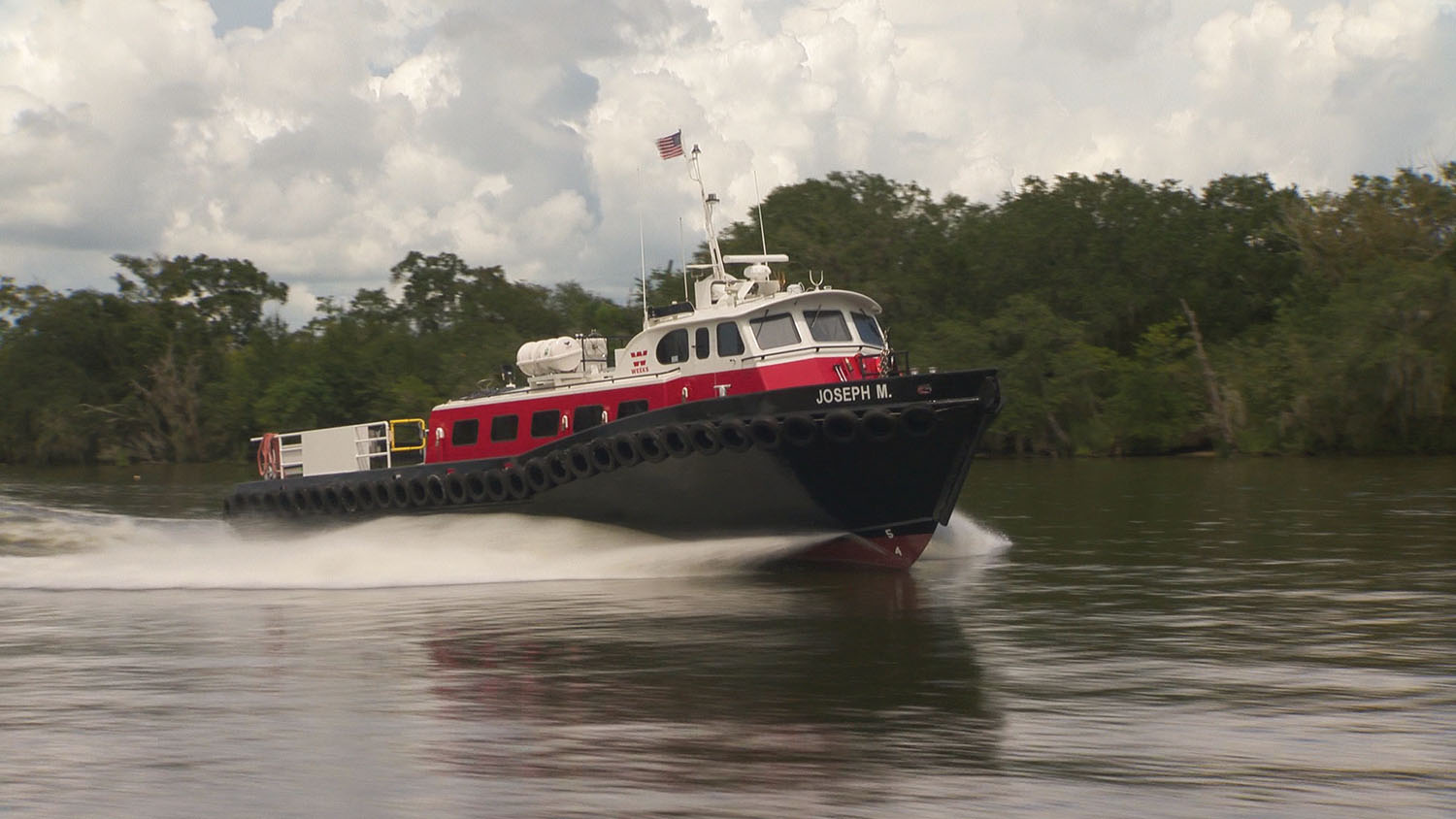 A New Marine Engine For The Centenary

With Weeks Marine reaching its 100th anniversary in 2019, it is fitting that the company would be running one of its crew boats with Cummins’ latest marine engine, the X15, as 2019 also represents the centenary for Cummins.

Weeks began as a stevedoring company in the Port of New York. Today their dredging and other operations span much of North and South America. Originally, the company’s floating assets included dredges and cranes, along with supporting tugs and crew boats.

Cummins launched the first marine diesel engine in 1919 in a shrimp boat, and in the past century has become a leading supplier of marine engines worldwide.

Recent years have seen a growing demand for an engine to fit in the niche between the Cummins 11-liter QSK11 engine and the ever-popular 19-liter QSK19. To meet this demand from the marine sector, Cummins launched the X15.

The first pair of the new Cummins X15 marine engines has been installed in a Weeks Marine 65- by 17-foot aluminum crew boat named Joseph M. The new 15-liter, six cylinder, in-line engines are rated at 575 hp. at 1,800 rpm. and replaced a pair of 450 hp. 12V71 diesels in the boat. The U.S. EPA Tier 3 and IMO Tier 2 certified engines turn 32-inch, five-blade propellers on 2.5-inch shafts, through Twin Disc MG514B gears with 2:1 reduction. Both of the new engines have front-mounted hydraulic steering pumps.

Originally built in 1982 by Breaux, the repower was completed by the Weeks crew at Dulac Shipyard. The repowered crew boat achieved 21 knots on sea trials and is anticipated to show a 20 percent fuel savings over the previous engines. Work for the 24-passenger boat includes transferring passengers and light equipment to dredges working in the Northeast of the U.S. out of the port of Barnegat, N.J.

Caption for photo: The new Cummins X15 marine engine is installed in the Joseph M. (Photo courtesy of Cummins Marine)