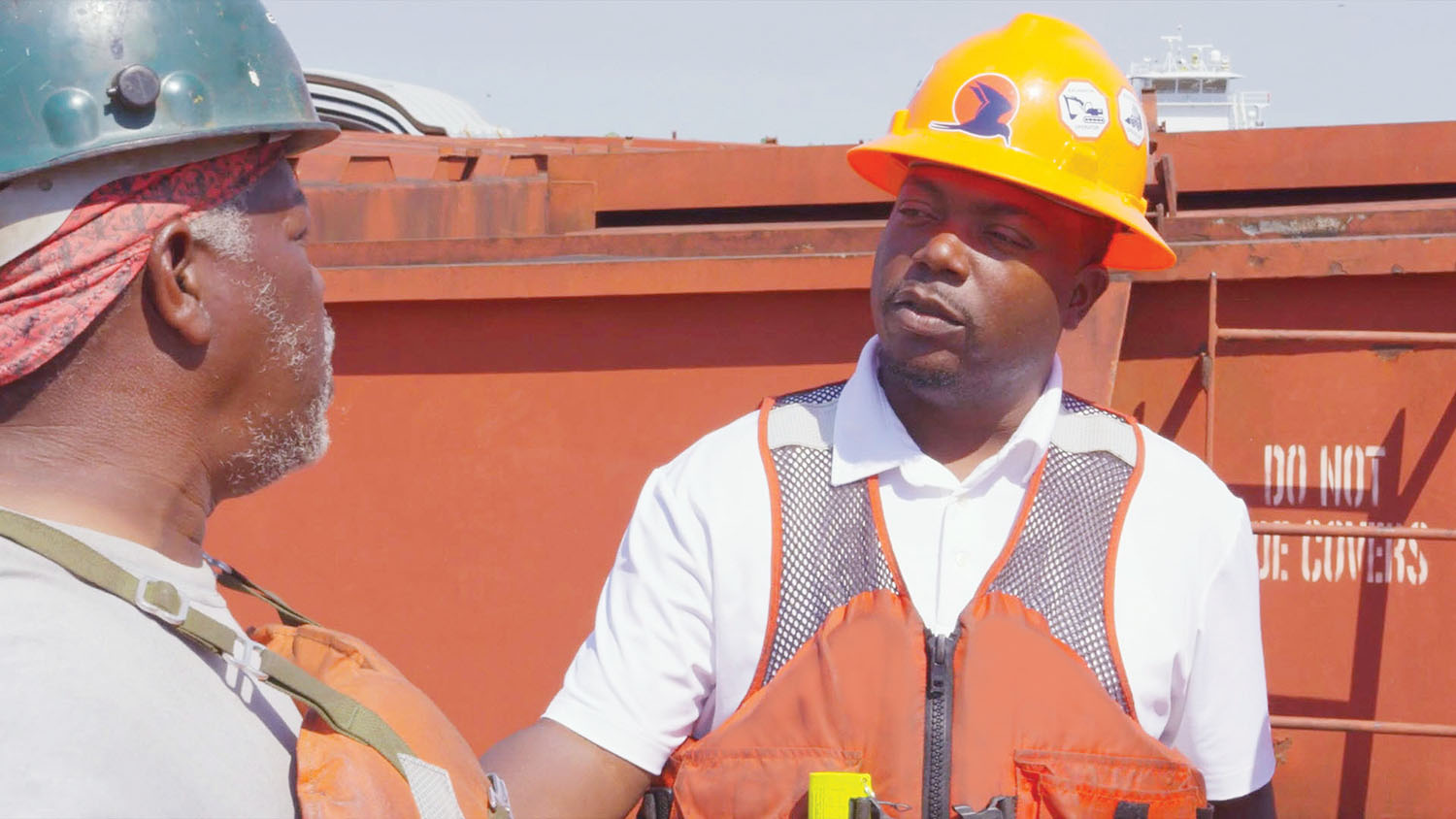 But a new program AEU has launched could prove to have the most tangible day-to-day impact on employers, while also improving the lives of everyday employees.

“Our customers are facing issues affecting their bottom line, including skilled labor shortages, low morale, high turnover and lack of training and development resources,” said Michael Lapeyrouse, president and CEO of AEU. “These issues correlate directly to the effectiveness of a company’s middle managers.”

AEU surveyed the industry and found that, while there exist strong occupational training and safety training programs, leadership development, particularly at the middle management level, was lacking.

“When we realized there was an unmet need in maritime to develop leaders at the front-line level, we launched AEU LEAD, a program that helps companies turn their supervisors, foremen and lead personnel into more effective leaders, which increases employee productivity, morale and retention,” Lapeyrouse said. “Our structured training and development programs help managers influence and motivate direct reports, gain support and buy-in for company initiatives, and coach employees on an individual basis.”

“We realized if they could develop better middle managers, that would take care of so many other issues for our members,” he said.

Joe White and Woody Collins spearhead the AEU LEAD program, traveling from coast to coast, north to south, and even to Hawaii to take companies through leadership development initiatives. For example, their Supervisor Development Series is conducted in three workshops often spread across nine to 12 months. The first workshop focuses on the importance of building rapport and credibility and setting expectations. LEAD program participants are tasked with identifying an area where they need to improve, and in the time between workshop one and two, they develop and individual action plan. Students are paired with a peer or sponsor who makes sure they fully develop their individual action plans.

In the second workshop, supervisors focus on how to motivate employees.

“No one wants to be managed,” Collins said. “They want to be led.”

The third workshop, then, brings the first two together and has participants role play common employee-supervisor scenarios.

“We actually have them play the role of supervisor and employee,” Collins said. “It really helps us understand how it all plays out.”

Collins said supervisors and others in middle management positions are often promoted based on excellence in their prior roles. But being a talented welder, pipe fitter, tankerman, dispatcher or other maritime industry employee doesn’t necessarily mean automatic leadership skills. And those middle management roles are key to the health of companies.

“That’s where we think the rubber meets the road,” Collins said. “Because they’re the liaison between executive management and employees and oftentimes between the company and customers.”

Collins, who has been with AEU for eight years and who worked in shipbuilding before that, said he experienced the same growing pains when he moved from being a fiberglass grinder, welder and pipe fitter into management and safety. With AEU LEAD, Collins uses the challenges he faced as a new manager to help others avoid the same pitfalls.

“I’m able to deliver this program because of the mistakes I made as a supervisor,” he said.

So far in the three years of AEU LEAD, about 20 companies have participated in the leadership program, with 10 companies currently taking part. All LEAD services are tailored to fit each individual company’s needs.

Jim Fletcher, CEO of Team Services, said the LEAD program was effective not only for new supervisors but existing ones as well.

“When you make that transition out of the group, it’s always difficult,” Fletcher said. “But even those who weren’t new, they benefitted from the program. It brought everybody down to the basics, the blocking and tackling of leadership.

“The most important thing is to have credibility,” he continued. “You can’t lead without building respect and credibility.”

Fletcher said the role-playing during the third workshop was particularly helpful, because it allowed team members to both practice scenarios and learn from how others responded to situations.

“Everybody got a chance to participate in it and see others who perhaps were thinking of it in a different way,” Fletcher said. “Everybody got to see skills that other people had that they didn’t have that they could pick up on.”

The LEAD program has been so successful that AEU is broadening its reach beyond ALMA members.

“Starting this year, we’re expanding beyond the maritime industry,” Lapeyrouse said. “Employers in other industries face similar challenges with their front-line managers, so we know we can help them as well.”

Caption for top photo: Turn Services Associate Vice President of Fleet Operations Albert Bentley meets with a team member at one of the company’s fleet locations.