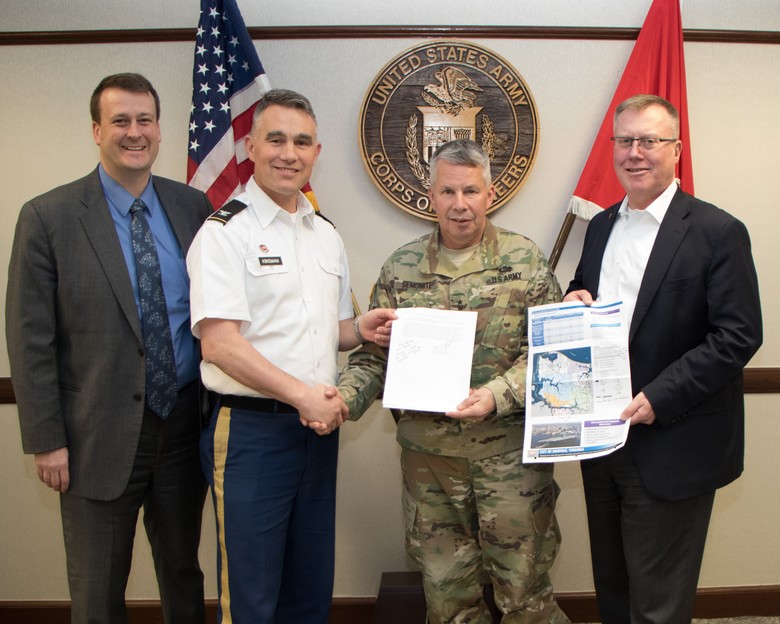 The Chief’s Report will undergo further review by the Office of the Assistant Secretary of the Army for Civil Works and Office of Management and Budget before formal submittal to Congress. Congress may choose to authorize the project for construction, commonly accomplished through a Water Resource Development Act. After an authorization, the project cannot be built until it’s budgeted.

The Chief’s Report signing marks the end of the feasibility (or study) phase, and begins the next phase — preconstruction, engineer and design. This phase includes project design and typically lasts up to three years.

Economists forecast the project’s estimated annual net benefits at $122 million. This includes a reduction in economic damages from coastal storms to businesses, residents and infrastructure; lower health and safety risks, and the local economy’s improved resilience to impacts.

The Norfolk CSRM study was the first completed feasibility study in response to a larger North Atlantic Coast Comprehensive Study, which USACE completed following Hurricane Sandy in 2012. The study was authorized by a Senate Committee on Environment and Public Works resolution.