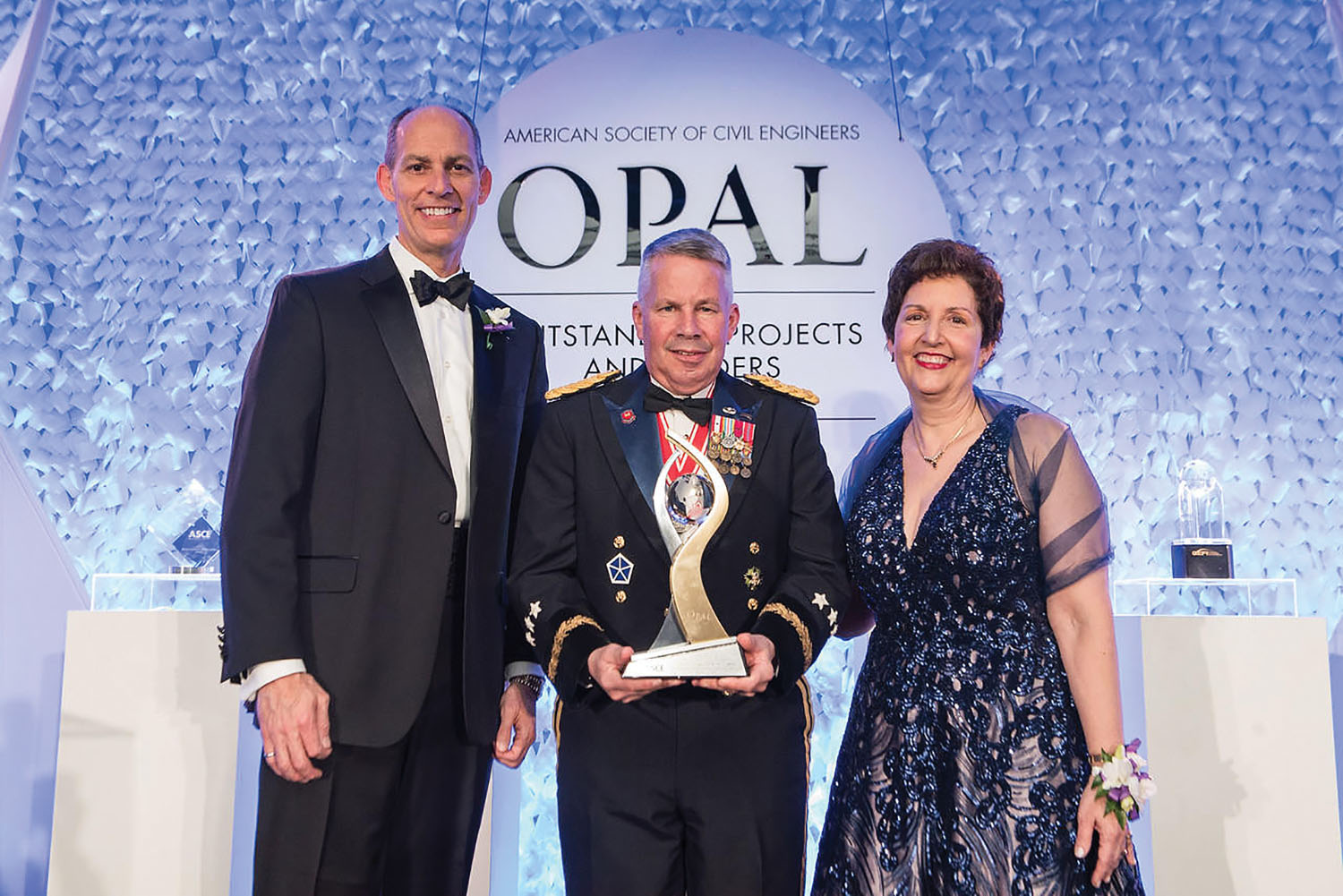 Lt. Gen. Todd Semonite, commanding general and 54th U.S. Army Chief of Engineers, was recently honored by the American Society of Civil Engineers (ASCE) as one of five Outstanding Projects and Leaders (OPAL) Award winners for 2019.

Semonite was honored in the Construction category. This award recognizes Semonite’s contributions to the civil engineering industry and throughout his career in the U.S. Army Corps of Engineers.

Semonite assumed his current position on May 19, 2016. As the Corps’ commanding general, he is responsible for more than 32,000 civilian employees and 700 military personnel who provide project management, construction support, and science and engineering expertise in more than 110 countries.

Prior to this assignment, Semonite established the Army Talent Management Task Force and served as its first director. He was also the commanding general for Combined Security Transition Command-Afghanistan, responsible for the building of the Afghan Army and Police through management of a $13 billion budget to support a 352,000-person force.

Previous to that command, Semonite served as the deputy chief of engineers and the deputy commanding general of the U.S. Army Corps of Engineers. He served as Commanding General, South Atlantic Division, which provides engineering and construction services from Alabama to North Carolina, the Caribbean and Central and South America.

A native of Bellows Falls, Vt., Semonite is a registered professional engineer in Vermont and Virginia. He graduated from the U.S. Military Academy with a Bachelor of Science in civil engineering and was commissioned into the U.S. Army Corps of Engineers in 1979.

He holds a Master of Science in civil engineering from the University of Vermont and a Masters of Military Arts and Sciences from the U.S. Army Command and General Staff College. He is a graduate of the Engineer Officer Basic and Advanced Courses, the Combined Arms Services Staff School, and the Army War College.