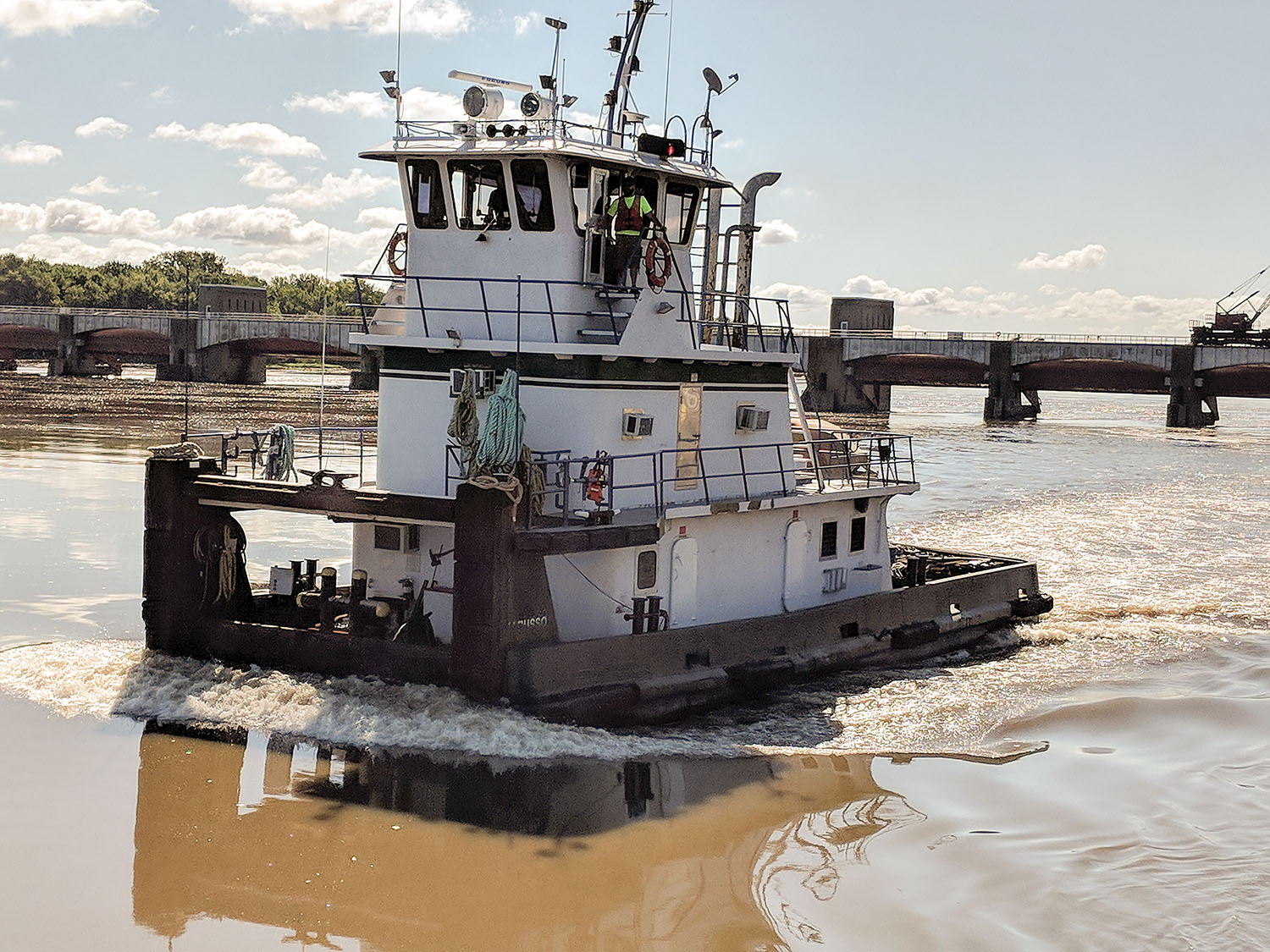 “It takes a lot of stress off me and lets me concentrate on keeping commerce moving on the river from a tugboat, rather than strapped behind a desk,” he said. He added that his wife, Julie, will run the grocery side of the business, while Jean Augustin will manage the tug service side.

A personnel change at the company was the promotion of Capt. Jordan Steines, with nine years of service, to pilot and lead mechanic, and the promotion of Julien Perez, to help with electrical maintenance. They replace Shawn and Shayn Williams respectively, twin brothers who started with the company as box boys in the grocery store at age 15, said Putnam. “Julie and I will miss both the Williams boys. We wish them the best and know they will do well at their new career choices,” he said.

On March 28, Riverview Tug Service received its first COI on the mv. Clifford H. Galley, Putnam added. “Our office staff did a great job writing the safety and health manual,” he said.

Caption for photo: The mv. Clifford Galley, when it was named I.J. Russo.