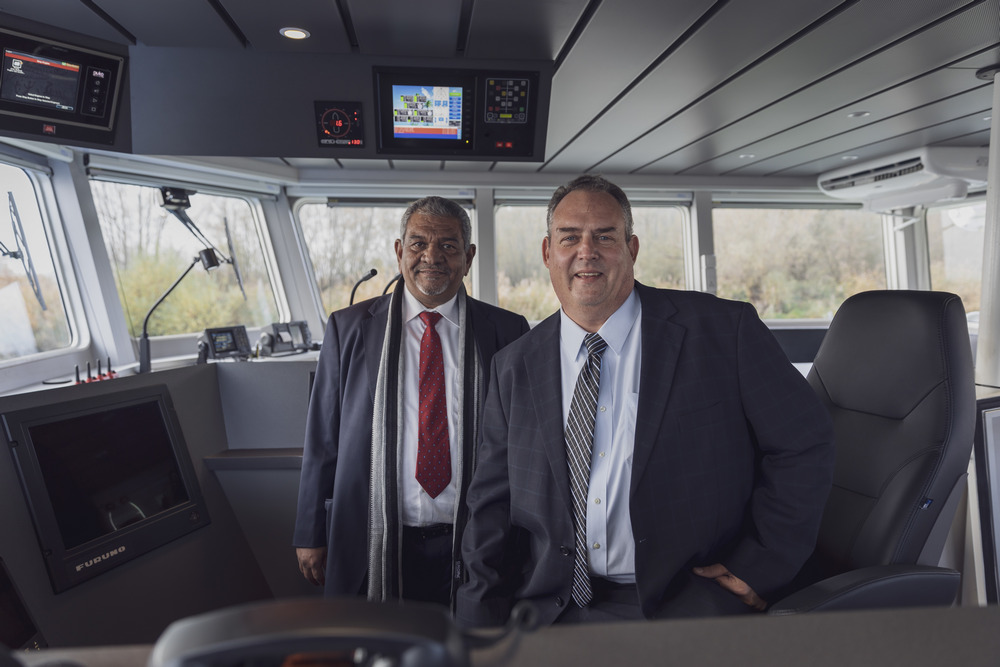 The contract for Van Oord includes the design and delivery of the complete dredge installation for two new LNG-powered trailing suction hopper dredges from Van Oord. The two 10,500 cubic meter hopper dredges are being built in Singapore.

The order includes two suction pipe installations with integrated submerged dredge pump unit, four additional shore discharge dredge pumps and six jet pumps in total. IHC said the pumps are equipped with the latest Curve® technology. The Curve® impeller, with its innovative shape and blade curvature, ensures that the pumps perform with excellent suction properties over the prolonged lifetime of the product.

In March, Royal IHC also signed a contract with National Marine Dredging Company (NMDC, based in Abu Dhabi, U.A.E.) to build another trailing suction hopper dredge. The new vessel builds the success of the 6,000 cubic meter trailing suction hopper dredge Arzana, which was delivered by IHC in 2018. In addition, IHC will deliver the first hopper dredge simulator to the Middle East, further allowing NMDC to develop and strengthen its in-house dredging capabilities and competencies. The new dredge will have an enlarged hopper capacity of 8,000 cubic meters and a larger dredging depth of 45 meters.

“The overall aim of our client’s project is to improve the efficiency of old wells,” Clark said. “We will be dredging a 5-kilometer trench and installing a new trunk line to tie in wells that have been recently upgraded. After that we have a pipe pull, followed by backfill operations.”

A notable aspect of the project is the diversity of conditions that will be encountered. Water depth, for example, ranges from 0 meters at the shore to 7 meters (23 feet) at its deepest point. Furthermore, geotechnical conditions are highly variable.

Damen said any challenges posed by the working environment will be met by the flexibility of the Stan Pontoon 4512, facilitated by a 170-tonne Heila and a 100-tonne Liebherr crane. “We worked closely with Damen’s engineers in the Netherlands and at Albwardy Damen [the construction shipyard] to customise the Pontoon specifically for this job,” Clark said. “For trenching, we can work as a backhoe dredger, or use the DOP in various configurations. And then for backfilling operations we have a mass flow excavator.”

Based in Saudi Arabia, MSMC provides marine construction and maintenance, dredging, diving and subsea services.
For Damen, this marks the successful conclusion of a coordinated construction and delivery contract involving three shipyards in the Netherlands, China and the United Arab Emirates.