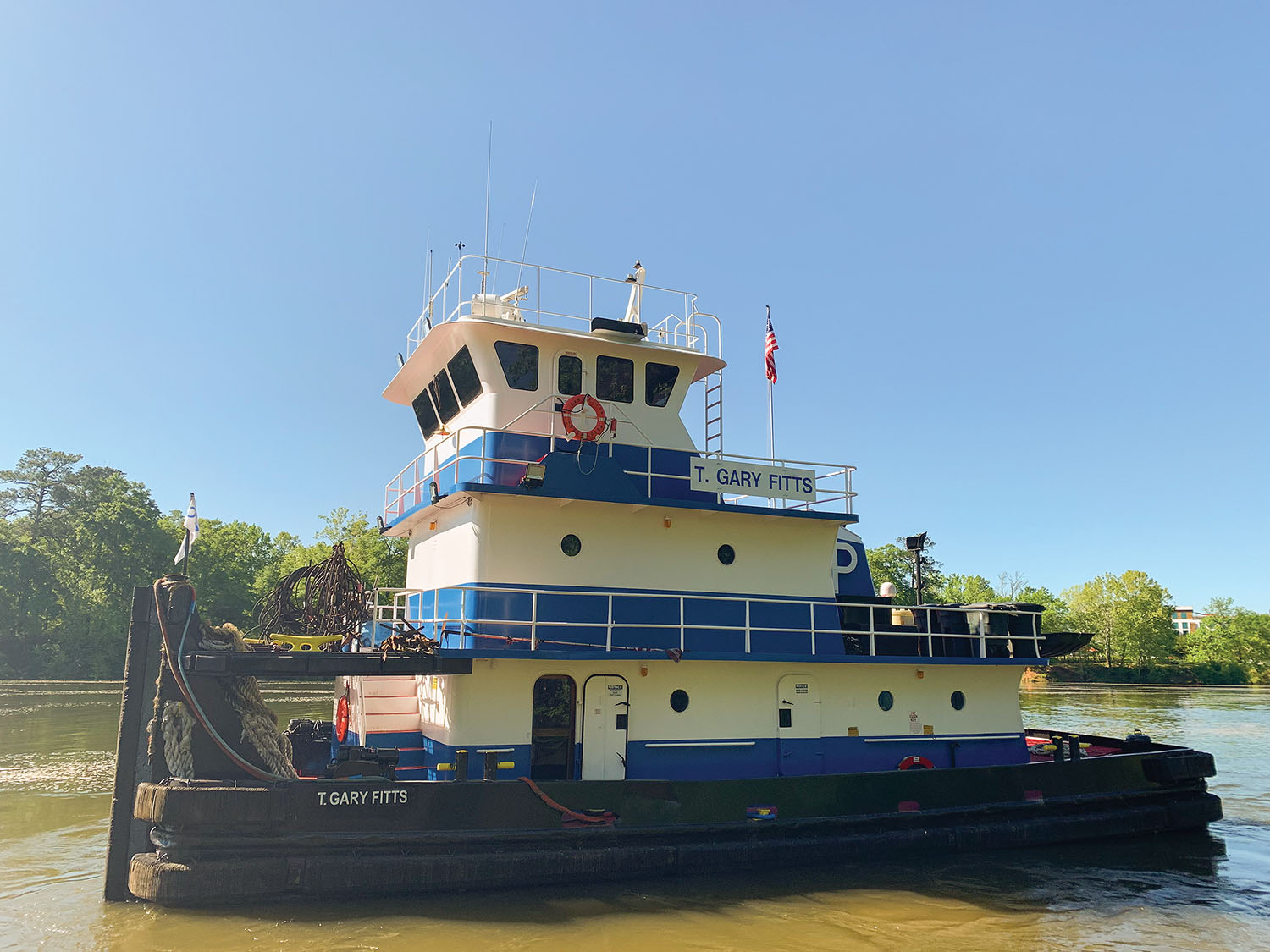 DH&D Ironworks Inc., of Larose, La., built the vessel in 1981. The boat, first named the Daphne Renee, was originally owned by D&R Boats and operated by I.W.C. Inc. Marigold Tugs of Birmingham, Ala., bought and renamed the vessel in 2006. Nelson Marine Services Inc. of Mobile, Ala., operated the vessel until 2011, when Parker Towing purchased that company and the associated vessels, including the L.W. Nelson.

Parker Towing repowered the vessel in 2018, outfitting it with a pair of Mitsubishi S6A main engines that produce 966 hp. total. Laborde Products supplied the main engines, which are paired to Twin Disc reduction gears and drive two 56- by 43-inch four-blade stainless steel propellers.

“When my father started this business in 1940, from day one, he was buying insurance from Gary’s daddy,” Tim Parker Jr. said. “From that day forward—almost 80 years—the Fitts Agency and the Fitts family have been rock solid with us.

“They don’t always tell you what you want to hear,” Tim Parker Jr. continued, “but they’ve always given us fair, honest, competitive insurance coverage. And never—they’ve reminded me of this—never have we had an insurance claim that we didn’t have coverage for.”

And true to the ties between Parker Towing and Fitts Agency families, the mv. T. Gary Fitts christening was a family affair. Alison Phillips, daughter of Parker Towing vice chairman and CEO Charles Haun and sister of executive vice president Chas Haun, presented Capt. Ed Mullen, captain aboard the T. Gary Fitts, with the ship’s Bible. Likewise, Tim Parker III, son of Tim Parker Jr. and president of the company, presented Fitts with a ship’s clock, which was a tribute to a longstanding tradition that exists between the Fitts Agency and Parker Towing.

“For years at christenings before this, the Fitts family and the Fitts Agency have been the ones to give a ship’s clock to the namesake,” Tim Parker III said. “So we’re proud and honored to give this clock to you.”

Fitts admitted that giving the clocks to the captain of a new vessel was always difficult.

“I always hated to give up the clock, because I loved them,” Fitts said. “The Fitts Agency gave a clock to the captain of all the boats christened for a long time, so this was kind of payback.”

The T. Gary Fitts crew also presented Fitts, a veteran of the Marine Corps and former fighter pilot who achieved the rank of lieutenant colonel, with the ship’s American flag. Fitts is also a graduate of Vanderbilt University and a member and former chairman of the USS Alabama Battleship Commission, which oversees management of Battleship Memorial Park in Mobile, Ala.

Speaking after the christening, Fitts said the honor of having a boat named after him was quite a surprise.

Fitts said, though he’s technically retired, he still goes in to the office almost every day.

“They don’t ask me much about insurance anymore,” Fitts joked, “and I’m glad.”

Like Parker Towing, the Fitts Agency carries quite a family tradition as well. Fitts’ sons, Forrest and David, are partners at the Fitts Agency, with the former now serving as bonds president. Fitts’ father bought the agency in 1923, with the agency actually dating back to 1875.

The mv. T. Gary Fitts will operate primarily on the Gulf Intracoastal Waterway between New Orleans, La., and Panama City, Fla., as part of Parker Towing’s Mobile division. That will be a fitting area of operations for the T. Gary Fitts, because it will occasionally pass by the USS Alabama and Ono Island, Ala., where the Fitts family maintains a residence.

For more photos, click on the slideshow below (photos by Frank McCormack): 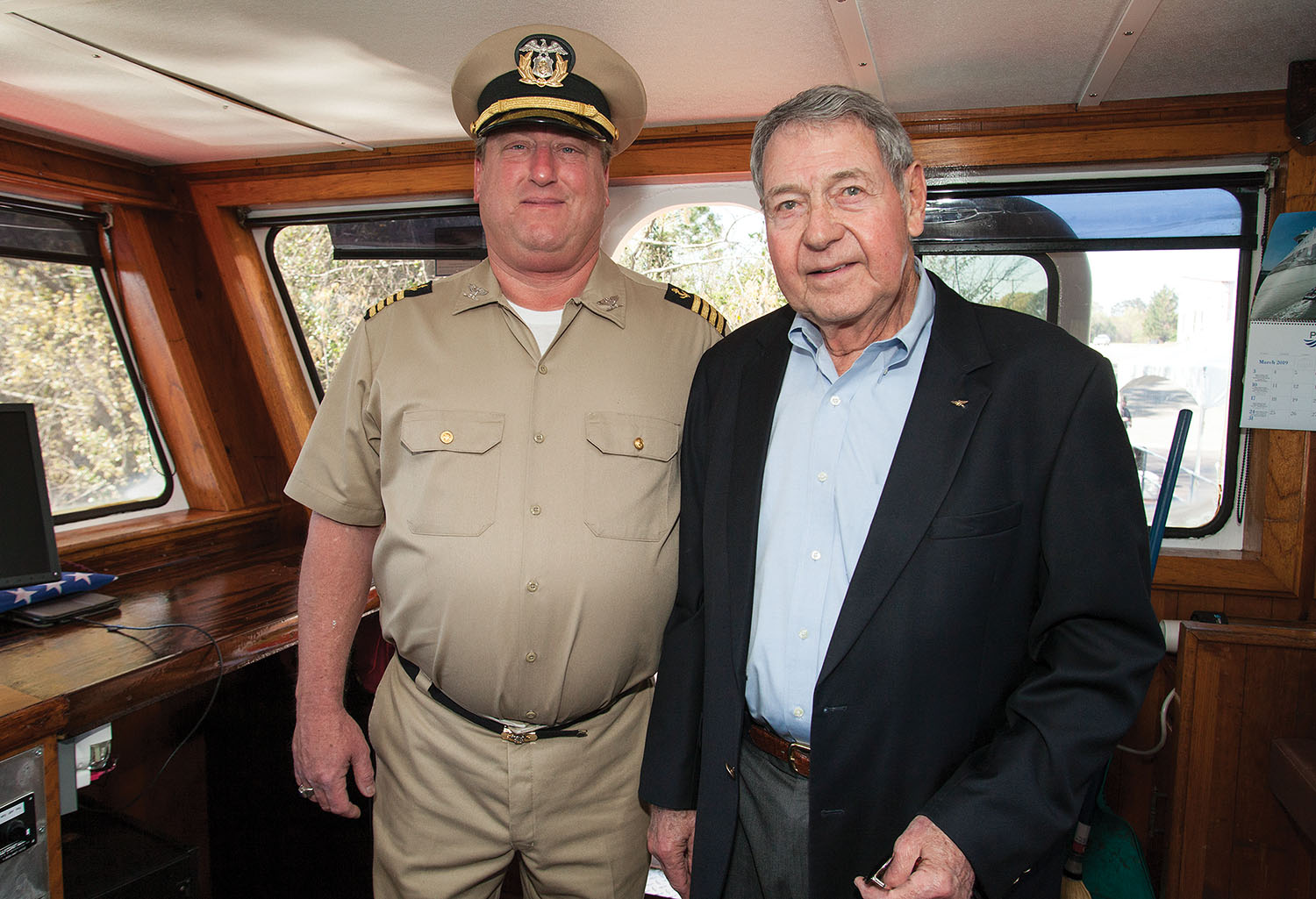 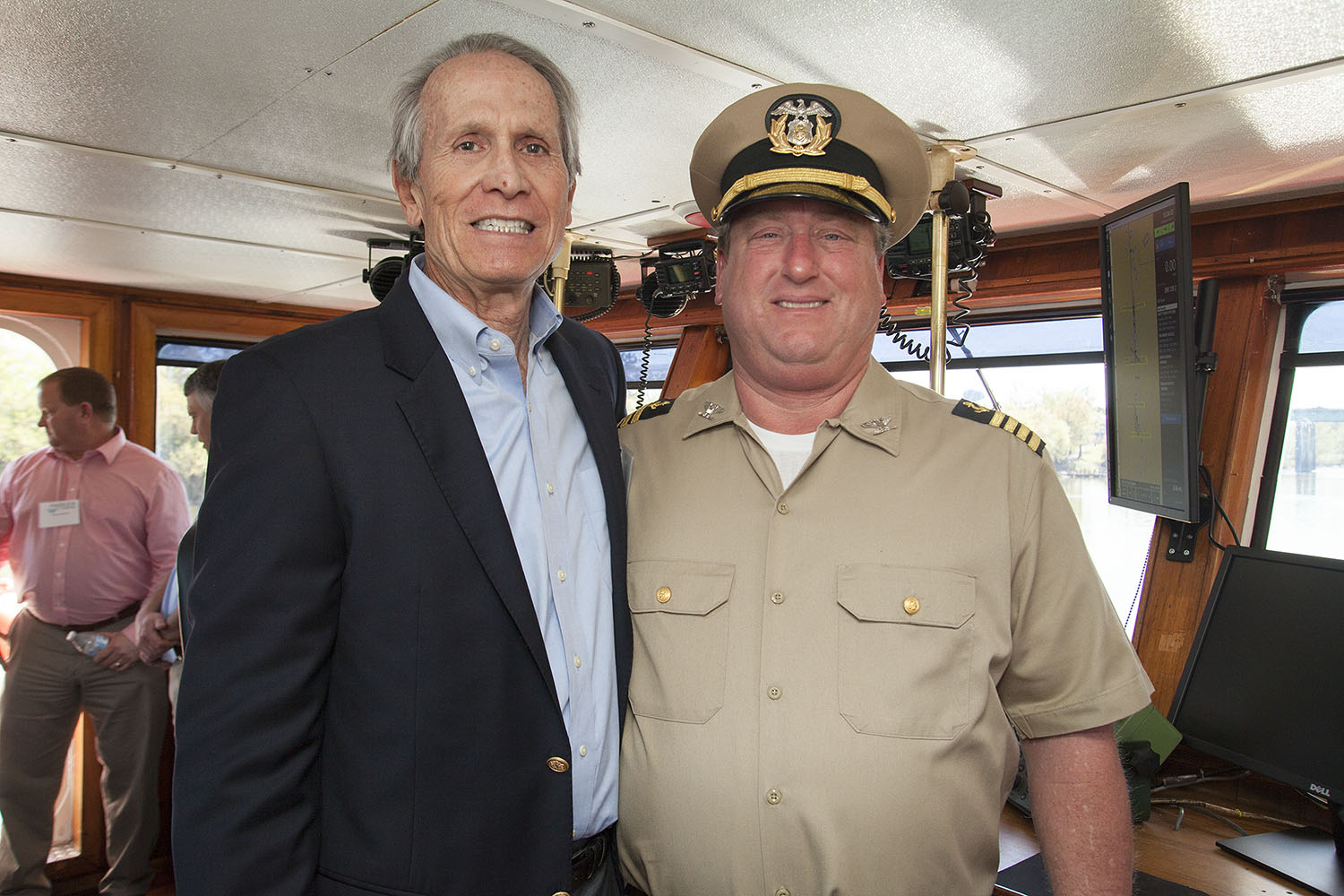 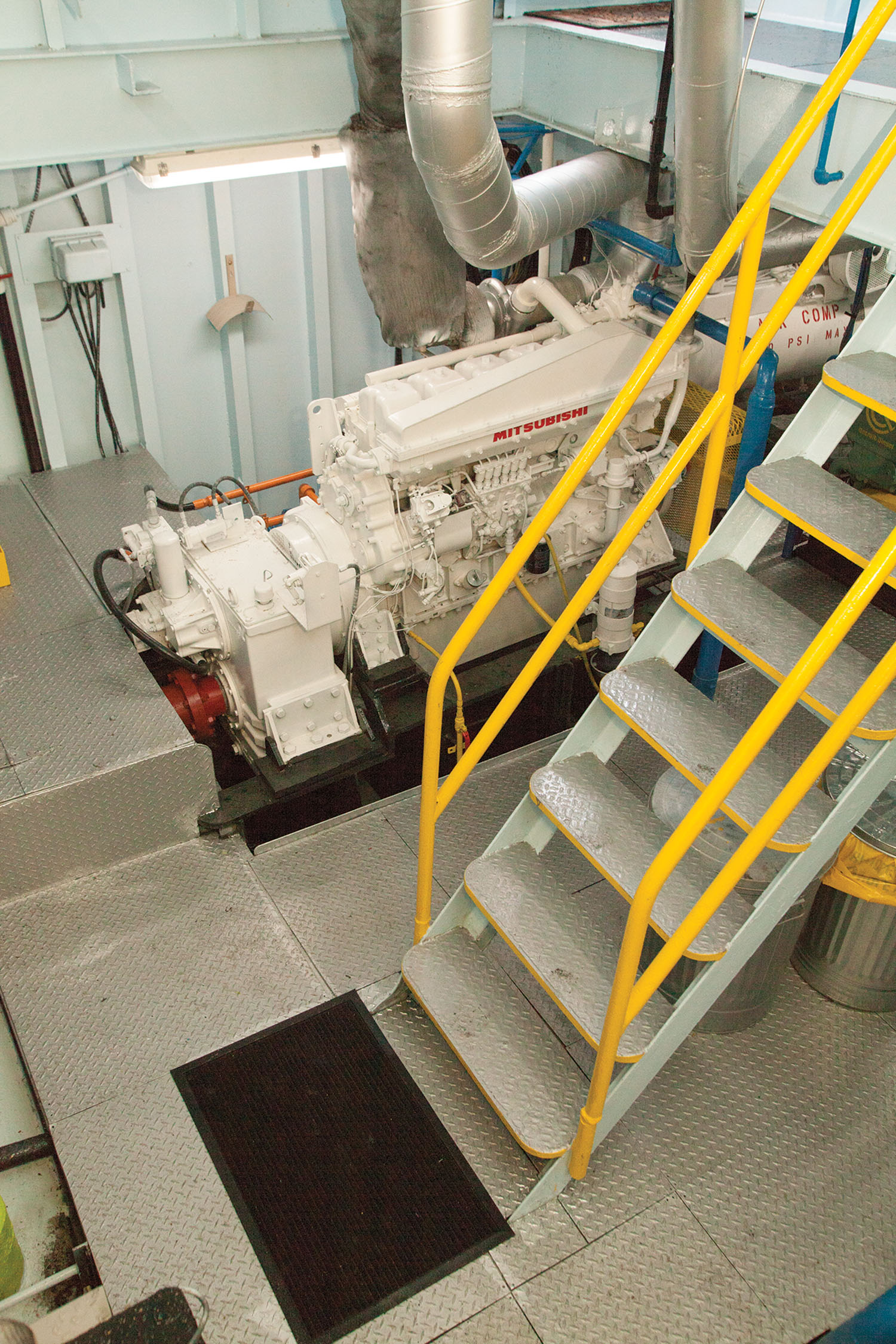 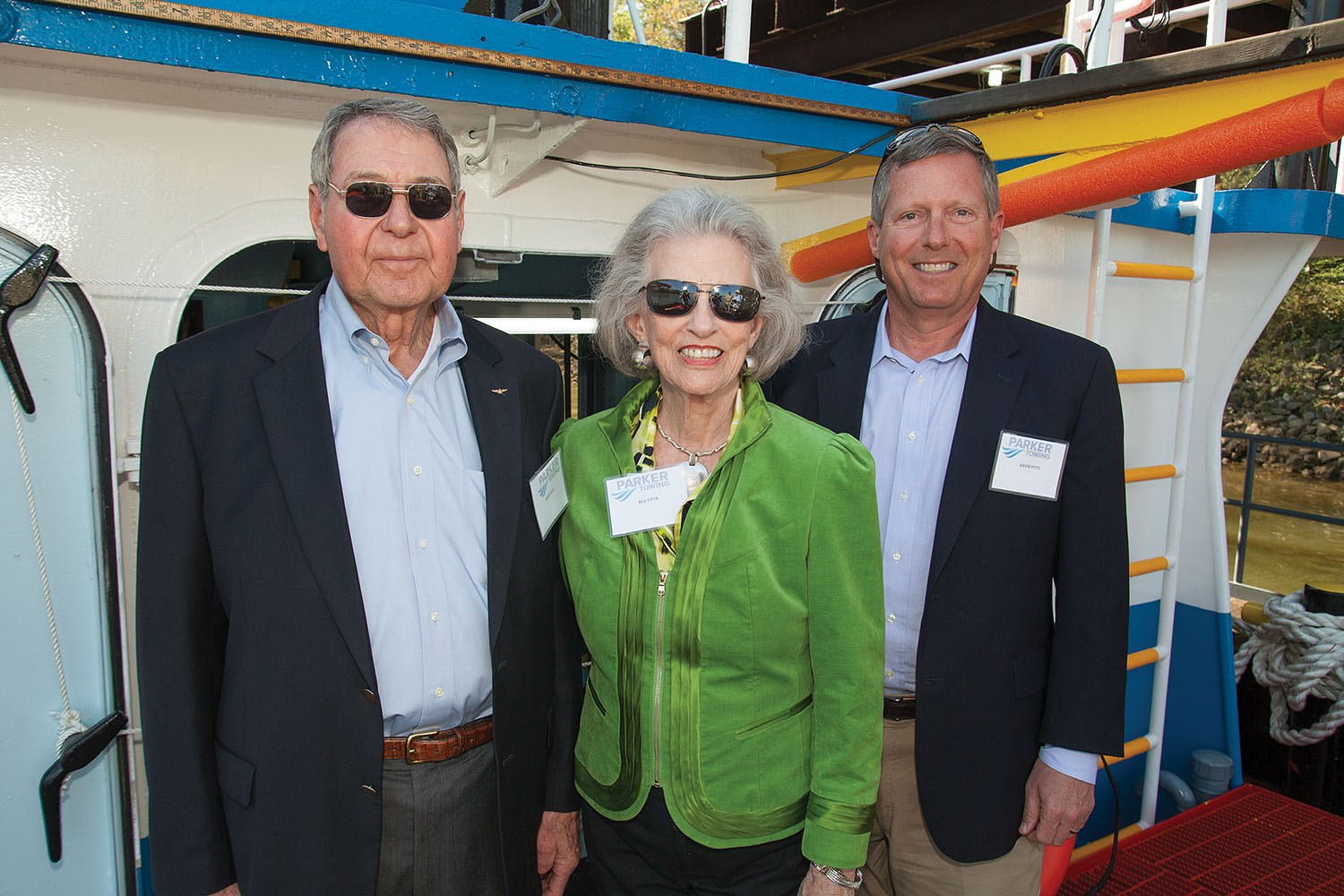 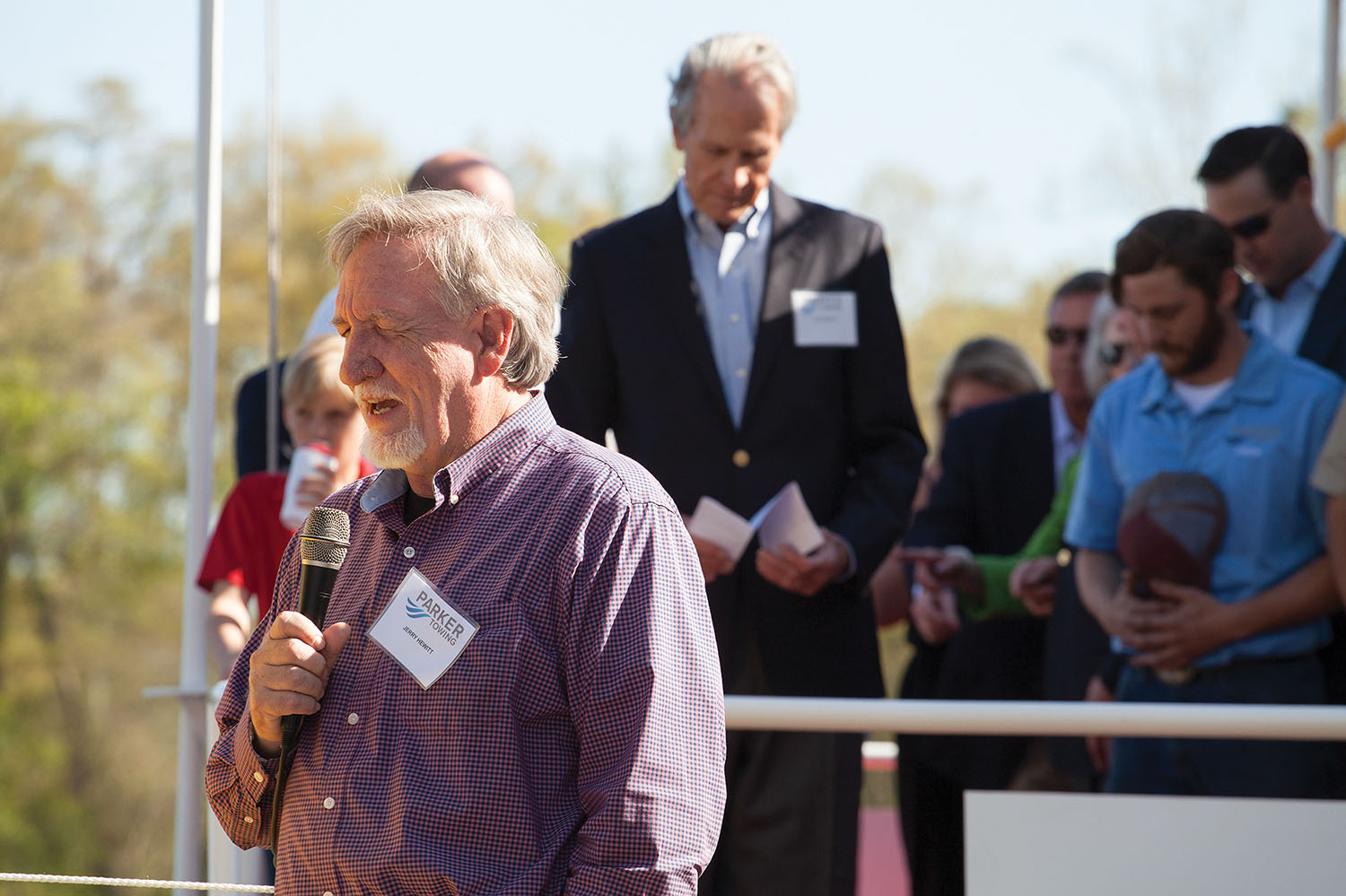 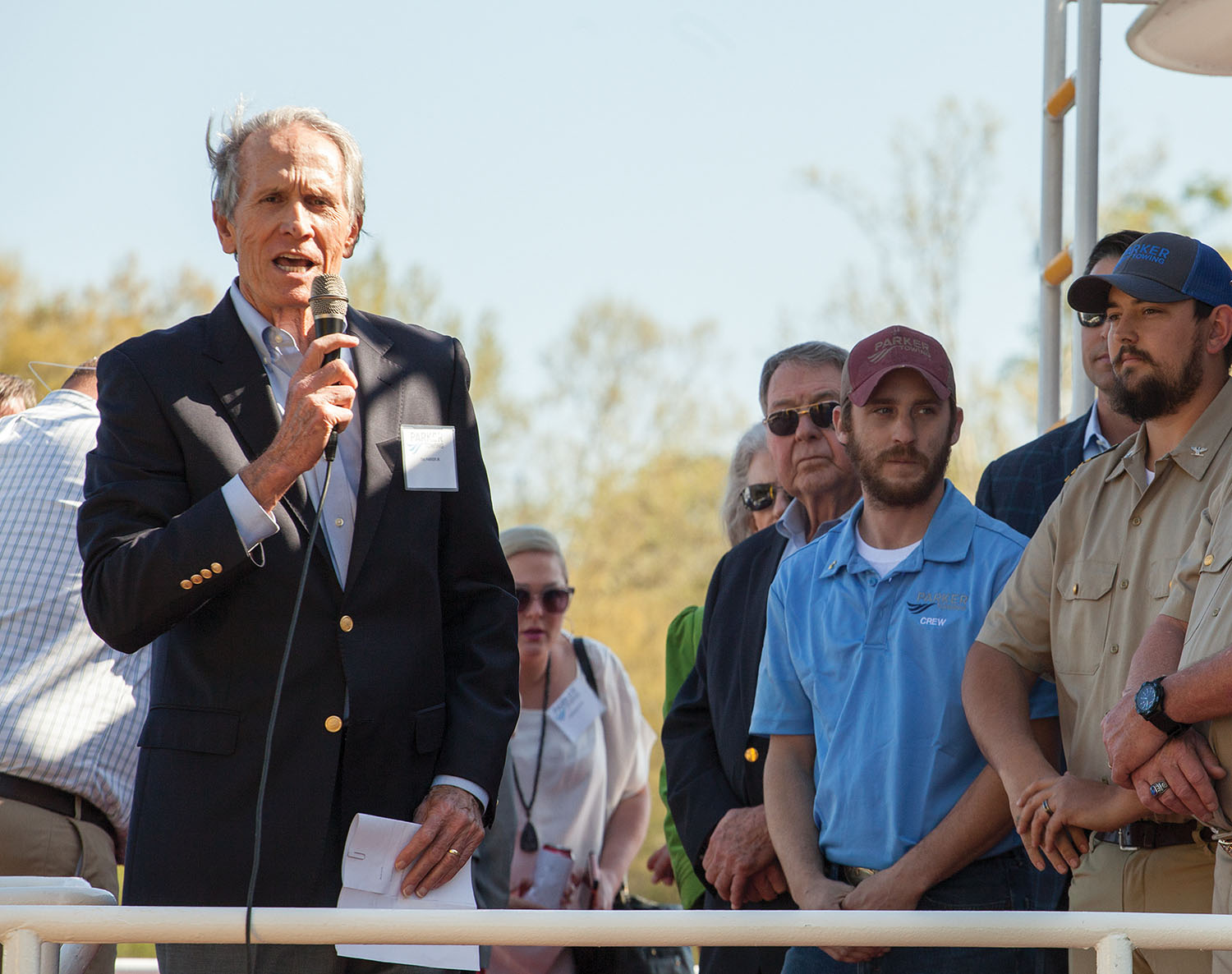 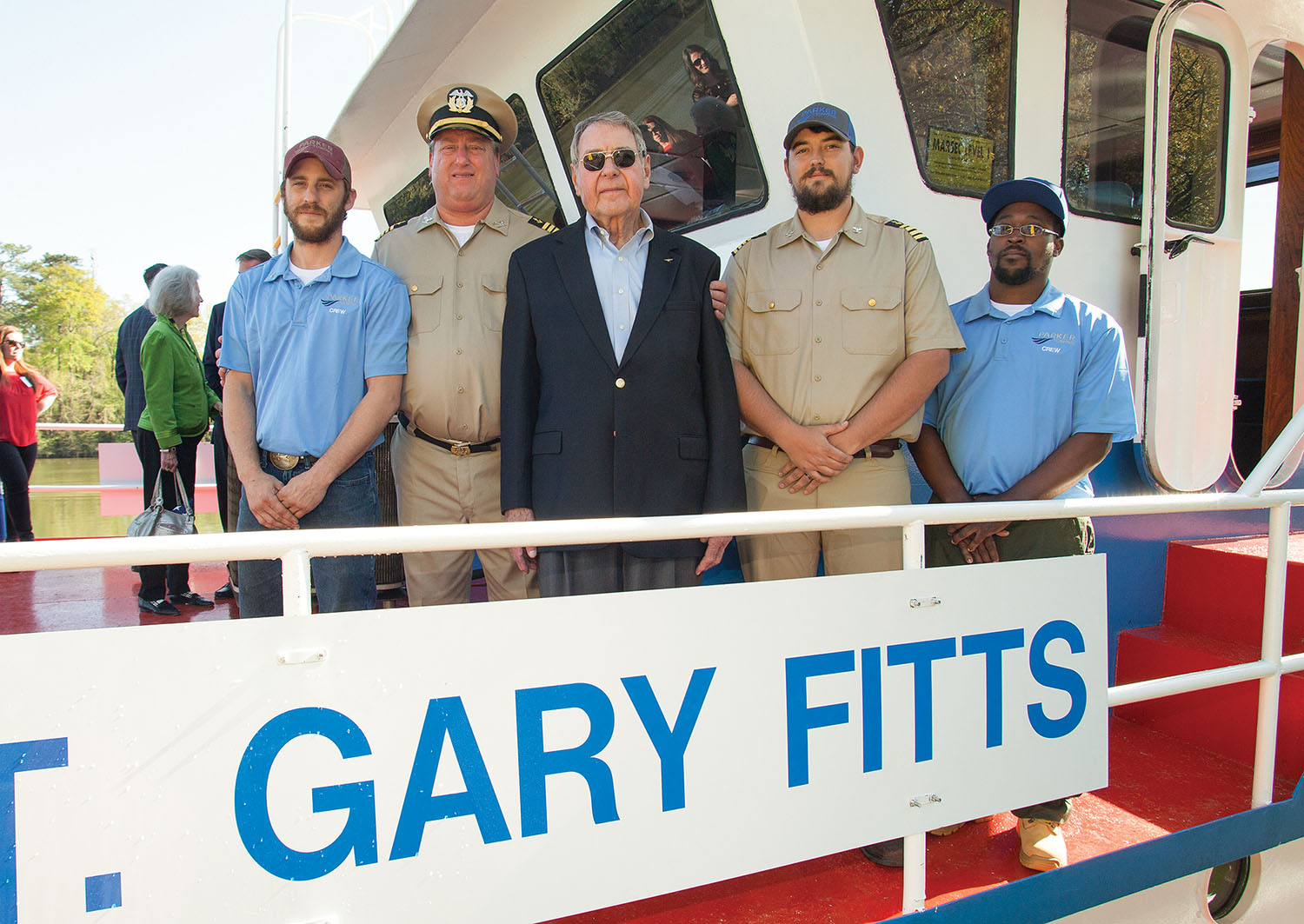 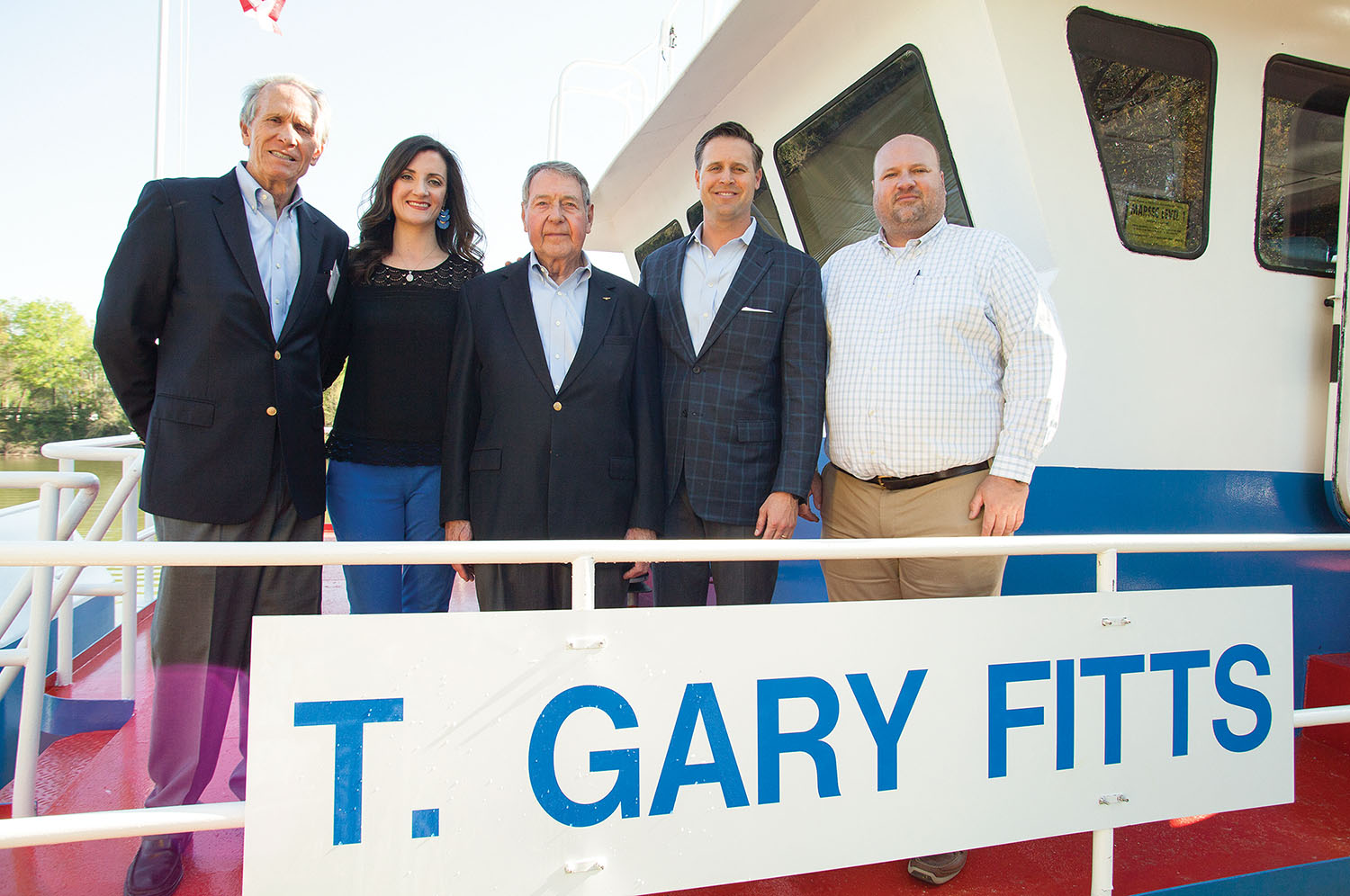 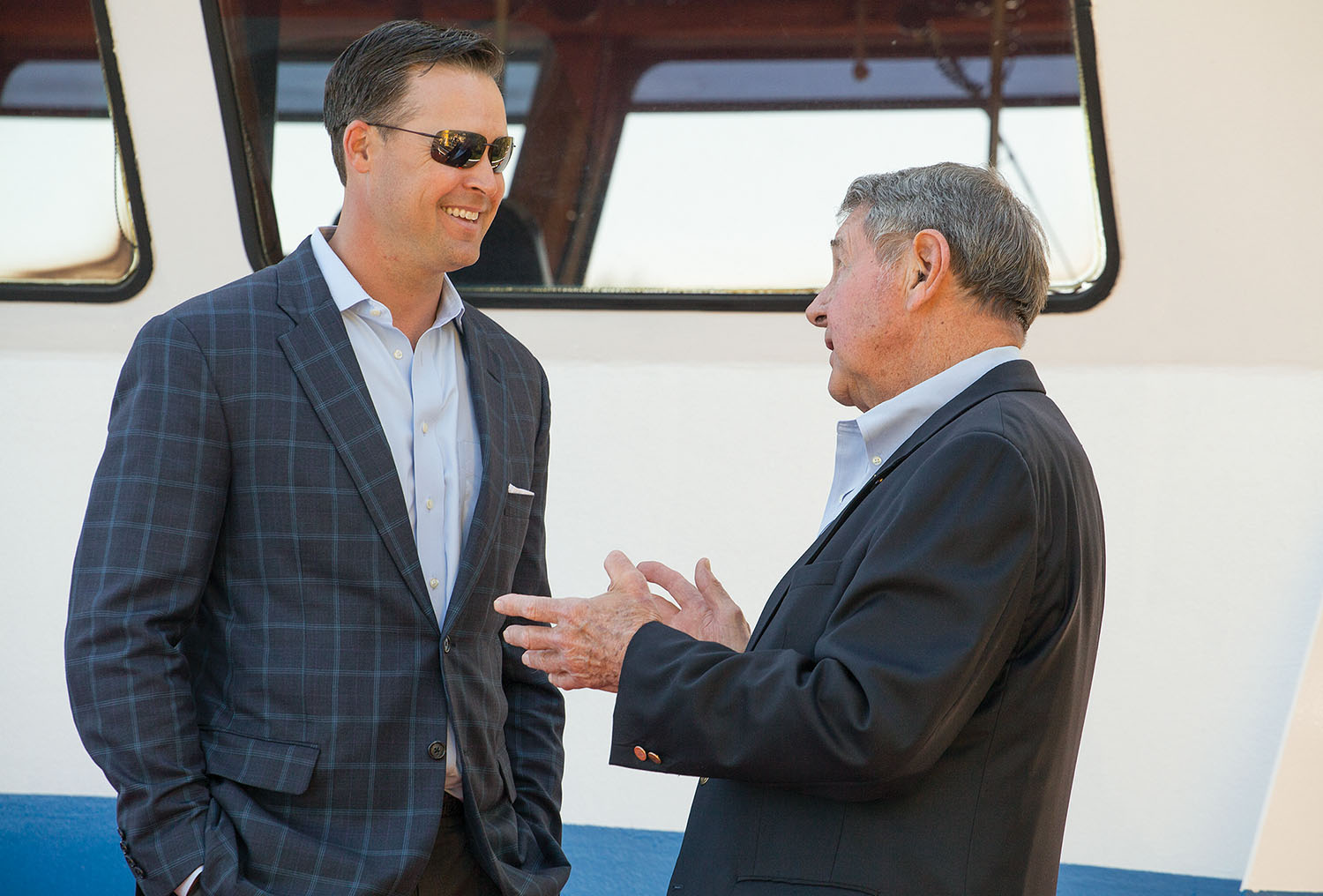 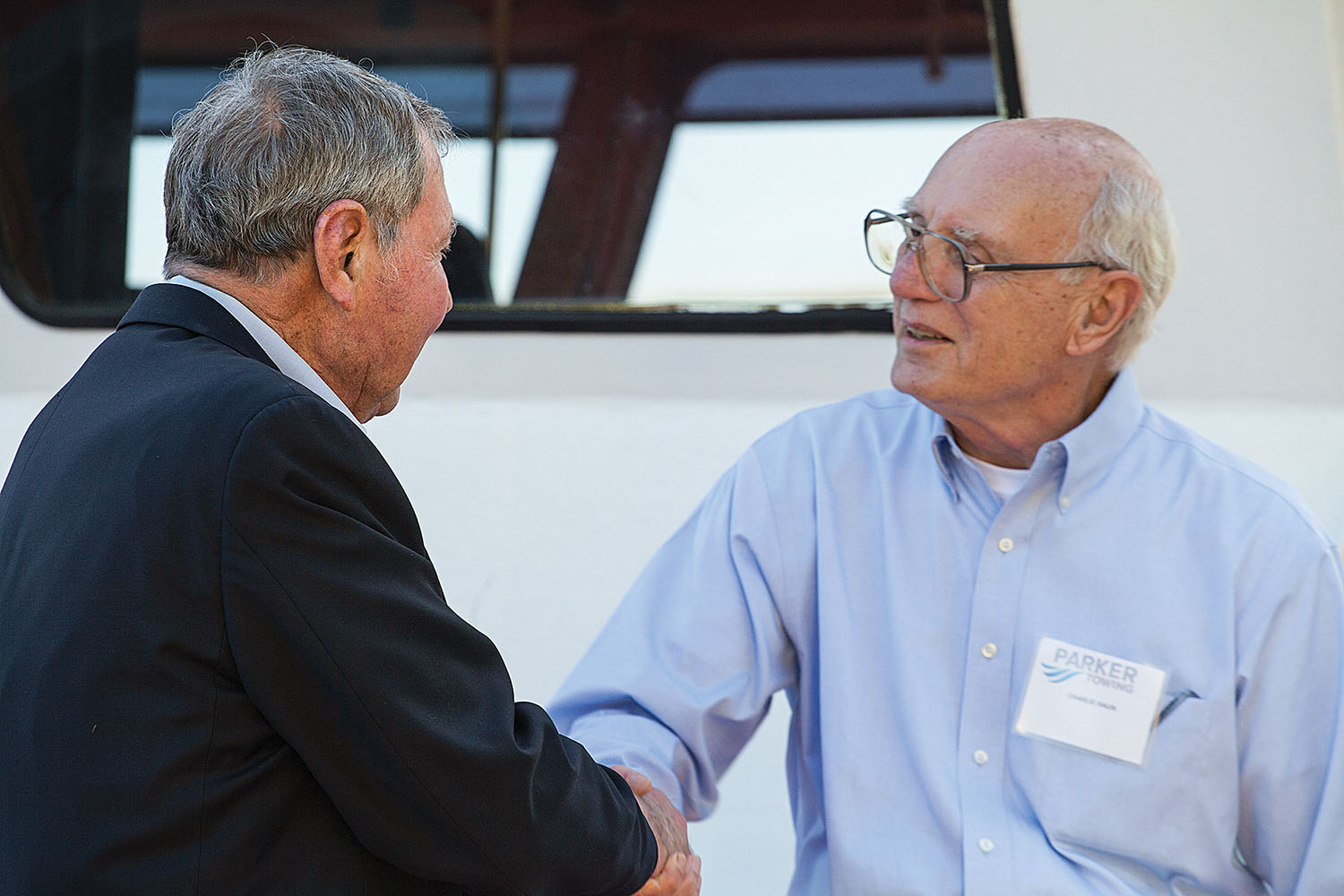 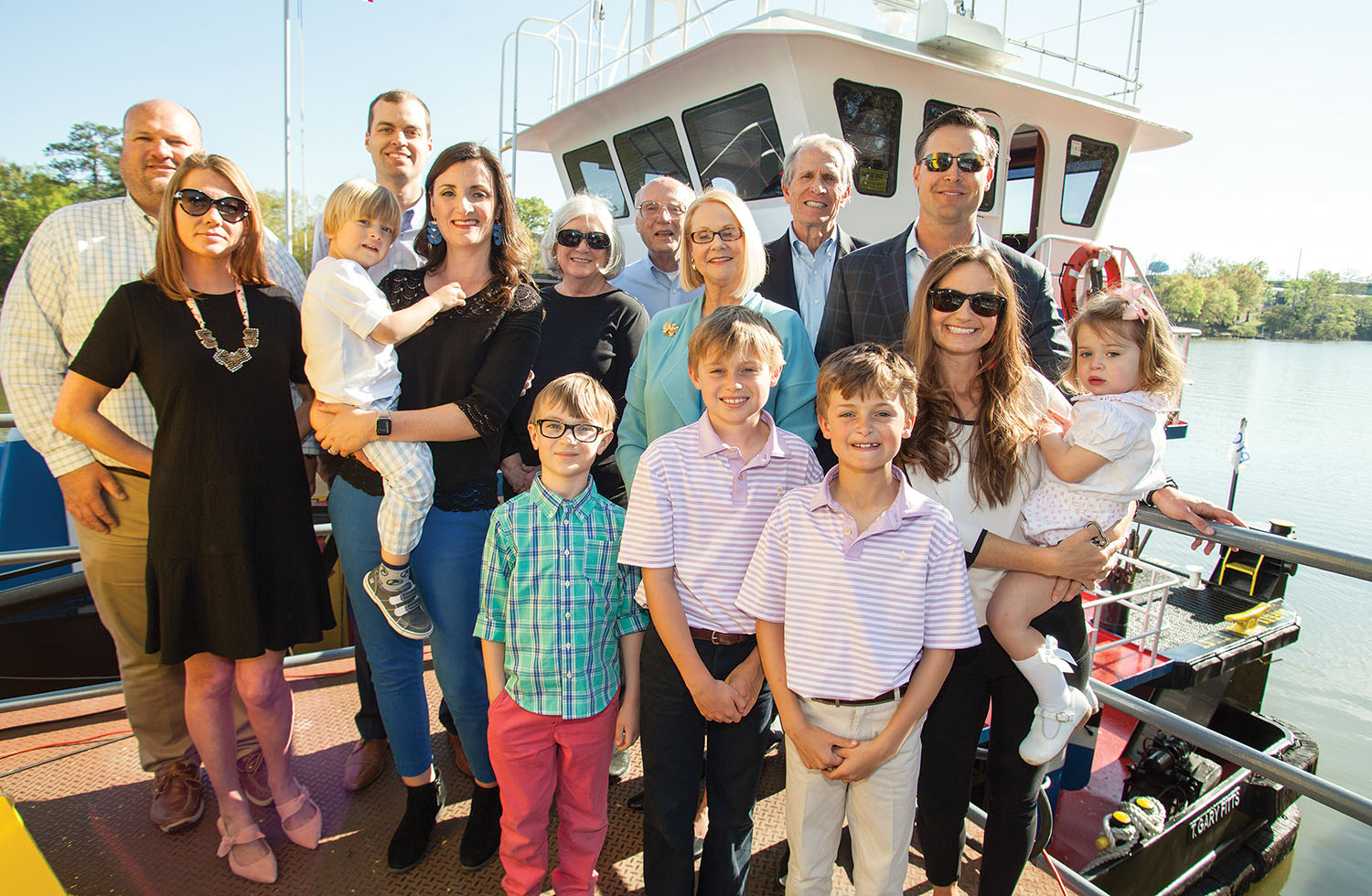 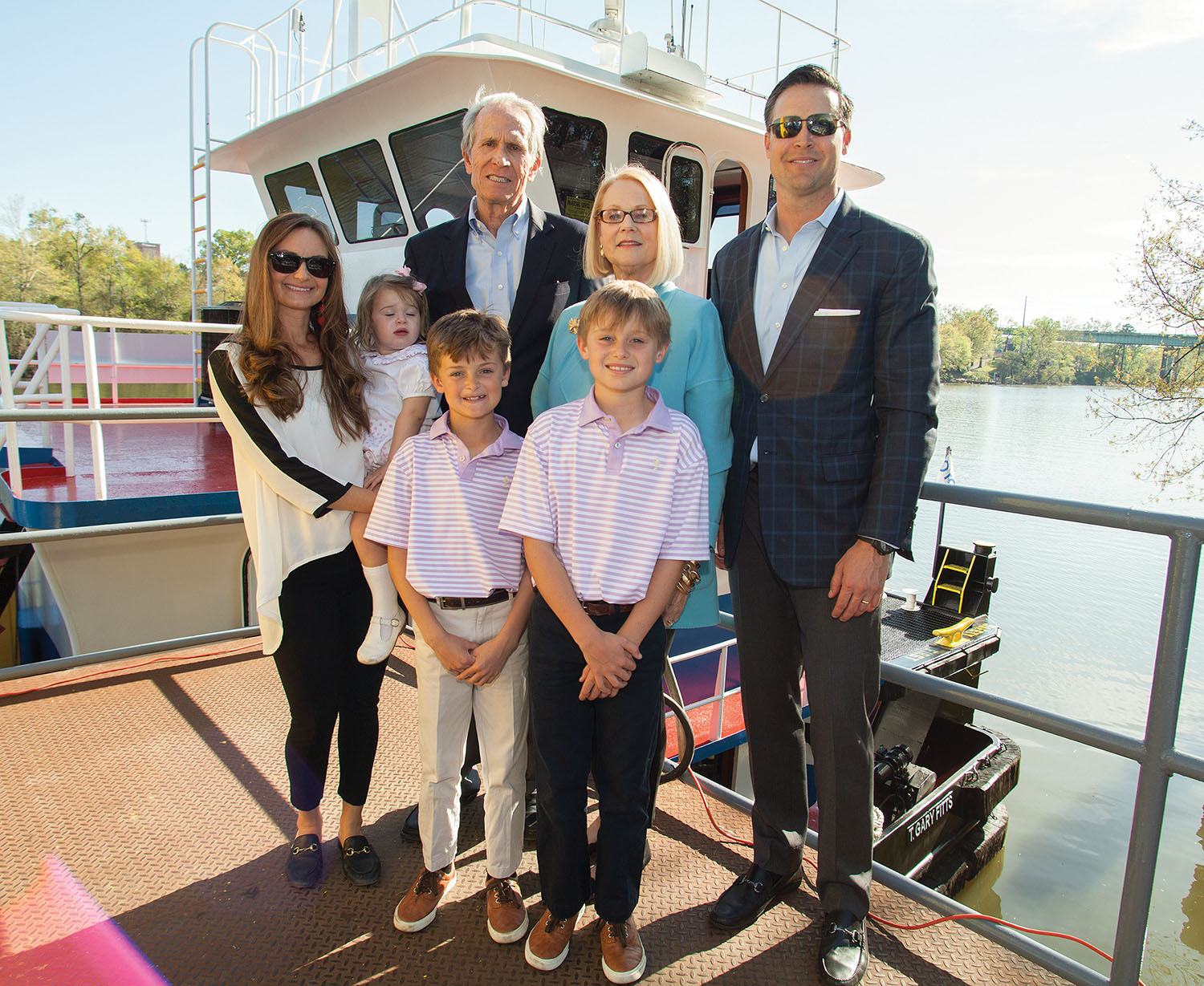 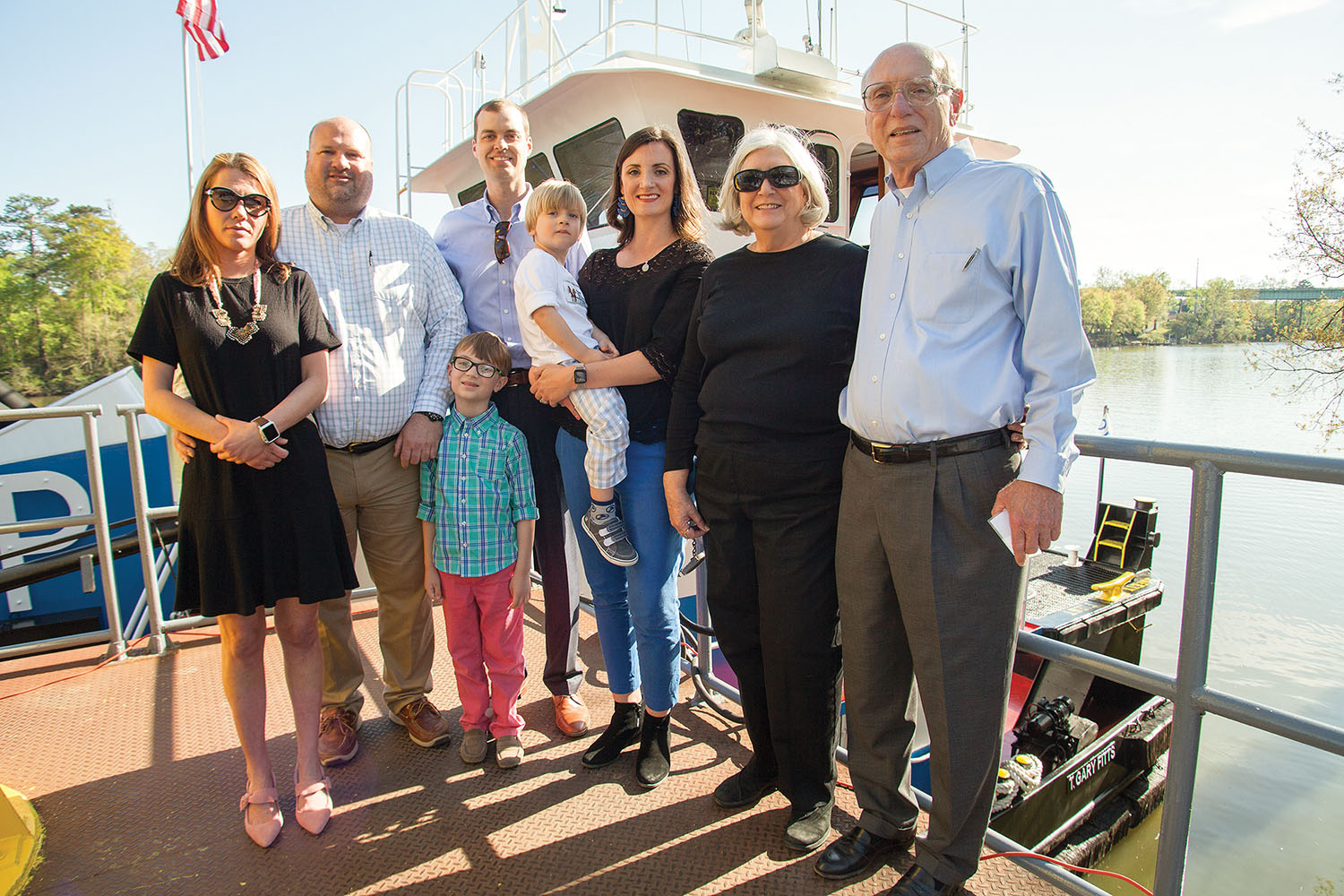 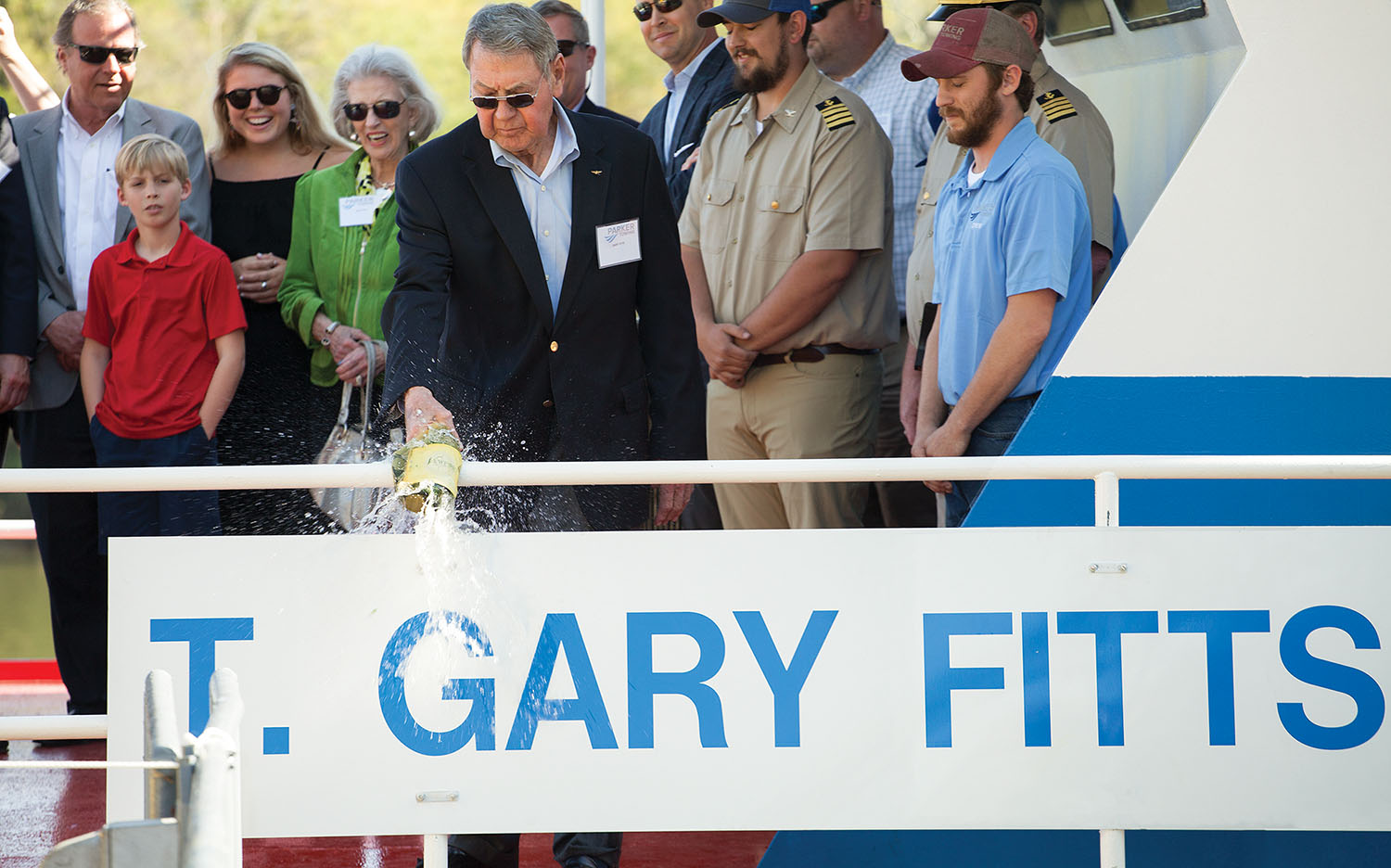 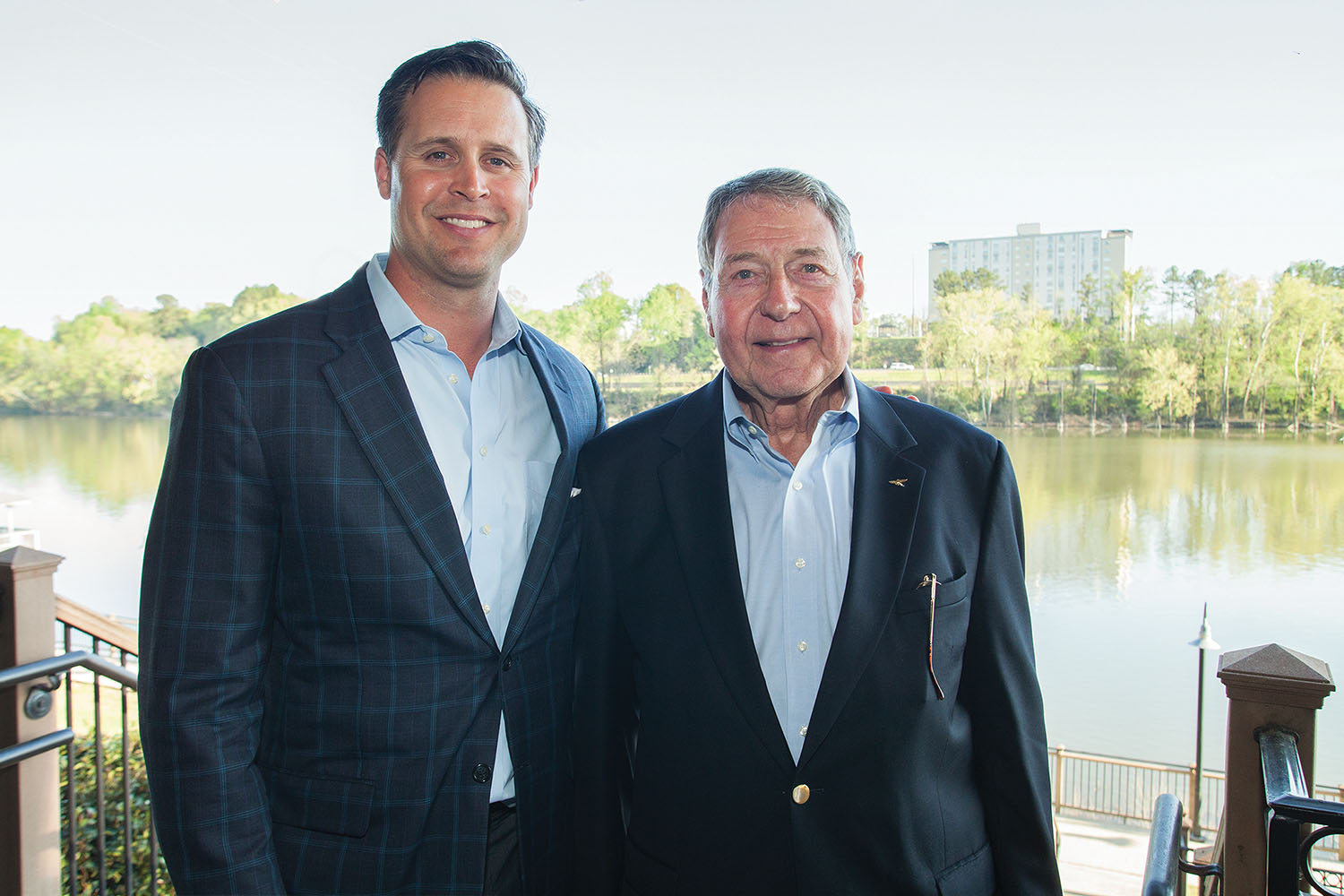