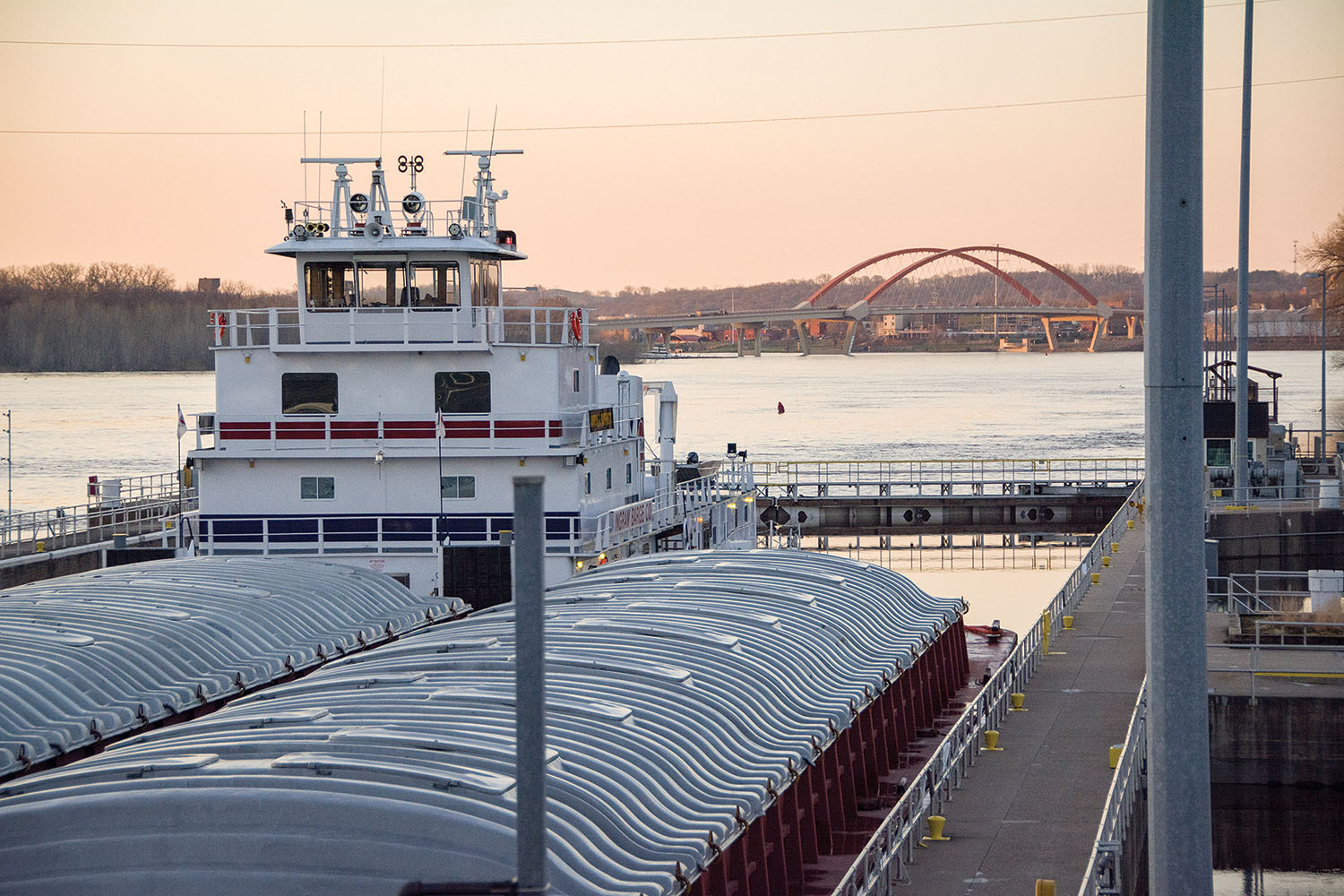 The Corps considers the first tow to arrive at Lock and Dam 2 as the unofficial start of the navigation season, because it means all of its locks are accessible to commercial and recreational vessels. However, this spring’s high flows continue to force lock closures in Iowa, Illinois and Missouri and could lead to additional lock closures within the St. Paul District, leading to delays in other tows reaching St Paul.

The 6,120 hp. Aaron F. Barrett was built in 1983 by Dravo Corporation and is owned and operated by Ingram Barge Company.