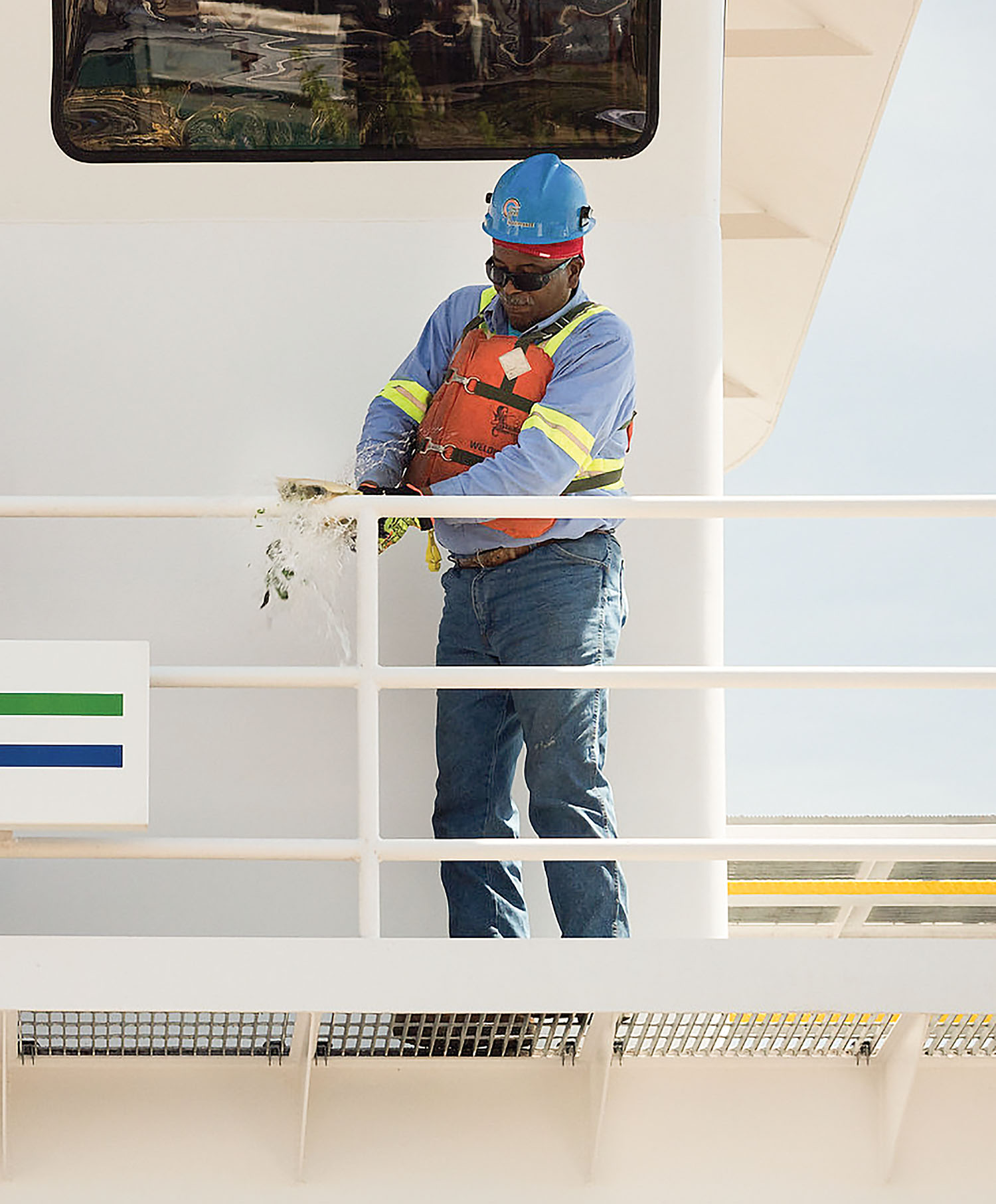 American River Transportation Company (ARTCO) officially welcomed two new harbor boats into its fleet recently. The christening ceremony was held at its shipyard in Waggaman, La. April 11. The boats, which have been in operation a number of months, are the mvs. Louisiana Purchase and Louisiana Transporter, both built by Eymard Marine Construction & Repair.

Breaking the bottle over the top deck railing of the Louisiana Purchase was Tommy Ducre, a welder at ARTCO’s shipyard, while Anthony Taormina, an ARTCO coordinator of northbound shipping, did the honors for the Louisiana Transporter. Over 1,100 pounds of crawfish were consumed at the event, it was reported.

Both vessels are lunch bucket boats with no crew accommodations, but with efficiency galleys and deck lockers. They have been working in the New Orleans area.

At the christening ceremony, Seamen’s Church Institute Chaplain Tom Rhoades, responsible for the Lower Mississippi, Gulf and Houston Ship Channel, offered the blessing for both vessels and presented the captains with a ship’s Bible and a flag of the United States Merchant Marine.