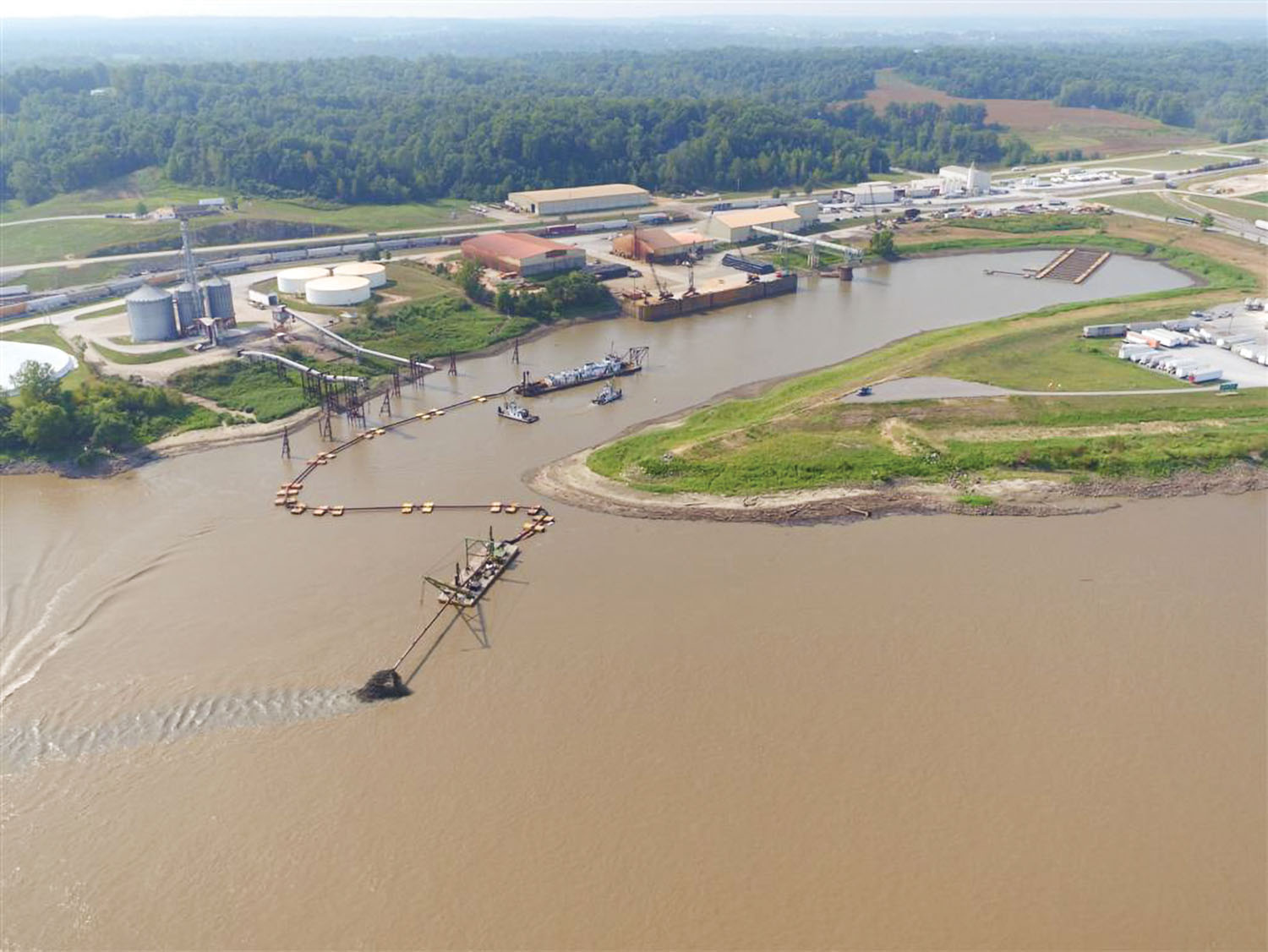 The big news at Southeast Missouri Port (Semo Port), located on the Mississippi River near Scott City, Mo., is the $19.8 million Better Utilizing Investments to Leverage Development (BUILD) grant awarded to the port at the end of last year.

Semo Port Executive Director Cary Harbison is familiar with the intricacies of federal grantsmanship. After he joined Semo Port as assistant director in September 2016, he, current Assistant Director Mandi Brink and then-Executive Director Dan Overbey worked on a TIGER application, as well as on another grant application program called Infrastructure for Rebuilding America (INFRA). “This project will position us for the next phase of our growth,” he told The Waterways Journal. He credits Overbey, who served as executive director for 25 years, with patiently shepherding the project through the application processes before retiring in June, 2018.

“Honestly, I can’t keep all the acronyms straight,” Harbison joked. “I used to know what they all meant as we worked through each one.”

Even before formally joining the port, Harbison was intimately familiar with its infrastructure, having designed much of it himself when he was an engineer with a consulting firm that did a lot of work for the port.

The port has been working on its Loop Track Terminal project at least since the early 2000s. “All the work we did over the years helped refine the project and see where changes were needed,” said Harbison. Harbison and Brink have traveled to Washington, D.C., several times during the grant processes and expect to have to travel there several more times to get everything worked out with the grant agreement.

As it was refined and tweaked, the rail loop project has grown to a double loop of two 12,000-foot tracks with a reconfigured design, along with a barge load-out system. Harbison has high praise for project consultant HDR, a global company headquartered in Omaha, Neb., with an office in Kansas City, which has worked on the project.

“When this project is done, we hope to increase barge tonnage dramatically going out, and possibly coming in as well,” said Harbison. The port currently moves about 1.5 million tons of cargo annually by all transportation modes, much of it grain from Consolidated Grain & Barge’s 350,000-bushel grain elevator. Harbison said he doesn’t keep up with trade war news but hasn’t seen any drop-off in grain going out of the port. “We had a few good months where [grain] prices seemed to be up,” he said.

Harbison and Brink are working closely with the Department of Transportation and the Maritime Administration on the BUILD project’s phases and financing. “When they grant you that amount of money, you have to sign a lot of documents,” he said. He expects all the preliminary design work to be done and the project ready to break ground by 2020. the total cost of the project is estimated at $33 million; the port will also take out a federal loan that will pay for about 20 percent of the project.

“How much silt we get depend on currents and floods. We have an eddy in front of the harbor at times that can drop lots of silt,” said Harbison. Overbey became known as a leader among Mississippi River ports for his campaign to get the Corps to do more dredging at Semo Port and other riverports that he felt were getting shortchanged. There were some years in which the port had to fund its own dredging needs. But according to Harbison, the port has gotten an adequate amount of dredging from the Corps in recent years. It was last dredged in August.