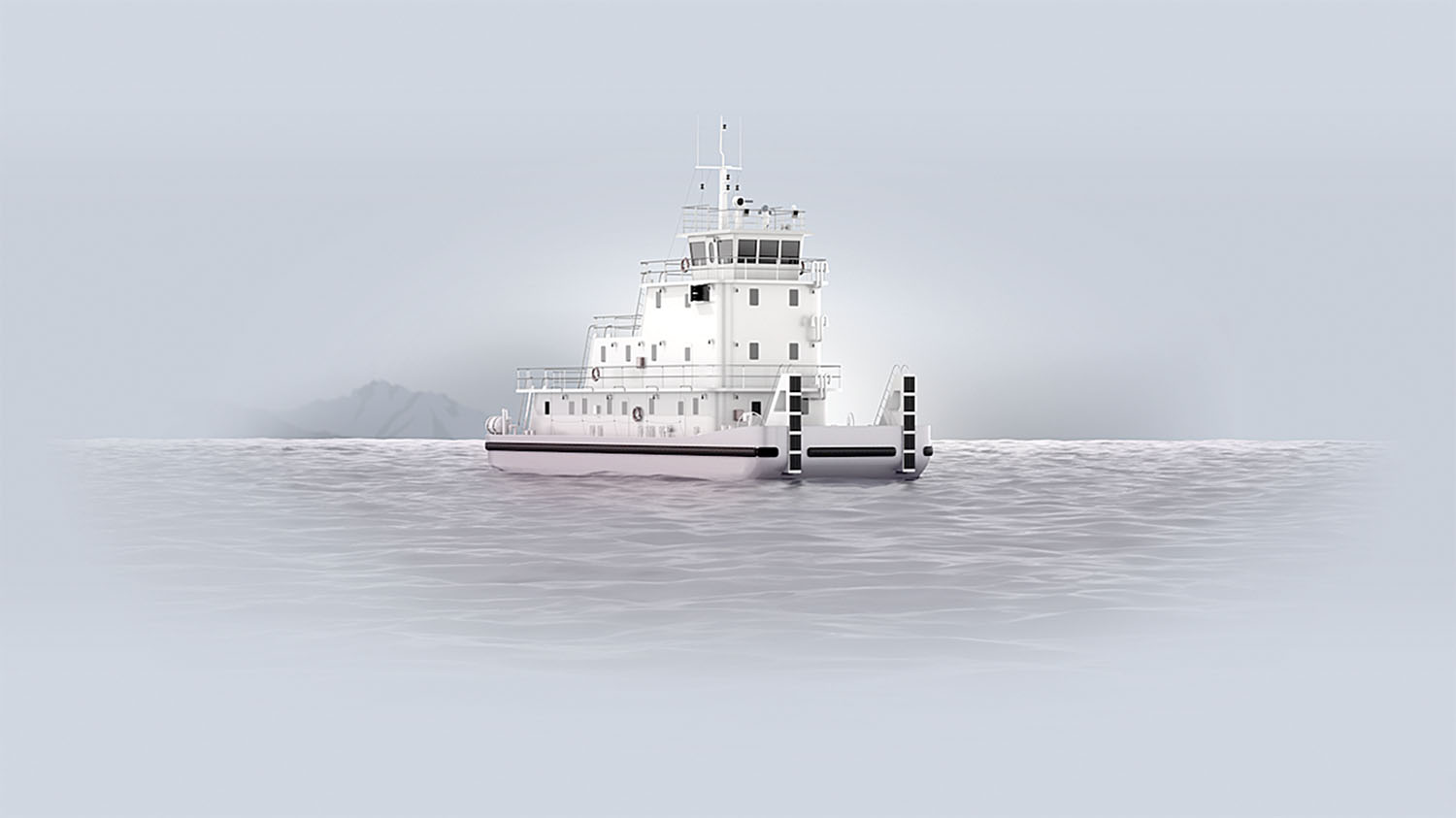 ABB will provide a power and propulsion solution for a towing vessel operating along the Rhône river in France to run entirely on hydrogen fuel cells. The company announced the development May 21 at the Inland Marine Expo in St. Louis.

Under this initiative, ABB will provide a fuel cell-based power and propulsion solution for a newbuild pushboat for the France-based Sogestran Group subsidiary Compagnie Fluviale de Transport (CFT), due for delivery in 2021. With hydrogen for the fuel cells sourced from shore-based renewable energy, the complete vessel energy chain will be emission-free.

“CFT has been an inland waterways innovator for more than half a century,” said Matthieu Blanc, chief operating officer at CFT. “Powering river transport in a sustainable way is a new type of challenge, but it has become vital that we cut emissions on Europe’s inland waterways and specifically in the city centers. With this project, we aim to highlight that emission-free operation is both feasible and commercially viable.”

ABB is a member of FLAGSHIPS, the EU-funded initiative to deploy commercially operated zero-emission vessels for inland and short sea operations. ABB has been a member since the project’s start in January of this year. The company has been working closely with VTT—a Finnish research organization that is the project coordinator—and Ballard Power Systems Europe to develop an installation enabling a 400 kw. fuel cell to power vessel operations.

The project objective is to demonstrate that fuel cells are a practical and deliverable propulsion solution for owners and builders of mid-sized vessels carrying more than 100 passengers or the equivalent freight volumes inland or coastally. For this reason, the scope of FLAGSHIPS also includes assessing the operational impact of the switch to hydrogen as a fuel.

Once the fuel cell power plant has been fitted, the plan is to run the vessel daily, with special attention being paid to the refueling procedures needed to meet the operating schedule. Trials will therefore also provide insights into developing and optimizing the refueling infrastructure needed for hydrogen fuel cells in marine operations.

“Taking an active role in the FLAGSHIPS initiative, ABB continues to push the boundaries of e-mobility in shipping,” said Peter Terwiesch, president of the industrial automation business at ABB. “As one of the world’s leading enablers of sustainable transportation, ABB is committed to writing the future of the marine industry that will see vessels plying the world’s waters more cleanly and efficiently.”

With maritime transport estimated to emit around 940 million tons of CO2 annually, there is an increased pressure for the shipping industry to deploy means of reducing harmful pollutants. The International Maritime Organization, a United Nations specialized agency with responsibility for the safety and security of shipping, adopted a strategy on reduction of greenhouse gas emissions from ships by at least 50 percent by 2050 compared to 2008, with the aim of phasing them out entirely.

Fuel cell technology is widely considered as one of the most promising sustainable energy solutions for reducing marine emissions worldwide. Fuel cells turn the chemical energy from hydrogen into electricity through an electrochemical reaction. They convert fuel directly to electricity, heat and clean water.

The FLAGSHIPS project is supported by the Fuel Cells and Hydrogen Joint Undertaking (FCH JU), a public private partnership established under Europe’s Horizon 2020 frameworks to accelerate commercial realization of the technology in a range of transport and energy uses. The three members of FCH JU are the European Commission, fuel cell and hydrogen industries represented by Hydrogen Europe, and the research community represented by Hydrogen Europe Research. Parties involved in the CFT newbuild project also include LMG Marin, NCE Maritime CleanTech and PersEE.