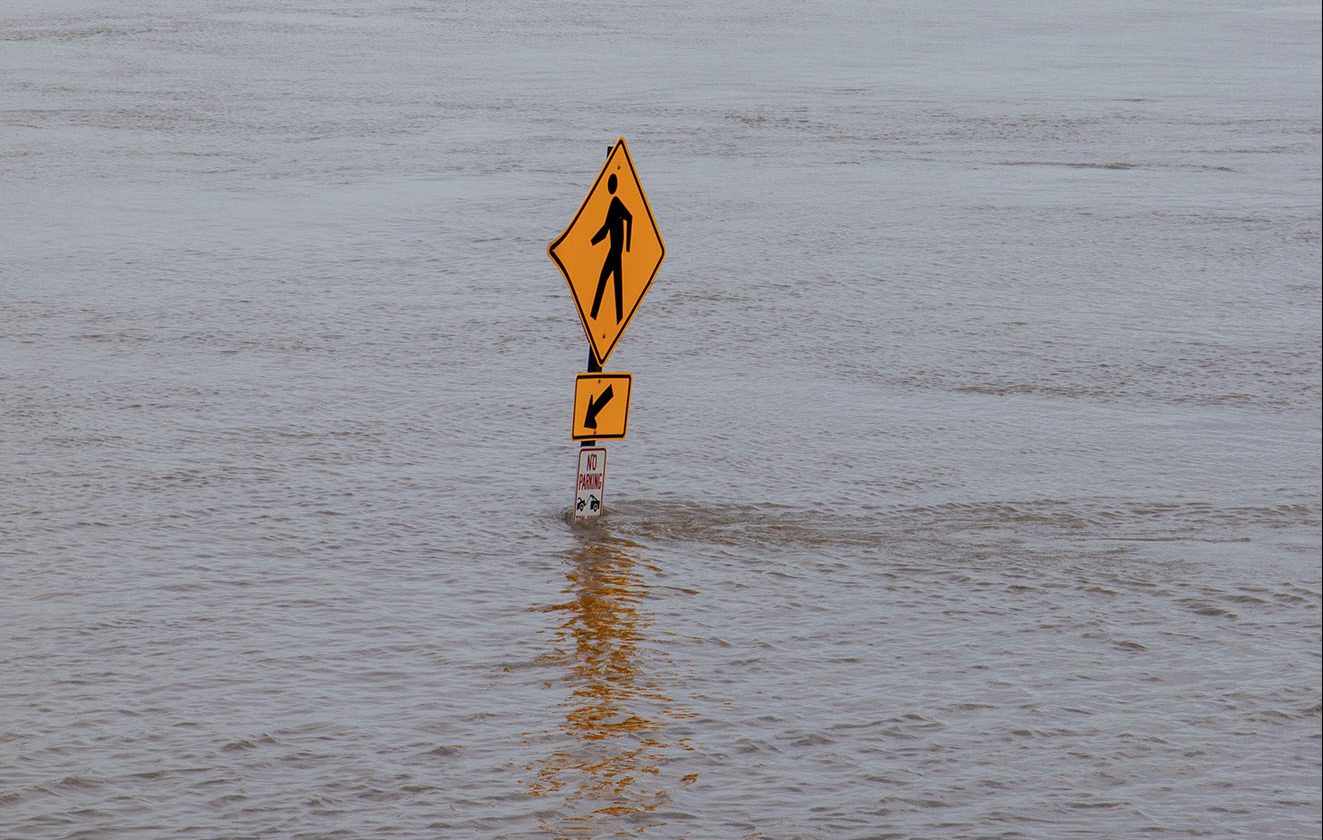 Continued rains and high water mean that river restrictions, lock closures and delays are now expected until mid-June. At this writing, another storm system has just pushed through the Midwest—again bringing tornadoes, along with more rain. On May 30, the National Weather Service was forecasting that the system could produce storms from the Ohio River valley to the Atlantic states.

Flood warnings or advisories are shown by the National Weather Service along virtually the whole length of the Mississippi River. Eight states along the Mississippi have seen the longest period of flooding since the Great Flood of 1927, the NWS said.

American Currents, the email newsletter of American Commercial Barge Lines, simply notes, “The river systems remain challenging from St. Paul and Chicago to the Gulf”—as it has done for months.

On the Missouri River, the Corps announced that releases from Gavins Point Dam will increase by 5,000 cubic feet per second (cfs.) June 1 to 75,000 cfs. Releases were increased to 70,000 cfs. on May 29. “Runoff into the upper Missouri River above Sioux City has remained high, and unfortunately, the rain continues to fall in the places we don’t need it,” said John Remus, chief of the Missouri River Basin Water Management Division.

The Arkansas River, which remains completely closed to traffic, is breaking long-standing flood records. In Fort Smith, Ark., the river crested at 40 feet May 29, breaking a previous record crest of 38 feet set in 1945. The National Weather Service said May 29 that all major communities along the Arkansas River will face flooding from further rainfall over the next 7 to 10 days.

The Tulsa Engineer District is releasing water from a hydroelectric dam northwest of Tulsa, Okla., to help relieve pressure on the Keystone Lake reservoir, which drains 22,000 square miles of northeastern Oklahoma and southeastern Kansas that have been hit by heavy rains.

The district said May 29 that the releases would be reduced by Saturday to 150,000 cfs. The release is necessary to prevent the reservoir from spilling over and sending floodwaters to flow uncontrolled down the river.

Further east, the Corps announced that the Tennessee-Tombigbee Waterway was open May 21, after three months of work by Corps dredges cleared a pilot channel through 400,000 cubic feet of extra silt that was dumped by the river’s own high water in February. Dredging efforts on the Tennessee-Tombigbee system will continue into November.

That extraordinary effort highlights the silt problems the entire river system will face. Even after the high water finally recedes, silt volumes much greater than usual are likely to create further delays as the rivers are remapped and sandbars are cleared.

Dan Cottrell, dredging manager for the St. Paul Engineer District, told one news outlet the extra Mississippi River silt has been building up since unusually wet weather last year, even before the snowpack that was twice as big as usual. While he said the Corps has the budget to handle the extra dredging duties, the St. Paul District is already facing an urgent need to find new locations to place dredged material.