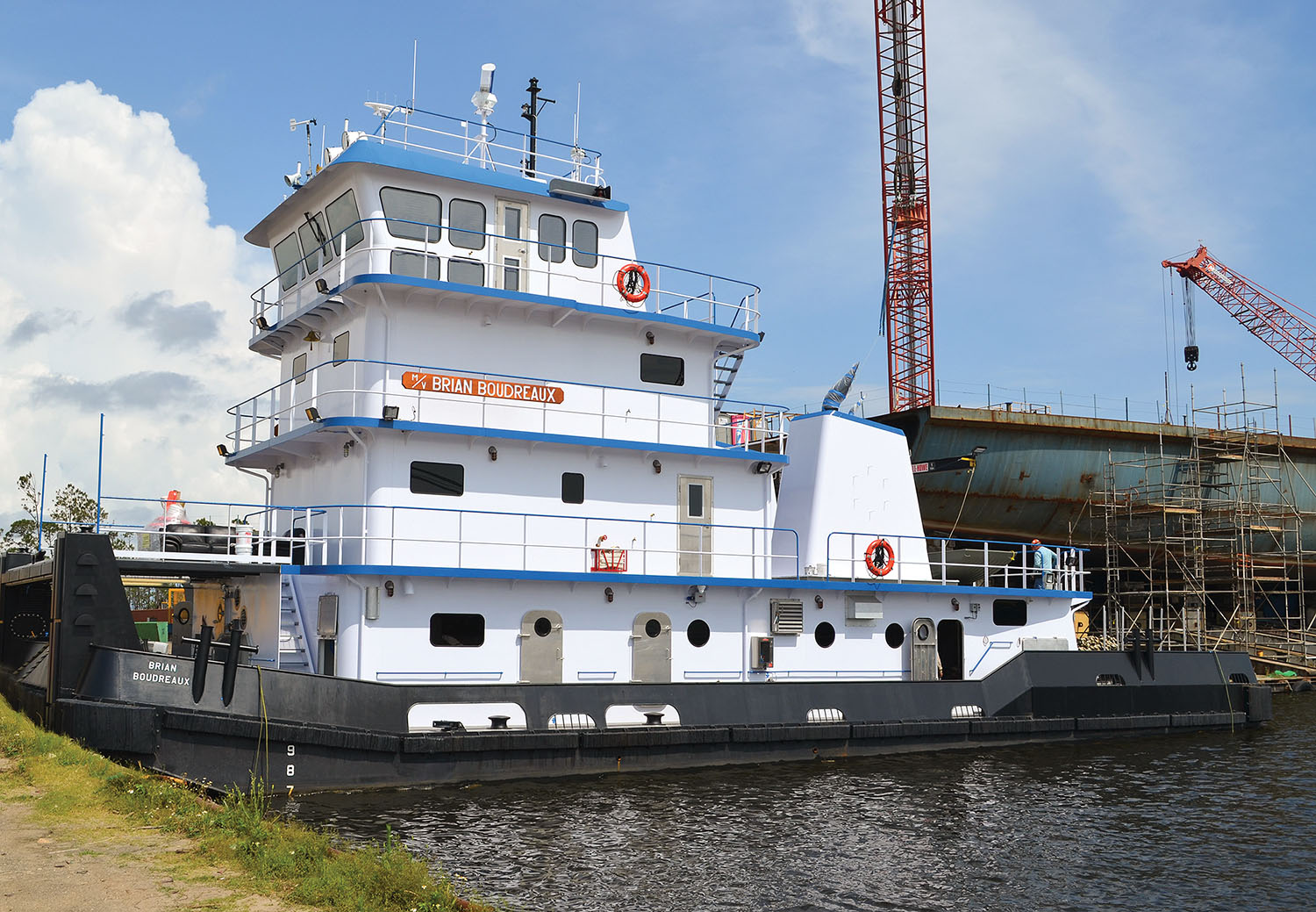 Eastern Shipbuilding Group Inc. delivered the mv. Brian Boudreaux to Florida Marine Transporters (FMT) on May 20. The 90- by 32- by 10-foot vessel is the first new-construction Subchapter M towboat for FMT.

In early 2018, FMT signed a contract with Eastern Shipbuilding for four more towboats, bringing to 70 the total number of towboats the yard will have built for Florida Marine over the last 14 years. The Brian Boudreaux is the first boat in the series to be issued a Coast Guard Subchapter M Certificate of Inspection (COI). It was constructed at Eastern’s Allanton, Fla., facility from a design by Gilbert Associates Inc. of Boston, Mass.

The series of 90-foot towboats originally began with a 25-vessel contract, with the first deliveries in 2006. It has expanded to become the largest single-owner, single-shipbuilder, new-construction program with the same class towboat design in U.S. history.

Jeff Brumfield, director of vessel engineering and construction at Florida Marine, said he was very pleased with how the delivery went and that Eastern did a great job working through all the new Subchapter M challenges.

The Brian Boudreaux is powered by two Caterpillar 3512C Tier 3 diesel engines rated at 1,500 hp. at 1,600 rpm., provided by Louisiana CAT Power Systems of Reserve, La. The reduction gears are direct-coupled Twin-Disc Model MG-5600 with a 6.04:1 reduction supplied by Sewart of Harvey, La.

Headquartered in Panama City, Fla., Eastern Shipbuilding has delivered 12 vessels of various sizes and designs over the last 24 months.

Caption for photo: The Brian Boudreaux is the first boat in the series to be issued a Subchapter M Certificate of Inspection.