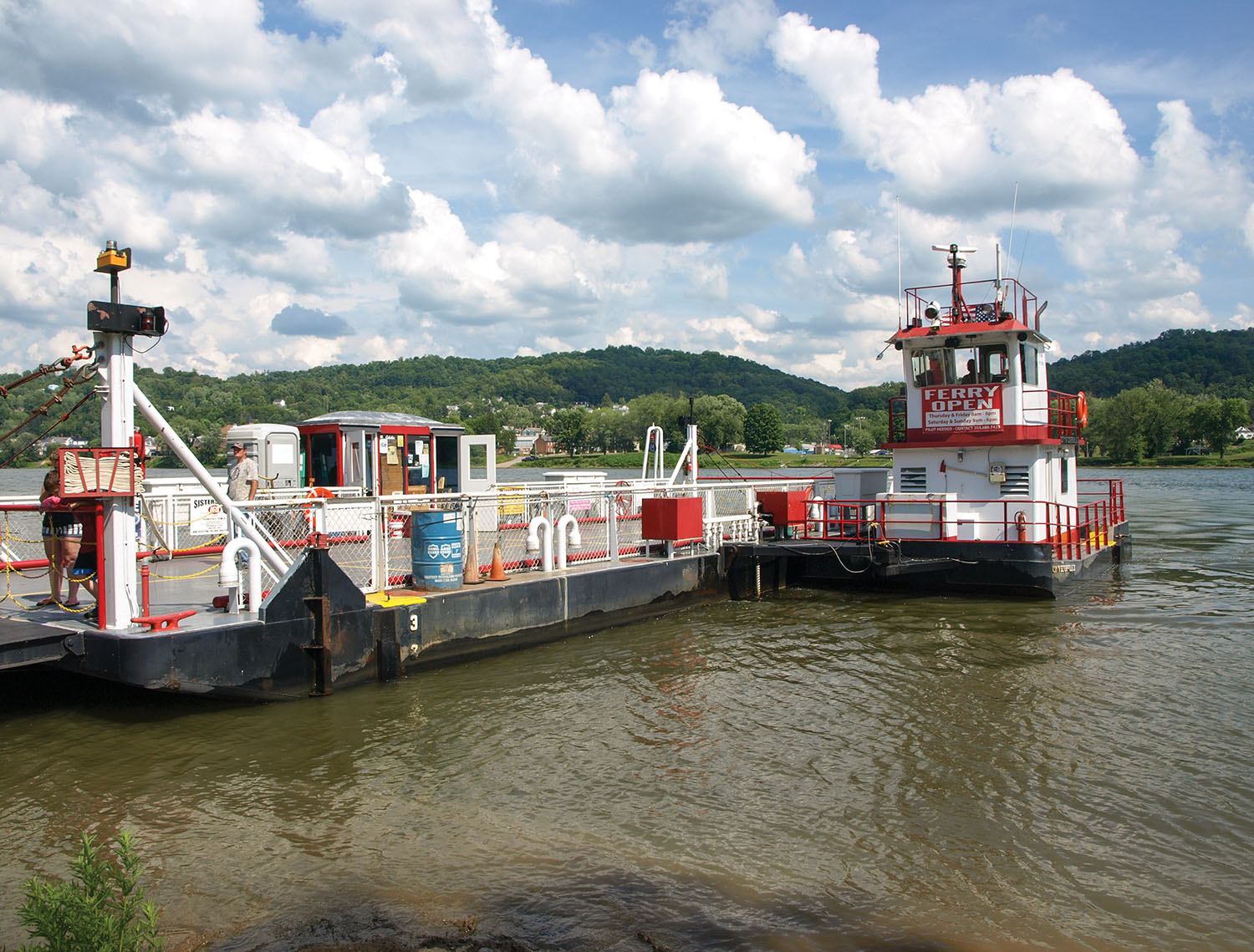 The last remaining ferry on the Ohio River between West Virginia and Ohio will not run this year, but its governing board hopes it can return in 2020.

The decision was announced June 10, after several weeks of an unsuccessful search for a new pilot to replace the one who resigned and took another job.

“It was a hard decision,” said Barb Gage, chairperson of the Sistersville Ferry Board at Sistersville, W.Va.

The ferry should be back next year after its one-year hiatus, Gage said.

“We had to make a decision about the insurance because that was coming due. We either have to run or not run,” she said. “It just broke our hearts to have to do that.”

The ferry at Sistersville is one of five ferries on the Ohio River, with the others being at Augusta, Ky.; Cincinnati; Rising Sun, Ind.; and Cave-in-Rock, Ill.

Capt. Bo Hause had handled the piloting duties for several years, and the Sistersville Ferry Board had been unable to find a replacement.

“The ferry board has always done a good job. It’s just hard to find a boat pilot that’s not making great big money out on the river,” Mayor Bill Rice said.

Because the ferry has had only one pilot the past several years, it has operated a four-day-a-week schedule, from Thursday through Sunday, May through September.

“We’ve been trying for a number of years to find another pilot, without a lot of success. We kind of got blindsided when Bo told us he was taking another job,” Gage said.

The city of Sistersville owns the boat and its barge, but the all-volunteer Ferry Board is responsible for budgeting, funding, hiring, personnel management and maintenance and compliance issues.

Gage said Hause was retired from the Coast Guard and was wonderful with riders of all ages. But towboat pilots can make two to three times what the ferry board is able to pay, she said. The board hoped to find a retired pilot who had kept his or her license current, who likes to spend time on the water and enjoys interacting with riders.

Gage said the Ohio River at Sistersville is only about one-eighth of a mile wide, but the Coast Guard requires a master of towing license for western rivers with radar endorsement. The ferry boat has radar.

Because the boat has not had a pilot, the ferry boat board hadn’t hired a deckhand for this season, either, Gage said.

“It would take us several weeks to get one hired if we could get a pilot today. It would be the end of June, and that’s half a season,” she said.

Gage said several cruise requests had been put on hold because of the lack of a pilot, including the popular Fireworks Cruise.

The owner of the historic Wells Inn in Sistersville had offered to provide a room for a pilot who would have to travel a long distance to work.

But no pilot had been found, and it was getting too late in the season to begin service and still generate enough money to pay bills, Gage said.

The ferry gets no money from the city of Sistersville, a city of about 1,300 people at Mile 138. The ferry’s entire annual budget is about $60,000, Gage said. Money comes from fares, fundraisers, donations and merchandise sales.

It does get some support from the federal and state governments, Gage said. One grant covers maintenance and repair costs. The board pays the costs up front. Federal funds reimburse the board for 80 percent, and the state covers the other 20 percent.

A rural transit grant matches the ferry’s income that does not come from fares. Money raised from donations, merchandise sales and fundraisers such as the annual Ferryboat Festival is used for that. But this year’s festival has been canceled, as organizers didn’t think they could have a ferry boat festival without an operating ferry boat, Gage said.

One thing that adversely affected the ferry’s finances came about 10 years ago when an insurance adjuster determined that the ferry could not be insured under the city’s blanket policy, Gage said. Now it must pay about $18,000 a year for marine insurance, she said.

The ferry went to a four-day-a-week operation when the board determined the boat didn’t do enough business to justify operating seven days a week. As its operating schedule has been cut back, its ridership has dropped off, Gage said.

Still, the ferry has been a tourism draw for Sistersville and Tyler County, W.Va., along with the small unincorporated community of Fly. Motorcycle groups, area natives back home for a visit and other people who would just like to try a ferry have found the Sistersville ferry attractive. The Ferry Boat Festival likewise has had good turnouts in its few years of operation, Gage said.

“We’d love to have more support. The city of Sistersville doesn’t have the resources to support it,” she said.

Town officials have made several attempts to secure funding from state sources, but they keep getting turned down, and sometimes state officials won’t even talk to them, Gage said.

“It’s really been frustrating. That’s been true for a couple of years now,” she said.

Charles Winslow, owner of the Wells Inn in Sistersville, said the decision to not run this year will hurt what little tourism the Sistersville area has. He also blamed past decisions of the Ferry Board and state officials for the ferry’s current problems.

“It’s the only tourist attraction in our region here,” he said.

“When we bought the hotel a long time ago, we envisioned the ferry being a natural travel point, a goal for a road trip. The problem is the ferry has never been properly funded. Instead of being developed as a goal of tourism, it’s been set adrift. There’s been very little support on the state level to develop tourism in this part of the Ohio Valley,”

Winslow said a former mayor tried to kill the ferry about eight years ago.

“I got the numbers and crunched them, sat down with the then ferry pilot, and it would support itself as a private venture if it was marketed.”

The city and the county pledged support but never backed it up with money or action, Winslow said. The ferry was never advertised outside the region as a tourist attraction, he said.

The decision to cut service to four days a week, with only two of those days being weekdays, got commuters out of the habit of using the ferry, Winslow said.

Winslow said he still sees cars on both sides of the river approaching the ferry landings, looking for a ride.

“Could it go year-round? No, it couldn’t,” he said. “If properly marketed, it could carry itself. It’s got great potential.”

Caption for photo: The Sistersville Ferry in 2015 photograph. (Photo by Jim Ross)