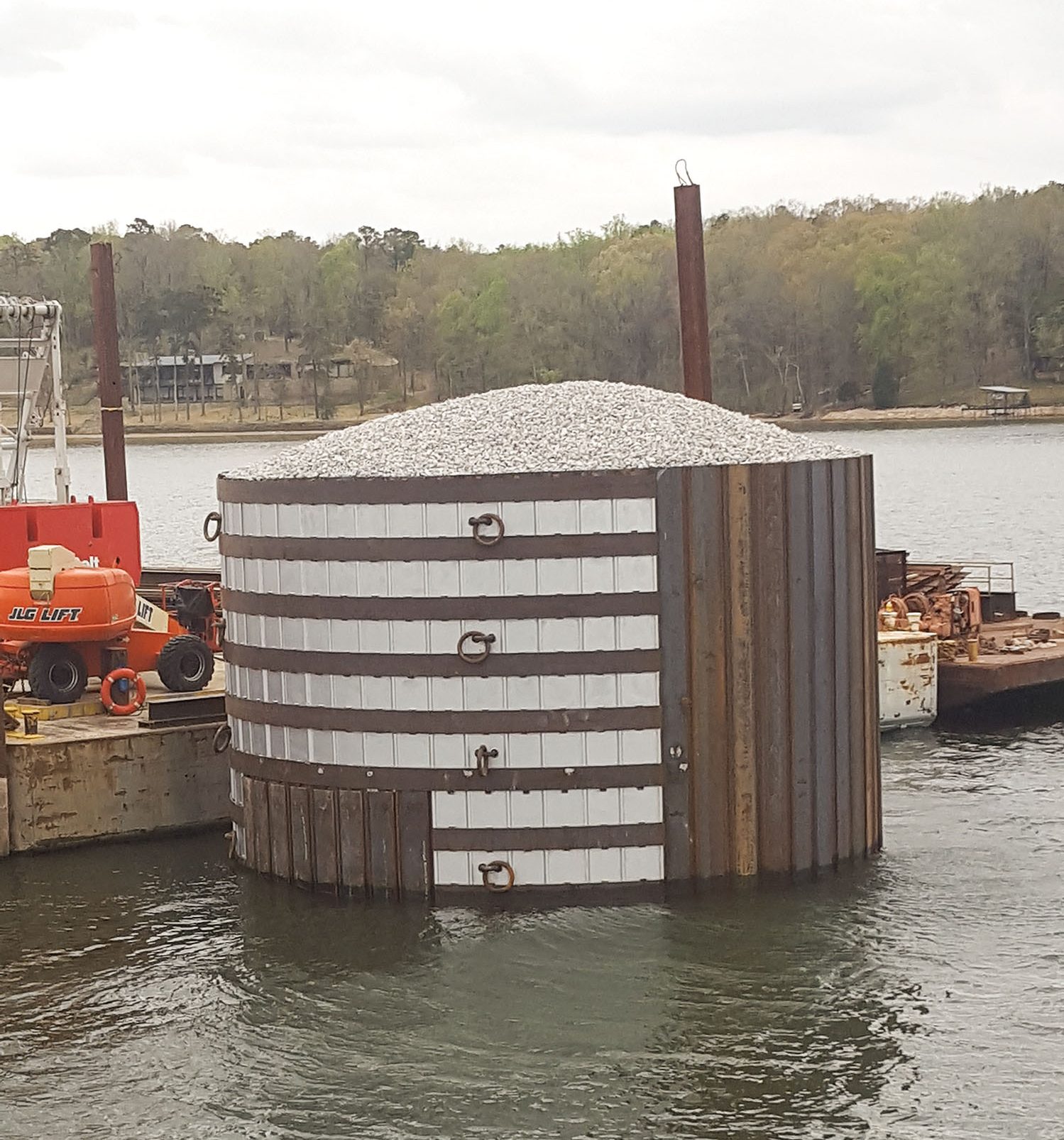 Southern Marine Construction Company, Chattanooga, Tenn., has been busy doing cell work on the Tennessee River of late. The company, now benefiting from the efforts of a third generation of the Serodino family, David, reconstructed mooring cells at Pickwick and Wheeler locks for the Corps of Engineers.

At Pickwick, Southern Marine demolished and rebuilt a 30-foot diameter mooring cell, using its 100-ton, barge-mounted crane and the mv. Low Bid Too. “We had to cut the cell down to the water line,” said David Serodino, “and pull the piling out of the mud, then build a new cell precisely in the same location.”

At Wheeler, Southern Marine built two new 40-foot-diameter mooring cells located about 100 feet off the bank, which, due to all the rain in the area and the increased water level last year, proved to be “tricky,” Serodino said. All the cells are open top with exposed gravel and an 18-inch concrete bottom.

Upon completion of the Corps of Engineers’ cells, Southern Marine completed a large barge unloading facility at Decatur, Ala., several jobs in and around Louisville, Ky. and some work in Knoxville, Ky.

Southern Marine Construction is a sister-company to Serodino Shipyard, which builds about six vessels a year; Serodino Inc., which operates towboats and barges handling over 2 million tons of bulk tonnage annually; Mid-South Terminals, an industrial park and cargo transfer facility; and Southern Electric Fleet, a harbor and shifting operation.

Serodino Inc. was founded in 1955, and Southern Marine Construction in 1962, both by Pete Serodino, who was joined by his son, Pete Jr., some years later and more recently, by his grandsons, Peter, Wesley and David.