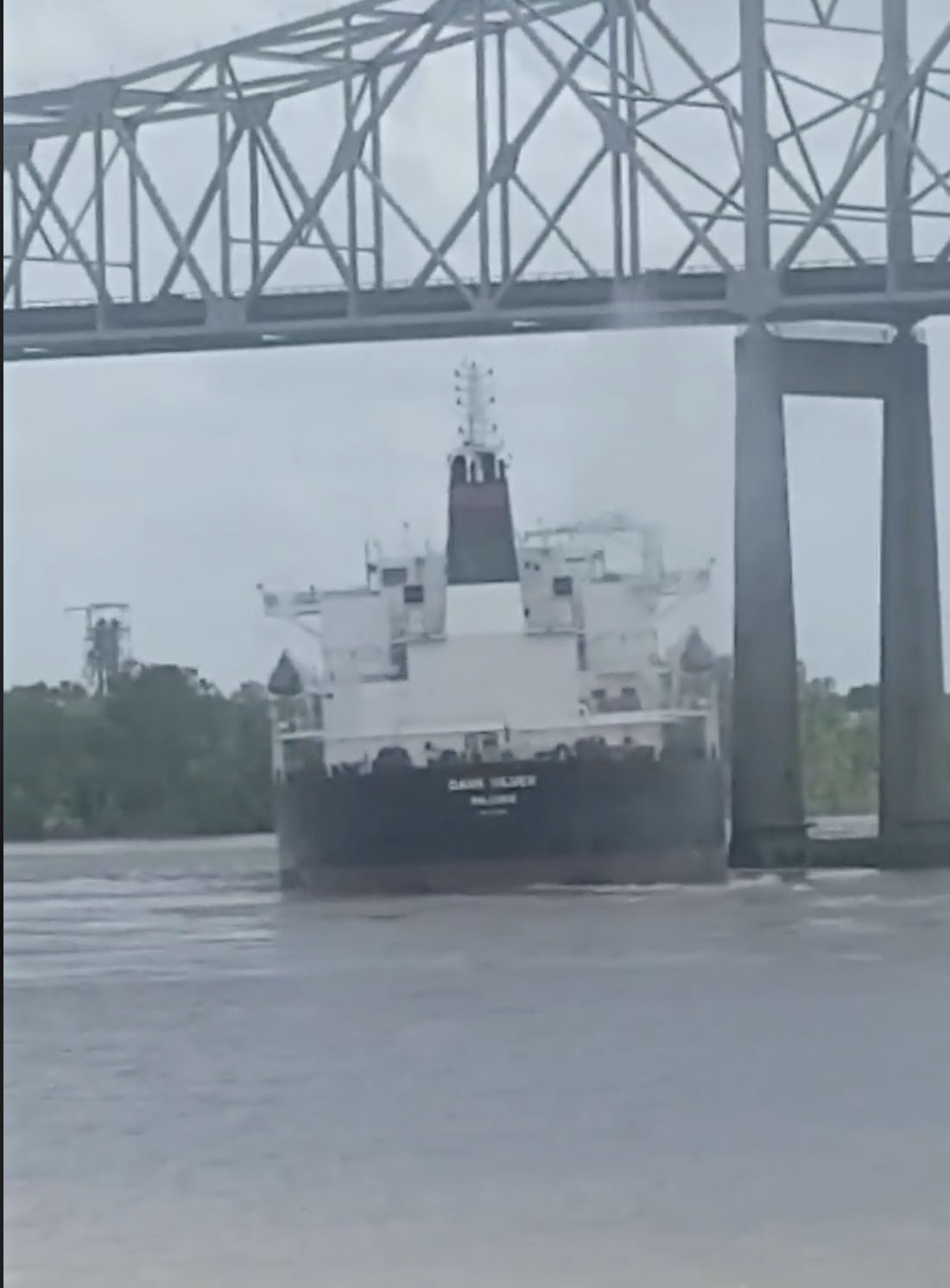 The U.S. Coast Guard received word around 1:30 p.m. June 16 that a downbound tanker struck the Sunshine Bridge, which spans the Mississippi River in St. James Parish, La., at Mile 167.4 between Baton Rouge and New Orleans.

The Marshall Islands-flagged tank ship Dank Silver, owned by Dank Silver Maritime Transportation Company Limited, was headed downriver from Burnside as it passed through the main span of the bridge, but heavily favoring the bridge pedestal on its starboard side. Two videos posted to social media appear to depict the ship, near its bow, alliding with the bridge’s protective girder, then dragging the girder down much of its side. The entire vessel can be seen listing to port as it slides down the bridge’s fender. In one of the videos, a call can be heard over the radio asking for “any available tugboats” in the vicinity of the Sunshine Bridge to render assistance. In another video, at least two harbor tugs catch up with the Dank Silver just below the bridge.

Louisiana Department of Transportation and Development closed the bridge immediately to vehicular traffic and conducted a prompt inspection. With no damage found, the bridge reopened before 2 p.m.

Shortly after the incident, Louisiana Gov. John Bel Edwards posted the following statement on Twitter: “Thank you to all of the @La_DOTD crews and @LAStatePolice Troopers for their quick response and hard word today to get the Sunshine Bridge reopened.”

Close to 24 hours after the incident, the tank ship Dank Silver was still anchored at the Grandview Anchorage, near the Veterans Memorial Bridge in Gramercy.

According to the Coast Guard, there were no reports of pollution or injuries. The incident remains under investigation.

The incident occurred at the same bridge that was hit by an upriver-bound barge-mounted crane on October 12, 2018. That allision severely damaged a weight-bearing beam and resulted in a complete closure for almost two months. The bridge reopened to one-lane traffic in each direction December 1. All lanes of the Sunshine Bridge reopened on March 22, five months after the accident.

Caption for photo: Screen capture from video posted on social media of ship hitting the protective girder of the Sunshine Bridge.