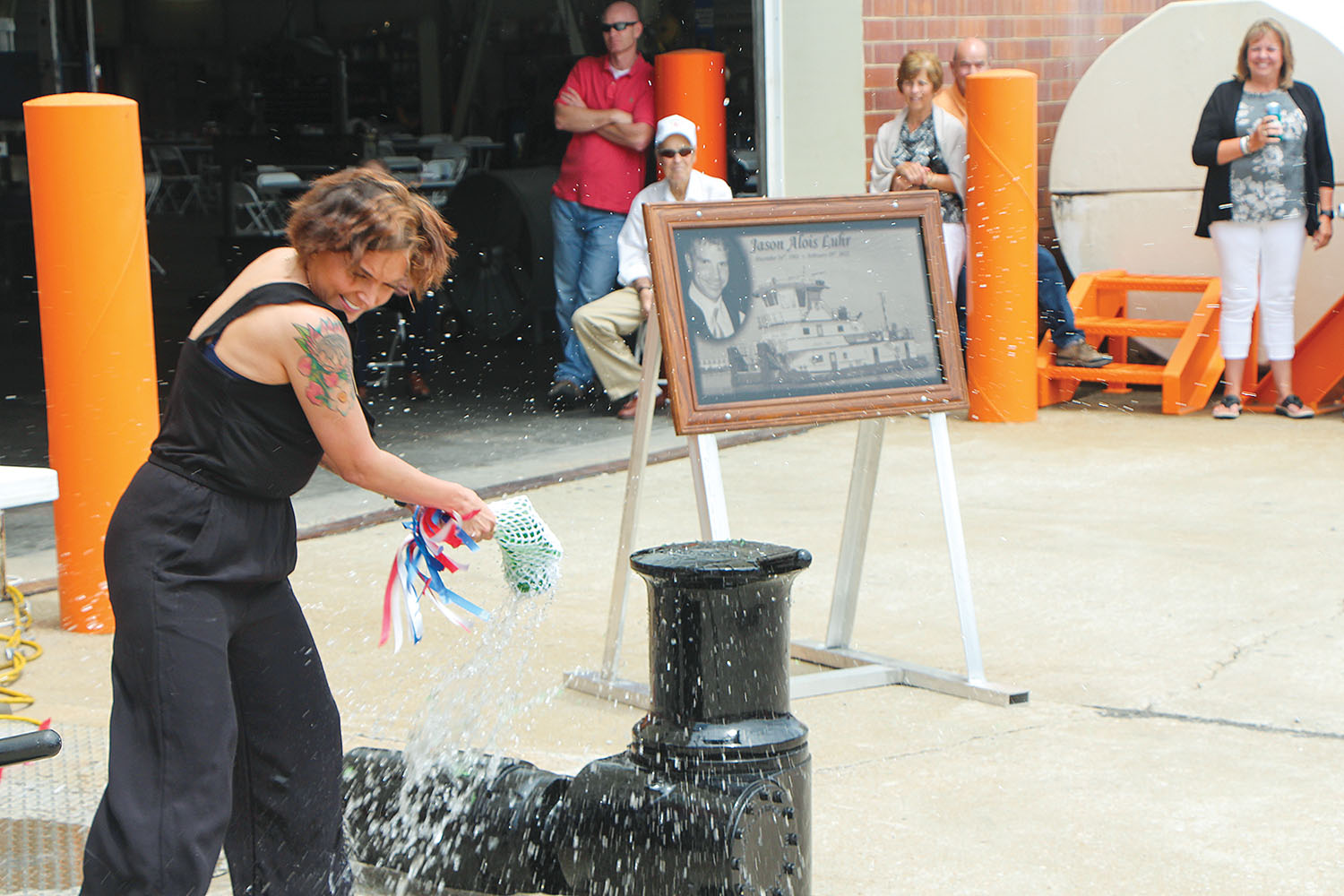 The crowd of 300 or so employees, friends and other well-wishers who attended the Luhr. Bros. Inc. twin christening recently witnessed what may well have been the first such event held in the absence of the vessels themselves. The ceremony was conducted June 15 at the marine contractor’s headquarters in Columbia, Ill. Meanwhile, the boats, the mvs. Jason Luhr and Noah P. Hays, remained tied off at the company’s dock, stranded there by the floodwaters of the Mississippi River and inaccessible by anything other than a yawl.

Company officials, who had set the date of the christening before the flood, decided to stick with the plan because the high water was expected to fall out slowly and as soon as it did, the boats would need to get back to work.

Absent as well as the boats, sadly, were the vessels’ namesakes, both of whom died unexpectedly at an early age and were memorialized at the ceremony.

Luhr Bros. used two freshly painted capstans to represent the boats and give the sponsors a solid object over which to shatter the traditional champagne bottle, which they did at the direction of Mike Luhr, retired president, who emceed the christening.

Before the bottle breaking, the vessels’ captains, Kevin Poole of the Jason Luhr and Jerry Bell of the Noah P. Hays, were presented with ship’s Bibles by retired minister William Groennert.

Luhr also used the occasion to recognize 10 employees who had retired recently after a combined 366 years of service. Mike Luhr, who said he thought he had retired two years ago, topped the list at 51 years. The others, the eldest of whom started with Luhr Bros. at the bottom and worked their way up to jobs of increasing responsibility, said Luhr, were Lloyd Miller, 47; Bill Dependahl and Kenny Tobin, 45; John Kannewurf and Monte Foster, 41; Steve Glenn, 40; Anne Candler, 31; Danny Moergen, 13; and Ruthie Levin; 12.

Neither boat is new, but neither had been formally christened. The Hays was built in 1985 by Jeffboat for Luhr Bros. as the Cletus, renamed The Mule in 2005 and then Noah P. Hayes. It is a 102-foot, 3,000 hp. towboat with a retractable pilothouse.

The Jason Luhr was also extensively remodeled, except that its engines, also CAT 3512s, were rebuilt, not replaced with new ones. The boat, a conventional-type towboat constructed by Quality Shipyards in Houma, La., in 1999, measures 76 by 35 feet with 2,400 hp.

After the proceedings, Luhr Bros. treated guests to a barbecue and live country and western music.

Click the slideshow below for more photos from the ceremony. (All photos by H. Nelson Spencer) 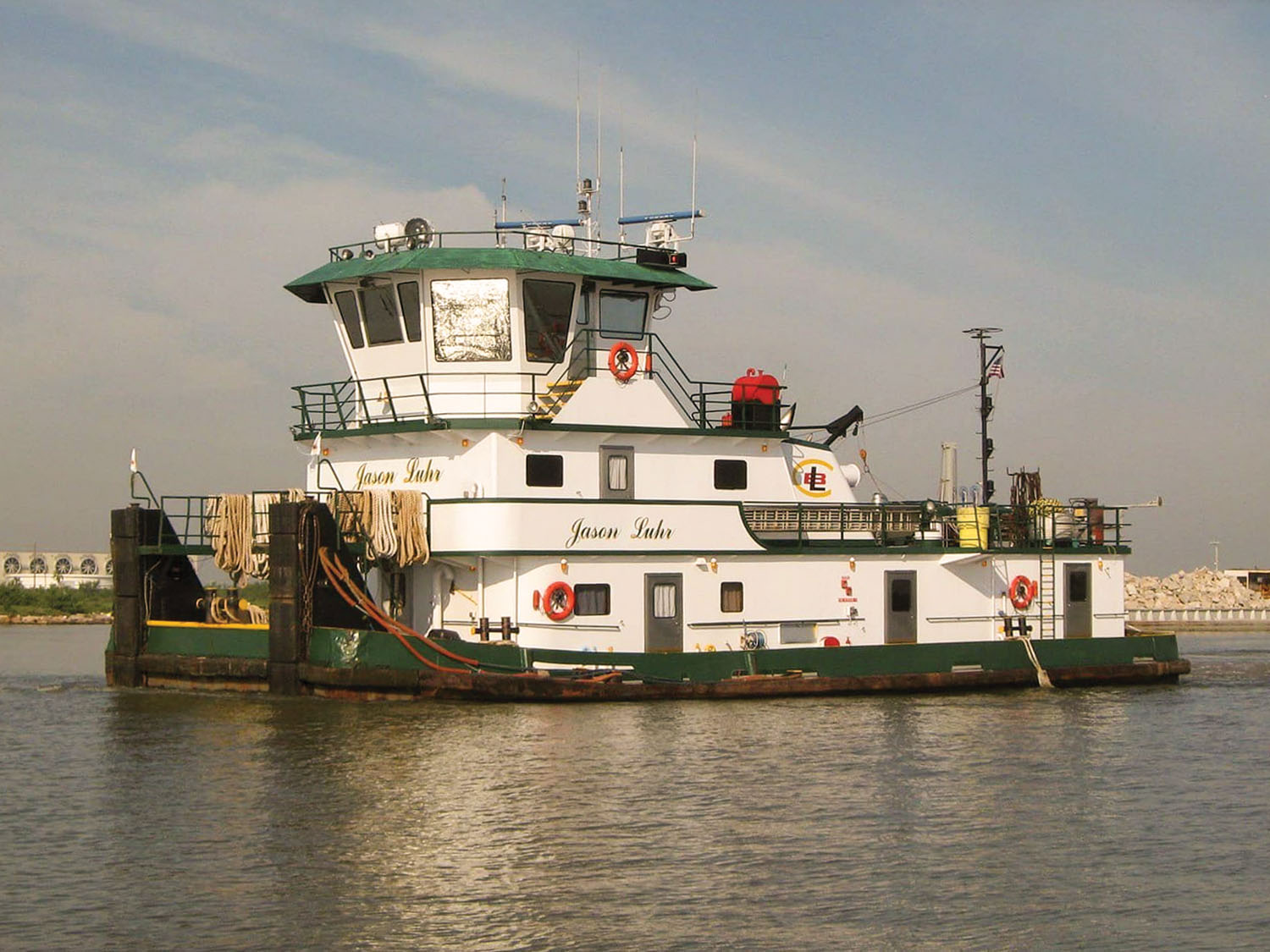 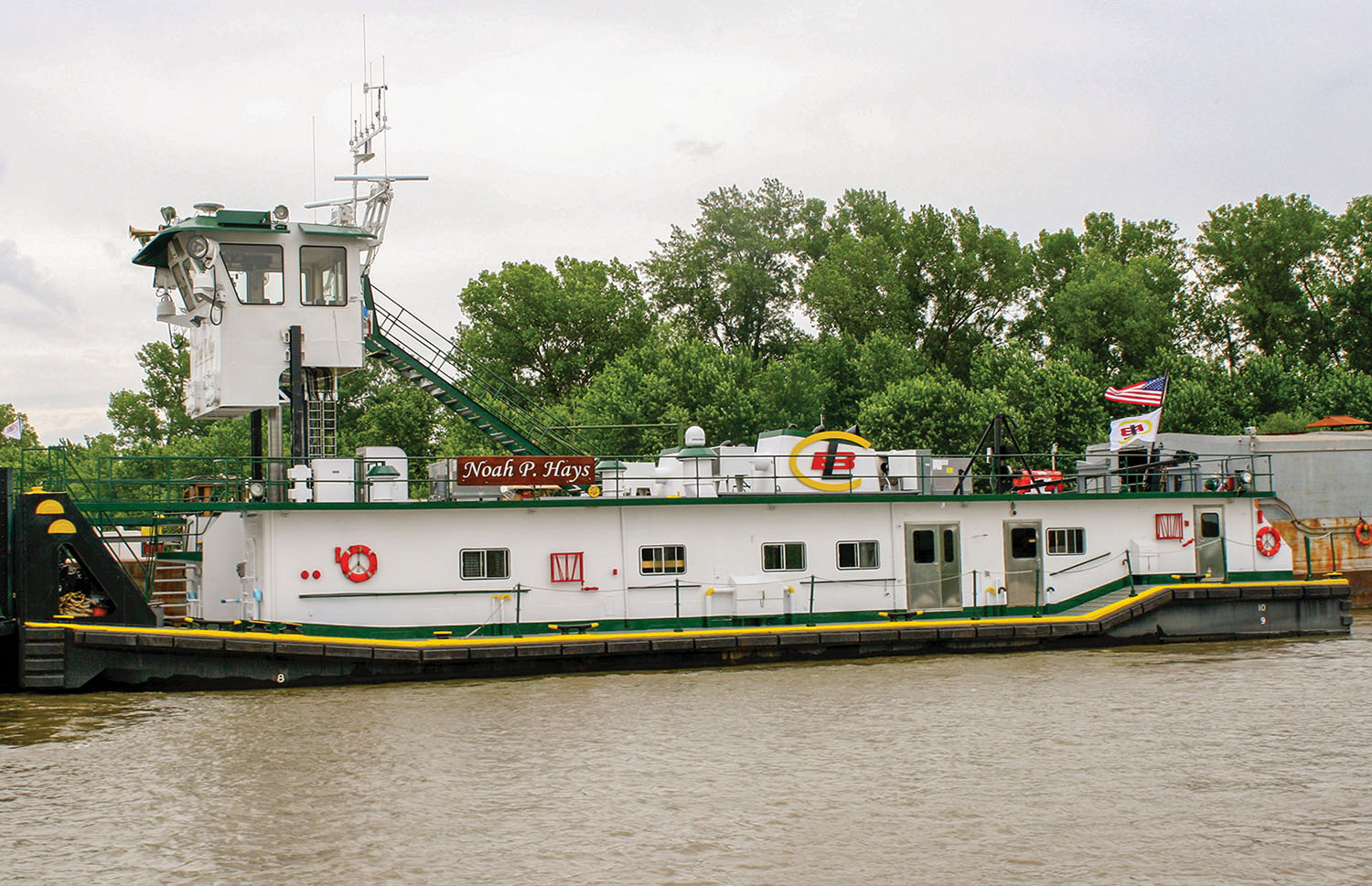 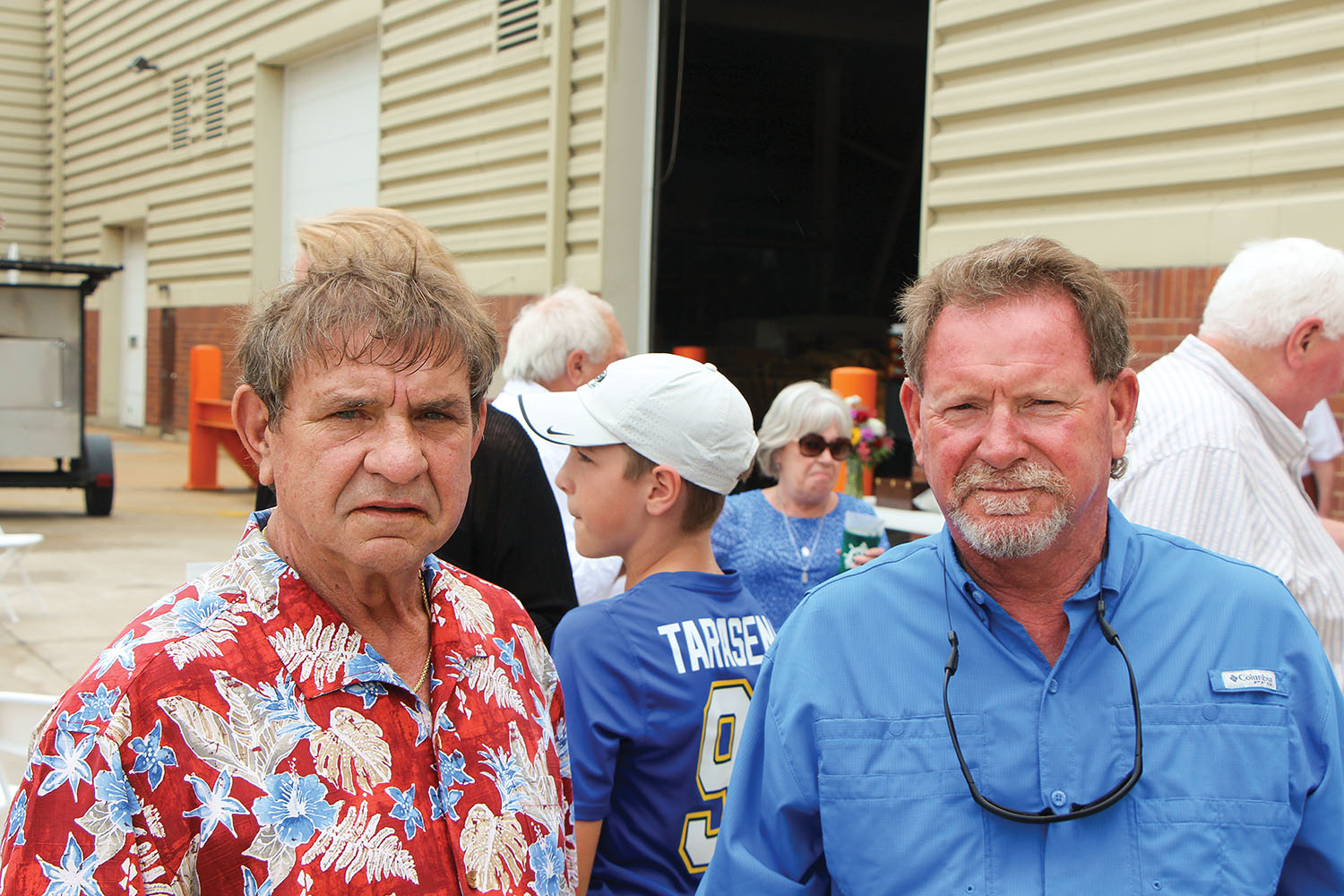 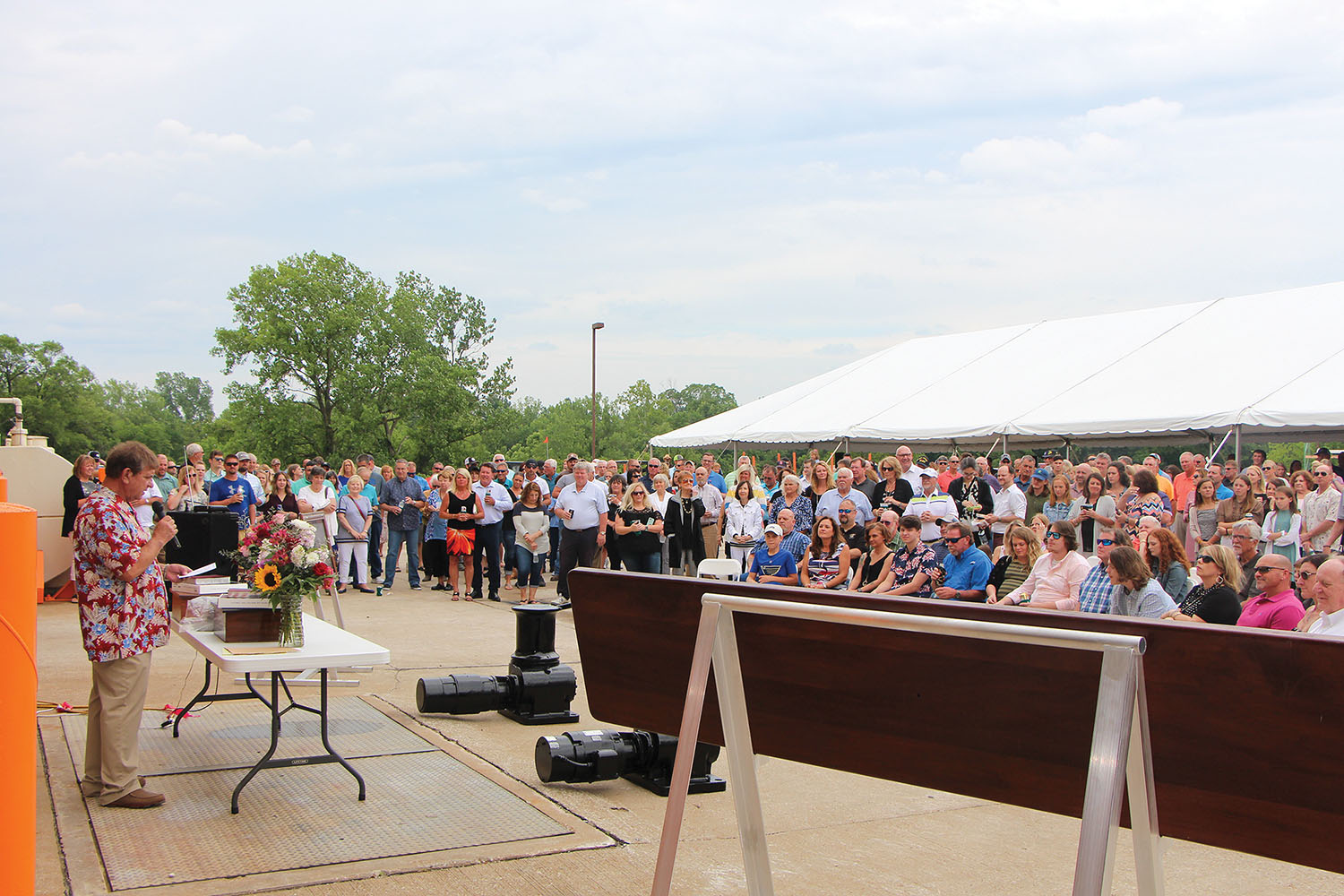 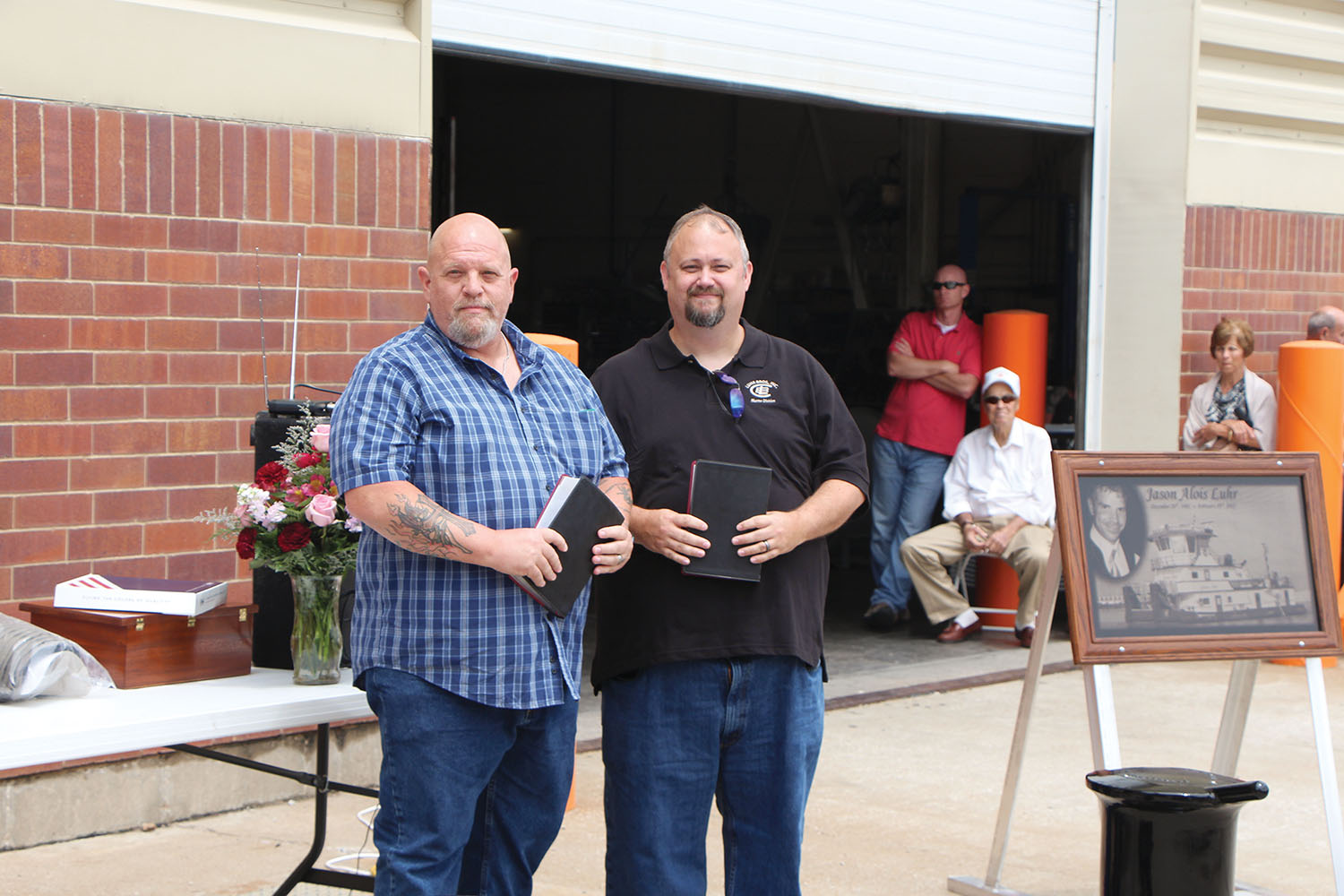 <
►
>
The refurbished Jason Luhr was built by Quality Shipyards in 1999.