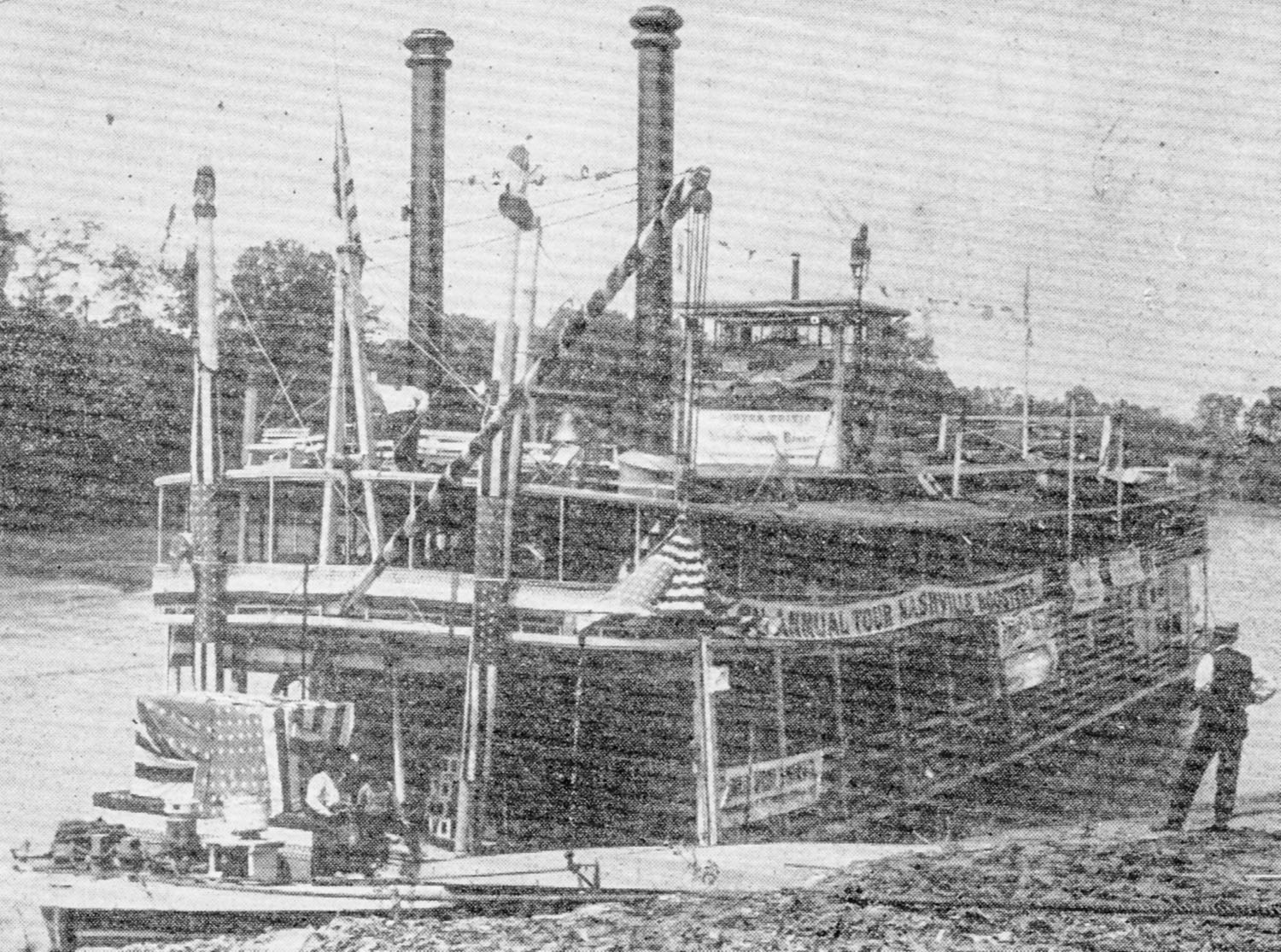 When the Ryman Line, which operated packet boats out of Nashville to the upper Cumberland valley, went bankrupt in the fall of 1916, its assets included the Henry Harley.

This sternwheeler was a product of the Howard Shipyard at Jeffersonville, Ind., built in 1898 for a contract cost of $11,750. The wooden hull measured 160 feet in length by 29 feet in width, with a depth of 3.2 feet. Two boilers (allowed 161 psi.) supplied steam to engines (built by the Charles Hegewald firm of New Albany, Ind.) having 12-inch cylinders with a 4-foot stroke. Gross tonnage was listed at 162.

Named for a Nashville merchant, the boat was constructed for Capt. J.R. Handly and his family. Handly was a former Confederate army officer who lived at Winchester, Tenn. The first master of the vessel was Capt. William Hunter, retired inspector of hulls at Nashville. The riverboat typically carried a crew of 28, excluding extra roustabouts, cooks, waiters and chambermaids.

Well known on the Cumberland, the boat lay idle for some time after the Rymans ceased business. On the night of January 13, 1917, it was moored at the foot of Broadway in Nashville when high winds caught the vessel and forced it into the bank on a rapidly falling river. A plea for assistance was sent to the steamer Herbert, which was lying below the L&N Bridge. At that time, William Fiske (later a commander in the Nashville inspection office of the Coast Guard) was engineer on the Herbert. Capt. Tom Herbert was master and quickly assembled his crew in order to raise steam on a very cold night. The ready whistle was blown at 1 a.m., but the bridge tender was unable to open the span until 8 a.m. By the time the Herbert reached the Harley, it was so badly twisted that nothing could be done; it was wrecked on the spot.

Just a month prior to this, the Harley had been beached by falling water that had carried the steamer Bob Dudley down the river to its demise. Commander J. Wylie Leek, in charge of the St. Louis inspection office, recalled that the engines from the Harley reposed on a barge at Paducah for some time and it was reported that Capt. I.T. Rhea was going to use them on the H.G. Hill.

Eventually, the Hill was fitted with the engines from the Rapids, a sternwheeler built in 1905 to run in the Paducah-Cairo trade. The Rapids was destroyed by ice at Paducah on December 12, 1917.

The summer edition of the online newsletter published by the Howard Steamboat Museum is now available. Free of charge, it can be accessed from the HSM website at www.HowardSteamboatMuseum.org. Upcoming events include a country music concert, car show, LST program and “River Ramblings” annual lecture series at which Capt. Matthew “Bubba” Dow will be the guest speaker. The recently restored 1880s carriage house on the museum campus is proving to be a big success as a rental venue, which aids in funding the museum.