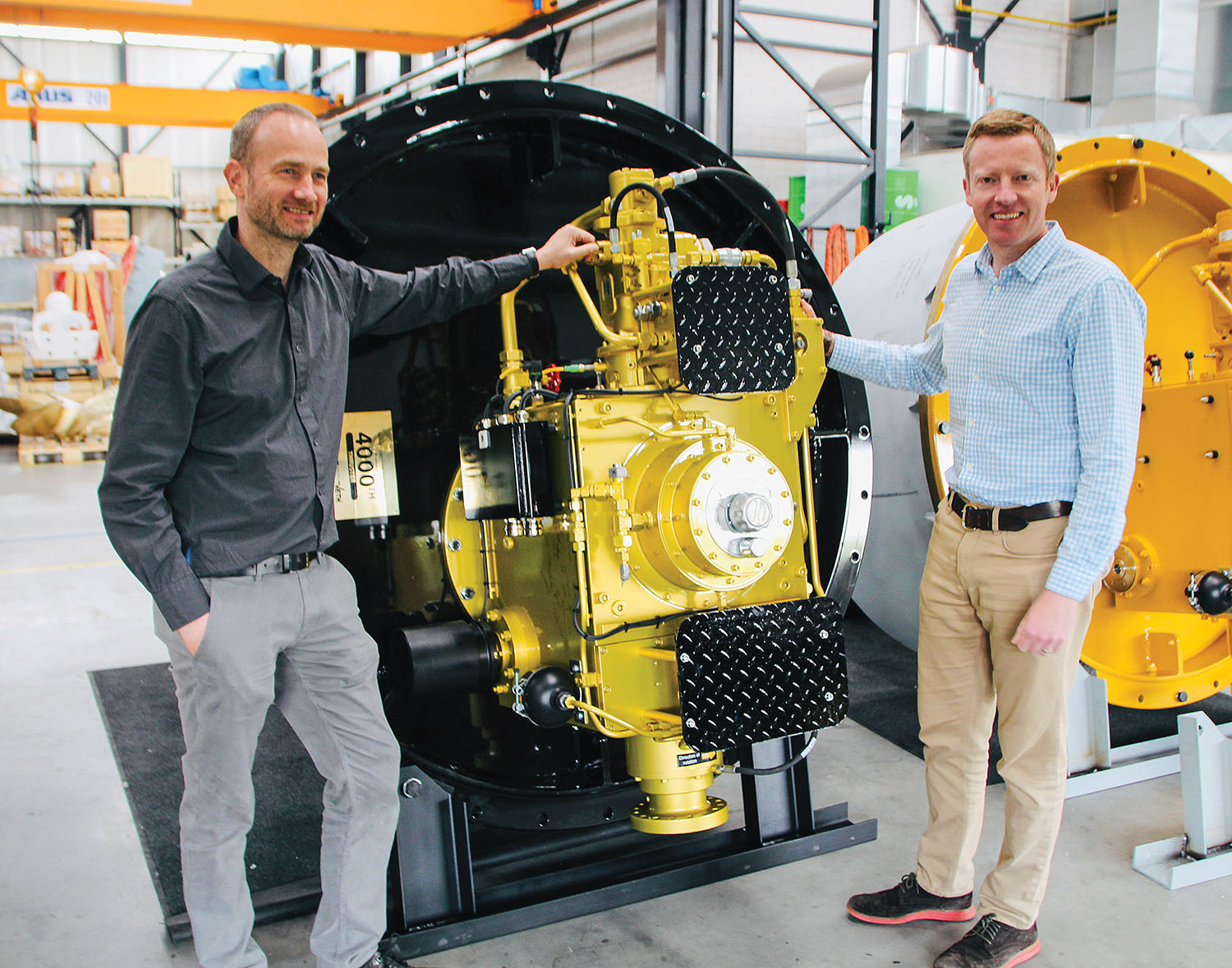 The 4,000th thruster—a special-edition, golden model—will be mounted on the Protoporos 15, one of 15 ferries owned by the Tsokos family. Each vessel in the fleet is equipped with four Veth thrusters varying from VZ-400 to VZ-550 Z-drives.

Veth thrusters suit a variety of application needs, including ferries, and can be adjusted to meet customer requirements and desired maneuverability. Veth Propulsion has been producing and delivering thrusters since the first was built in 1986. On average, 125 thrusters a year, or 2.5 thrusters a week, leave the headquarters in Papendrecht, the Netherlands, to be shipped globally.

“As proud as we are to have completed the 4,000th thruster, we are even more excited to look into the future,” said Batten. “Product innovation and unique customer requests will bring us new adventures for many more thrusters to come.”

Caption for photo (click on photo for full picture): Erik Veth (left) and Tim Batten traveled to Greece to deliver a special-edition, golden thruster, the 4,000th thruster produced by Veth Propulsion since the first was built in 1986.