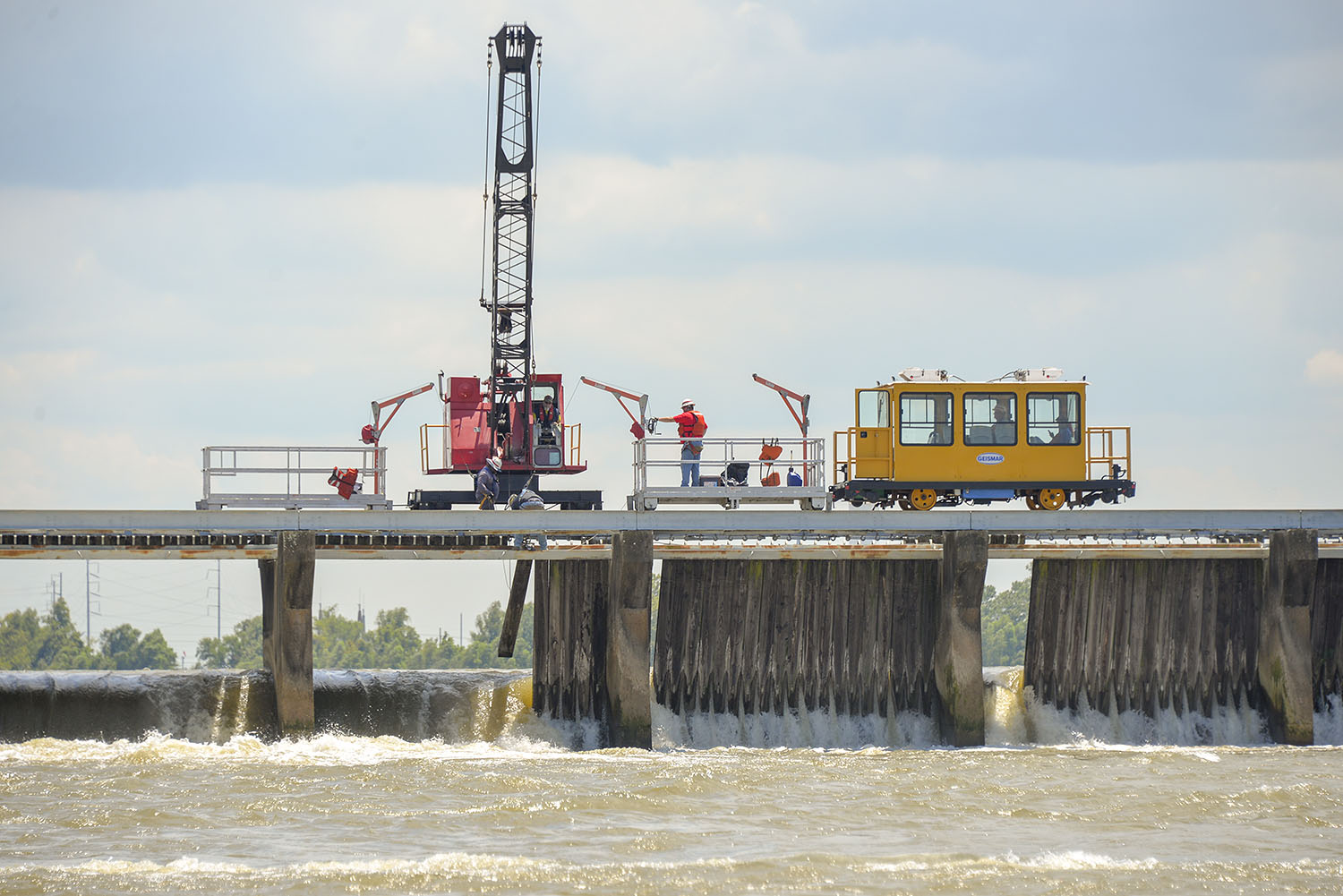 The New Orleans Engineer District has begun the long-awaited closure of the Bonnet Carré Spillway. The flood control structure, located about 33 miles upriver from New Orleans, La., diverts water from the Mississippi River to Lake Pontchartrain and onward to the Gulf of Mexico. The Corps of Engineers operates the Bonnet Carré in order to prevent the flow of the Mississippi from exceeding 1.25 million cubic feet per second (cfs.) in New Orleans.

On the morning of July 25, Corps spokesman Matt Roe said the district was on track to have the structure closed by July 28. The Corps closed 10, 22 and 42 bays, respectively, the first three days of the closure operation, he said.

The Bonnet Carré has been on a historic streak. The May 10 opening marked the first time in the 88-year history of the Bonnet Carré Spillway that the Corps has opened it twice in a year.

The first opening in this high water season lasted from February 27 through April 11, reaching a peak flow of 213,000 cfs. on March 19. In addition, 2019 marks the first time the spillway has been operated in consecutive years. The Corps has used the southernmost relief valve on the river six separate times in the past 11 years, by far its busiest decade. By comparison, the spillway was used three times in the 1970s. Otherwise, it averages one opening per decade.

While the 2019 operation of the Bonnet Carré Spillway is truly historic, the area has long served as a relief valve for the Mississippi River in times of flood.

The Bonnet Carré Spillway is located on the site of a historic crevasse on the Mississippi River which, according to the Corps of Engineers, breached at least four times between 1849 and 1882. The 1849 crevasse was 7,000 feet wide and lasted more than six months—longer even than this year’s openings.