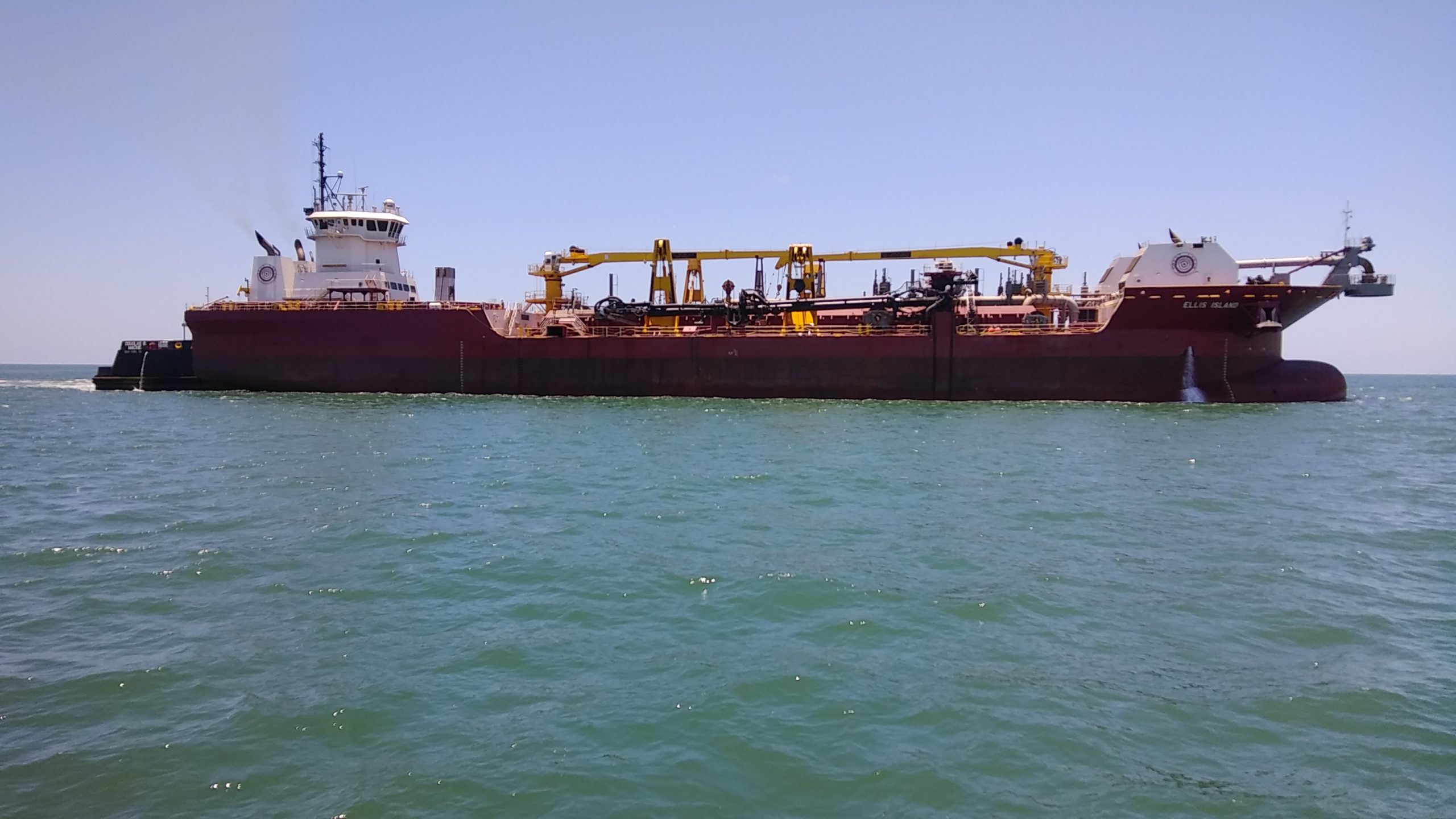 Work has begun on the first phase of the Corpus Christi Channel Improvement Project, which when complete will deepen the ship channel to between 54 and 56 feet and extend the channel an additional 10,000 feet into the Gulf of Mexico.

Current cost estimates for the entire Channel Improvement Project (CIP) range from $360 million to $370 million, with the Port of Corpus Christi responsible for about a third of the cost. From a bond sale just a year ago, the port raised more than $216 million, with a portion of that set aside for the port’s cost-share.

The U.S. Army Corps of Engineers Galveston District awarded a $93 million contract in January to Great Lakes Dredge & Dock Company (GLDD) to deepen and widen a 7.6-mile stretch of the channel from the Gulf of Mexico to Harbor Island, just above the Port Aransas Ferry Landing. From the ferry landing to the start of the ship channel, GLDD will deepen the channel from 47 feet to 54 feet. Beyond the entrance to the ship channel, the company will deepen the channel to 56 feet.

“The material varies from soft sands to highly compacted sands that have to be moved to nearby offshore disposal areas,” Hanson said.
The initial construction schedule called for completion of the entire channel deepening effort in seven years, but the Corps and port are working to shave some time and cost off the project. Hanson said the GLDD team, led by Steve Auernhamer, Gulf area manager, and Rick Elizondo, project manager, is working with the Corps to innovate on the first phase as well.

“We are working with the Corps on some efficiencies that will reduce the overall cost,” he said.

The process from conception to pumping sand has been a long one for the port. The Corps initiated a feasibility study for the project in 1990, but it took 17 years for Congress to authorize it. In 2017, the port and the Corps executed a project partnership agreement, allowing the port to contribute funds at the front end to jumpstart the channel deepening effort.

“It is actually the port that has taken the lead to provide funding to the Corps to get the job going,” Hanson said.

The channel improvement project has consistently garnered federal funding over the past year, with $13 million from the 2019 federal budget, $23 million in the Corps’ 2019 work plan, and $59 million in the Corps’ 2020 work plan. Most recently, the President’s 2020 budget proposal includes more than $53 million for the project. Still, the port’s own contribution of $132 million dwarfs that of the federal government. Hanson said that’s a nationwide trend for waterway infrastructure projects.

“That is a similar story around the country where states and ports have provided money to get projects started, and then the federal government providing the money to complete,” Hanson said. “It is an interesting dynamic, but folks at all levels are starting to understand the important role their seaports and waterways play in economic development and job creation.”