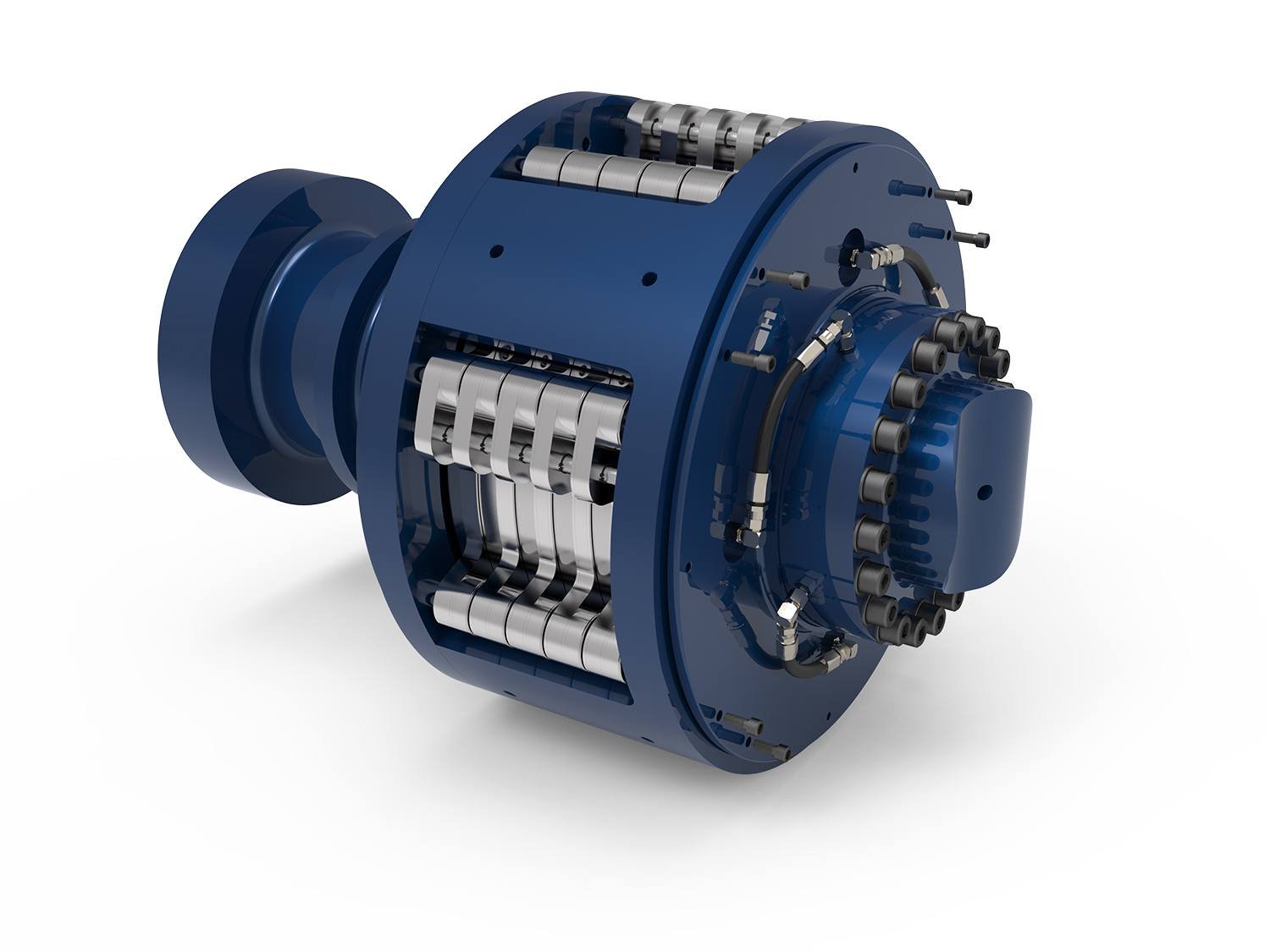 The huge power requirements and inertial loads typical of a high capacity dredge pump drivetrain are managed by the clutch assembly. The risk of a blockage in the system adds more challenges to an already demanding work environment, especially when performance and reliability are essential to dredging operations. Wichita Clutch, a brand of Alta Industrial Motion Corp., has introduced a new high energy clutch for dredging drives to reduce downtime and maximize power operation.

“The job of the clutch is to manage the load on the engine during pump start up. By allowing a longer slipping time, the engine fueling system can respond more effectively, and this can help to reduce the engine speed droop,” Andy Smith, marketing manager, marine & offshore systems, Wichita Clutch, said.

During the startup of the pump, the engine is running full or a slightly reduced idle speed, and the clutch engages under pneumatic control. The clutch slips until the pump has accelerated to the engine speed, then the clutch locks up.

The ability to slip under full load is also important if the pump gets blocked during dredging. “Another function of the clutch is to deal with the consequences of a blockage by slipping at a predetermined overload torque setting and accepting the slip energy in that moment of overload,” Smith said.

As its primary protection function, the clutch slips in order to protect the drive and driven components from torque overload.

The diesel/mechanical drive systems used by many dredgers often power both the propulsion system and the dredge pump via respective gearboxes. Large capacity centrifugal pumps have very big diameter impellers and as such, a very high inertia. A two- or three-speed gearbox can add additional inertia at start up. The clutch connecting the pump to the engine must be engineered to withstand the start duty for such a drive system.

“The clutch is the link between the power delivery system and the load,” Smith said. To start a pump efficiently, the clutch must be fine-tuned to the drive train performance.

Traditional marine propulsion and some pump drive systems use hydraulically operated and oil cooled (wet) clutches. Wichita Clutch says a dry friction pneumatic clutch works better for dredging operations. “A wet oil cooled clutch situated inside the gearbox has a much lower thermal mass than a dry pneumatic clutch,” Smith said. A dry friction clutch can slip for prolonged periods more often and can accept much higher levels of abuse without the risk of damage due to its higher thermal mass and robust design nature. In order to perform maintenance, a wet clutch inside the gearbox also requires a major strip-down .

Wichita Clutch has developed a sinter metallic friction clutch, and it says the new plate material can withstand much higher interface temperatures without breaking down when compared to more traditional organic friction clutch solutions. The new material also has an increased energy capacity, so slipping times can be extended. The ‘open ring’ design of the clutch is also extremely effective at friction dust evacuation and promotes a very high rate of cooling, which is also essential in keeping the clutch running cool under such thermal loads.

“The ability of the friction interface materials to accept high levels of energy without excessive wear will result in extended operating periods without the need for costly downtime,” Smith said.

The pneumatic clutch also has the ability to respond quickly and progressively to the controlling pressure start profile. The Wichita delivered control system similarly controls the torque profile and automatically fine tunes to match the precise diesel engine speed and power delivery.

Slippage Protection
Once the pump is up to speed and under load, the clutch, together with the integrated control system, act as a torque limiting device to protect the pump and gearbox from excessive loads resulting from a partial or complete pump blockage. The clutch can be set up to slip at a pre-determined overload limit in the event of excessive torque demand from the engine. The controls then disconnect the clutch rapidly to protect all drivetrain components including the clutch.

To allow the engine to respond to an incoming inertial load without dropping the speed too low, the clutch may be required to deliver extended slipping times. “A blocked pump during start up might also create an extended slipping event,” Smith said. “The controls are designed to detect this and abort the start as a protection feature.”

If the drag head picks up a large object during dredging, it can cause a momentary spike in power as the engine responds to the increased suction load. “This can result in over torque of the drivetrain components. It is the job of the clutch to slip at a predetermined torque level to limit the torque the drive components will see,” Smith said. The controls detect any slippage, and the clutch automatically disengages to remove any overload.
“The clutch acts like a ‘slipping fuse’,” Smith said.

Clutch size is determined by the nominal torque requirements of the drive and checked for sufficient thermal capacity to handle the start energy requirements.