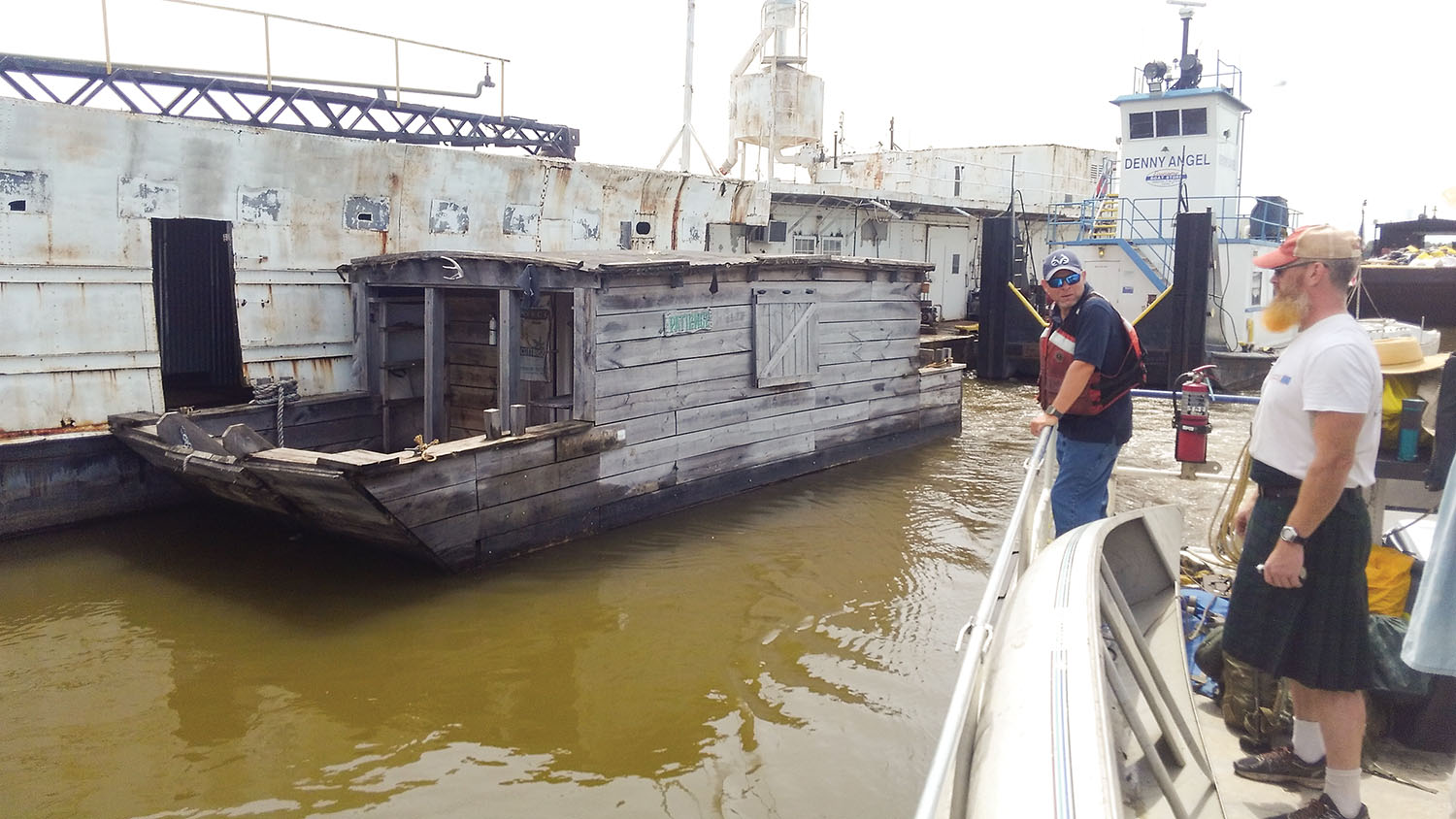 Historic Boat-Builder’s Journey And Where It Led

Mandrell is a native son of Mississippi River town Alton, Ill., and an Army veteran who has served multiple stints in both the regular Army and National Guard. He has an ongoing love of historical re-enactments and has been involved in them from a young age.

Mandrell began collaborating with the late historical replica boat-builder Glenn Bishop of St. Charles, Mo., in 1996 in anticipation of the 2003–2006 bicentennial commemoration of the Lewis and Clark Expedition. Mandrell worked for the National Guard Bureau in Washington, D.C., during the bicentennial. He portrayed Meriwether Lewis and served in a leadership role for the commemoration.

Bishop built several historically accurate wooden vessels replicating those used on the expedition by Lewis, William Clark and their companions up the Missouri River beginning in 1804. Bishop’s replicas are on display at the Lewis & Clark Museum in St. Charles.

His replica Lewis and Clark boats have also appeared in several documentaries and feature films, including Ken Burns’ “Lewis and Clark”; the filmed version of “Undaunted Courage,” historian Steven Ambrose’s book on the same topic; and the Chris Farley parody of the voyage, “Almost Heroes.”

Mandrell soon became one of Bishop’s apprentice boat-builders, starting with whatever tasks he was allowed to do and learning “whatever he could teach me,” he told The Waterways Journal.

A.C. “Butch” Bouvier, of Onawa, Iowa, built a replica of a Lewis and Clark keelboat that has been displayed at various locations associated with their mission. In 2009, Bouvier was given a Meritorious Achievement Award by the Lewis and Clark Trail Heritage Foundation.

One of Mandrell’s boats was built on request for a New York writer who wanted to take a flatboat trip from Pittsburgh to New Orleans and write about it. Named the Patience, it is not a replica of any of the boats used in the 1804 expedition.

“Meriwether Lewis was serving as governor of Louisiana and in 1809, he hired another flatboat to take him to New Orleans. At Memphis, he left the boat to continue the journey by horse east to the Natchez Trace, where he died,” Mandrell explained.

Fast-forward to the spring of 2019. Mandrell and a group of friends were taking the Patience for delivery to the Mud Island River Museum in Memphis, Tenn.

This would have been the second boat they have delivered to Mud Island. But they were sidetracked by this spring’s historic high water.

“I know that during the old days of flatboating, they rode the crest. They built many boats on the riverbank and just waited for the high water to float them off,” said Mandrell. “But the river’s different today, with lots of man-made infrastructure. We judged it was more prudent to tie up and wait.”

Mandrell and his flatboat wound up at the dock of Economy Boat Store in Wood River, Ill., where the crew witnessed Economy teams serving towboat crews that were also immobilized by the high water. He has nothing but praise for Economy’s teams.

“Economy went out of their way to help us,” he said. “They are an amazing entity. They were so kind and helpful to us, and it really opened our eyes to see how they connected the towboat crews to the rest of the world with fuel and supplies. We heard many stories about how Economy crews helped river guys during the flood. I remember there was an asphalt barge trapped between Lock 26 and Lock 27, and they had to keep it supplied with fuel to keep the asphalt warm and liquid,” said Mandrell.

Mandrell has decided to build another boat for the Mud Island Museum. At first, he planned to donate the Patience to Portage des Sioux, Mo., but circumstances kept that from being practical at current river stages.

The Patience finally left the Economy Boat dock on July 30, after a tricky operation that required some help.  For now, the Patience is moored at the private property of a friend of Mandrell’s at Piasa Creek in Illinois across from Piasa Island in the Mississippi River. A nearby site, Piasa Harbor, is operated by the Great Rivers Land Trust.