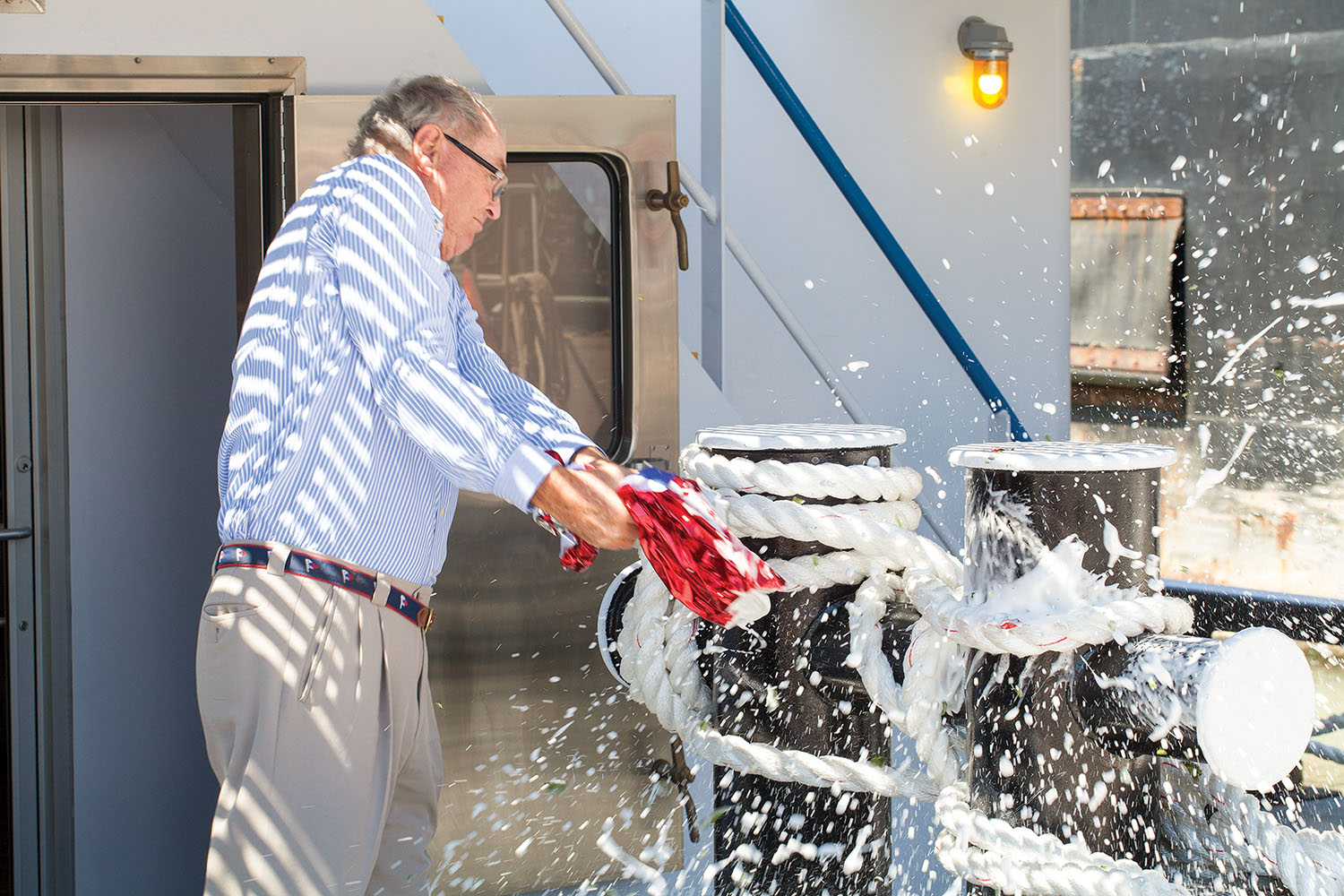 Measuring 84 feet by 32 feet with a molded depth of 11 feet, the G. Brooks Sperry is named for the father of Maritime Partners co-founder and Chief Operating Officer Austin Sperry.

“The G. Brooks Sperry is named after Austin’s father, and we couldn’t be prouder that our first vessel delivered to Maritime Partners was chosen by Austin for this honor as a tribute to his dad,” said Gasper D’Anna, president of John Bludworth Shipyard.

With his father looking on, Austin Sperry recounted stories from his high school and college days, including when he dropped out of college to compete as a member of the U.S. Olympic team. He competed in the double handed men’s keelboat event in the Star Class during the 2008 Summer Olympics in Beijing, China. In each case, Austin Sperry thanked his father for his love and mentorship in those foundational years, which helped shape him into the family man and business leader he is today.

“For a good 25 years of my life, I was so poor I couldn’t pay attention,” he said, “but all those lessons early on, when my father wouldn’t bail me out of any problem, really helped instill a ‘never quit’ work ethic, and I learned to develop an incredible amount of persistence. These lessons and principals ultimately help guide my life and have assisted in where Maritime Partners is now, with my business partner and the direction of our business.”

G. Brooks Sperry served four years in the U.S. Army as a helicopter pilot. He was awarded the Distinguished Flying Cross for heroism while serving in Vietnam. After his military service, he joined the investment firm of Merrill Lynch, Pierce, Fenner & Smith Inc., where he spent 25 years and retired as senior vice president. Now, G. Brooks Sperry lives in Northern California, where he spends time sailing and playing classical piano.

Addressing the crowd gathered for the christening, Sperry’s father first introduced himself.

“I’m G. Brooks Sperry,” he said. “I won’t tell you what the ‘G’ is because I never liked that name in the first place.”

“George,” Austin Sperry interjected, evoking laughter from the crowd and a quick “Thanks” from his father.

With the vessel bearing his name moored just behind him, G. Brooks Sperry heaped praise on both the vessel and the shipyard that built it.

“I’m so impressed by the quality of this boat,” he said. “I’m a sailor all my life. I’ve been on a lot of boats over the last 50 years, and this is one of the finest. I call it a yacht.”

He went on to thank and congratulate everyone who had a hand in building the mv. G. Brooks Sperry.

“I know how hard you have to work to do this,” he said. “The welders, the fitters, the electricians, you name it, and I thank you.”

Karl Senner also provided the Aventics Controls aboard the G. Brooks Sperry, while Premium Electronics supplied the radar, radios, AIS and GPS aboard the vessel.

“The G. Brooks Sperry is state-of-the-art equipped and follows the tried-and-true design of Mr. Johnny Bludworth,” said Raymond Butler, vessel representative for Maritime Partners. “These hulls are unique to the industry, employing a ‘double chine’ construction, which streamlines water flow to the wheels and makes for a very efficient, highly maneuverable hull.”

The mv. G. Brooks Sperry is on long-term charter to Florida Marine Transporters, with Capt. Bradley Landry serving as captain.

Austin Sperry and company CEO Bick Brooks founded Maritime Partners in 2015 with a single towboat. From that point and in only four years, the company has exploded with growth.

Maritime Partners anticipates the second vessel coming online from John Bludworth Shipyard in October, with the other four delivered about every two months thereafter.

Besides its new construction projects, John Bludworth Shipyard offers repair services for both inland and offshore vessels and barges with its 4,000-ton drydock and dockside facilities.

Click below for a slideshow with more photos from the christening ceremony: 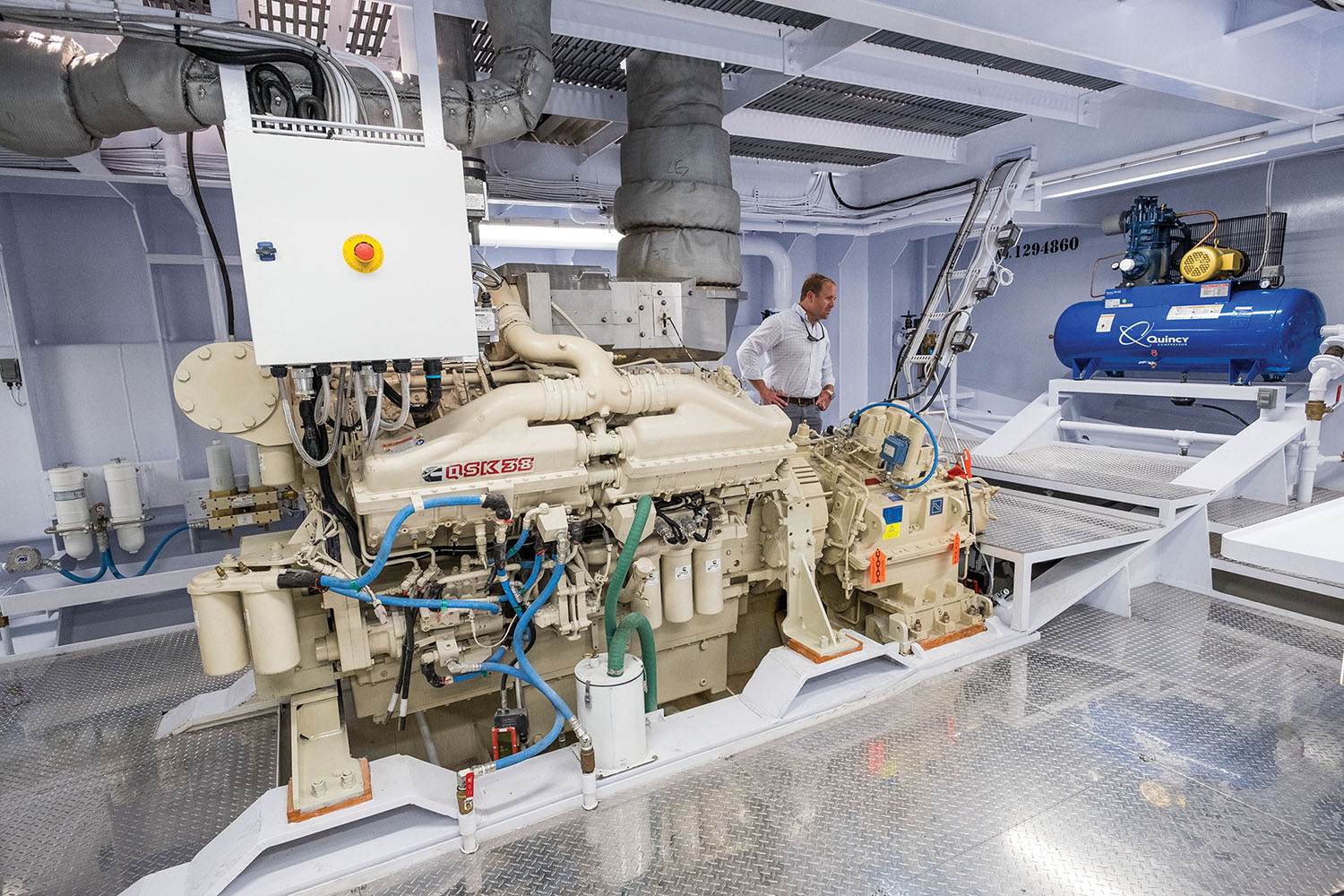 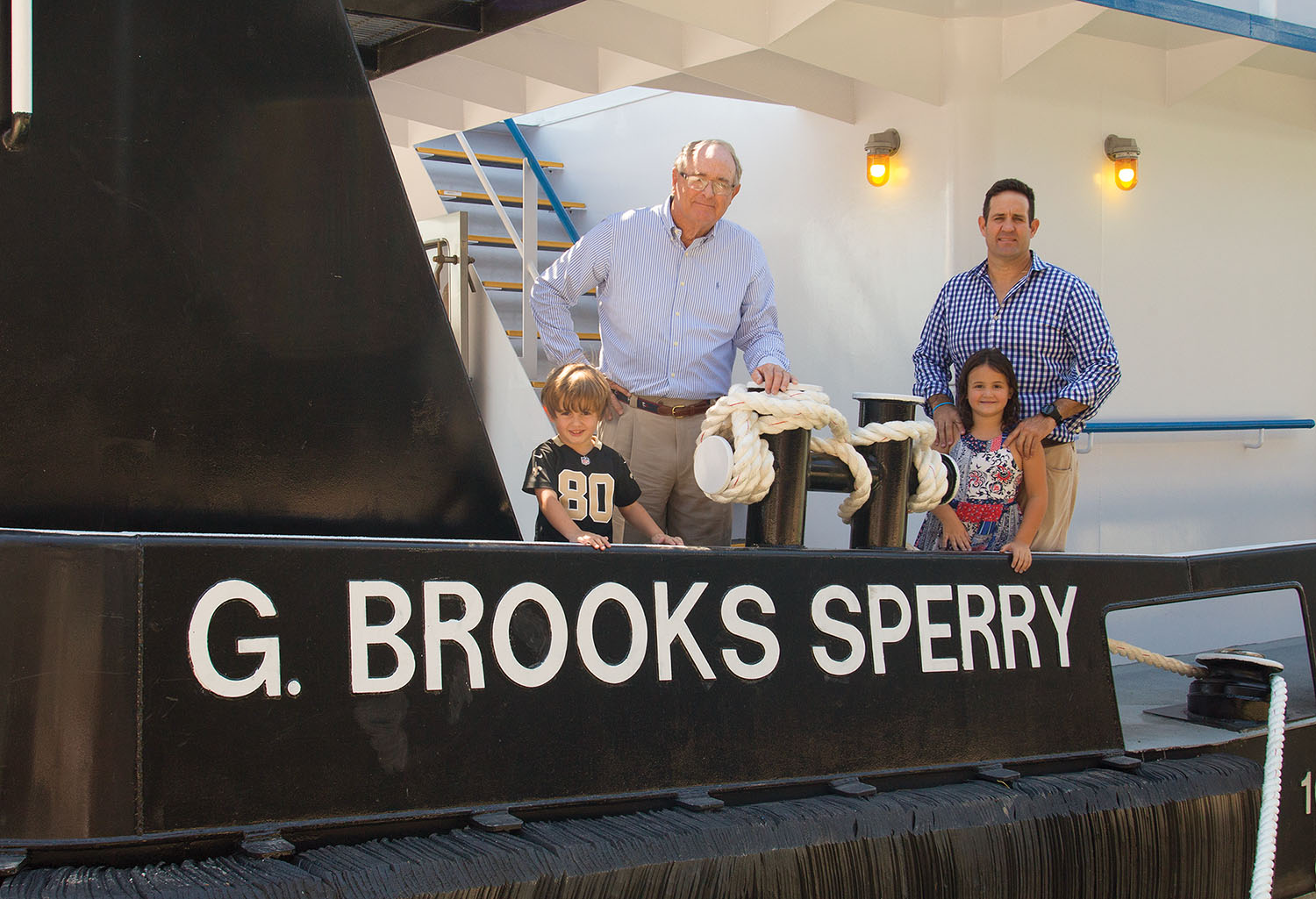 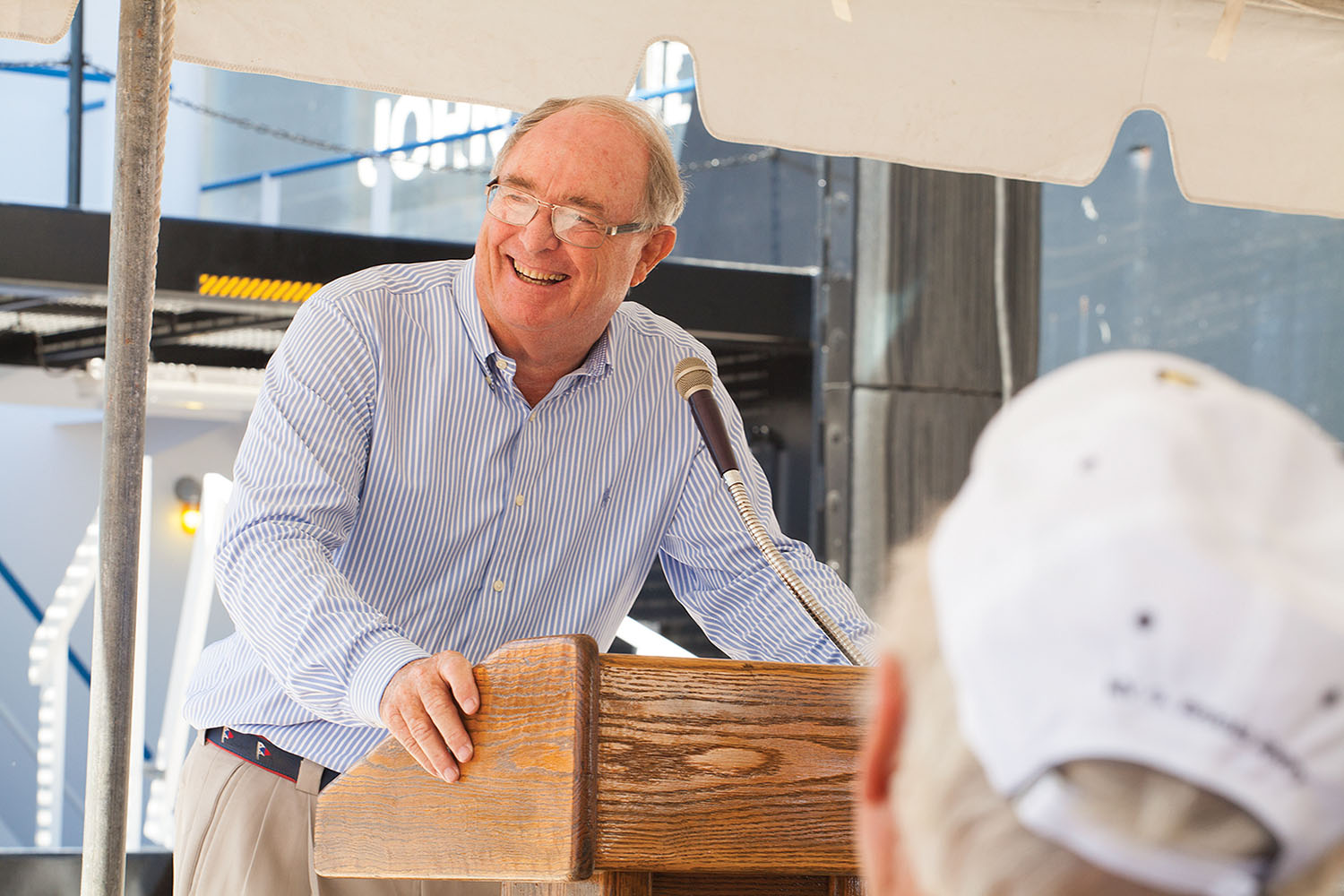 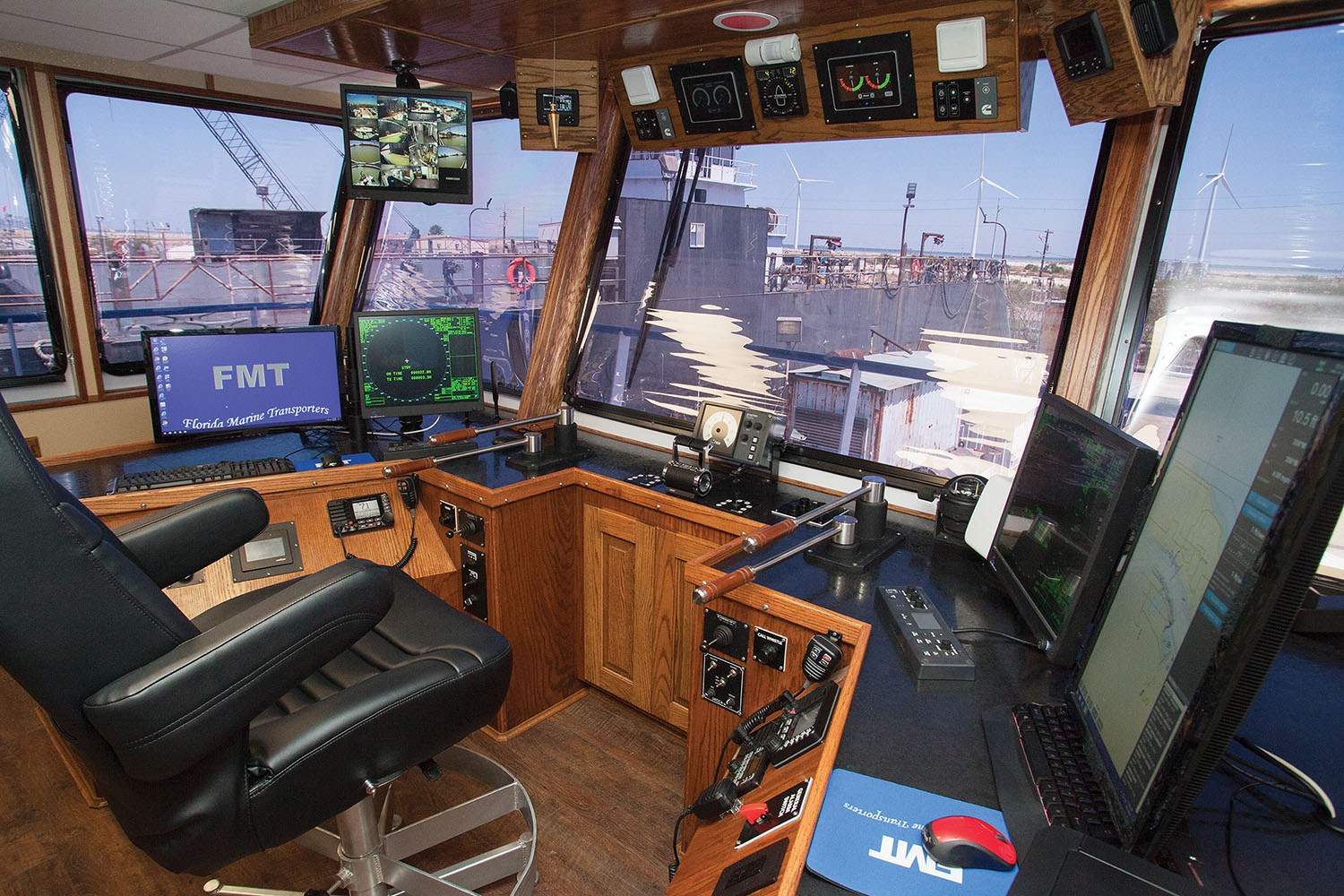