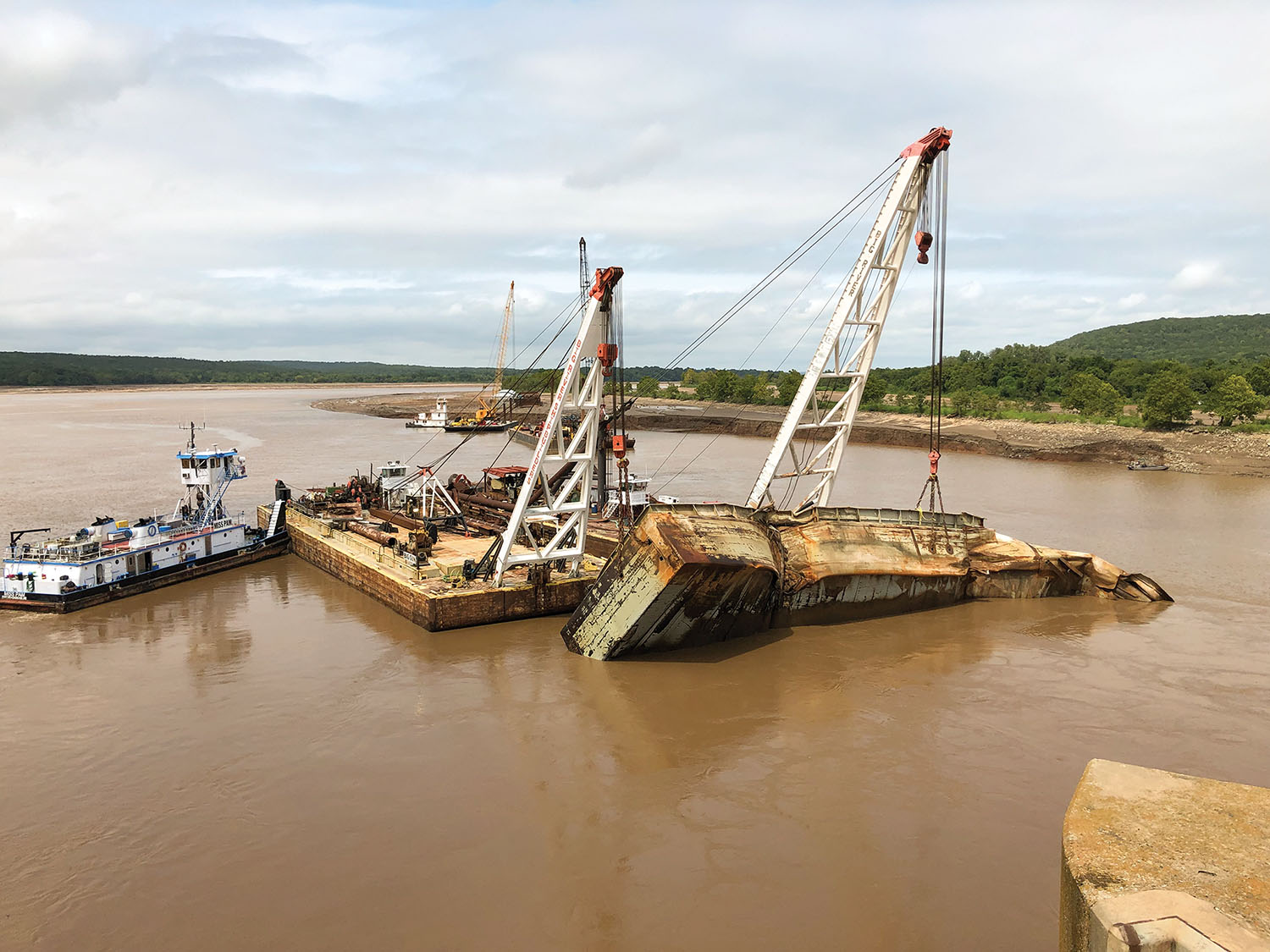 Salvors have removed the second of two barges that had been lodged against Webbers Falls Lock and Dam on the Arkansas River since May.

Rob Steiner, navigation operations manager for the Tulsa Engineer District, told The Waterways Journal that the second barge was successfully lifted on the morning of September 4. The salvor is Big River Shipbuilders of Vicksburg, Miss., and its partners.

The salvor had brought up a special piece of equipment called a shearer, commonly used on blue-water oil rigs, to see if the barges could be cut up in place. But in the end, the two barges were raised intact and brought upstream about 1,000 feet, safely away from the channel, where they will be dismantled and scrapped, said Steiner.

The barges lodged against the dam after breaking loose from a fleeting area during historic high water and flooding. Footage of the barges racing downriver and striking the dam briefly went viral on social media, and nearby residents feared the dam might not hold.

Steiner said teams would assess damage to the lock’s pier on the spillways. He had no estimate of when the lock might reopen to traffic.