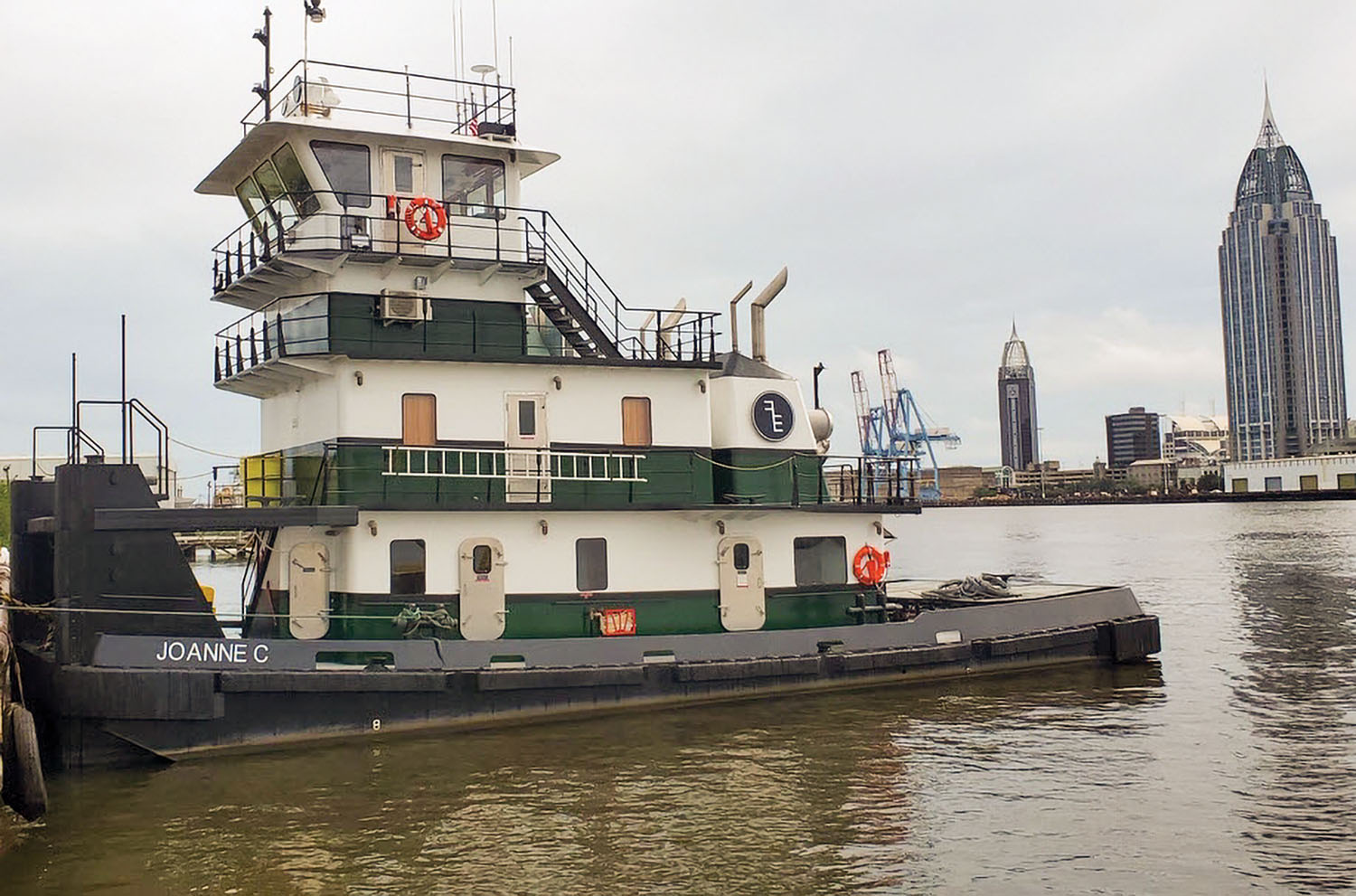 Blakeley BoatWorks, a Cooper Group-affiliated shipyard on the Mobile River, has delivered the third in a series of three towboats for Plimsoll Marine. Named the Joanne C, the vessel was designed by Farrell & Norton Architects and measures 70 feet by 28 feet with a molded depth of 10 feet and a draft of 8 feet.

Fendering aboard the Joanne C is by Schuyler Companies. The vessel features paint from Sherwin Williams, gridcoolers from Fernstrum, and two Wintech 40-ton deck winches. The vessel’s switchboard is by Rio Controls & Hydraulics, while its radar, AIS, bridge alarm system, GPS and transducer are from Furuno. Bozant Glass supplied the vessel’s front window and Window Wiper Technologies supplied the wipers, while Dale’s Welding supplied the aluminum doors.

The mv. Joanne C is named after Joanne Cooper. She is the wife of David J. Cooper Sr., vice chairman of Cooper/T. Smith.

Blakeley BoatWorks is building a fourth towboat for Cooper Marine & Timberlands (CMT), which is also a Cooper company based in Mobile, Ala. It will be larger than the previous three and is believed to be one of the first Tier 4-compliant towboats on the river. The vessel will be 110 feet long and have 3,400 hp., powered by twin Cat 3512E engines.

It is expected to join the 20-some-odd shifting and fleeting vessels in CMT’s fleet in August 2020.