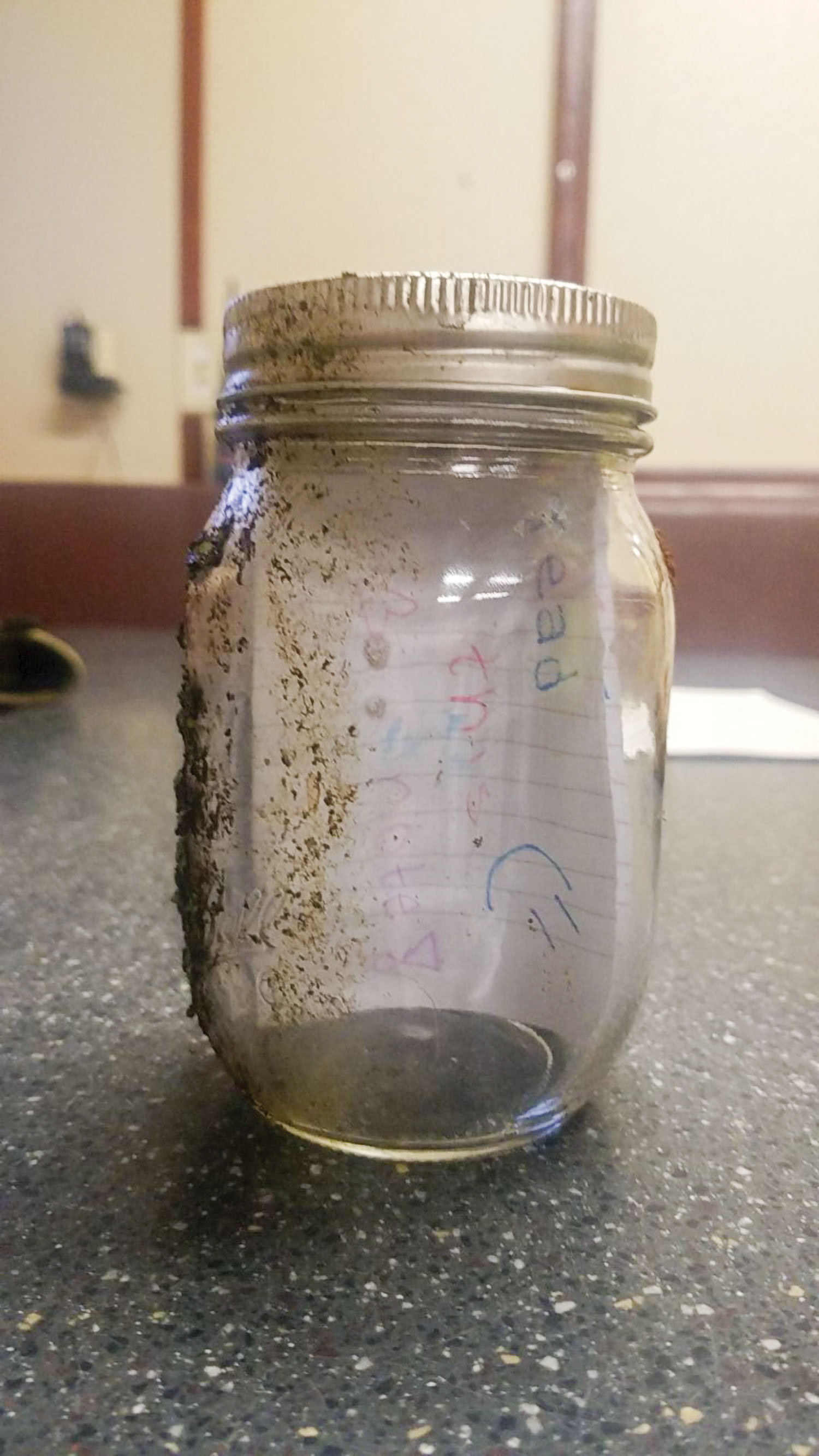 Deckhand Hauls In Message In A Bottle

Many people dream of writing a letter, placing it in a bottle and tossing it into a river, ocean or sea, with the letter’s final destination and recipient unknown. Some follow through on that dream. Fewer still have actually found a message in a bottle.

But how rare is it for the sender and the finder of a message in a bottle to actually connect?

That’s just what happened this summer on the Upper Mississippi River. Back in June, a trio of Wisconsin middle schoolers decided to cross something off their “bucket list” by placing three gel-penned letters in a jar and tossing it in the river. Their letters were dated June 30. More than a month later, Zach Green, a deckhand aboard Brennan Marine’s mv. Megan McB, and his crewmates hauled in the bottled message near La Crosse, Wis., while on watch the night of August 12.

“We were switching a dock and saw some trash floating in the water,” Green recalled. “We fished it all out of there, because we were in a spot where we could get the trash out of the water. Low and behold, there was this jar with the messages in it.”

Green said he and his crewmates were awestruck when they realized they’d pulled an actual message in a bottle from the river.

“We were all amazed that we found something like that, because it just doesn’t happen,” Green said. “We took it up to the wheelhouse.”

Inside were three notes from three friends upriver.

“Hello to whomever finds this!” one letter began.

“We did this to cross off something on our bucket list!” another letter said. “I’m currently 13 years old. I play softball, volleyball, basketball and track! And I loooove summer!”

“I hope you have an amazing rest of your day,” the third letter stated.

Each letter included the writer’s phone number and a request for the finder to reach out via text.

That very night, Green sent a group text to the three friends.

“We would like other people to find it!” the person replied.

Green said that’s exactly what he and his colleagues did, although they were sure to block out the phone numbers.

“They’re just too young to be putting their numbers out there, in my opinion,” Green said. “I put their notes back in there, but I scribbled out their numbers. I also put a note back in there with my number. I said, ‘Found in the south end of La Crosse.’ I put my name and my crew members’ names and the date. The next day I had off I went and put it back in the river.”

In the modern world of wireless communication, people are drawn to mobile apps like Twitter, TikTok, WhatsApp and SnapChat—along with basic, old-fashioned texting and email—that offer an instant connection to people separated by miles, timezones and even oceans.

And while the message in a bottle isn’t fast by any means, its story goes back thousands of years.

Researchers as far back as Theophrastus in 310 B.C. have used bottled messages to track weather patterns and water currents. Explorers like Christopher Columbus have tossed bottled messages into the sea in case of disaster. Modern pop culture artists like Sting and the Police and author Nicholas Sparks have used the “Message in a Bottle” to symbolize loneliness and heartache.

Now in 2019, three middle school friends and a crew of towboaters in Wisconsin prove the mystery and tradition of placing a message in a bottle and entrusting it to the current is still alive and well.