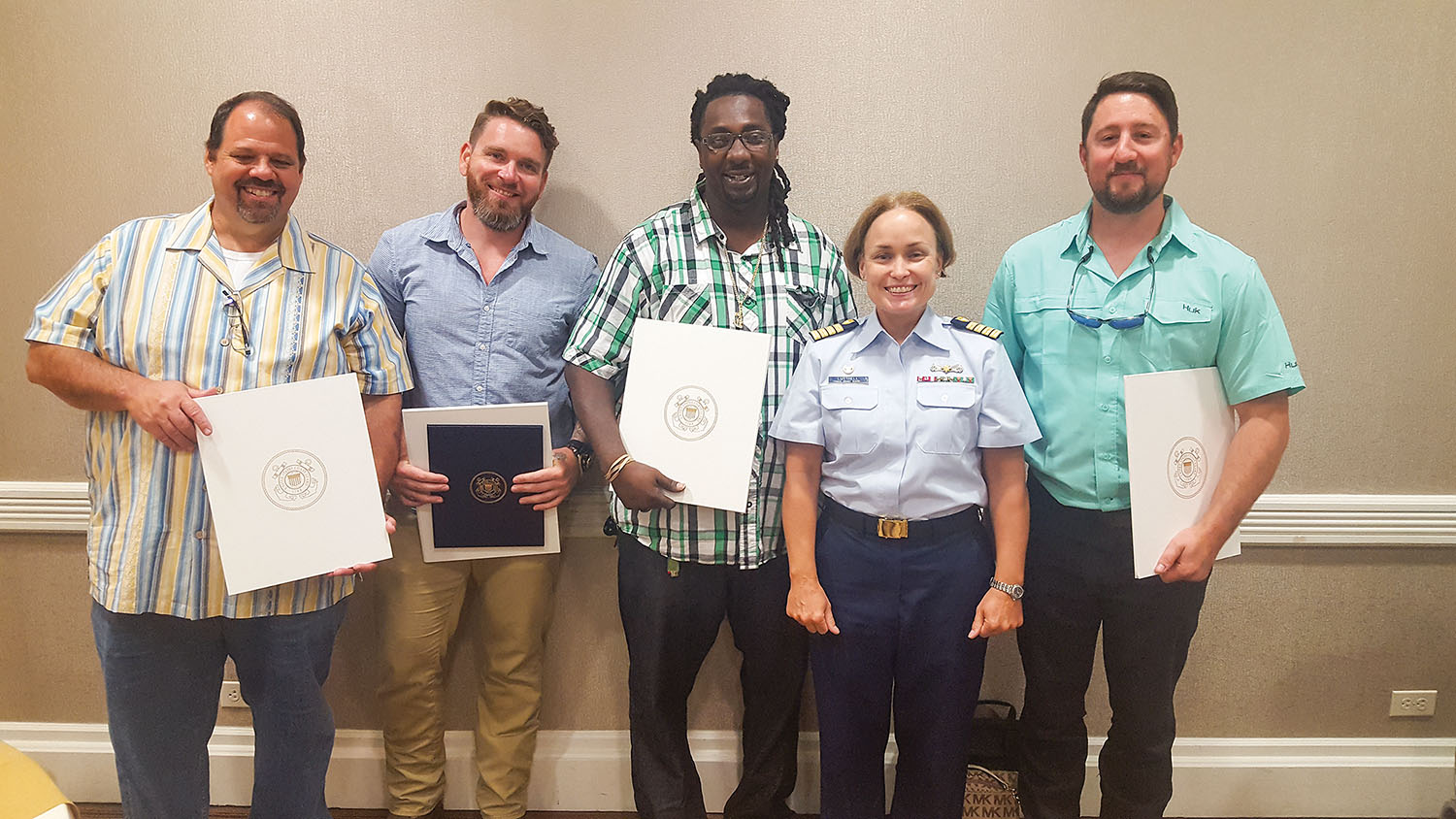 Crew members on the Z-drive ship assist tug Archie T. Higgins each received a Coast Guard Certificate of Merit from Capt. Kristi Luttrell, Captain of the Port of New Orleans, for assisting the excursion boat Creole Queen when it lost power in the port on June 19, 2018.

First to respond to the distress call, the Archie T. Higgins put up a line and held the Creole Queen until joined by the tug Safety Pride. Together, the tugs towed the Creole Queen with 273 passengers on board three miles through dense harbor traffic to its Poydras Street dock.

The Archie T. Higgins was able to hold the passenger vessel “even though the towing vessel was dwarfed in size by the Creole Queen,” the certificate said.

“The exceptional skills and selfless actions of the Archie T. Higgins’ crew protected the 273 passengers onboard the Creole Queen, ensured the safety of the Lower Mississippi River in the busy New Orleans area and set the example of how to respond to vessels in need,” the certificate said.

The award was presented to the crew at an annual captains’ meeting of E.N. Bisso & Sons Inc. held at the New Orleans Airport Hilton on September 19.

According to the certificate, the Creole Queen “experienced a full loss of power on both of their generators, leaving the ship without electrical power or propulsion on a busy section of the Mississippi River. The Creole Queen activated their emergency plan and made a radio call to request assistance.”

Sheffield called it “just another day on the river. We heard a call for help and my guys did what they are trained to do.”

“There is a lot of competition between companies on the Mississippi River, but when an emergency happens, the crews from different companies all work together,” Luttrell said. “It happens a lot on the river, probably a lot more than we at the Coast Guard hear about.”