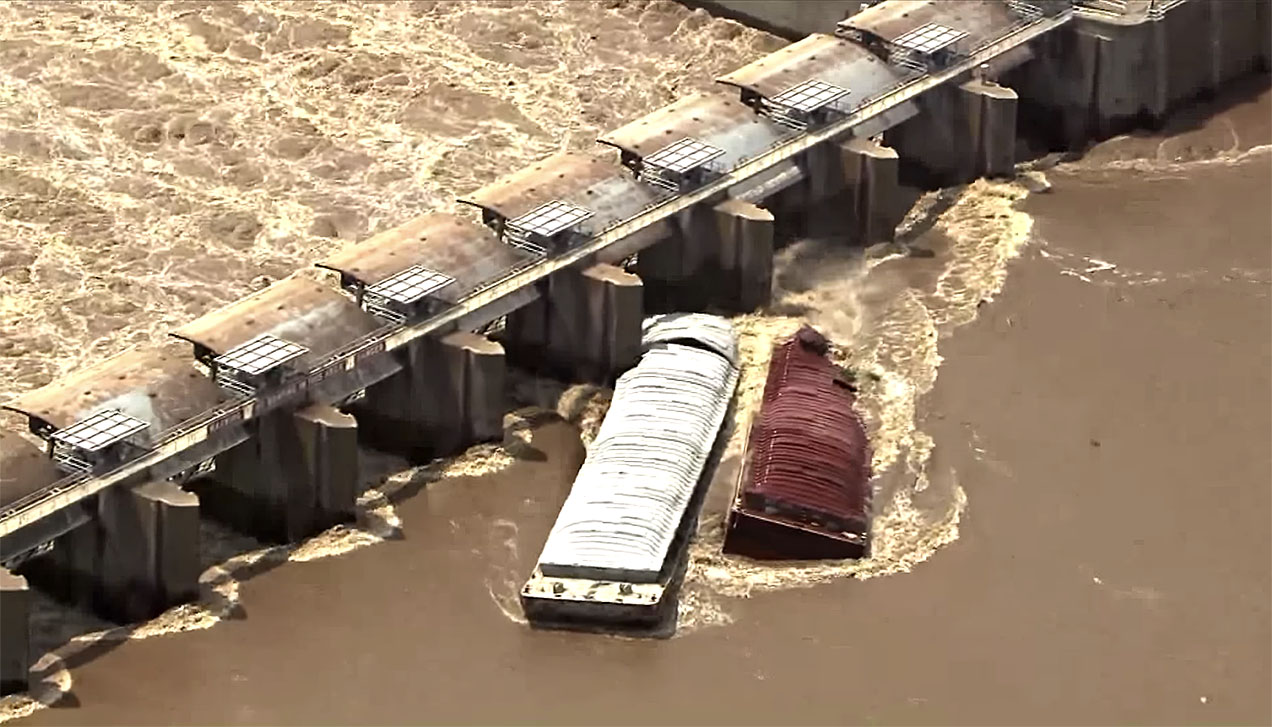 Four months after a barge strike at a dam closed the upper reaches of the McClellan-Kerr River Navigation System to navigation, the system reopened on September 30.

The news was welcome to shippers, who were unable to ship by barge on the upper section of the system during that time.

The closure was due not just to flooding alone, but to the recovery operations for two barges that broke loose during high water and struck Webbers Falls Lock and Dam before sinking. To facilitate their recovery, the Tulsa Engineer District lowered pool levels in Pool 16.

“The port of Muskogee probably got hit the hardest” of any port on the system, said David Yarbrough, executive director of the Tulsa Port of Catoosa. The Tulsa port is the head of navigation of the McClellan-Kerr Arkansas River Navigation System, a 445-mile waterway that links the Verdigris and Arkansas rivers, the Arkansas Post Canal, the White River, and the Mississippi River.

Yarbrough said about 430 barges were idled above and below Webbers Falls during the 140-day shutdown. The waiting barges had been tied up at various fleeting areas. Further down the Arkansas River, some navigation has already been happening to and from the Port of Little Rock.

Yarbrough estimated the cost of the damage to the Tulsa port and its tenants—including direct infrastructure damage and increased transportation costs—at between $83 million and $100 million. He said several large shippers incurred additional transportation costs of $5 million and upwards due to the shutdown. The Port of Catoosa saw its first inbound barges since the closure on October 1, receiving five 6-barge tows.

Yarbrough said the Tulsa and Little Rock Engineer Districts have both submitted supplemental dredging requests and have been told the money is available.

Caption for photo: Screen shot of KFOR-TV video of barges hitting Webbers Falls Dam on May 23.