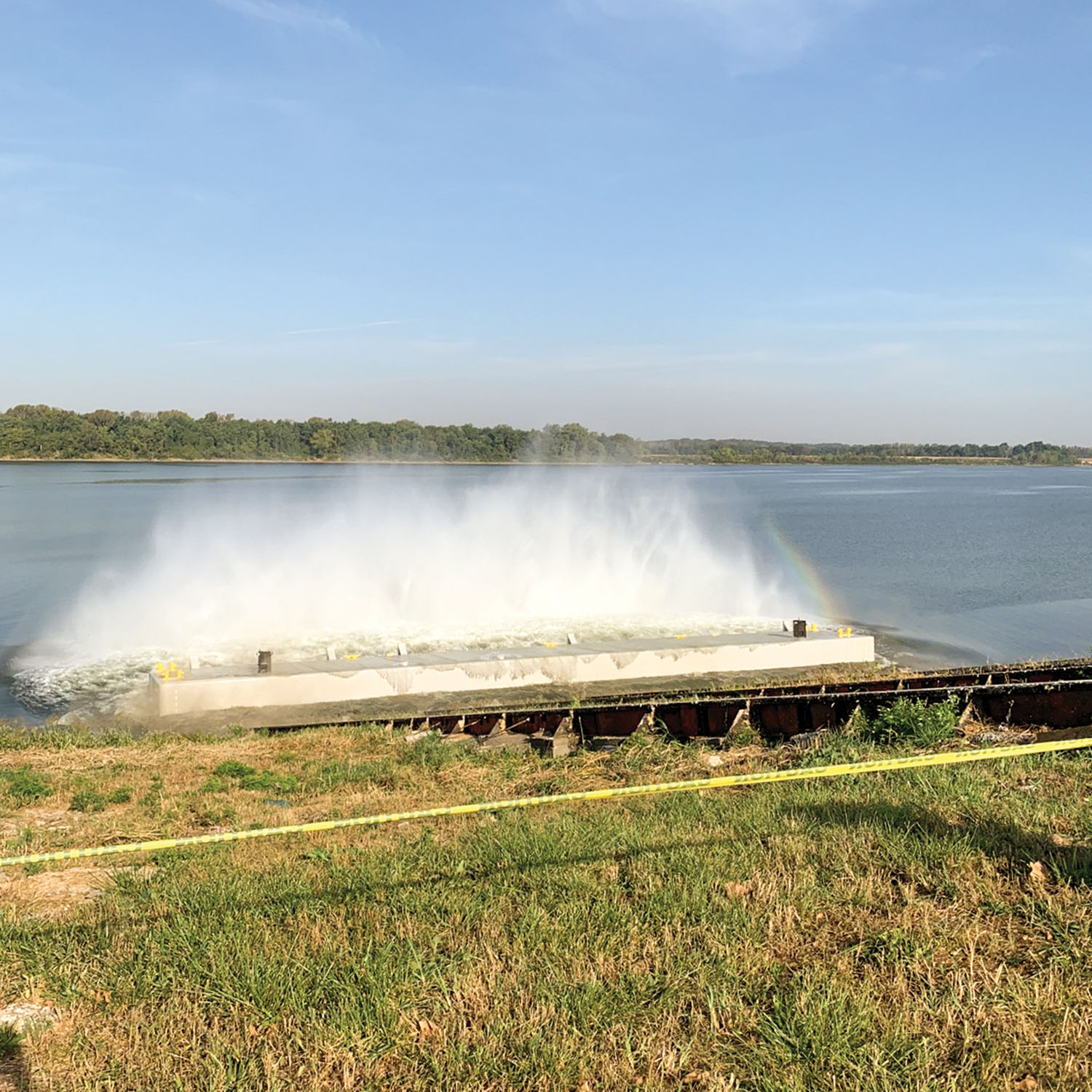 Yager Marine, Owensboro, Ky., on October 1 launched a deck barge it is building for the LST 325 Memorial in Evansville, Ind. The 140- by 20- by 5-1/2-foot deck barge is the first of two barges that will be used as a docking facility for the World War II vessel. The second barge will be launched later this month. (Photo courtesy of Yager Marine)