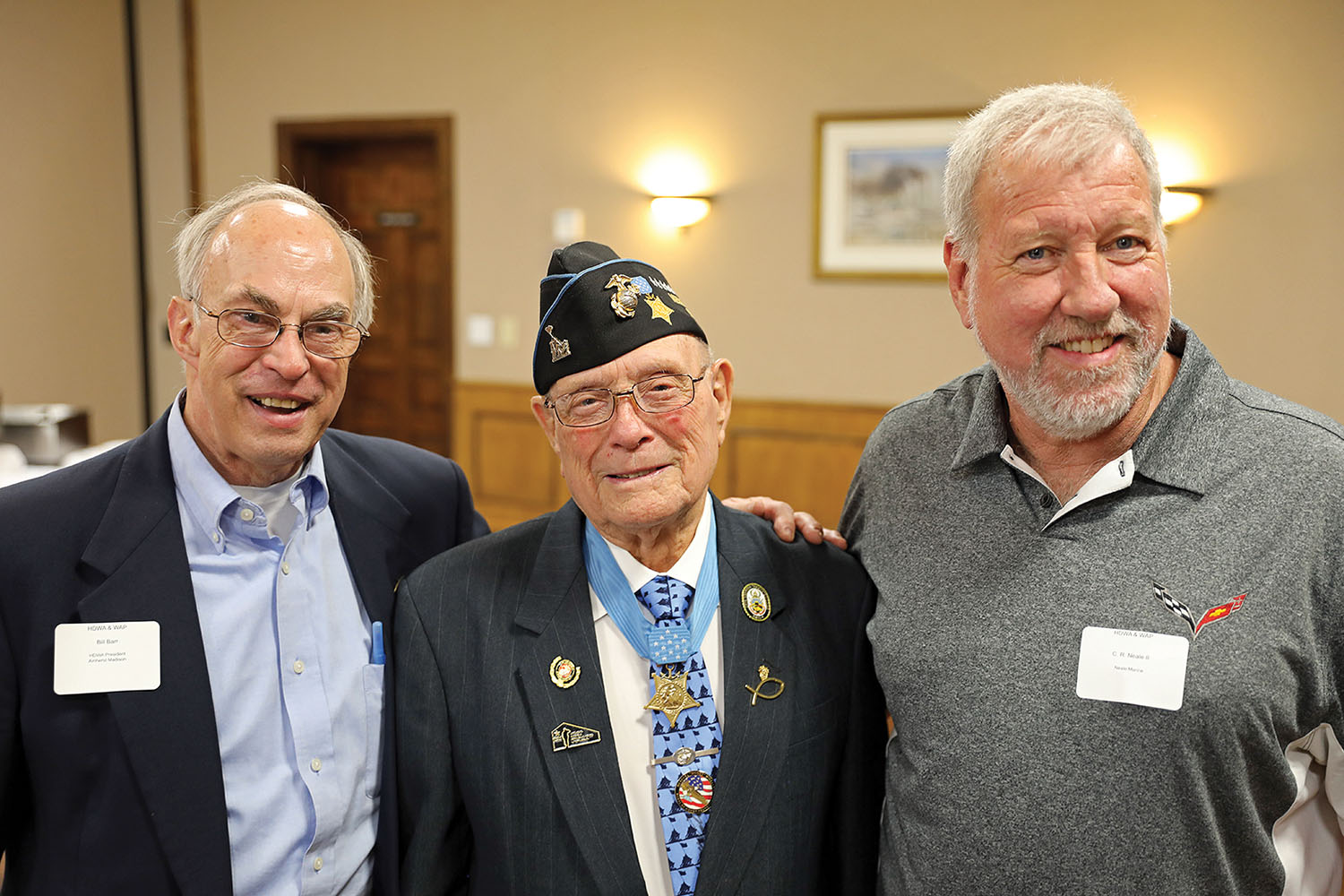 Hershel “Woody” Williams, center, who was awarded the Medal of Honor by President Harry Truman on October 5, 1945, was the featured speaker/honoree at the October 9 annual combined meeting of the Huntington District Waterways Association and Waterways Association of Pittsburgh. The meeting was held at the Lafayette Hotel in Marietta, Ohio. Williams was awarded the Medal of Honor for his actions “above and beyond the call of duty” during the Battle of Iwo Jima. During his presentation, he described his efforts on Iwo Jima carrying a flamethrower up an enemy trench under heavy machine gun fire, and in more recent years his efforts to honor Gold Star families with the construction of memorial monuments throughout the nation. Pictured with Williams are Capt. Bill Barr, left, and Capt. Rick Neale, right. (Photo by C.R. Neale III)